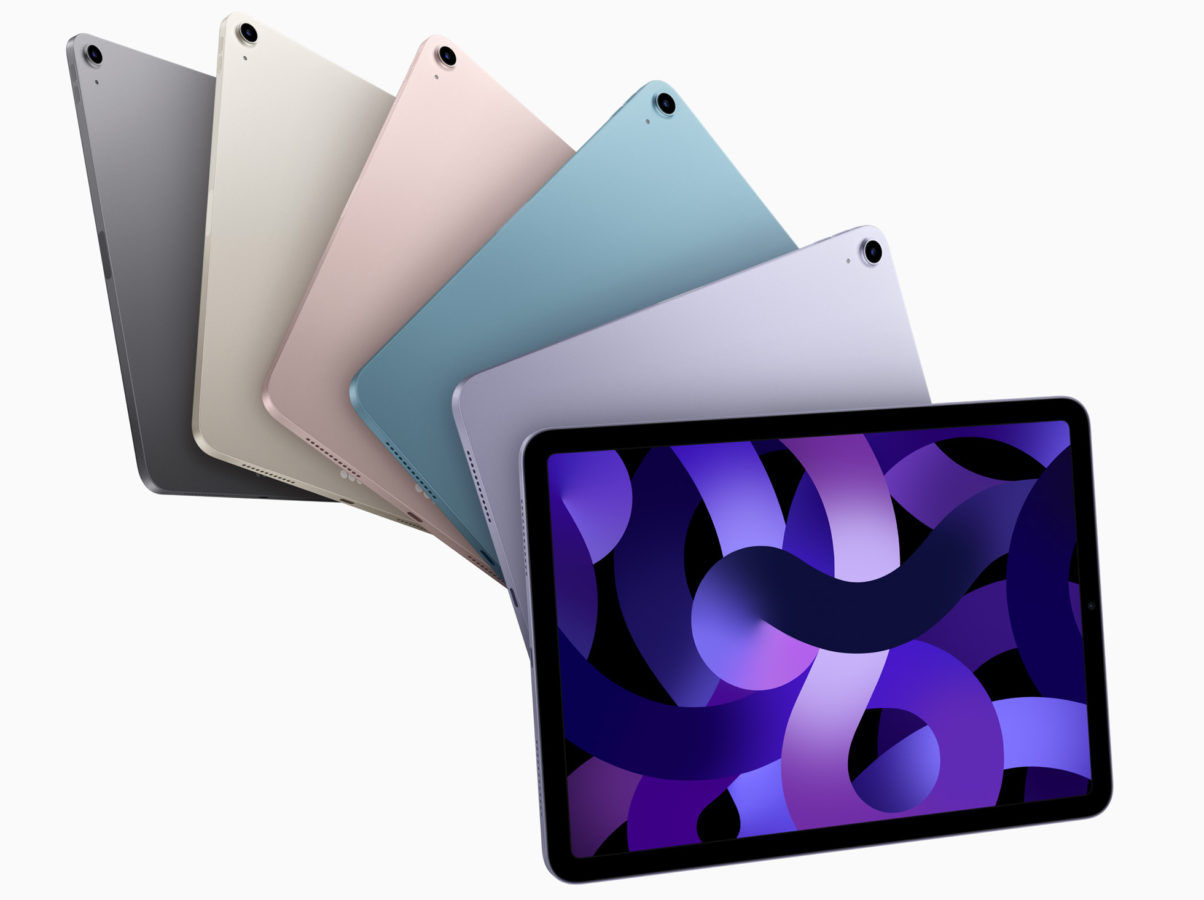 The new concept from Apple’s iPad Air team in 2022 is arguably “fit the most into the least.”

The tablet has improved leaps and bounds to be worthy of its ‘Air’ nomenclature, but its latest iteration yet, announced just last week at the “Peek Performance” event, was designed to appeal to those who want it all.

Now in its fifth generation, we’re delighted to confirm that the iPad Air for 2022 does indeed have it all. It’s delightfully lightweight — which is a major plus point for those always on the go — but more importantly, it’s the most powerful and versatile iPad Air ever made.

With people requiring more from their devices than ever before, we take a look at all the new features of the new iPad Air, and why this tablet is a tempting proposition for hardcore work and play, both at home and outside. 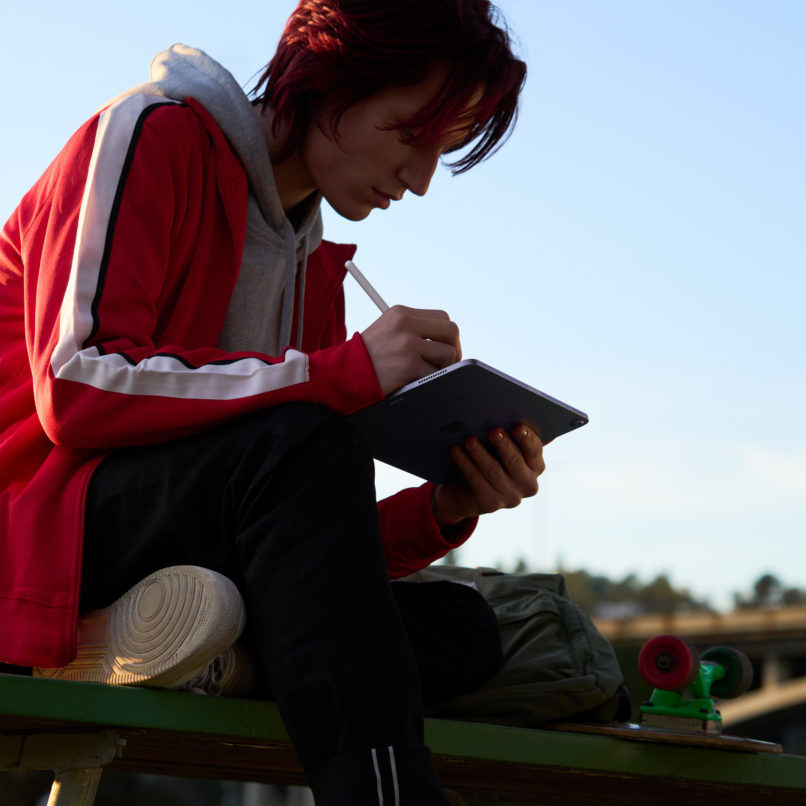 Like its previous generations and other tablet siblings, the 2022 iPad Air is sleek and stylishly minimal. Similar to the iPad Air previously, this one is compact and thin, with an aluminium chassis with flat and rounded edges that meld beautifully with the fully laminated display.

The mid-range tablet comes with a 10.9-inch edge-to-edge Liquid Retina display that makes working on it a joy. You’ll notice that the colours are more vivid and brighter, and an anti-reflective screen coating makes it easier to work outdoors or under bright office lights. If you’re a numbers sorta person, the immersive visual experience is made possible with 3.8 million pixels and advanced features that include 500 nits of brightness, full lamination, a P3 wide colour gamut, and True Tone. 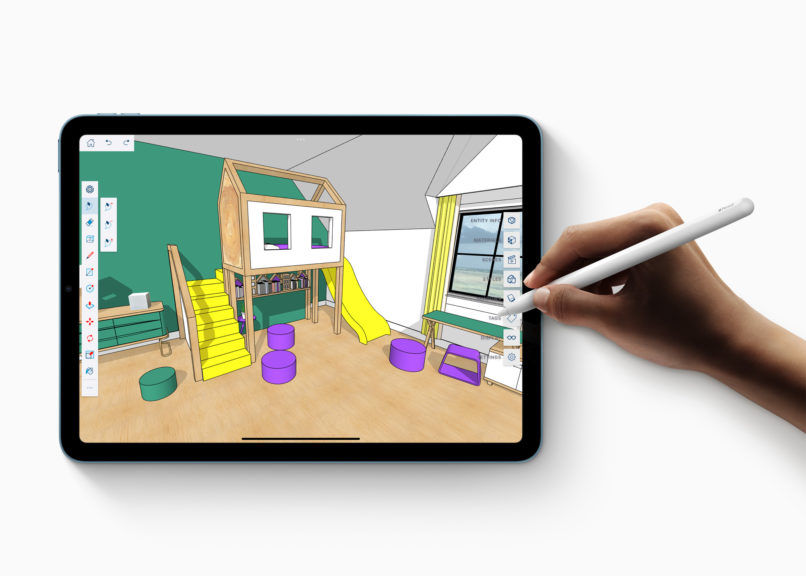 This might be Apple’s mid-range tablet but performance is top notch. It is, after, Apple’s most powerful iPad Air yet. Equipped with the M1 chip that was previously used in the iPad Pro last year, the tablet sits comfortably between the base model and top of the range Pro model to offer a giant performance boost.

And you’ll notice it. The 8-core CPU offers up to 60 percent faster performance while the 8-core GPU delivers twice the graphics performance speed as compared to its predecessor. Because the  M1 chip was designed to integrate several different components — from the CPU and GPU to the RAM and Neural Engine — the tablet is more capable than ever in accomplishing advanced machine learning functions that enable you to do things like playing graphics-intensive games and experiencing more realistic augmented reality more smoothly. 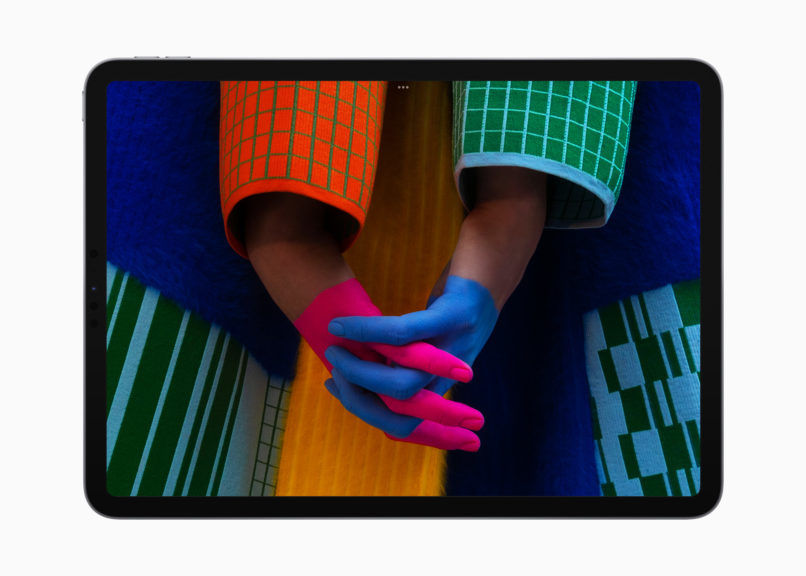 You’ll also be able to edit multiple streams of 4K video and even create 3D interior designs without lag, which is pretty impressive for a tablet that’s designed to be as portable as possible. Cellular models are also equipped with blazing-fast 5G, so you’re always guaranteed the best in connectivity. Grab the Apple Pencil and Magic Keyboard with trackpad while you’re at it, and you’ve gotten yourself the ultimate portable machine.

If you’re a movie buff, the stereo speakers in landscape mode offers a wider stereo sound when you’re streaming your favourite movies, or when you’re playing back a video you took. Unlike the iPad Pro, there won’t be Face ID in this one; Touch ID sensor remains the de facto here, and is situated at the top of the iPad Air for easy access into your tablet. 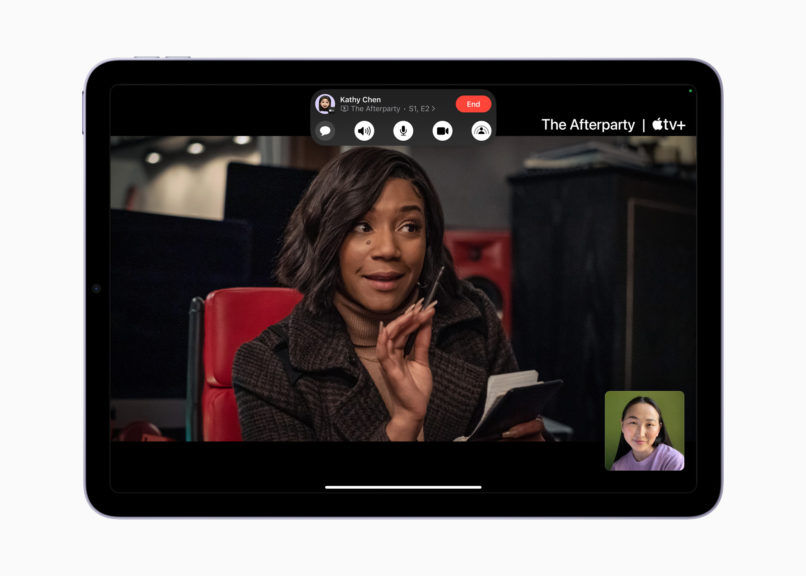 Another feature we’re grateful for is the 12-megapixel front-facing FaceTime camera that now also supports Center Stage. Previously seen on the M1 iPad Pro and redesigned iMac, the feature makes video calls even more intuitive because it enables the camera to automatically pan and zoom whenever you move. This means that you’re always in frame — especially useful for presentations which require you to move about. When more people enter the frame, the camera also adjusts to always keep everyone in sight.

At the rear, the same 12-megapixel f/1.8 rear camera as the iPad Pro takes ultra-crisp images and videos so you’ll never forget the moment. 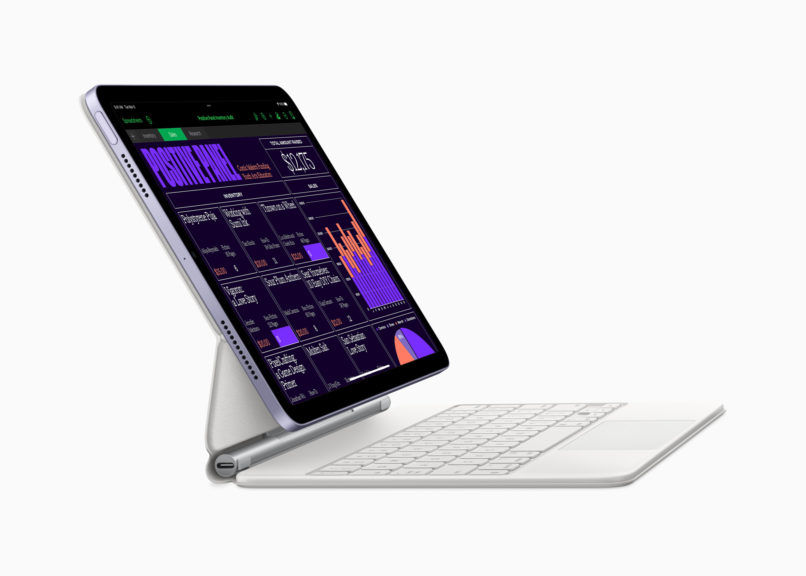 With its ultra-portability and all its updates, the 2022 iPad Air is a force to be reckoned with in the world of tablets today, and is one of the best options out there if you’re in the market for one.

The M1 chip enables not only faster and better performance, but also a better battery life. Graphics are always crystal clear and even the most complicated of tasks — from graphics-heavy games to 3D rendering — are accomplished without a hint of lag. And we all know that that only means more efficiency, more productivity, and most importantly, a lot more fun.

The new 2022 iPad Air is expected to be available in Thailand in the second quarter of 2022. For more information, visit Apple Thailand’s official website.

Apple Tech tablet ipad air iPad
Shatricia Nair
Managing Editor
Shatricia Nair is a motoring, watches, and wellness writer who is perpetually knee-deep in the world of V8s, tourbillons, and the latest fitness trends. She is fuelled by peanut butter and three cups of coffee a day.
Motoring Wellness Watches Beauty Style
Sign up for our newsletters to have the latest stories delivered straight to your inbox every week.