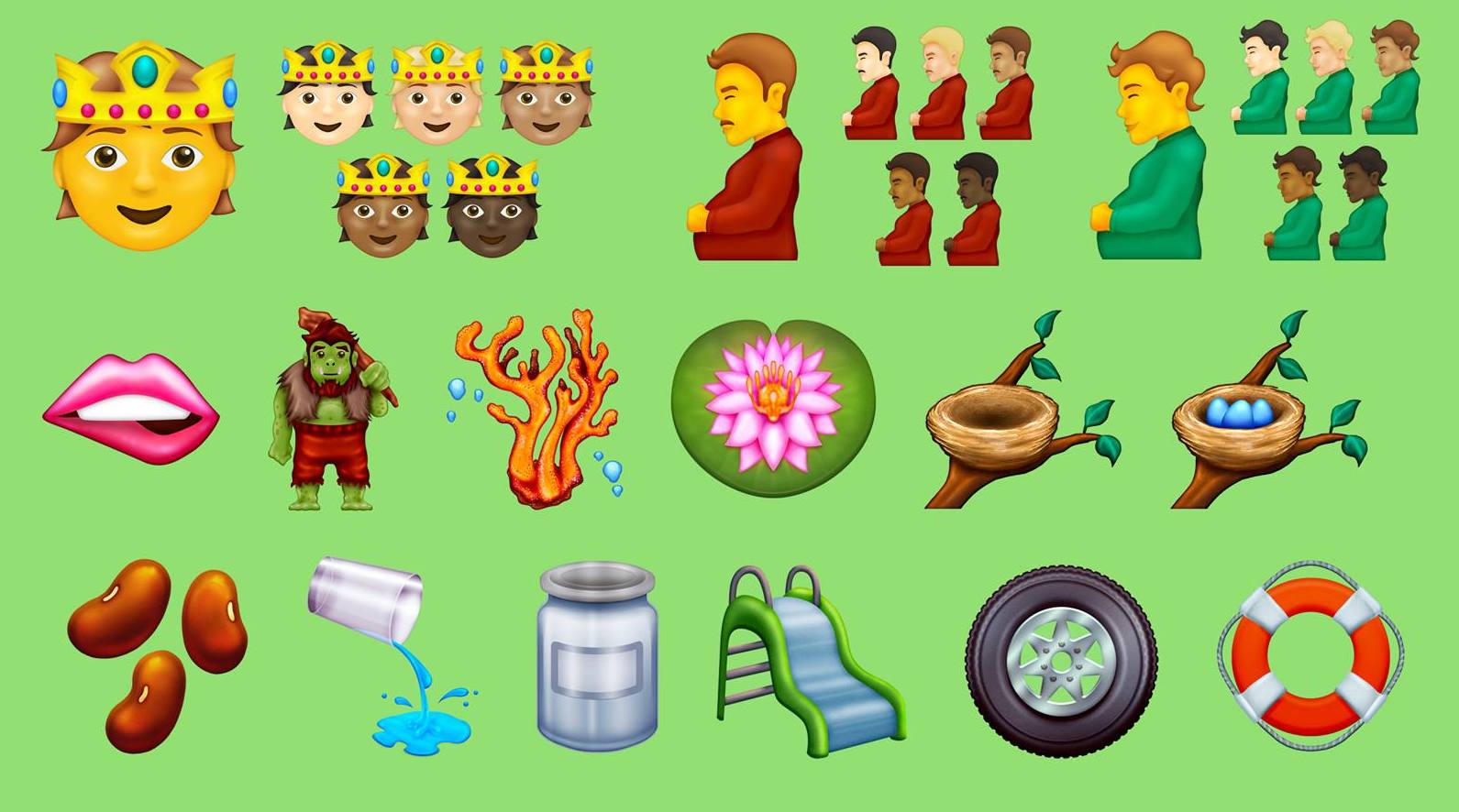 Gear
From pregnant men to disco balls: a closer look at the new emojis releasing this year
Share this article
Next article

You may have never thought that you’d need a pregnant man emoji, but someone out there surely thinks you do. Here’s what to expect from the new emojis launching this year.

Ahead of World Emoji Day on 17 July, the Unicode Consortium has released its draft list of around thirty new emojis heading for roll-out later this year. On the agenda are new facial expressions, outstretched hands, handshakes, nests, an ID card and even a troll.

In terms of emotions, the next slew of emojis promises a face with open eyes and hand over its mouth, another peeking through hands over its eyes, as well as a dotted outline smiley and one holding back tears. Various hands, in several skin colors, are also proposed, with some outstretched, others in a handshake, and some making heart shapes. Other new arrivals include crowned characters and pregnant men.

Other amusing new additions this year include a troll, coral, nests (empty or with eggs), beans, a slide, a crutch, an X-ray, a low battery, an ID card and a disco ball.

The list is expected to be finalized by the Unicode Consortium in September, before starting to roll out later this year.

Tech emojis
You might also like ...
Gear
Good to know: what do different emojis mean in different countries?
Gear
Updates from the world of apps: Clubhouse, Facebook, Twitter, WhatsApp
Food & Drink
10 vegan food apps for plant-based beginners
Living
6 free workout apps to try this weekend
Lifestyle Asia
Here's where you can read the latest news and stories from Lifestyle Asia and our sister titles PrestigeOnline and Augustman, curated from all of our editions in Hong Kong, Singapore, Kuala Lumpur, Bangkok and India.
Luxury