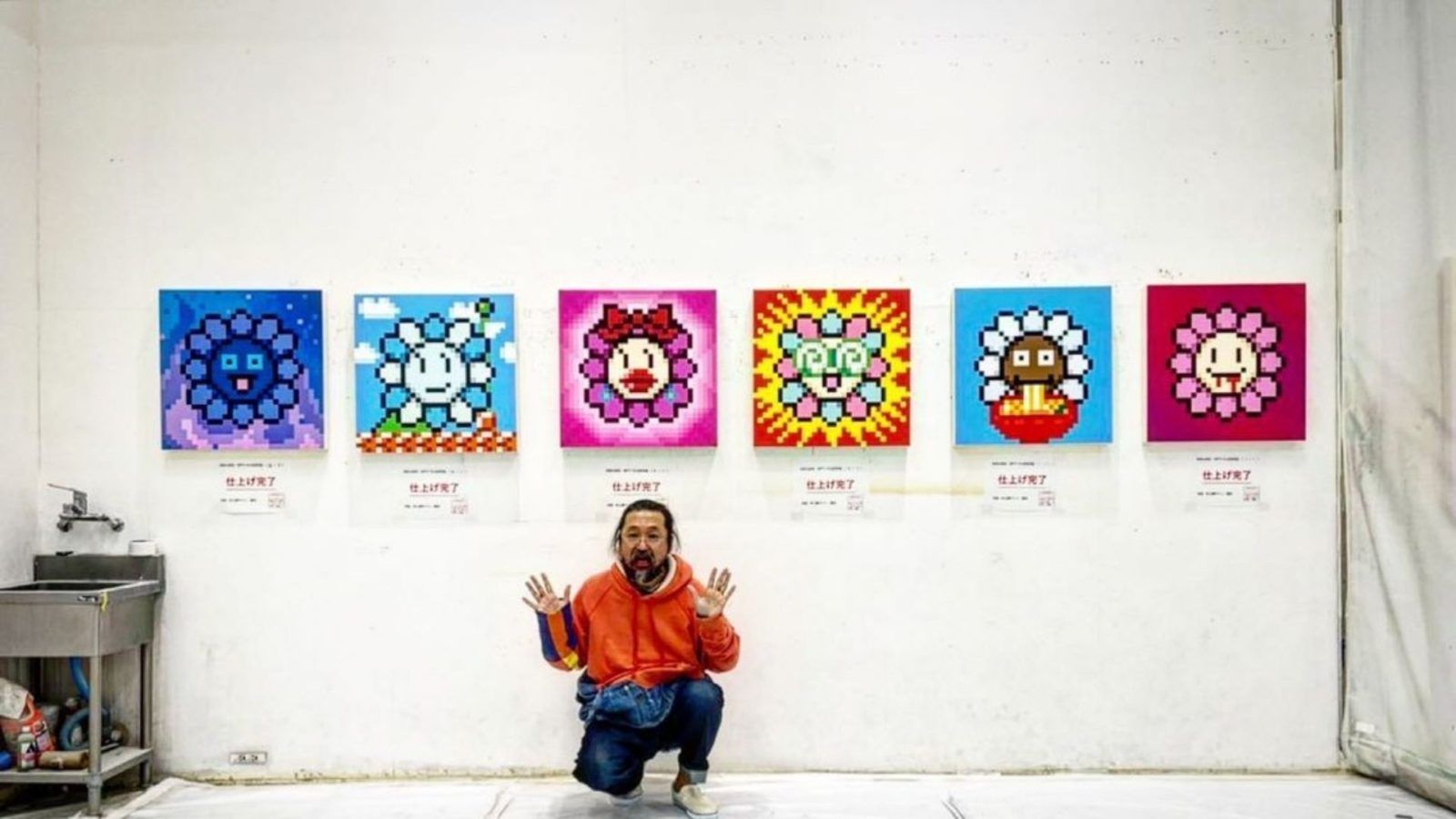 Japanese artist Takashi Murakami is taking his fame to the next level with his soon-to-debut NFT collection featuring his famous flower motifs. Named Murakami.Flowers, this collection has up to 11,664 flowers that showcase Takashi’s noteworthy artwork.

The Murakami.Flower collection features pixelated 12-petal flowers with rare expressions, traits and backgrounds. In a Twitter post he explained that this NFT project is a “combination of 108 backgrounds and flower colours that make up a field, and there are 108 fields”.

Following the success of his CLONE X series with RTFKT Studios, the famous artist teased his flower-based NFT project last year but withdrew it citing the reason for not having a firm grasp of the NFT space.

Murakami has created an interesting distribution system for his unique NFT collection as well.

Here’s what we know about Murakami.Flowers NFT project

After trading in cryptocurrencies and his successful CLONE X series launch, Murakami felt the need to bring his signature flower artwork to the NFT space. More so, the idea of making a Tamagotchi-like mobile game on a basic black-and-white screen inspired him to create the dot-art imagery.

The success of his early NFT projects, CryptoPunks and Beeple further motivated Murakami to include his artwork in NFTs. So, along with Yoshihisa Hashimoto, his game producer, he further worked on developing the Tamagotchi idea that took the form of the Murakami.Flowers project eventually.

However, in his announcement post in April 2021, he expressed, “I’m sure there is still so much about this space that I don’t understand, and I’ll be needing a lot of guidance from everyone”. Post which he pulled the images from OpenSea, just eleven days before the launch date i.e March 31 2021.

On the official website of Murakami.Flowers, the Japanese contemporary artist has outlined how he plans to distribute the 11,664 images between ‘Whitelist’ and ‘Public Sale’ categories.

Priced at 0.0727 ETH presale, ‘Whitelist’ will include 3000 holders of RTFKT’s Clone X with Murakami Drip along with 500 Murakami-related Whitelist. The remaining 500 is allocated for friends and family. If there is any unclaimed artwork, the same will be offered through ‘Public Sale’, which is priced at 0.108 ETH.

Additionally, 6,751 NFT images will be also offered through ‘Public Sale’. However, a lottery system will be followed in this case.

This is followed by ‘Lucky 727 Proof’ i.e. the distribution of 727 images, a special distribution as ‘727’ is Murakami’s lucky number.

After that, 78 varieties of his signature flowers i.e. ‘Zen Number Proof’ and 108 images of Murakami.Flowers which represent ‘Bonnō Proof’ (the number 108 denotes earthly temptations) will be released ‘when the time is right’.

Interestingly, each purchase is restricted to one flower per MetaMask wallet. More so, on the release date, each image will be sold as a ‘seed’ which can be redeemed as a flower after it is revealed in the ‘Public Sale’.

However, not much is known regarding which of the 11,664 flowers, hand-generated individually, as represented by the ‘seeds’ , will turn out to be what (the type of flower). This will be disclosed at the time of the launch.

Gagosian Gallery Takashi Murakami NFT artwork RTFKT
Moyena Parikh
Moyena loves exploring personal development and spirituality. She believes in the power of words. She is also passionate about food, dancing, finance, and her family.
Lifestyle Culture Entertainment Wellness
Sign up for our newsletters to have the latest stories delivered straight to your inbox every week.