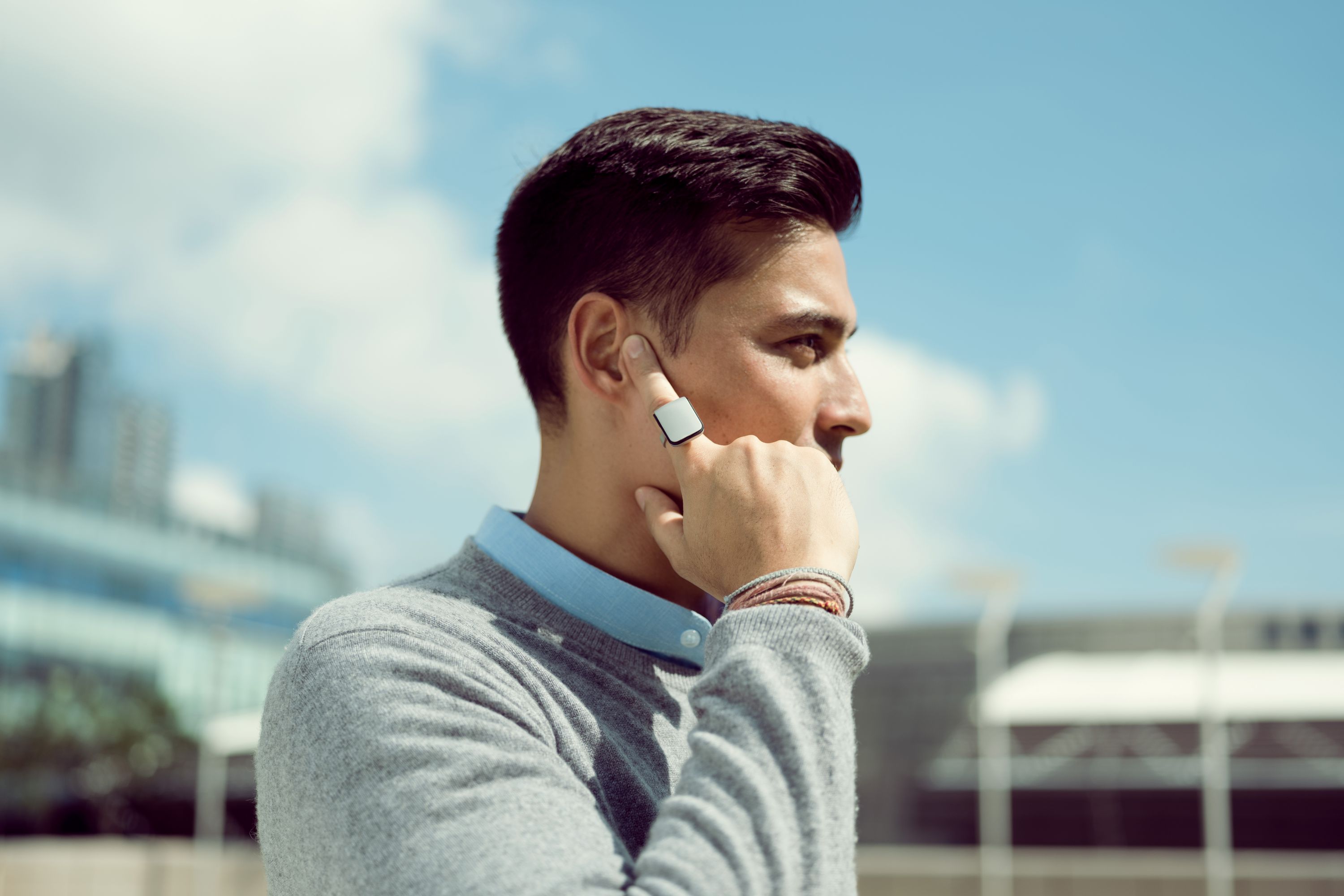 Talk to the hand: ORII Ring is the world’s first voice-powered smart ring

Gear
Talk to the hand: ORII Ring is the world’s first voice-powered smart ring
Share this article
Next article

Following tech trends is a difficult contradiction in itself: while increasingly sleeker smartphone models with larger screens have become the go-to for tech-heads, other devices such as Bluetooth headsets and smart headphones offer a more hands-free lifestyle so we can keep our phones firmly in our pockets — while still managing calls, texts and schedules with ease. Now with the ORII Ring by Origami Labs, you can do all of the above with just an easy tap of the finger, without needing an earpiece in the whole day.

Founded by four Hong Kong-born buddies who met during their HKUST MBA programs, Hong Kong-based Kickstarter project Origami Labs encourages a more screen-free lifestyle by focusing on improving user interaction with smartphones. Particularly for CEO Kevin Johan Wong, whose visually impaired father is a pioneer in voice- and text-based technology with eight patents under his name, creating technology that can streamline our lives was very much part of the dream.

Origami Labs’ first product, the ORII Ring, utilises a pioneering bone conduction technology — derived from medical-grade hearing aid devices — to turn your ring-wearing hand into what is essentially a remote control for your smartphone. Unlike traditional Bluetooth headsets, which are mostly made for VIPs and taxi drivers who make exhausting, long calls every day, the ORII Ring is made for those who handle more texts than calls, and prefer to not wear an earpiece all day. Namely, you and I.

Connected through bluetooth, ORII allows you to make or take calls, send and receive messages, add events to your calendar, or command Siri or Google Assistant just by placing your fingertip to your ear. The so-called ‘bone conduction’ technology sends sound vibrations through the finger and directly to your cochlea, bypassing the eardrums; so no, you don’t stick your fingers in your year like some toddler, instead you can just lightly tap the outside of your ear for magically clear audio.

The ring’s dual noise-cancelling microphones also make sure you can give commands clearly without having to take out your phones. Through the ORII iOS and Android apps, you can also pick custom LED lights and vibration alerts. Finally, the ring has passed IPX7 water resistance training, which means it’s splash proof and you could wash your hands with it still on — although they don’t recommend showering with the ring on.

To us, in its first stage, the ring looks just a tad clunky and not quite yet stylish enough as an accessory that you would want on your hand every day. Instead, it resembles more of a mini USB stick on a ring. (But, it is a far cry from its initial prototypes which looked like a wearable robot hand.) As well, the single gesture that allows the bone conduction technology to conduct sound currents, unfortunately (or fortunately, depending on where you stand) can also make you look like you’re pretending to be a secret agent as you tap your invisible earpiece. Whether or not this is discreet enough for your daily use is a subjective matter, but it could prove very useful for taking short calls and messages during meetings.

These potential drawbacks haven’t stopped backers at all, by the way. Since its launch last month, the ORII Ring has achieved its Kickstarter crowdfunding goal of US$30,000 in just seven hours upon launching, and today it’s reached well over 10 times its initial funding goal. Undoubtedly, people really want the ORII Ring’s cutting edge technology. It’s even been projected by the CCS Insight report that the market value for similar smartphone accessories will reach close to US$34 billion by 2020.

In a world today where ‘smartphone neck’ can be considered an epidemic, those who prefer not to have their eyes glued to a screen may decide that the ORII Ring is exactly the type of innovation they need. The ORII Ring ships to beta testers worldwide by November this year, and to all backers by February 2018.

Pledge as a backer to get your own ORII Ring via Kickstarter here.