Home > Gear > Tech > From Nike to Balenciaga, these brands are making it big in the metaverse 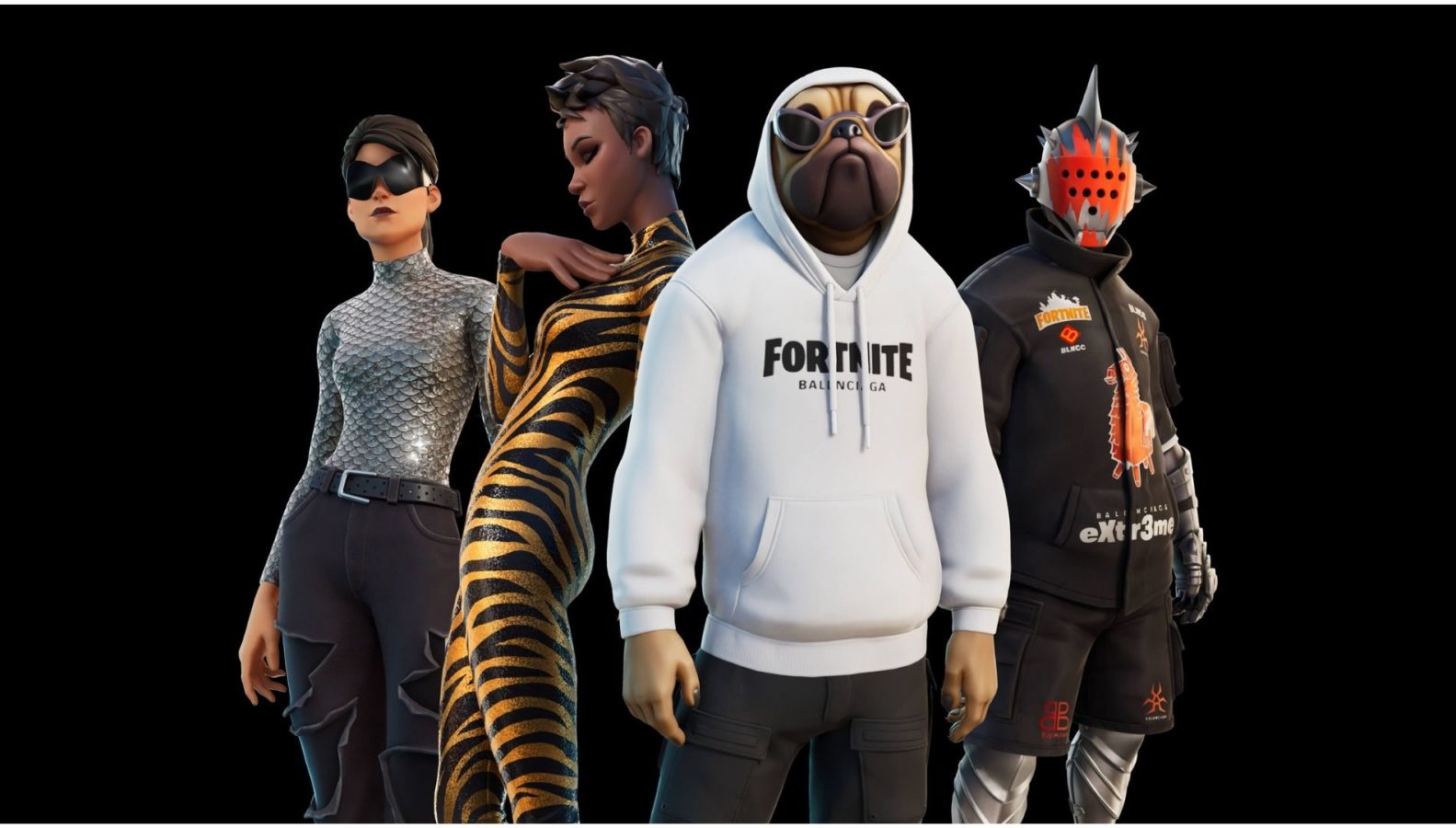 Gear
From Nike to Balenciaga, these brands are making it big in the metaverse
Share this article
Next article

Remember when Facebook rebranded to Meta, and suddenly the world went crazy over NFTs and the digital realm? Here are the major luxury fashion brands that quickly took action, and have set up shot in this new metaverse.

Ever since Facebook CEO Mark Zuckerberg renamed his company Meta, there has been an increased interest and curiosity about the digital realm of non-fungible tokens or NFTs. Digital art collectables, life-like avatars, their high-end accessories, clothes and even skin, NFTs make up one of the largest markets virtually with a business potential worth billions. In fact, the NFT world also saw the emergence of its first billionaires — co-founders of NFT platform OpenSea recently.

Moreover, it is no longer a domain only for tech wizards and gamers. Luxury fashion brands have joined hands with NFT developers or have themselves launched their NFT collections in the Metaverse.

From jackets, hats, limited edition bags and jewellery, these signature items are available for you to lay your hands on but only virtually.

The Italian fashion house’s NFT experiment was launched in May 2021 when Gucci unveiled its first NFT-related product. Interestingly, it wasn’t really about fashion for its centenary celebrations. It is a four-minute film, Aria, co-created by Gucci’s creative director Alessandro Michele and director Floria Sigismondi to accompany a runway show by the former.

As part of the “Proof of Sovereignty” sale organised by Lady PheOnix, a digital artist, the film sold for USD 25,000 by art auction house Christie’s. All proceeds from the sale would go to UNICEF USA for COVID-19 vaccine initiatives.
This is not the first time Gucci stepped into the metaverse. It had unveiled one of its first ranges of digital fashion products, and it wasn’t even considered an NFT.

Remember: this Roblox purse is not an NFT and thus has no value/use/transferability outside the Roblox world-yet it’s worth more than the physical one.

The virtual version of the Gucci Dionysus bag was sold for USD 4,115 on the gaming platform Roblox, using 350,000 Robux currency.

This is no regular mobile game. Embedded with 30 NFTs, the game chronicles the journey of the fashion house’s mascot Vivienne. The wooden doll, bearing the flower monogram of the LV brand, completes several quests as it makes its way through the long Louis Vuitton history.

Made in collaboration with NFT artist Beeple, the art collage stood at an estimated value of USD 69.3 million. However, the NFTs used are only a part of the game’s collection and are not open for public selling.

This is not the first LV game to be produced. The fashion house debuted in the gaming arena in 2019, with the launch of Endless Runner. Featuring retro 16-bit style gameplay, the game was inspired by Virgil Abloh’s FW19 Runway collection.

Sneaker enthusiasts can try on the new pieces from the Nike range, but they cannot be worn in real life. Entering the virtual NFT world, the sneaker giant acquired the digital sneaker brand RTKFT on 14 December 2021.

Established in 2020, RTKFT was co-founded by Benoit Pagotto, Chris Le and Steven Vasilev and is dedicated to blurring the lines between sports, gaming and sportswear. In early 2021, RTFKT teamed up with “Fewocious”, a popular crypto artist, and sold around 600 pairs of shoes, fetching a whopping USD 3.1 million in under seven minutes.

RTKFT launched a virtual “try on” session of the sneakers on Snapchat, after which bidders could enter the digital auction. The winners were given the physical shoes, but the real coveted asset remains the digital ones.

RTFKT is now a part of the NIKE, Inc. family. 🌐👁‍🗨 pic.twitter.com/5egNk9d8wA

Ever since RTKFT studios shared the news of joining the Nike Inc. family, its craze has increased exponentially. Many of their virtual shoes have strong resemblances and are inspired by Nike signatures like Air Jordan 1 and Air Force 1.

“This acquisition is another step that accelerates Nike’s digital transformation and allows us to serve athletes and creators at the intersection of sports, creativity, gaming and culture,” Nike President and CEO John Donahoe said in a release. “We’re acquiring a very talented team of creators with an authentic and connected brand. Our plan is to invest in the RTFKT brand, serve and grow their innovative and creative community and extend Nike’s digital footprint and capabilities,” the release reads.

The British luxury fashion house collaborated with Mythical Games to launch its first NFT in the latter’s game titled Blankos Block Party. If you are a passionate collector of toys in the real world, then be assured to be hooked on to this virtual world full of vinyl toys called Blankos.

#TheBSeries presents our NFT, Sharky B, and accessories collection. Styled with our #TBMonogram, the exclusive Burberry Blanko vinyl NFT toy will be available in limited quantities to collect in the game Blankos Block Party from today 11pm BST, 3pm PST https://t.co/RhCv8gGvgp pic.twitter.com/nAcyc8QyNw

The multiplayer game allows players to buy and trade NFT toys and has several gaming modes and levels where they can enjoy completing various quests and challenges. Burberry’s limited-edition and limited-quantity NFT in this Mythical Games gaming arena is called Shark B, which is a shark figurine bearing the TB Summer logo.
The fashion house has also launched many NFT accessories that can be bought for Shark B and used on any other Blanko in this game.

According to an Esquire report, the game was included in the list of ‘top 5 NFT MMO games to check in 2021’.

The first fashion brand to partner with the online game Fortnite, Balenciaga proposed to sell four signature items from its collection to serve as skin and accessories for avatars in the game.

The luxury fashion brand’s creative director, Demna Gvasalia, always has something new to offer and this time, blurring the lines between physical and digital, Balenciaga’s model has been made into a digital avatar called ‘Doggo,’ who wears Balenciaga outfits in the Fortnite arena.

Additionally, three other Fortnite avatars get a Balenciaga makeover — Banshee is seen in a tiger-striped bodysuit; Ramirez wears a sequined top paired with a pair of tattered jeans; while Knight gets Balenciaga armour boots with a hoodie and shorts.

Users who make these extravagant Balenciaga purchases on Fortnite can submit photos of their avatars to be included on billboards of the game’s town square as well as enter a Balenciaga store to perform a custom dance. In real life, people can walk up to the Madison Square Balenciaga store and shop the Fortnite x Balenciaga collection.

Imagine wearing a hoodie that can be scanned to reveal your own NFTs, that too on the go. Yes, this is no longer a futuristic concept to be actualised. Fashion brand Overpriced.™ has released a collection of such NFT hoodies, containing codes that are exclusive to the buyer.

But what if you lose the hoodie or someone steals this coveted asset? Not to worry. Reports suggest that Overpriced.™ will give a new code to the buyer and the old code will become invalid for selling.

Ten of these tech hoodies were sold for a price of USD 26,000 on the NFT market platform Block Party at its debut auction on 13 April 2021 and the remaining 25 were gifted to influencers in the music and fashion industry.

Launched by Impossible Brief’s James Zwadlo and Chris Levett (the creative team behind the Patrick Mahomes NFT), along with Leighton James (of electronic music production duo Adventure Club), Overpriced.™ is aimed at bridging the gap between technology and clothing.

Gucci NFTs Balenciaga collection Nike sneakers NFT artwork
You might also like ...
Style
Wait, did H&M actually open its first virtual store in the metaverse?
Style
Nike enters the Metaverse with NFT shoe studio
Style
How Meta (the new Facebook) will change the fashion industry
Gear
Facebook is now Meta: the best Twitter reactions to the rebranding
Trinetra Paul
An ardent foodie, Trinetra seeks every opportunity of travelling and writing. Storytelling and slam poetry are her go-to jam. Her lazying around ideas includes binge watching and whipping up some snacks or searching the next place to visit.