Home > Living > Why 2021 is the year of the sound revolution 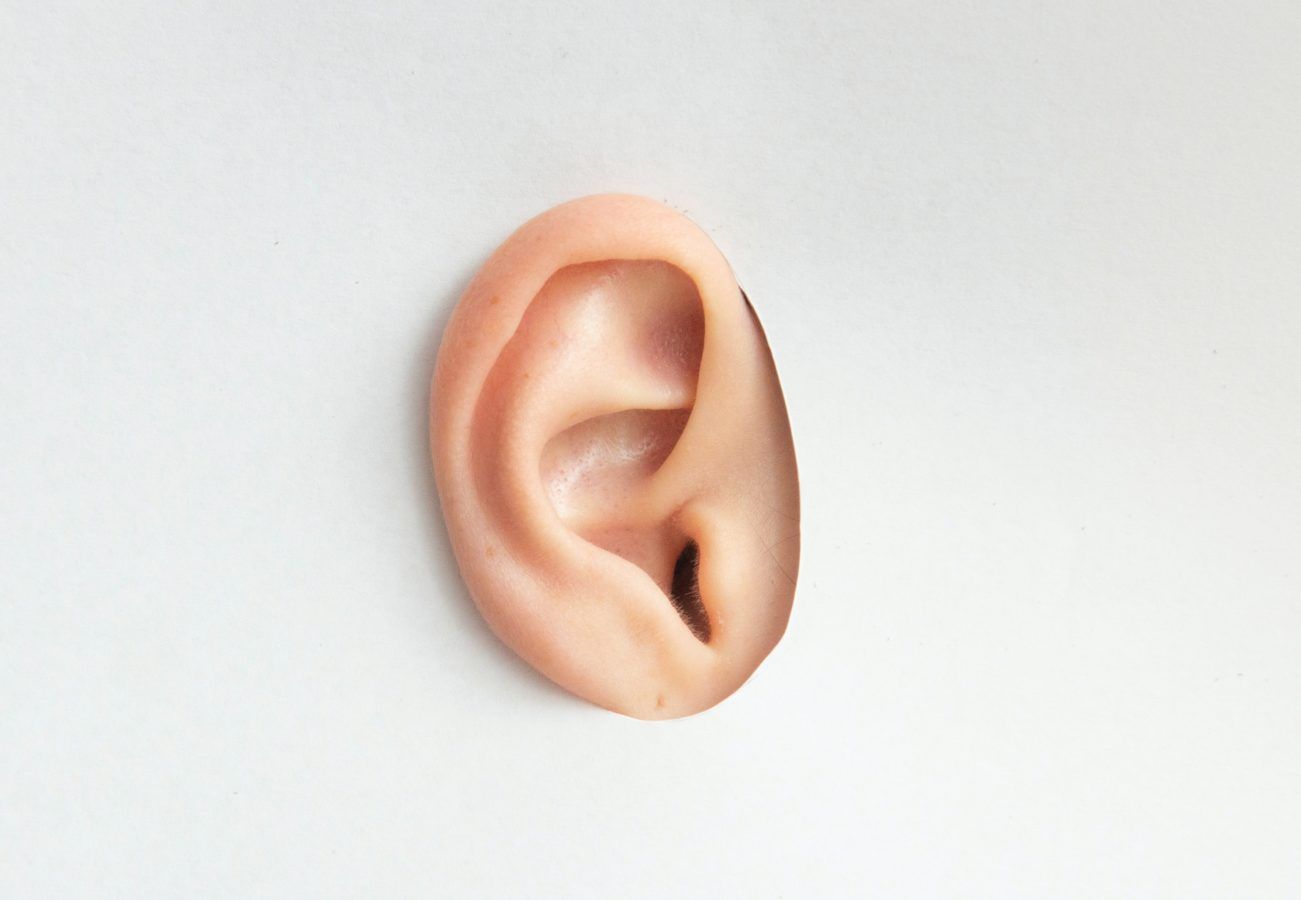 Why 2021 is the year of the sound revolution

With the pandemic happening across continents, we sought escape in sound in order to connect to each other.

Listening to podcasts exploded across the world. And the whole universe of voice has expanded as well, with more sophisticated headphones and smarter voice assistants heralding the widespread use of voice commands. Welcome to the age of social audio.

At the time, one could still meet on restaurant patios. And they were heated. That was a few years ago, in Paris, a thousand years ago. We were talking to Joël Ronez, who had just created Binge Audio, one of the first podcast studios in France. He already had the faith, but not yet the numbers to back it. It was in 2017. He was predicting the dazzling development that audio content creation was about to experience, freed from the constraints of radio programming. There would be something for every temperament, every eardrum. Cheap to produce, this native audio medium would let voices muted until now be heard.

The history of the podcast “[…]is first of all, an explosion of creativity and micro communities”, according to Ronez. The moment we started talking about subjects that had not reached the mainstream media. The new feminism, periods, sexuality, gender, in particular. Since then, the podcast has flourished. Even those who don’t listen to them like them. Because there is a calm regained in the intimate moment of listening. A moment to oneself, which contributes greatly to the success of this old-new medium. “The eyes are saturated, the ears take over,” summarizes Bruno Patino, the CEO of Arte, the culture-focused European TV channel, in “La civilisation du poisson rouge.”

With our neurons fatigued by the flux of our social networks, we begin to appreciate finite forms anew. A small sequence with a beginning and an end. And the voice, which touches our feelings.

Headphones: a world on demand

So much for the emotional story of the podcast. But underneath lies another story. The story of “on-demand,” where all activities are available when one wants, where one wants, at the speed one chooses. Thanks to our smartphones, we have become the center of our own world. There is no longer “the program,” there is “my program.” The biggest audience hits in France are actually radio programs made available to the public on replay; listeners enjoy them at the time that suits them (this represents three-quarters of podcast listening in France).

Online audio, social audio, is first and foremost, “audio when I want it.” It is also the convergence of an ultra-fast connection and a pair of headphones, now in (almost) every ear. Since the first Walkman in 1979 became a runaway success, we’ve gotten into the habit of walking through life with our own soundtrack. And the constant improvement of headphones up to the current AirPods, which are almost like augmented ears, obviously boosts listening.

The increasing popularity of digital audio is also due to the development of new smartphones with greater download capabilities. “In February 2019, 76.3% of individuals owned a smartphone in France. And most of them have a capacity of up to 256 GB, going up to 512 GB on the latest models launched in France. This represents all the more content available offline on audio streaming applications,” explains consultancy firm Sia in its report on to the development of digital audio, released in August 2020.

Ever higher-performance headphones, smartphones as powerful as the computers that sent the first rocket to the moon, and ultra-fast connections: audio has thus crept into every moment of our lives.

Half of US residents are regular listeners

In the United States, nearly half the population of listening age listens to digital audio every day and in November, 75% listened to some form of online audio, according to the recent The Spoken Word Audio Report by NPR and Edison Research. Digital audio use is spreading and becoming morewidespread. Today, podcasts are no longer reserved for the educated elite across the Atlantic.

In France, the age ranges of listeners are broadening and podcast consumption is slowly spreading beyond the upper middle classes. “Listening to audio content on digital (streaming platforms, websites, applications) has increased by 20% since the beginning of the lockdowns. More than 8 out of 10 French people now prefer this medium to listen to music, radio or podcasts, compared to 6 out of 10 before, according to a study by trend consultancy Viuz.

And this enthusiasm will not peter out, because podcasts are becoming more and more qualitative and more adapted to our lifestyles every day. For Kamel El Hadef, co-founder of Audion, an agency specializing in audio monetization, “the vitality of digital audio consumption despite the change in French people’s habits allows us to predict an increase in consumption in the future. It is noticeable that, although the French are do not have daily commutes, are working from home and don’t go out much at the moment, podcast consumption remains very active.”

The use of audio responds to our connected lifestyles. It is the companion medium par excellence. Studies worldwide show usage coupled with another activity – walking, in public transport, driving, hanging up the washing, and working. It is the medium of multitasking. Which isn’t necessarily good for our already wrung-out brains, but it is considered “practical” by 50% of Americans, who explain their appetite for audio thus. As for reading books aloud, which was thought to be for children or the visually impaired, it is becoming unexpectedly popular. “I listen in the evening before going to sleep, or in moments of insomnia,” says Lionel, 49 years old, while avid reader Fabrice, 53 years old, says, “I don’t have time to read, so I listen when I’m out and about.”

The age of the voice

After the keyboard and the tactile, it is the voice with which we will soon activate all the objects that surround us. “Connected speakers represent the advent of voice as a new media in its own right,” believes Sia. Artificial intelligence (AI) has made it possible to develop voice assistants like Siri or Alexa, capable of understanding our oral requests and transforming them into action or response.”

For the moment, this still evokes smiles, because Siri, Apple’s vocal assistant, is sometimes visibly disconcerted by our questions, even though she is making progress every day, with answers more appropriate to the cultural context. An Italian friend asked her if God existed, to which Siri replied, “Everyone believes what they want…”, while in France she answered, “For me religions are a great mystery…”.

Vocal assistants are for the moment more adept at following simple commands than at answering complex questions. But this is only a first step. And for the younger generation, talking to an assistant or their cell phone has become natural… More recently, new tools have developed that could profoundly change our daily habits, such as cars with on-board voice assistants and all the other voice-controlled connected objects recently developed for our homes, as the Sia report on audio notes.

And the money? Who profits, who loses?

As with the arrival of any new media, the revenues are not really coming in yet…And it is often the middlemen, the platforms or the manufacturers of assistants who profit while content is still finding its way. But brands are entering the field, taking advantage of the novelty, of an as-yet unsaturated market and of the good retention of audio messages, as our brains hardly absorb anything anymore the rest of the time. For James Cridland, editor-in-chief of Podnews, speaking at Innov’Audio, a virtual conference on innovation organized by the French Alliance pour les Chiffres de la Presse et des Médias in early December, audio is developing ultra-rapidly and globally. So… are you ready for the Sound Revolution?

Tech audio podcast
You might also like ...
Gear
Good Life Gadgets: LG is launching a transparent television
Living
The 5 biggest fitness trends we’re expecting in 2021
Living
5 wellness podcasts to start the year calm, cool, and collected
Culture
Netflix aims to present its series and films in podcast form
Staff Writer
Tech
Sign up for our newsletters to have the latest stories delivered straight to your inbox every week.

The most expensive houseplants in the world