Home > Living > Film & TV > A first look at ‘All of Us Are Dead,’ the next big Korean Netflix zombie thriller 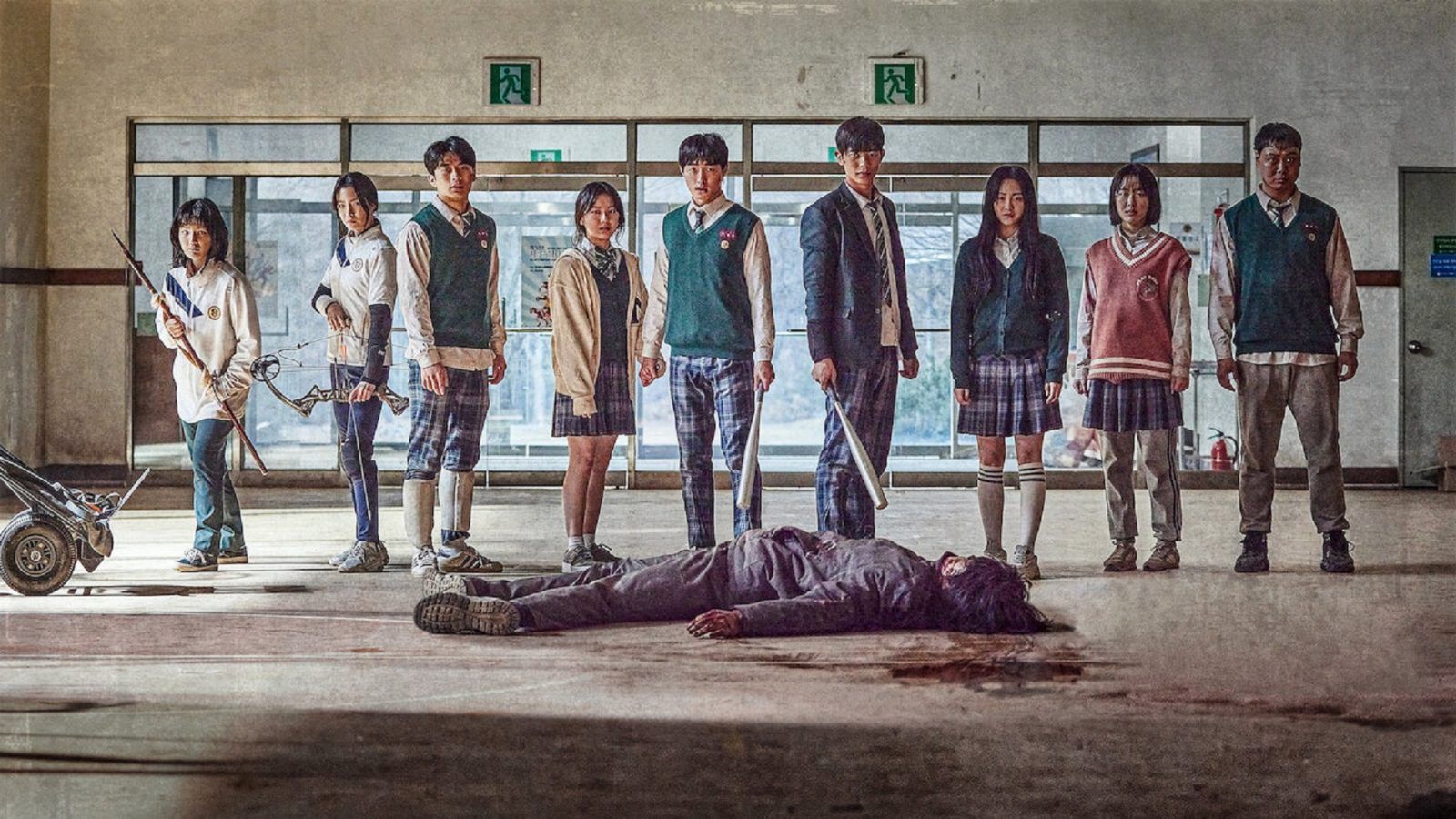 A first look at ‘All of Us Are Dead,’ the next big Korean Netflix zombie thriller

Living
A first look at ‘All of Us Are Dead,’ the next big Korean Netflix zombie thriller
Share this article
Next article

Following the incredible success of zombie thrillers such as Kingdom (2019—) and Train to Busan (2016), a new Korean series titled All of Us Are Dead is gearing up for release on Netflix.

Through the teaser, Netflix revealed the first episode will hit our TV screens on 28 January 2022. Created by Lee JQ, Chun Sung-il, and Kim Nam-su, All of Us Are Dead stars Park Ji-hu, Yoon Chan-young and Cho Yi-hyun as leads.

What is All of Us Are Dead all about?

The plot and the teaser

“A high school becomes ground zero for a zombie virus outbreak. Trapped students must fight their way out — or turn into one of the rabid infected,” reads the official synopsis on Netflix.

The teaser gives us a quick but an immersive look into what to expect from the show.

The flashing scenes reveal a zombie outbreak in South Korea where people are rapidly turning into mindless monsters. The focus remains on the school, which will be the setting for the series and the story.

Affected young children, still in school uniform, become unrecognisable as their bodies contort and a blood-lust takes over.

However, some brave students try to fight back, with one firing an arrow at something out of the frame.

In just 23 seconds, the teaser will give you goosebumps while leaving you intrigued.

The cast and the crew

Park Ji-hu, who is one of the leads, had in 2018 shot to stardom with her critically acclaimed performance in House of Hummingbird.

The Korean series, which is based on the webtoon Now at Our School, will be co-directed by Lee JQ alongside Kim Nam-soo.

South Korea Netflix zombie teaser Korean series All of Us Are Dead
You might also like ...
Living
Why ‘The Silent Sea’ is about to be our new Korean sci-fi series obsession
Living
10 Korean celebrities who became major brand ambassadors this year
Culture
26 Korean words added to the Oxford English Dictionary: how many do you know?
Style
10 Korean fashion influencers to follow on Instagram
Manas Sen Gupta
Manas enjoys reading detective fiction and writing about anything that interests him. When not doing either of the two, he checks Instagram for the latest posts by travellers. Winter is his favourite season and he can happily eat a bowl of noodles any time of the day.
Travel Culture Entertainment Food
Sign up for our newsletters to have the latest stories delivered straight to your inbox every week.