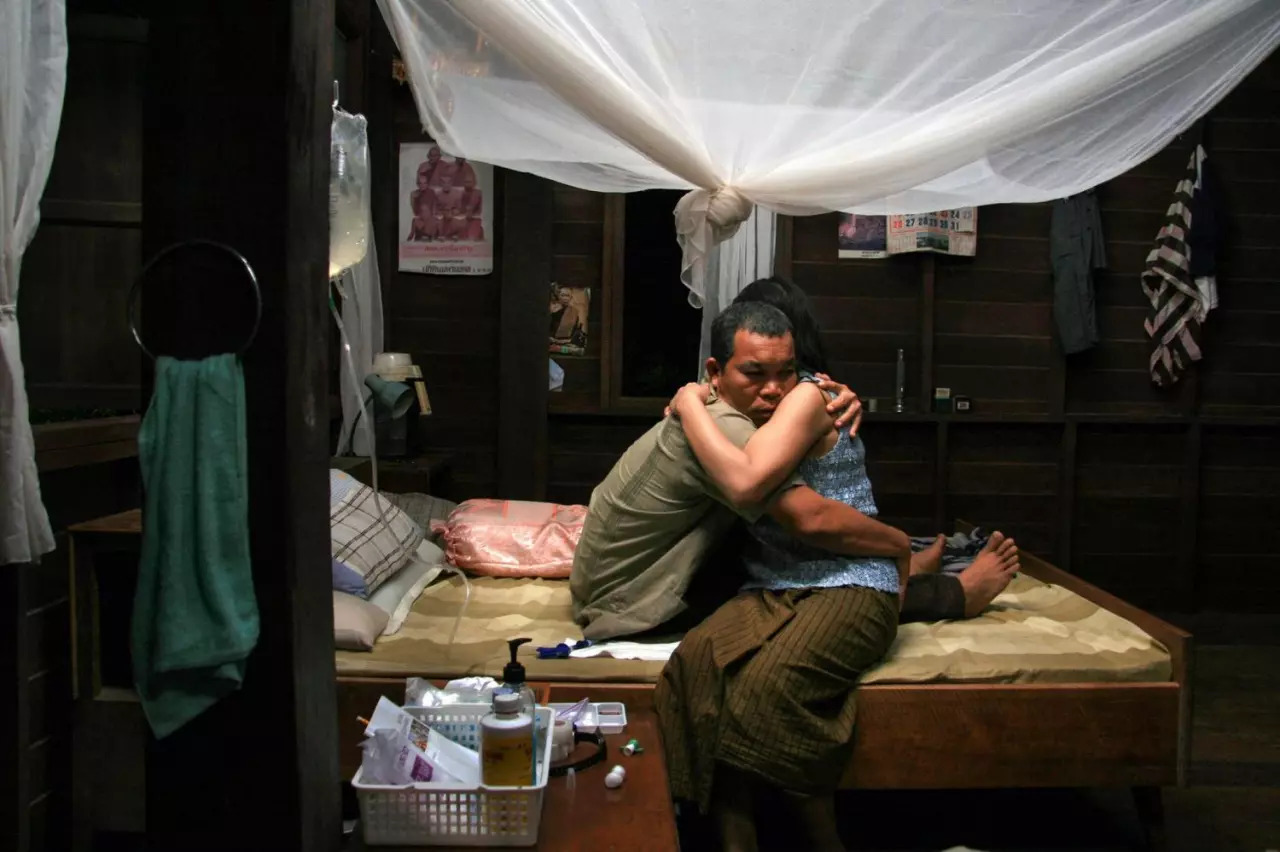 Apichatpong Weerasethakul at Cannes 2021: 6 facts about the award-winning Thai director

Living
Apichatpong Weerasethakul at Cannes 2021: 6 facts about the award-winning Thai director
Share this article
Next article

Thailand’s leading auteur and director is often praised as a central figure in contemporary cinema, and internationally recognised for his amazing work. His films have been screened at many international festivals and received enthusiastic reviews and awards. Now that he’s made a name for himself again since his last Palme d’Or win in 2010, let’s get to know him more with these 6 facts about him.

1. Memoria is Apichatpong Weerasethakul’s first film to be directed outside of Thailand

Both written and directed by Weerasethakul, this Jury prize-winning flim had its world premiere at the Cannes Film Festival 2021. Not only is this his very first non-Thai film with a fully international cast, but it’s also a co-production between Thailand, Colombia, and several other countries. Starring Tilda Swinton, it follows a Scottish orchid farmer visiting her ill sister in Bogotá. As she’s on the move through the country, she suffers a mysterious sensory syndrome. Thereafter, she sets out to locate the mystery sonic sound that haunts her life.

2. He’s well-known known for his 2010 Palme d’Or prize-winning film Uncle Boonmee Who Can Recall His Past Lives

Uncle Boonmee Who Can Recall His Past Lives explores the theme of reincarnation. Dying from an illness, the protagonist spends the last days with his ghost wife and the forest spirit of his lost son. In this film, Apichatpong stitches philosophical thoughts and notions of Boonmee’s inherent connection with the natural world. Besides, insinuative elements of past and present socio-political issues affecting Thailand are also delved into. It’s not the puzzle for the viewers to distinguish relationships between his past experiences, but rather to savour and celebrate how the random nature of dreams looks like. And with no doubt, this has made Apichatpong one of the most unforeseen yet respected award winners of Cannes Film Festival.

3. Apichatpong Weerasethakul produces films that mainly focus on native Thailand and its people

Apichatpong gets his inspiration from small towns across the country and often features ordinary people rather than actors. This is evident in his 2007 four-screen video installation, Unknown Forces, in a pickup truck carrying day labourers from one construction site to another. Not only does the video depicts the harsh truth of being in the lowest level of Thai society, but also how powerless these people are. On the other hand, death is the prominent theme of Uncle Boonmee Who Can Recall His Past Lives. In the midst of the country’s modernization, the reappearance of Boonmee’s beloved dead is a reflection of Thailand’s oldest and most ancient tradition that still exists today.

4. His film works are an oddity, with the uniqueness of cinema hints at unsolved mysteries

Normally, Apichatpong has a preference for open-ended narratives derived from local mythology that doesn’t align with the kind of cultural orientation expected from foreigners or tourists. The contrast of themes is what you’ll be seeing a lot in his works as well – past and present, young and old, rural and urban, and many more. Whether it’s Mysterious Object at Noon, Tropical Malady, or Syndromes and a Century, it’s impressive how harmonized the details between tradition and modernity he weaved together are in order to convey the contrasting themes.

Apichatpong is considered one of the most original voices in a contemporary movie. He values the spirit of authenticity much more than the rigid manipulation of audio. The live sounds are key to expressing reality, and the character of on-location sounds gives his films a sense of continuity. But at the same time, music is also an integral element for him. Take Syndromes and a Century, for instance. The scene where the protagonist performs a traditional Thai folk song before adding guitar music as an extended solo is a musical sequence that just has the viewers go with the flow.

6. He presented his first solo exhibition in the United States

REDCAT (Calarts’ Downtown Center for Contemporary Arts) is where you’ll find all of his films and artworks that he exhibited in 2007. It features a commissioned video installations and his internationally recognized films including Mysterious Object at Noon, Blissfully Yours, Tropical Malady, Syndromes, and A Century. Later, he also presented the exhibition of his project Primitive in numerous cities including New York, Taipei, Mexico City, Munich, Paris, Hong Kong, and many more. It’s his most project to date with multi-platform work combining more video installations and feature films. Of course, his award-winning ‘Uncle Boonmee Who Can Recall Past Lives’ is featured too.

Film People Entertainment Cannes Film Festival 2021 Apichatpong Weerasethakul Thai Filmaker
You might also like ...
Culture
Why Annette is the Cannes film that should be on your radar
Culture
Black Widow: 10 lesser-known facts about the iconic Marvel character
Culture
9 Asian movies to look out for at 2021 Cannes Film Festival
Culture
8 Thai actors who are famous internationally
Karatpetch Vattanapoon
As a culture enthusiast, Karatpetch loves to travel, learn new cultures and languages, and has great zealousness for food. She is also an amateur dancer of various styles. Watching sports, sightseeing, cooking, knitting and exploring beauty goodies are her moments of simple joy.

10 of our favourite Apple TV shows to stream this weekend

Thai TV shows that are making waves in Asia

Gossip Girl on HBO: a first look at the show ahead of its launch on 8 July