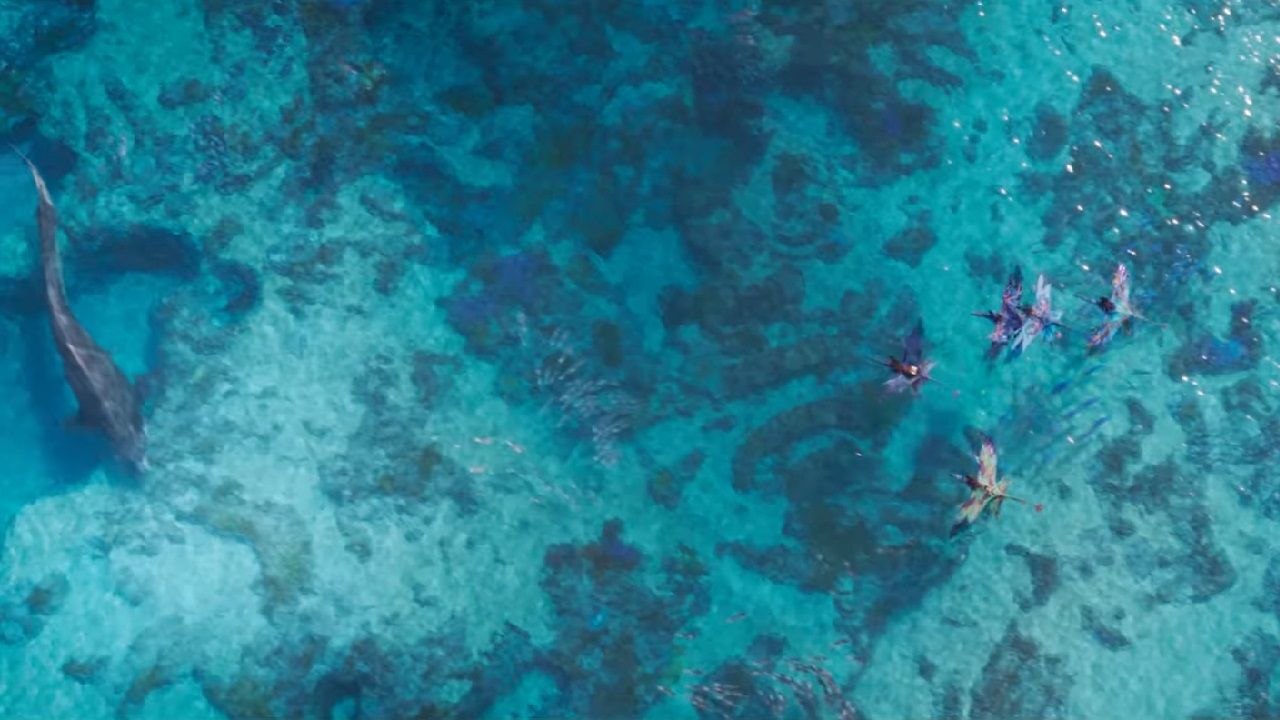 ‘Avatar: The Way of Water’: Release date, trailer, and more

Living
‘Avatar: The Way of Water’: Release date, trailer, and more
Share this article
Next article

There is war, once again, on the planet Pandora. At least this is clearly visible in the first teaser trailer of Avatar: The Way of Water which dropped on 9 May 2022. The upcoming film is the first sequel to Avatar (2009), which is still the all-time highest-grossing film in history.

According to Disney, the story of Avatar: The Way of Water is “set more than a decade after the events of the first film”.

“Avatar: The Way of Water begins to tell the story of the Sully family (Jake, Neytiri, and their kids), the trouble that follows them, the lengths they go to keep each other safe, the battles they fight to stay alive, and the tragedies they endure,” the official synopsis reads.

The details of Avatar: The Way of Water

The human threat may not have left Pandora

Jake Sully (Sam Worthington) and Neytiri (Zoe Saldaña) are trying to lead a peaceful life on Pandora with their children. The humans have not left, as can be seen in multiple scenes of the trailer of Avatar: The Way of Water.

Machines have only increased in the human settlements on the planet. There are also gun-totting avatars — humans who are in control of the blue bodies of the Na’vi people. It is not clear from the teaser if humans are again looking to steal the unobtanium from the people of the planet as they tried in the first film.

But there are hints of conflict with some Na’vi threateningly drawing their bows and one scene showing armed Na’vi on the backs of winged creatures that can also remain submerged.

The teaser however gives enough glimpses of the stunningly beautiful marine environment of Pandora. There are underwater scenes featuring the planet’s Metkayina reefs and massive underwater animals, some of which resemble dinosaurs.

Glimpses of the family are also shown. Among the children is a human who is wearing a mask to breathe in the atmosphere of Pandora. It is not clear if this child belongs to Sully and Neytiri.

“I know one thing: wherever we go, this family is our fortress,” says Sully to a troubled Neytiri towards the end of the teaser, reaffirming that the film is essentially about the family’s survival.

First of four sequels of the original Avatar

Avatar: The Way of Water is the first of the four planned sequels to the original. Avatar 3, 4 and 5 will be released with a gap of around two years between the films. The official title of the first sequel to Avatar was released only a few days ago.

Along with the teaser, the makers also released a new teaser poster.

Check out the brand-new teaser poster for #Avatar: The Way of Water. Experience it only in theaters December 16, 2022. pic.twitter.com/S9zu2kirDM

Principal returning cast members include CCH Pounder, who plays Mo’at. Kate Winslet, who plays Ronal, is one of the most important new faces.

The film is directed by James Cameron, who also directed the original. It is set for release on  16 December 2022.

movie teaser avatar Film & TV Avatar 2 Trailer James Cameron Avatar: The Way of Water
You might also like ...
Living
‘Stranger Things’ season 4 trailer teases an epic battle in the Upside Down
Living
What’s new on Netflix and HBO Go this May 2022
Living
10 real-world places that look like Pandora in ‘Avatar’
Living
‘Avatar 2’ title, trailer, and more details we already know
Manas Sen Gupta
Manas enjoys reading detective fiction and writing about anything that interests him. When not doing either of the two, he checks Instagram for the latest posts by travellers. Winter is his favourite season and he can happily eat a bowl of noodles any time of the day.
Travel Culture Entertainment Food
Sign up for our newsletters to have the latest stories delivered straight to your inbox every week.