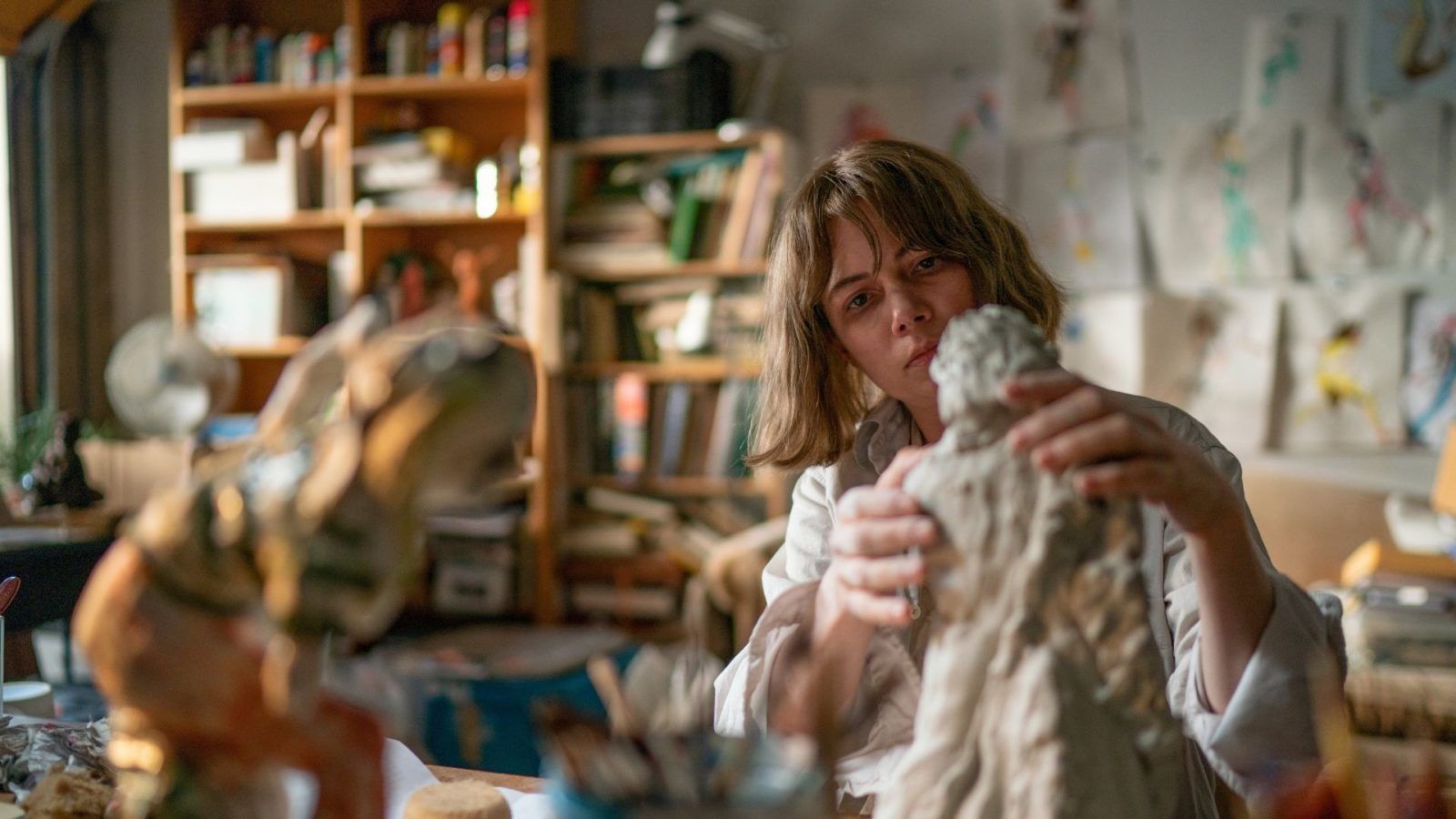 The 75th annual Cannes Film Festival will take place from 17-28 May 2022. Here are twelve of the most anticipated films screening at the festival.

Serving as a revered platform for actors and filmmakers from across the globe, to showcase their craft, for over seven decades, the Cannes Film Festival is entering its 75th edition in 2022.

After a two-year COVID-19 induced hiatus, Cannes Film Festival 2022, is back on track and will be held from 17 May to 28 May. The French Riviera is all set to be star-studded, as one of the biggest celebrations of global cinema will be held in person this year. And, it will be screening some masterpieces from various countries.

Red carpet appearances, special screenings of films by both Cannes debutants and veterans, some brilliant films contending for the coveted Palme d’Or, as well as those in the UN Certain Regard category, the 2022 festival has a lot in store for both the attendees and the virtual spectators from around the world.

With the who’s who of the industry expected to attend the festival, get ready for an event that brings the best of world cinema together.

The most anticipated films for Cannes Film Festival 2022

This documentary by American director Ethan Coen is a celebrated tribute to one of the pioneers of 20th-century rock n roll and rockabilly music. Slated to release on 17 May 2022, this upcoming documentary will mark Coen’s first solo directorial venture. Ethan, along with his director brother Joel Coen, has helmed some of the most outstanding movies in the recent past. These include Fargo, No Country For Old Men and The Big Lebowski.

Though the film will not be competing for any awards at Cannes this year, it is scheduled for a special screening. It traverses the life and journey of one of music world’s wildest and most famous legends — Jerry Lee Lewis, as well as gives glimpses of some of his electrifying concerts and shows.

After being delayed due to the pandemic, the film is finally slated to release on 27 May 2022. The world premiere of this Tom Cruise starrer movie is scheduled to take place on the second day of the Cannes Film festival.

Top Gun: Maverick is the much-awaited sequel of the 1986 blockbuster Top Gun and will see Cruise returning as Captain Pete ‘Maverick’ Mitchell. He is assigned to train a group of TOP GUN associates for a high-profile mission.

Initially, Top Gun director Tony Scott was supposed to helm this project but his sudden demise has brought Joseph Kosinski to don the director’s hat. This 2022 biggie, which is to be screened out of the main competition, also stars Val Kilmer along with new faces like Miles Teller and Jennifer Connelly.

Crimes of the Future

One of the most anticipated films contending for the prestigious Palme d’Or is this Kristen Stewart starrer gory flick. Acclaimed Canadian director David Cronenberg will hit Cannes, for the sixth time, with his return to the body horror genre.

Crimes of the Future depicts the horrors that befall humanity due to the synthetic environment it has created. Such is the extent that man is forced to alter his own biological structure to adapt.

Cronenberg reunited with his long term collaborator Vigo Mortensen for the film, which also stars French actor Léa Seydoux. Cronenberg’s first Cannes entry, Crash (1996) earned him the Jury Prize. His last film to screen at the Cannes Film Festival was Maps To The Stars (2014), for which Julianne Moore won Best Actress. Crimes of the Future is expected to roll out on 25 May in France.

The Natural History of Destruction

Cannes Artistic Director Thierry Frémaux confirmed that two Ukrainian directors, Sergei Loznitsa (The Natural History of Destruction) and Maksim Nakonechnyi (Butterfly Vision), are invited to showcase their latest films at the 2022 Cannes. In an ode to world cinema and to celebrate diversity, Loznitsa’s film will be getting a special screening.

It is important to note that in view of the geo-political tensions due to Russia’s invasion of Ukraine, the festival banned all Russian delegations, with any connection to the government, from attending Cannes, in solidarity with Ukraine.

Loznitsa garnered global attention in February 2022, when he became the only Ukrainian to quit the European Film Academy because of its unresponsive attitude towards the Russian invasion. He also criticised the body in an open letter.

Loznitsa’s previous films have resonated quite well at this French festival. My Joy (2010) and In The Fog (2012) competed for the Palme d’Or and Maidan (2014) received a special screening.

Another title in the list of dramas is this Elvis Presley biopic, which traces the life and journey of The King of rock n roll. Coming from the maker of Moulin Rouge! (2001) and The Great Gatsby (2013) — Baz Luhrmann, the film is expected to raise the glamour quotient at the Cannes Film Festival 2022, as the person portrayed was an epitome of glamour.

Starring Austin Butler as the singing legend in the titular role, the star-studded cast also includes Tom Hanks, Kodi Smit-McPhee, Olivia DeJonge, Helen Thomson and Richard Roxburgh. As per Luhrmann, the audience will also get a glimpse of life in America during that era. This much-anticipated film is slated for a 24 June 2022 worldwide release. It will be screened out of the main competition at Cannes.

Acclaimed Japanese director Hirokazu Kore-eda returns to the Cannes Film Festival with his second non-Japanese film Broker, based in South Korea. The concept of broker boxes, where people anonymously drop their babies, comes alive in this drama that weaves the intricacies of society and personal lives. The film features Parasite star Song Kang-ho.

Kore-eda is a Cannes regular and in 2018, his film Shoplifter bagged the Palme d’Or. Also, in 2013, he won the Jury Prize for Like Father, Like Son. With such an illustrious track record, this upcoming film is sure to put up a tough fight for the highest accolade.

Featuring a stellar cast that includes Anne Hathaway, Anthony Hopkins, Jeremy Strong and Michael Banks Repeta, this is a coming-of-age story that highlights growing up in Queens in the 1980s. Though not much is known about this American entry, the James Gray directorial is a strong name for the coveted top prize.

The opening film of the Cannes Film Festival 2022, Final Cut, is directed by French filmmaker Michel Hazanavicius, who had won the Oscar for the 2011 film The Artist.

Final Cut is a zombie comedy curtain-raiser to the film festival. A remake of the Japanese film One Cut of the Dead (2017), it stars Matilda Anna Ingrid Lutz, Bérénice Bejo, Raïka Hazanavicius and Romain Duris.

The project was initially titled Z but it had to be changed to its current name as ‘Z’ evoked a warlike meaning amid the Russia-Ukraine aggression. The film is titled Coupez! In French.

This American entry to the Cannes is the return of director Kelly Reichardt and her regular collaborator Michelle Williams. Williams essays the role of a sculptor who is on the verge of an important exhibition and works to strike a balance between her work and family drama.

It is set in New York and is a conscious divergence from Reichardt’s typical naturalistic filmmaking. Eschewing from her usual trodden path, this comedy also marks Reichardt’s debut in the main competition. In 2018, she stepped in at Cannes with her film Wendy and Lucy in the UN Certain Regard section.

Directed by Claire Denis, this film also stands in competition for the Palme d’Or. Based in 1984 Nicaragua, it talks of a brewing romantic affair between an English businessman and an American journalist. They soon find themselves entangled in a web of lies, deceits and secrets which force them to leave the country.

Set against a backdrop of the Sandinista-led revolution, the film features Margaret Qualley, John C Reilly and Joe Alwyn.

Shaunak Sen’s All That Breathes created quite a buzz as the only Indian film at the 2022 Sundance Film Festival. Low angle shots, depicting an earthworm’s point of view, show the severe effects of Delhi’s air pollution. In such a gloomy and disastrous atmosphere, birds find it extremely difficult to survive. They suffocate due to the toxic air or get tangled in manjha, that are strings or wires which are used to fly kites.

The film revolves around two brothers — Mohammed Saud and Nadeem Shehzad and their younger employee, Salik Rehman — who have taken up the cause of rescuing and nourishing Kites (birds). The documentary will get a special screening at Cannes 2022.

Iranian-Danish director Ali Abbasi takes his first step at the Cannes main competition with Holy Spider and is in the line for the Palme d’Or. The film revolves around a highly religious man, who has taken it upon himself to cleanse the streets of the holy city of Mashhad and eradicate all corruption. Such is his vow that he goes on a murderous spree.

Abbasi’s 2018 fantasy-drama Border was highly applauded at the UN Certain Regard section and this film, too, is sure to be a major title at the festival.

Cannes Film Festival Kristen Stewart Film Festivals Tom Cruise Cannes 2022
You might also like ...
Living
What’s new on Netflix and HBO Go this May 2022
Living
New K-dramas to watch this May 2022
Culture
Major highlights from the 2022 Sundance Film Festival
Living
‘Avatar: The Way of Water’: Release date, trailer, and more
Trinetra Paul
An ardent foodie, Trinetra seeks every opportunity of travelling and writing. Storytelling and slam poetry are her go-to jam. Her lazying around ideas includes binge watching and whipping up some snacks or searching the next place to visit.
Sign up for our newsletters to have the latest stories delivered straight to your inbox every week.