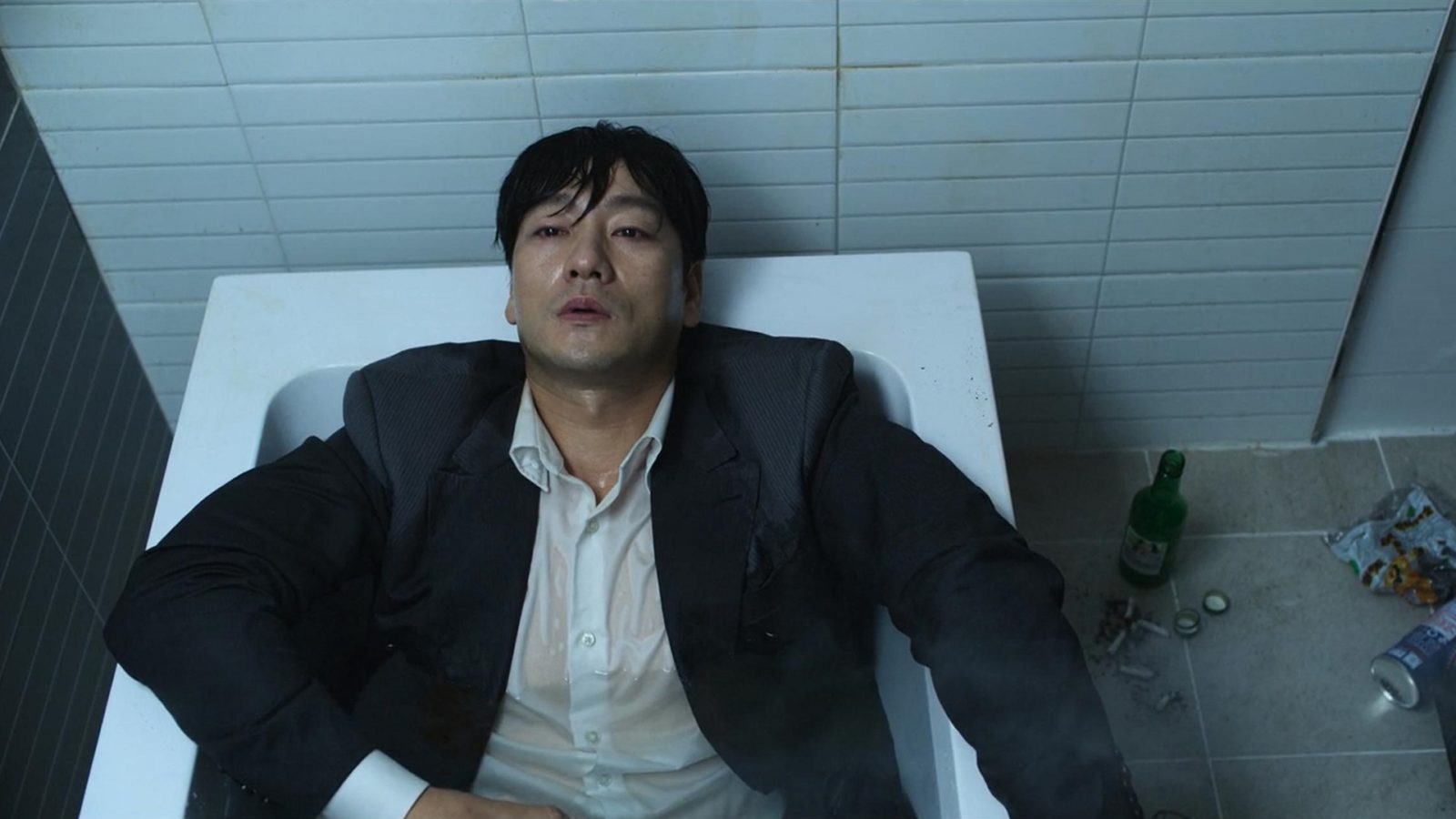 Directed by Kim Do-hoon and written by Lee Jin-mae, the OCN production revolves around an unexplained explosion and serial murder case in 1984. A similar explosion takes place again, 35 years later.

Speaking about his character in the show, the 39-year-old actor told Naver, “I am grateful to greet you as detective Cha Jae-hwan, and on the other hand, I am nervous.”

“Jae-hwan is a character with bright energy, but he is a perfectionist who never misses even trivial evidence when it comes to investigations,” the Squid Game star goes on to say.

The show premiered on OCN on 30 October.

Let’s have a look at what we know so far about Chimera.

“The drama ‘Chimaira’ is a story in which characters with their own purposes dig up the case in a series of endless events, like a long-length mystery novel full of tension,” Park told Naver.

The 16-episode series begins with an elderly man leaving a gambling den late into the night. When he gets to his car, he finds a strange golden lighter with a Chimera — a beast from Greek mythology — embossed on it. The moment he flicks the lighter, the car blows up.

The next morning detectives reach the scene to investigate the incident but cannot detect the cause of the explosion which leaves Detective Jae-hwan wondering “there are so many weird things for this to just be a coincidence.”

As the plot thickens, questions like “Why’d you kill them?”, “What is ‘Chimera’?” and “Who is the real Chimera?” — as shown in the one of the teasers — continue to perplex the team while they are in pursuit of the ‘Chimera’ that has restarted for different purposes.

Along with Park, the show boasts an illustrious cast with Claudia Kim as Eugene Hathaway, a criminal profiler from the FBI who helps Park with the case. Kim is known for her roles in Avengers: Age of Ultron (2015) and Fantastic Beasts: The Crimes of Grindelwald (2018).

Speaking about working with his co-stars, Park said: [Kim is] an actress with a big heart and an aura of embracing those around her. I was grateful to her during filming because we both gave each other strength, and it was an amazing and delightful experience to be able to act together with her,” as quoted by NME.

“He’s [Lee’s] a very warm hyung in private, and he’s a great artist I want to emulate in my work,” Park told Naver, praising the teamwork.

Others in the show are Joon-seok Heo, Nam Gi-Ae, Woo Hyeon and Kang Shin-il.

kdrama Squid Game Chimera Park Hae-soo OCN Claudia Kim
You might also like ...
Living
‘Squid Game’ season 2: everything you need to know
Style
How to wear your sneakers like ‘Squid Game’ star Jung Ho Yeon
Food & Drink
Squid Game in Bangkok: where to find spicy, crispy, and fancy squid
Living
25 thoughts we had while watching ‘Squid Game’ on Netflix
Anurupa Sen
Having worked with some of India's top media houses and publishers, Anurupa found her passion in food, music and storytelling. Although she loves to explore all sorts of foods, the ambivert's fluffy pancakes, minced meat alfredo pasta and kosha mangsho are a hit among a close-knit group of friends. At other times, she is usually found perched on the sofa, kicking back with a cup of coffee and binge-watching light comedy.
Travel Food Culture Entertainment