Home > Living > Film & TV > What Formula 1 stars are binge-watching, from Schumacher to Alonso 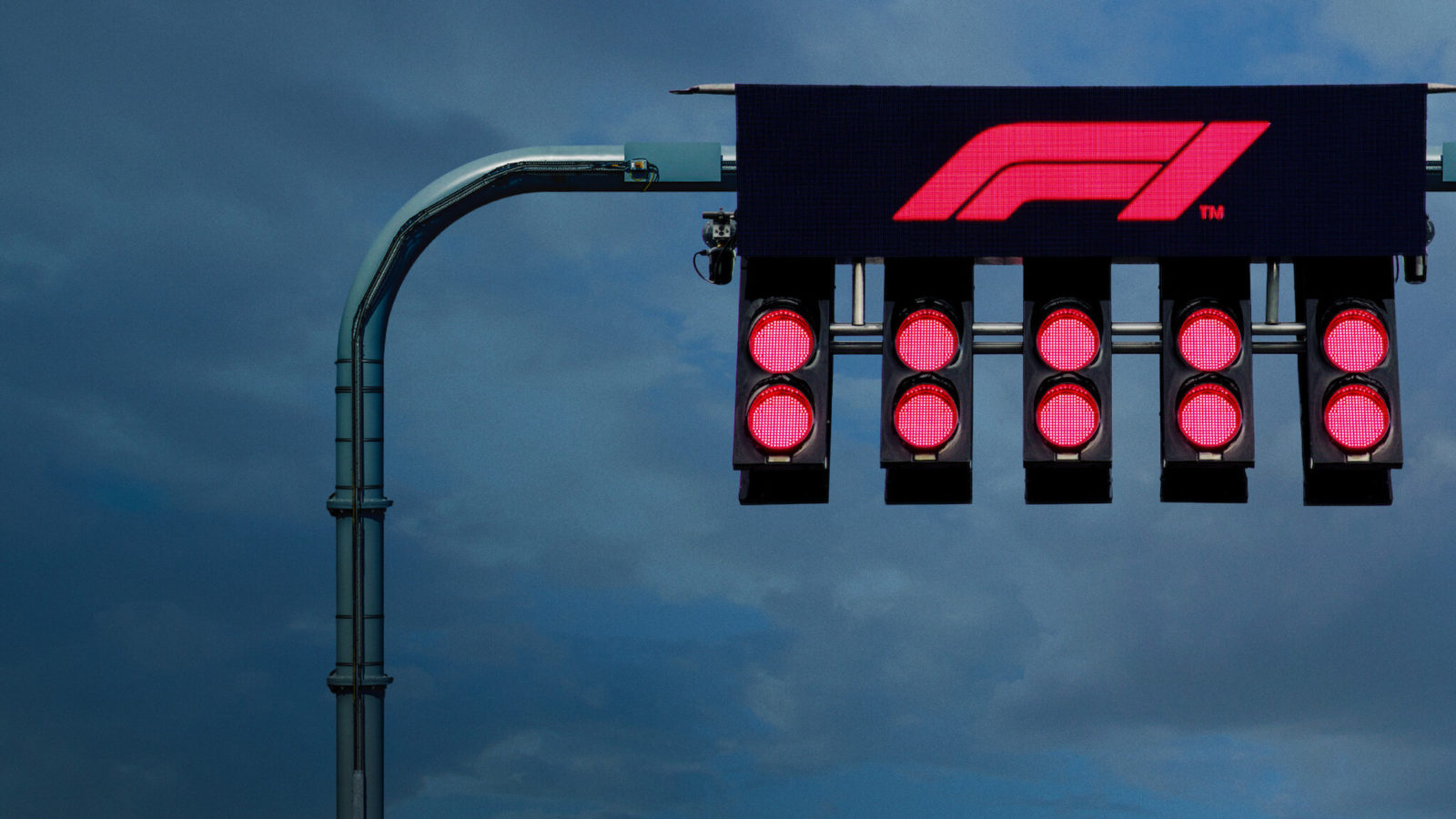 Living
What Formula 1 stars are binge-watching, from Schumacher to Alonso
Share this article
Next article

Known for their speed and concentration, Formula 1 stars are also known to indulge in entertainment like the rest of us. Ahead of the Formula 1 United States Grand Prix 2021, F1’s biggest stars have decided to reveal some of their favourite binge-worthy shows.

With Formula 1 set to emanate from the Circuit of The Americas (COTA) once more in Austin, Texas, on 25 October 2021, the organisers sat down with some of today’s top racers to discover what’s on their watch list. The timing of course couldn’t be more perfect, after all COTA has established itself as the home of world-class racing and entertainment over the past decade.

There’s also Netflix’s F1 documentary series, Drive to Survive, which has helped spur interest in the premier motorsport series. The show, currently filming its fourth season, provides an intimate look at the drivers, principals, and teams, as they compete in the high-octane world of F1.

With COTA hosting round 17 of the 2021 Formula 1 season, the organisers decided to turn the tables on the stars of the show and find out what they have been watching while the rest of the world watches them! It turns out, the streaming habits and viewing preferences of F1’ s finest are as interesting and varied as their driving styles! Discover what their favourite binge-worthy shows below.

What is your all-time favourite series/binge watch?

Yuki Tsunoda (AlphaTauri): I don’t watch a lot of series but enjoy You Tube Gaming Videos.

Esteban Ocon (Alpine F1 Team): Not a favourite show but I love The Dark Knight Rises.

Kimi Räikkönen (Alfa Romeo Racing ORLEN): No favourite but documentaries and anything based on real stories.

What has been your favourite TV show or movie of 2021?

Nicolas Latifi: The Falcon and the Winter Soldier.

Nikita Mazepin: Not a show from this year but I loved the latest Mission Impossible.

Fernando Alonso: “Hmm, perhaps my show (Fernando on Amazon Prime) It is something you are proud of when it comes out because it has been one year of recording. When finally in August it came out it was big news for all the people that were involved in the programme. [With regards to other shows] I am quite open, I don’t commit to one type of series or movies. So I can watch a comedy and the next day I watch a thriller and still enjoy both.”

Fernando Alonso: House – you can watch any episode from whatever season, and you didn’t miss too much!

What show that everyone loves, do you secretly hate?

Nicolas Latifi: I wouldn’t say I secretly hate it but there’s always been a lot of hype around the American version of The Office and I’ve seen an episode and I never really got into it. Maybe if I watched more than one episode, maybe I’d like it!

Pierre Gasly: There are no series I hate; I don’t have enough time to spend watching shows I don’t enjoy!

Lando Norris: Oh, what is all that monsters and dragons in? Game of Thrones! Yes, terrible, don’t know why anyone would watch that.

Fernando Alonso: I don’t hate any shows in particular, but I’ve never watched House of Cards or Game of Thrones. I’ve never watched any of those and I am not curious to watch them either. It doesn’t attract me too much even if they are very popular.

If you could be one character from a TV show or movie, who would it be?

Nicolas Latifi: I’m going to say Harvey Specter from Suits. What a boss!

Mick Schumacher: The Ferrari at the end of Cars 1!

Daniel Ricciardo: Speaking about Friday Night Lights. It would probably be Riggins. Yeah, he is just a good-looking cat like me, can knock back a beer! And movie …. anything that Denzel plays. He is like the one guy I would confidently be star struck by.

Esteban Ocon: Iron Man. Because you can fly with the suit. It’s an awesome character and you can also relate to him because he is a normal human being. But he thinks out of the box, and he creates stuff that is technology-based and that is what we are working on in F1 too.

Which F1 driver do you think deserves his own reality show & why?

George Russell: It’s got to be Danny Ric! I’d definitely tune in for Keeping up with the Ricciardo’s!

Nicolas Latifi: I would probably say Lewis [Hamilton]. I’m sure everyone would like to see what he gets up to off the track as he leads a very busy life and has lots of different passions.

Nikita Mazepin: Lewis, because he does so many things outside of the track that would be interesting to see.

Sergio Perez: I think Kimi but the old Kimi [Räikkönen]. The one from 20 years ago. He was partying hard and the stories that I have heard should really be in a film!

Pierre Gasly: Lewis Hamilton, I think there are lots of interesting things about his life on-and-off track.

Yuki Tsunoda: Daniel Ricciardo – he has the best character.

Lando Norris: Probably … I don’t know…me, [Alex] Albon and George [Russell]. That has always been a good laugh. Me and Carlos [Sainz]…and Daniel. Daniel is a funny guy, he could probably have his own one, he likes talking as well…

Daniel Ricciardo: I probably will get into some form of TV at some point, whether it will be on my own accord or if I don’t put myself in there – I don’t know! There are not that many real personalities in the sport…I am a real one, y’all!

Fernando Alonso: Yuki [Tsunoda]. He is quite an interesting person. I would be curious to see more of him!

Esteban Ocon: Fernando [Alonso], he already has one!

Kimi Räikkönen: I was asked maybe 15 years ago to do one for MTV. Not me, I would never do it.

Antonio Giovinazzi: Kimi. I think it would be so funny!

Lance Stroll: Lewis, he’s a busy guy with lots of exciting things happening around him.

Charles Leclerc: Yuki because he is just such a character and really funny!

Carlos Sainz: Yuki, he is so funny!

And finally…which F1 driver would survive the shortest amount of time in The Quiet Place movie?

Nicolas Latifi: I can be very quiet so I think I would last the longest! Probably Danny Ric, he’s a very energetic guy!

Mick Schumacher: I would [survive the longest]. I’m smart!

Sergio Perez: I think Seb [Vettel]. Seb will struggle with that one!

Lando Norris: Tricky one but I think Yuki [Tsunoda]. He just wouldn’t know what’s going on and he would just start shouting!

Daniel Ricciardo: That’s probably me. I’ll find something to say! And actually [Sebastian] Vettel. Vettel probably in all of my years in F1 has talked the most in the drivers’ briefing. I’ll be a close second. But he is also very disciplined, so I don’t know…

Fernando Alonso: I would say [George] Russell…he will not be quiet!

Esteban Ocon: That is a good movie…its awesome. Who speaks the loudest all the time? Latifi, Nicolas Latifi. He would be caught straight away.