Home > Living > Film & TV > ‘He’s All That’ on Netflix: everything you need to know about Addison Rae’s debut 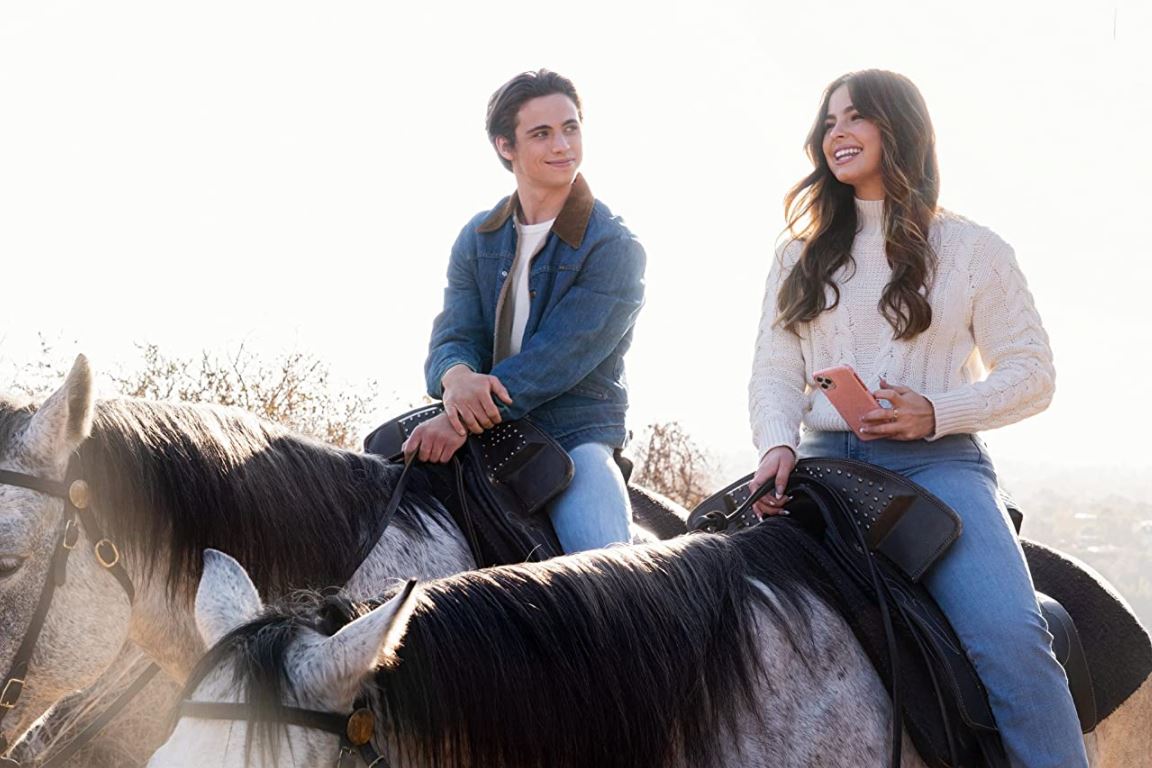 ‘He’s All That’ on Netflix: everything you need to know about Addison Rae’s debut

Living
‘He’s All That’ on Netflix: everything you need to know about Addison Rae’s debut
Share this article
Next article

He’s All That is a mixture of both the new and the old, bringing together an old romantic comedy storyline with new, modern angles like TikTok stars and social media prowess.

In recent years we have seen a rise in the number of reboots and remakes of beloved movies and TV shows. Studios like Disney have been on top of this game as they bring out live-action remakes of The Lion King, Cinderella, and so much more. It doesn’t stop there, as we are also seeing reboots and remakes of ’90s shows like Gossip Girl and Sex and the City. He’s All That is a remake of She’s All That (1999) and features some very millennial stars in particular – like Addison Rae and Kourtney Kardashian.

She’s All That is a ’90s romantic comedy starring big-name actors and actresses like Rachael Leigh Cook, Freddie Prinze Jr., and Paul Walker. This classic is based around a high school jock, Zack, who was dumped by his girlfriend (the most popular girl at school). In a turn of events, he makes a bet with his friends that he could take nerdy girl Lacey and turn her into prom queen material. One thing he didn’t expect to happen was for him to fall in love with her.

Based on the same premise, this year Netflix is releasing He’s All That. The 2021 adaptation of the film is a little different from the original. The writers have decided to swap the genders around so that the female lead is the one who takes on the task to transform the unpopular male classmate.

However, that’s not the only change in the film. To make it more interesting and fit to the times, Padgette, the female lead, is a teen social media influencer. She suffers a humiliating breakup in the public eye, and to get back at the guy who broke her heart, she takes on the task of making over the most ‘unpopular’ boy from her school.

Keeping their audience in mind, Netflix did not choose just anyone to star in the movie. Padgette, the teen social media influencer, is played by Addison Rae who is a real-life TikTok influencer. She gained popularity from her dance videos but has grown to more than just a TikToker. She is also famously friends with Kourtney Kardashian, who is rumoured to be having a cameo alongside her friend. On the male side, they have also cast Tanner Buchanan who plays Cameron Kweller in the movie. Though Buchanan is not a social media influencer like Addison Rae, he has starred in TV shows like Cobra Kai, the reboot of The Karate Kid.

Watch He’s All That

He’s All That will be available to watch on Netflix from 27 August 2021. For a teaser-taste, watch the trailer below

Entertainment Netflix Movies Kourtney Kardashian TikTok
You might also like ...
Living
Offices from Netflix shows to inspire your workspace during WFH
Living
‘Cooking with Paris’ on Netflix: 6 ways to dress like Paris Hilton on the show
Culture
6 Asian delicacies that made a cameo on Netflix
Food & Drink
What would happen if ‘Cooking with Paris’ took place in Bangkok
Nisha Nararidh
Nisha is a sneakerhead, always looking for a way to make her shoes the star of her outfit. You'll find her either blasting good music or baking in the kitchen, sometimes even at the same time. Other than that, you can find her watching Netflix, catching up on her favourites.