Home > Living > Film & TV > ‘House of the Dragon’: Everything we know about the ‘Game of Thrones’ prequel 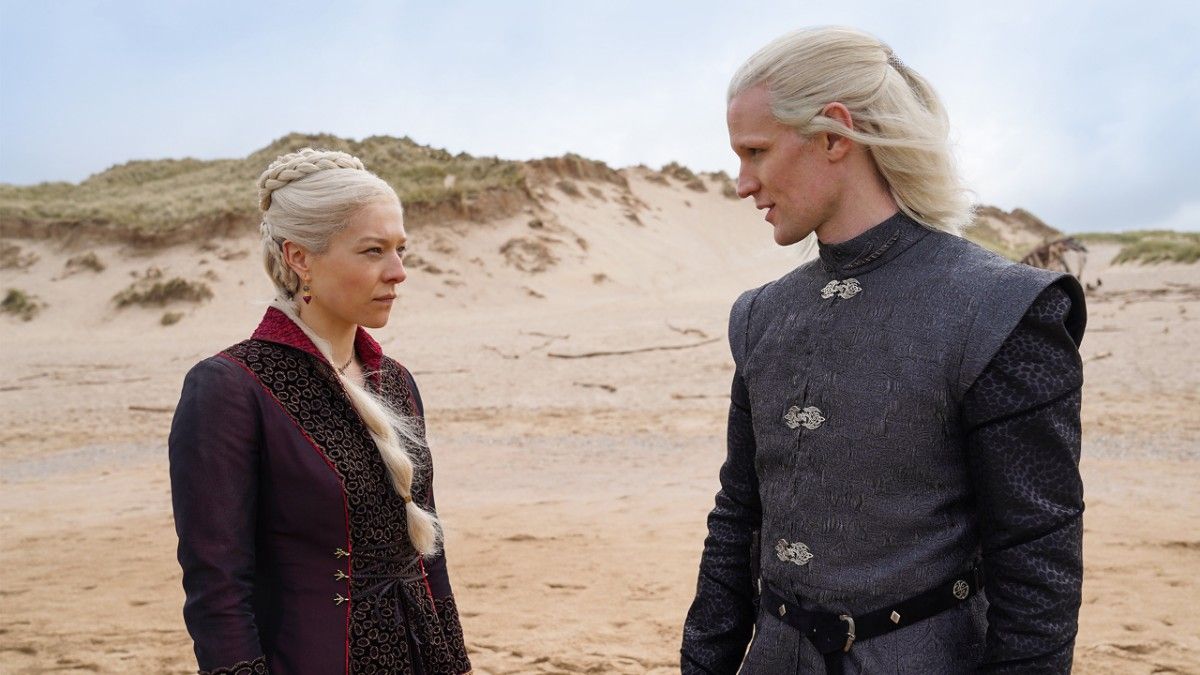 ‘House of the Dragon’: Everything we know about the ‘Game of Thrones’ prequel

Living
‘House of the Dragon’: Everything we know about the ‘Game of Thrones’ prequel
Share this article
Next article

The first official trailer for House of the Dragon was released by HBO Max on 20 July, around nine months after the network aired the first teaser of the prequel to Game of Thrones (2011-19).

The official Twitter handle of Game of Thrones announced the start of production of the show on 4 December 2020. The first season of the show, consisting of 10 episodes, will air on HBO and HBO Max.

Here’s all we know about House of the Dragon

The House of the Dragon trailer takes viewers right in the middle of the civil war that tore Westeros apart.

Expansive battle scenes, conspiracies and fire-breathing dragons ensure the trailer leaves no stone unturned to treat viewers to the stylistic visuals that were among the best highlights of Game of Thrones.

The almost three-minute-long trailer begins with a view of the Iron Throne.

Viserys reveals he saw a dream “clearer than a memory,” which hinted at the coming of a civil war.

“And I placed my heir upon the Iron Throne. And all the dragons roared as one,” he says.

When Otto Hightower indicates that the first-born child, Rhaenyra, will have a claim to the throne, murmurs of objection arise.

“No queen has ever sat on the Iron Throne,” says Lyonel Strong.

Thereafter, the trailer dives into the build-up to the climactic war that changed everything from allegiances to the fate of the dragons.

As Rhaenyra continues on her quest to “create a new order” as a queen, Daemon Targaryen goes on his own mission to become king by winning wars with the other lords.

Several members of the other prominent houses, including Stark, Lannister, Baratheon and Velaryon, engage in a plot for the control of the Iron Throne.

But the biggest attraction in the trailer is the dragons. Since the story is set in a time when these mythical creatures numbered aplenty, there is more than one dragon that can be seen flying in the skies of Westeros.

The trailer shows Daemon holding a dragon’s egg at Dragon Stone. He can also be seen playing with a dark red dragon. Fans of the books identify the dragon as Caraxes the Blood Wyrm.

The House of the Dragon trailer ends with a clip of a dragon with green eyes. Identified as Syrax, the female dragon is the ride of Rhaenyra Targaryen in the books.

What is the plot of House of the Dragon?

A notable thing about this period in Westeros’ history is the existence of dragons. The teaser as well as HBO highlight their importance in the following manner: “Dreams didn’t make us kings — dragons did.”

What did we see in the first teaser of House of the Dragon?

The one-minute teaser released on 5 October 2021 gave us fleeting glimpses of some major characters, including Prince Daemon Targaryen, Princess Rhaenyra Targaryen, Otto Hightower and King Viserys I Targaryen. It also showed The Sea Snake appearing at a feast at the King’s Landing.

The teaser dropped enough hints of something serious brewing in Westeros and finished with Daemon’s voice saying, “Dreams didn’t make us kings — dragons did.”

On 30 March 2022, HBO announced that the first season of House of the Dragon will premiere on 21 August. Alongside the announcement, the network also revealed a new poster and more images from the series.

With regard to the release, HBO thus takes a lead over the other highly-anticipated fantasy series of 2022 —Amazon Prime’s The Lord of the Rings: The Rings of Power, which is set to premiere on 2 September. But this also brings the two in direct confrontation on the ratings chart because the latter is coming only 12 days after the premiere of the former.

Entertainment Game of Thrones House of the Dragon HBO Max
You might also like ...
Culture
Mark your calendars: ‘Game of Thrones’ is heading to Broadway
Culture
If you loved Game of Thrones, you need to check out these HBO series
Living
What’s new on Netflix and HBO Go this October 2021
Living
What’s new on Netflix, HBO Go, and Disney+ Hotstar this September 2021
Manas Sen Gupta
Manas enjoys reading detective fiction and writing about anything that interests him. When not doing either of the two, he checks Instagram for the latest posts by travellers. Winter is his favourite season and he can happily eat a bowl of noodles any time of the day.
Travel Culture Entertainment Food
Sign up for our newsletters to have the latest stories delivered straight to your inbox every week.