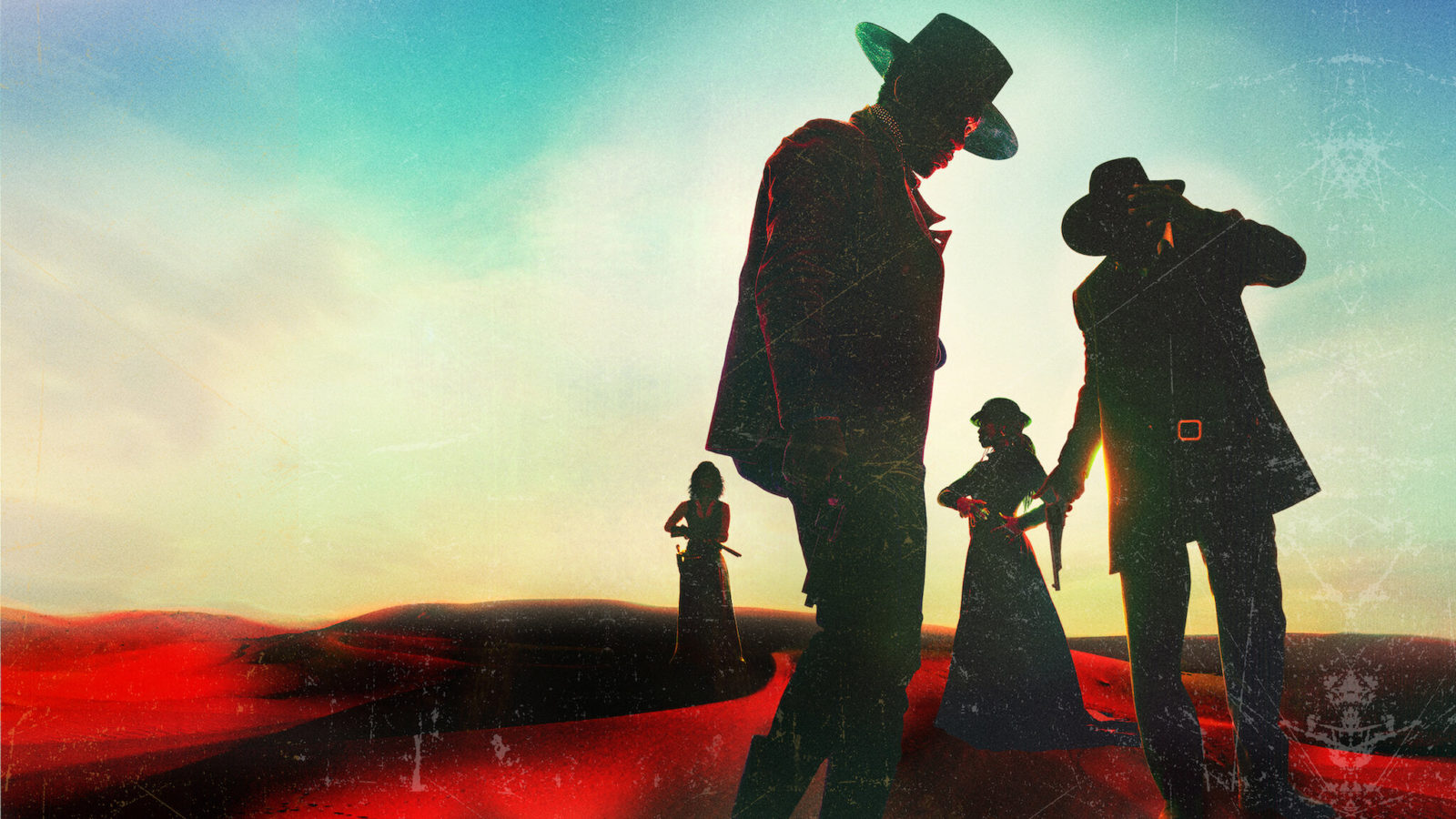 Netflix’s The Harder They Fall opened up the London Film Festival 2021 on Wednesday, and with Jay-Z as one of its producers, and Idris Elba leading the all-black casts, hopes are running very high.

The movie, a directorial debut for Londoner Jeymes Samuel, showcases an array of black talent portraying real-life historical characters from the Old West in a fictional plot.

Samuel, who co-produced and co-wrote the original screenplay, left longtime friend Elba little choice but to play Rufus Buck, a violent and feared outlaw of the era.

[Hero Image Credit: The Harder They Fall via Netflix]

“(It was) ‘you’re doing it’… we grew up together doing stupid shit and here we are making a Western,” Elba joked, as the pair discussed the film at a news conference with other cast and crew.

Samuel, also a singer-songwriter and music producer who worked with Jay-Z on tracks for “The Great Gatsby” in 2013, said collaborating again with the rap star reaffirmed that his talents go well beyond music.

“People think (of) the name Jay-Z and they automatically assume… music,” he added, noting he was vastly knowledgeable about both Westerns and “film in general”.

Samuel said he landed a “dream cast” for “The Harder They Fall” which also includes actor-director Regina King as Buck’s sidekick “Treacherous” Trudy Smith, and Jonathan Majors as his rival outlaw Nat Love.

LaKeith Stanfield, Zazie Beetz and Edi Gathegi also star in a story of revenge on the plains of Texas.

The novice director, who grew up watching Westerns on British television, explained “the genre of the Old West was always alluring” but that he wanted to “do more with it”.

“The scope that they showed those stories through was very narrow… women of all colours were always subservient. If you were a person of colour, you were less than human,” Samuel said.

Apart from three screenings at the London Film Festival and some showings in select US theatres, “The Harder They Fall” will get its global release on Netflix on November 3.

The streaming platform is “the right place” for the highly cinematic film, according to co-producer James Lassiter, who persuaded Samuel of its virtues.

“The goal if we’re going to tell a story like this, with this cast, is to have as many people around the world (with) access to it,” Lassiter said.

“Sometimes when you do a theatrical release, there’s these built-in biases, like no one wants to see an all-black cast,” he added, noting “in certain territories they will tell the studios ‘this movie’s not for us’.”

Meanwhile for Elba, who contracted Covid-19 last year, the global health crisis had a profound impact on him and his mindset during filming.

“The pandemic has shown that we’re all human and the race thing is pretty stupid,” he said.

“Obviously, there’s systematic racism that sits in our system which is going to take time to get out, but in terms of story-telling, it’s a great day for us.

“It’s a great day for everyone.”

The 49-year-old actor noted his own personal battle with the virus helped him harness “compassion” in his portrayal of the dislikeable and brutal Buck.

“It really gave me a life-changing perspective. So I think I ended up injecting some of that maturity… into that character,” Elba said.

“We encouraged each other to get deeper, under the skin with these characters.”

Before hitting the small screen, “The Harder They Fall” gets its cinematic unveiling at London’s Southbank Centre on Wednesday evening, kickstarting the 12-day film festival.

Now in its 65th year, it will close with “The Tragedy Of Macbeth”, starring the Oscar-winning Frances McDormand, whose husband Joel Coen directs, and fellow Academy Award winner Denzel Washington.