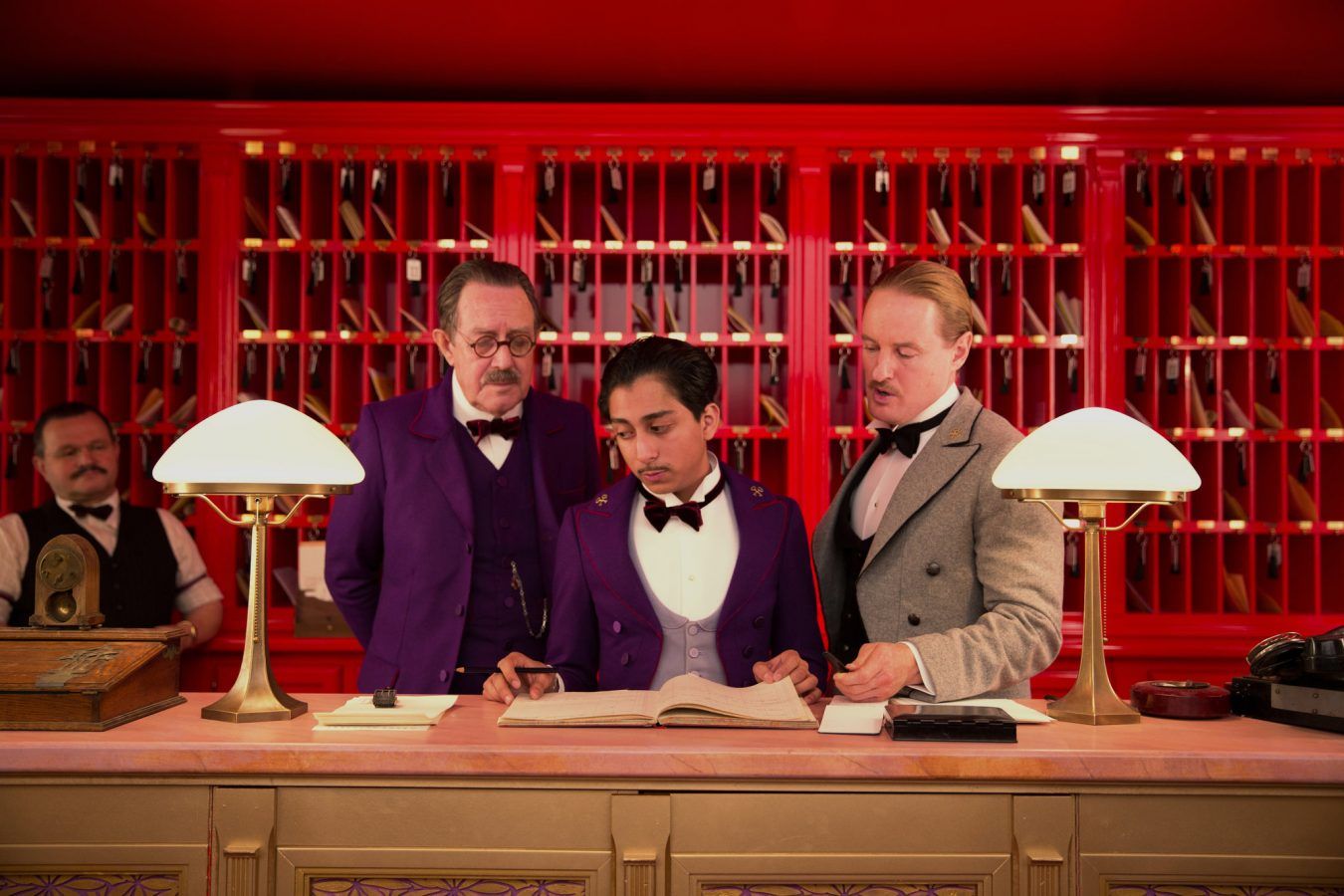 Amazing cinematography and great architecture go hand in hand, sometimes more than we thought. That’s why we have compiled a list of some of the movies that architects should put on their list for some inspiration.

Today’s fast-moving world demands modern architecture which reflects the evolving times. A creative society dominated by stunning building designs, state-of-the-art infrastructure and perfect utilisation of spaces that blend well with nature while introducing modern amenities, speaks volumes about the minds behind them. Being a part of a visually creative field, architects, too, need creative impetus.

Though the blend of architecture and films may sound unusual, movies depicting magnificent architecture, intriguing ideas and the designers behind them need to be chronicled like all other significant themes have been so far.

From experiencing the lavish interiors of The Grand Budapest Hotel (2014) to delving into the psyche of architect Miles Moss (James Frain) in The Architect (2016), there is a wide spectrum of films that serve architectural inspiration, especially for aspiring students.

These movies not only tell interesting stories but are also some of the best productions showcasing the brilliance of architects.

Mandarin-language film 24 City does not depict magnificent architecture or delve into the minds of great designers. However, directed and co-written by Chinese filmmaker Jia Zhangke, the movie explores the perils that befall the people who are dependent on a state-owned factory, which is being demolished to give rise to a modern apartment complex. It portrays the lives of three generations living in China’s Chengdu city.

In this documentary-like storytelling, Zhangke interviews people who were associated with the factory and shed light on their personal life against the upheavals in China’s socio-political fabric. The film also has a subtle dramatic undertone.

It is one of the movies every architect must watch as it depicts the perils ushered in by modern architecture and construction. It begins with tracing China’s history through the real-life experiences of the factory workers, it soon ends up creating a sense of hollowness as it shows the bleak future that came when the factory shut its doors.

Starring Jianben Chen and Tao Zhao, 24 City was nominated for the Palme d’Or in 2008.

Eschewing from showing the building of traditional architecture or the evolution of modern society, this movie revolves around the journey and works of renowned architecture photographer Julius Shulman.

Taking viewers through Shulman’s career is the impeccable narration by Dustin Hoffman. Shulman worked tirelessly and his vivid evocative images highlight the power of modern American architecture. Chronicling the works of the likes of Frank Lloyd Wright, Richard Neutra, John Lautner and Frank Gehry, the photographer’s images are sure to inspire architects, especially young students who are interested in the Southern California Modernism movement.

Directed by Eric Bricker, Visual Acoustics is the winner of the 2008 Audience Award at the Austin Film Festival and the 2009 Palm Springs International Film Festival.

Another highly recommended film that every architect should watch is this Jason Cohn and Bill Jersey directorial. The film features the life and works of Charles and Ray Eames who were considered the era’s two of the most enigmatic American designers.

The duo was known for their influence on modernism and creative, unconventional work that ushered in new trends and designs in furniture and interior design. Noted for their mid-century plywood and fibreglass designer furniture, they inspired architects, design enthusiasts and budding women who wished to enter this creative field mostly dominated by men. Some of Eames’s significant designs include splints for wounded military during World War II, photography, interiors, multimedia exhibits, graphics, games, films and toys.

Narrated by James Franco, the documentary explores their creative thought process as well the dynamics of their personal lives and particularly the challenges faced by a woman who is determined to make a mark for herself in this zone.

If you are an architect and design enthusiast who also enjoys all things tech-based and edgy architectural innovations, then this sci-fi film is the one for you.

The suspenseful plot revolves around a young programmer named Caleb Smith (Domhnall Gleeson) who won a competition to holiday at his CEO Nathan Bateman’s (Oscar Isaac) mountain retreat. However, there is more to the solitary CEO and this holiday prize than what meets the eyes. Caleb has to participate in a groundbreaking experiment in synthetic intelligence and find how human-like Nathan’s beautiful robot named Ava (Alicia Vikander) is.

What makes this one of the must-watch architecture movies is the lavish designs and fabulous interior elements in Nathan’s home that create a seat for innovative ideas and architectural experiments. Reflecting opulence at every corner of the house speaks of tasteful designs and technological brilliance.

Directed by Ila Bêka and Louise Lemoine, The Infinite Happiness upholds the works of one of the greatest names in this field — Danish architect Bjarke Ingels. He is the person behind Copenhagen’s interesting ‘8’ housing development, and the movie focuses on the lives and experiences of its residents.

Instead of speaking to the architect himself, the camera brings out the happy everyday stories of these residents who share anecdotes of birthdays, playing outdoors as well as stories of Halloween and family gatherings.

While the 500 residents traverse nine floors of the building on bikes, their children attend school on the ground floor. The place rewrites the definition of home, which is a private space, with one resident chronicling how visitors come in and explore the housing complex as a public space. This highlights the fact that sociable living was still quite an alien subject in Denmark at that time.

One of the best architectural productions, the documentary highlights the successful works of Ingels in an almost case study-like manner and introduces ideas that can inspire new architects.

Setting the standards of visual aesthetics, symmetry and grandeur extremely high, Wes Anderson films are not only a treat to the eyes but also inspire architects and designers. The Grand Budapest Hotel ticks all these boxes and throws a spotlight on traditional European architecture.

The drama-comedy is set in a fictional country called Zubrowka. Gustave H (Ralph Fiennes) is the concierge at this famous European hotel where Zero Moustafa (Tony Revolori), a lobby boy, is his trusted companion. A mysterious murder, theft and finding of a priceless Renaissance painting make it a delightful film.

However, what makes it an interesting watch is its stunning set design. The impressive visual of the hotel building, its traditional European furniture and colour schemes enhance the character of the building.

Interestingly, the lobby and interior of the hotel were shot in a vacant Görlitzer Warenhaus. Adam Stockhausen was the brain behind this production design, and he also won an Academy Award for it.

Another splendid light-hearted movie that every architect should watch is this Jonathan Parker film. Sure to resonate with architecture students, the main character is a young architect named Miles Moss (James Frain) who is hired by a married couple to design their dream house.

However, things go the reverse way as Miles is shown to be a very egoistic and arrogant architect who is completely obsessed with his work. Whether he will build the couple their desired home or work on his dream masterpiece is what makes this light comedy an entertaining watch.

Architects will relate to the several stereotypes that they get to hear in their daily lives from others as the film shows how the world sees them. You also get a glimpse of the studio at the University of Washington School of Architecture, which becomes Miles’s office.

When a successful screenwriter, Gil (Owen Wilson), struggles to overcome writer’s block, he takes a stroll at midnight in Paris and falls in love with the splendid architecture and beauty of the most romantic city in the world. During his night walk, Gil goes back in time where he meets stalwarts like Ernest Hemingway, Zelda and Scott Fitzgerald and Josephine Baker.

While he is completely smitten by Paris’s atmosphere, architecture and overall vibe, his fiance Inez (Rachel McAdams) is the complete opposite who doesn’t find the city as romantic as Gil. Whether Gil’s love for Paris drifts him away from the lady he is about to tie the knot with makes this beautiful romantic drama a must-watch.

While the story may not be based on architecture, it is one of the best Woody Allen movies every architect or movie buff should watch at least once. The jaw-dropping buildings and classic European architecture are sure to inspire both alike.

Besides being a movie that vividly shows how important a role architecture plays in setting up the mood of a dystopian world, Blade Runner is touted as a classic sci-fi film, which is helmed by Ridley Scott.

The director focuses on a futuristic world which is neither fantasy ridden nor a superfluous place to live. In the film, Los Angeles of 2019 is a dark city full of cyborgs called Replicants, created by human beings for entertainment. The dystopian movie shows the horrors of how these Replicants are out and about hunting for shelter. In such a scenario, Rick Deckard (Harrison Ford) is an LAPD blade runner who is tasked to hunt these cyborgs.

Although Los Angeles did not turn out to be as depicted in this film in 2019, Blade Runner does an extremely commendable job in setting up the cityscape with tall buildings, dust-laden furniture and evolved cars that capture the action mood brilliantly.

Taking cues from this 1982 film, director Denis Villeneuve made Blade Runner 2049 in 2017. Canadian actor Ryan Gosling steps in as Officer K, who is assigned to find Rick. Bringing out the architectural concept of Brutalism, which includes excessive use of raw concrete or ‘Beton brut,’ from which it derives its name, this sequel follows a similar narrative and upholds the ideas around Brutalism.

With architecture as its main governing theme, the film revolves around the life of American architect Stourley Kracklite (Brian Dennehy) who arrives in Rome with his wife Louisa Kracklite (Chloe Webb) to host an exhibition in ode to the 18th-century French neo-classical architect Étienne-Louis Boullée. The significance of the spherical shapes that dominate the frame and how the film gets its unusual name have been detailed in the narrative.

Nominated for the 1987 Palme d’Or, this Peter Greenaway movie is a treat for architects who get to see a utopian Rome. Seasoned with bitter humour, Greenaway uses unique symbolism to shed light on the city’s relationship with its monuments while highlighting several unfinished works which makes it one of the best movies every architect must watch.

Question: What are some movies that architects and architecture lovers must see?

Answer: While you can choose from the list of movies mentioned above, other movies to watch include 'In Exchange for Five Apartments and One Shop!' (2005), 'Koyaanisqatsi: Life Out of Balance' (1982), 'Dark City' (1998), 'Citizen Architect: Samuel Mockbee And The Spirit Of Rural Studio' (2010).

Question: What are some of the most influential design movies?

Question: Which movies are a must watch for architectural and design enthusiasts?