On top of Christmas decorations, gift wrapping, and kissing under the mistletoe, watching Christmas movies are also part of December traditions. Although nothing beats the classic Christmas movies that we’ve watched over and over again, ’tis the season for some new Christmas content. This year, Netflix is releasing numerous new movies and two TV shows for the festive season. Some have already been released while some are set to release in December 2021.

In order to fully embrace the Christmas spirit, we’ve picked out twelve releases, one for each day of The Twelve Days of Christmas. So, whether you plan to watch these shows and movies Home Alone or at your Office Christmas Party, here are twelve new Christmas TV shows and movies to catch on Netflix this December, or now, if you’re already in the holiday cheer.

12 Christmas movies and TV shows to watch on Netflix Love Christmas romances? This one is right up your alley. A writer from LA swipes right on her perfect match (or so she thought) on a dating app, only to find out that she’s been catfished after flying 3,000 miles to surprise him for Christmas. If you haven’t already, watch Love Hard starring Nina Dobrev, Jimmy O.Yang, and Darren Barnet. 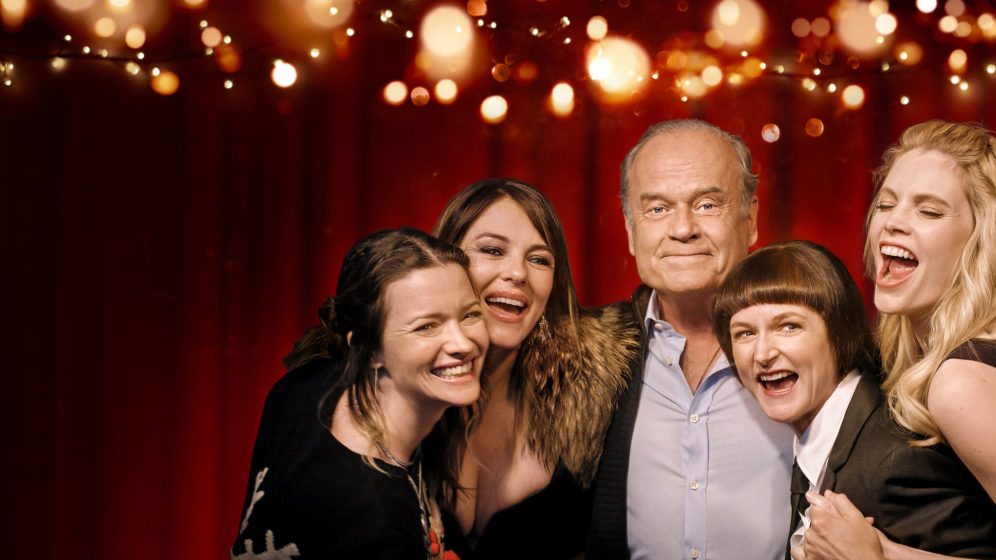 Father Christmas is Back

If you’re one for Christmas comedies, add this to your list of things to watch on Netflix. Christmas is all about family. And in this case, for Father Christmas is Back, it’s about four feuding sisters that get a crash course in family togetherness from their long-lost father that shows up for Christmas. All of this happens at their posh ancestral manor. 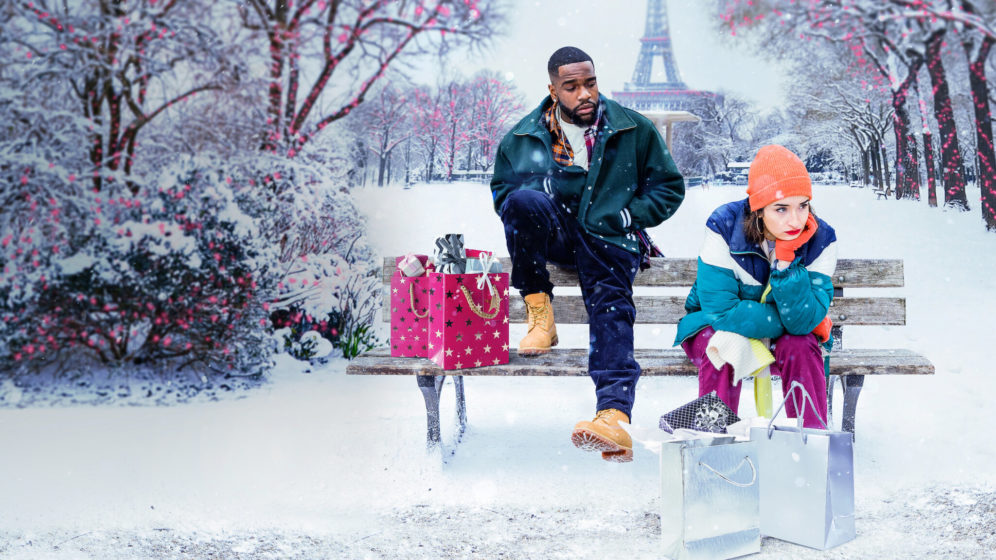 Looking for European Christmas entertainment content? This is it. French rom-com Christmas Flow follows the story of an unlikely romance between a famous rapper and a tenacious journalist. The Princess Switch 3: Romancing the Star

Netflix is gifting us another Vanessa Hudgens Christmas movie this year. Yes, it’s the third part of the 2018 movie The Princess Switch. In this second sequel, not only is a priceless relic stolen, but another doppelgänger is added to the mix. On top of royal look-alikes Margaret and Stacy, For The Princess Switch 3: Romancing the Star, we get to watch three versions of Vanessa. 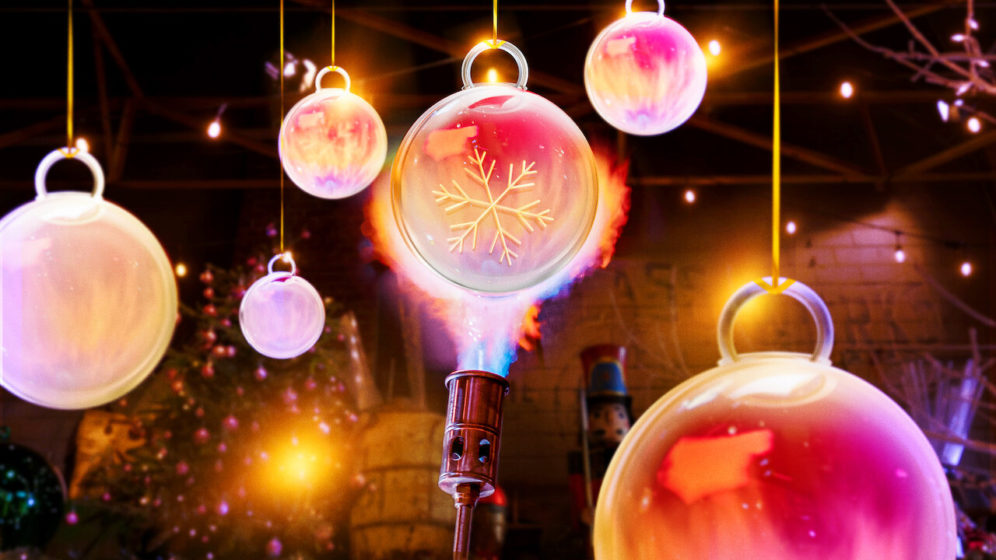 For something a little different, watch the Christmas edition of the reality competitive show Blown Away. Five returning artists compete by filling the hot shop with festive designs, and, of course, the winner bags the prize money. Stream Blown Away: Christmas for some Christmas cheer, but also some Christmas competition. 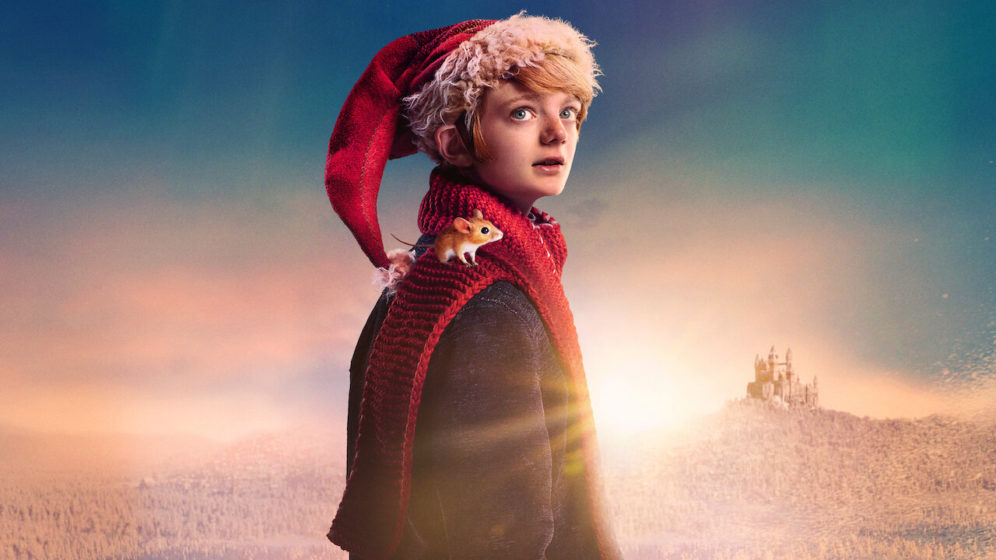 A determined young boy discovers his destiny in a magical land inhabited by elves while on a quest to find his father, and bring home the gift of hope. This well-crafted film is well on its way to becoming a Christmas classic movie. This is a must-watch. 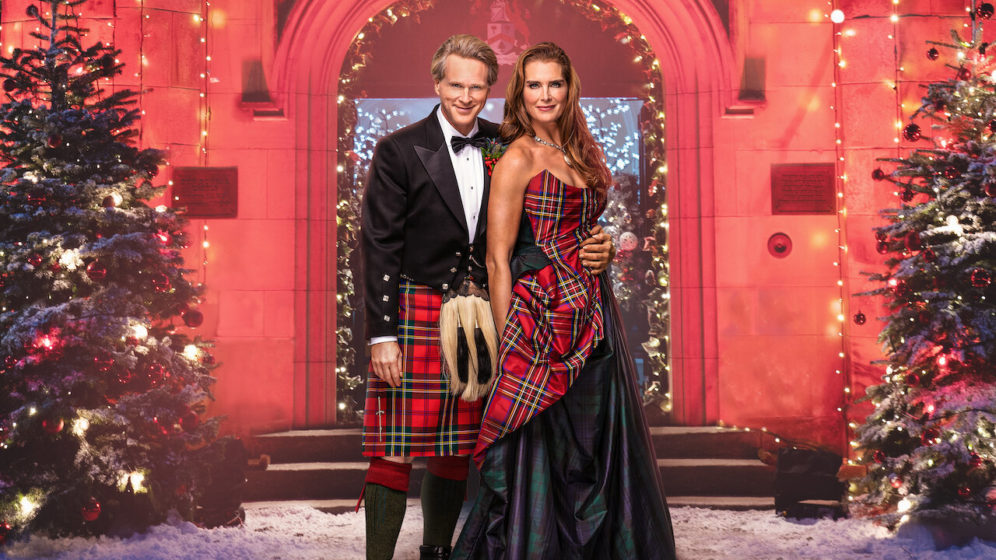 A Castle for Christmas

Next, we’ve got another romantic comedy. For this one, it’s love at first sight between a castle and a writer. With the intention to escape a scandal in her hometown, a bestselling author travels to Scotland, where she faces off with the grumpy duke that owns the castle. All she wants is A Castle for Christmas, but will she get it? Watch to find out. 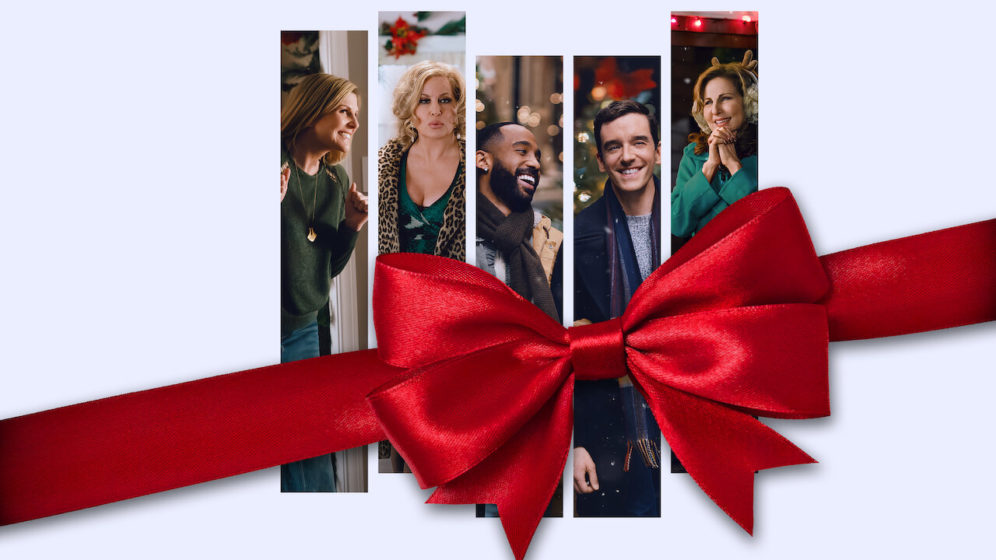 Single All the Way

Releasing a week from now, this feel-good movie is guaranteed to put a smile on your face. Peter, the protagonist, asks his best friend to pose as his boyfriend when he visits home for Christmas. Peter’s family is hellbent on getting him into a relationship, and so, they play matchmaker. The meddling leads to an unexpected, newfound romance. This December, it’s single bells, single bells, Single All the Way. 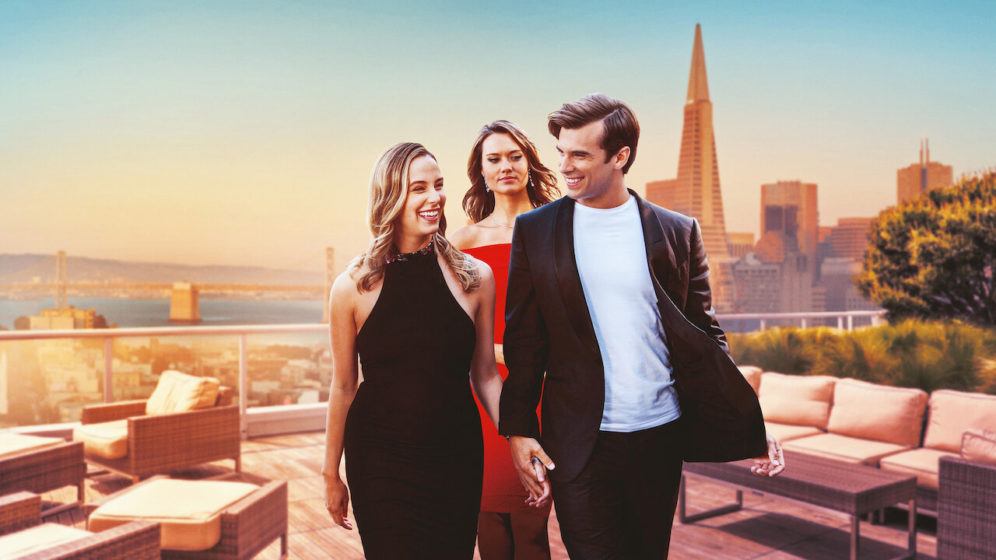 A California Christmas: City Lights is a sequel to the 2020 Netflix original A California Christmas. Watch to see how Callie and Joseph are doing one year after they fell in love. In this sequel, the two lovebirds bid farewell to their dairy farm, winery, and perhaps their perfect romance when they move to the city due to Joseph’s family business. 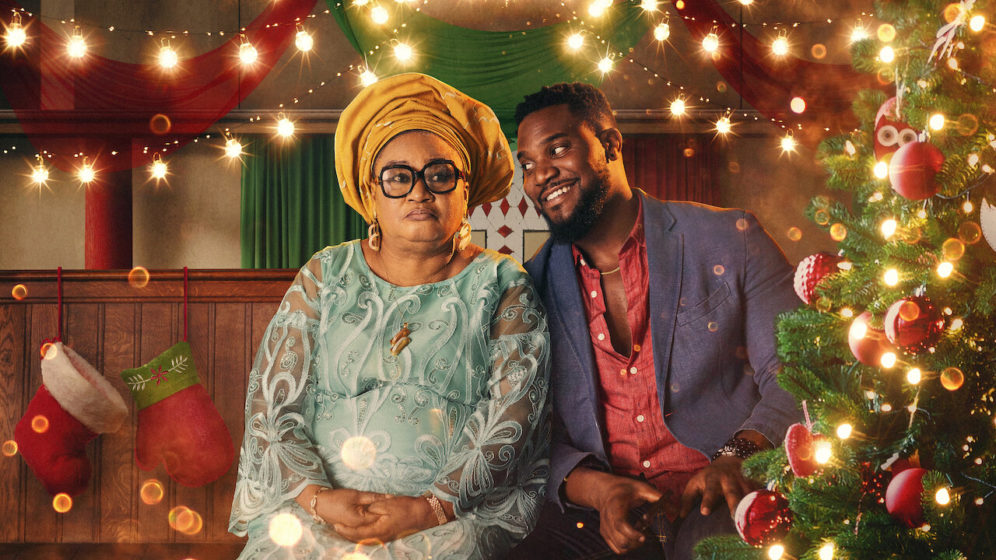 Netflix welcomes the first-ever Nigerian Christmas movie this December 2021. A Naija Christmas is set in Lagos, Nigeria, and features all the Nollywood favourite actors and actresses. In order to honour their mother’s Christmas wish, three sons fiercely compete to find wives that they can introduce to the family by Christmas. 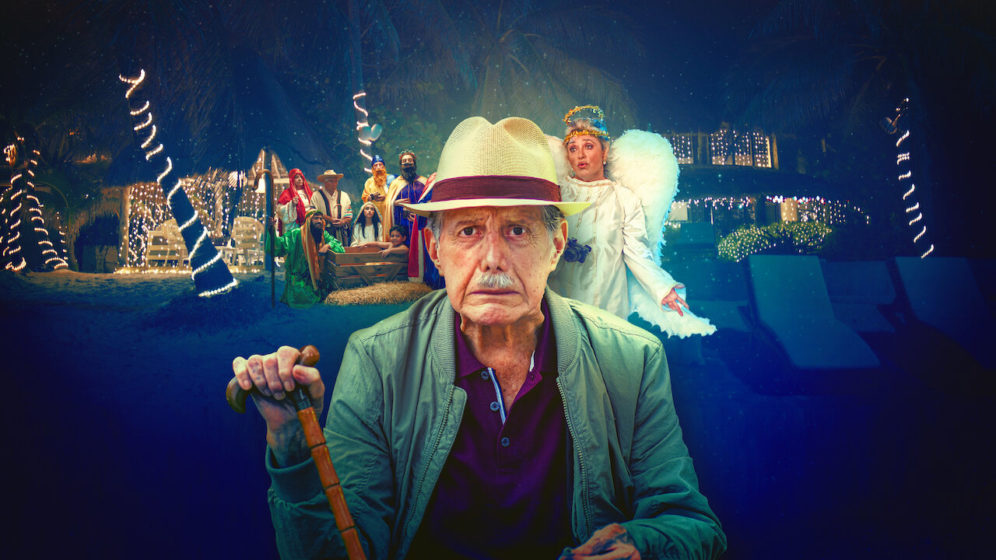 For some Mexican family drama, catch Grumpy Christmas on Netflix this 22 December 2021. Here is the gist of the film. A family trip to the beach turns wild as Servando and Alicia start an over-the-top competition to control Christmas. Feliz Navidad, or maybe not. 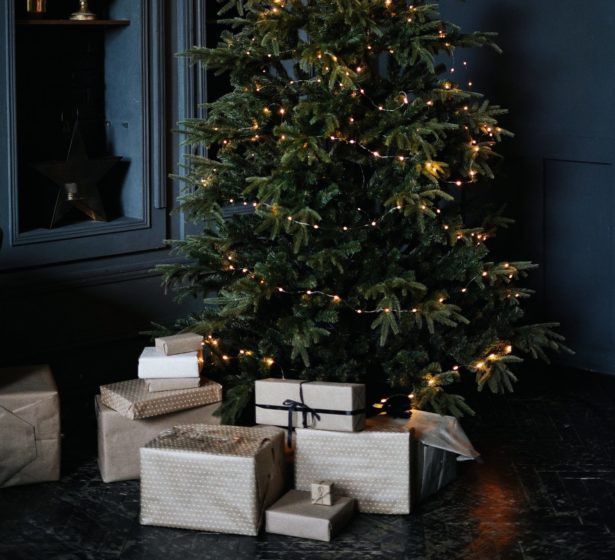 If you want to watch something you’ve never watched before on Christmas eve, keep an eye out for 1000 Miles from Christmas. Sticking in theme with Christmas flicks, this Spanish movie centres around romance. More specifically, romance between an auditor who despises Christmas and a woman who is set to change his perception.

Christmas christmas movies New Netflix series What's New on Netflix christmas 2021
You might also like ...
Living
New K-dramas to catch on Netflix this November and December 2021
Living
What’s new on Netflix and HBO Go this November 2021
Culture
20 years of Harry Potter movie magic: 4 ways to celebrate based on sorting houses
Food & Drink
5 hot chocolate recipes for your upcoming Christmas party
Natasha Sethi
An animal-loving activist with a fervor for writing, designing, and anything creative. Natasha's hobbies include obsessing over golden retrievers & ocean swimming.