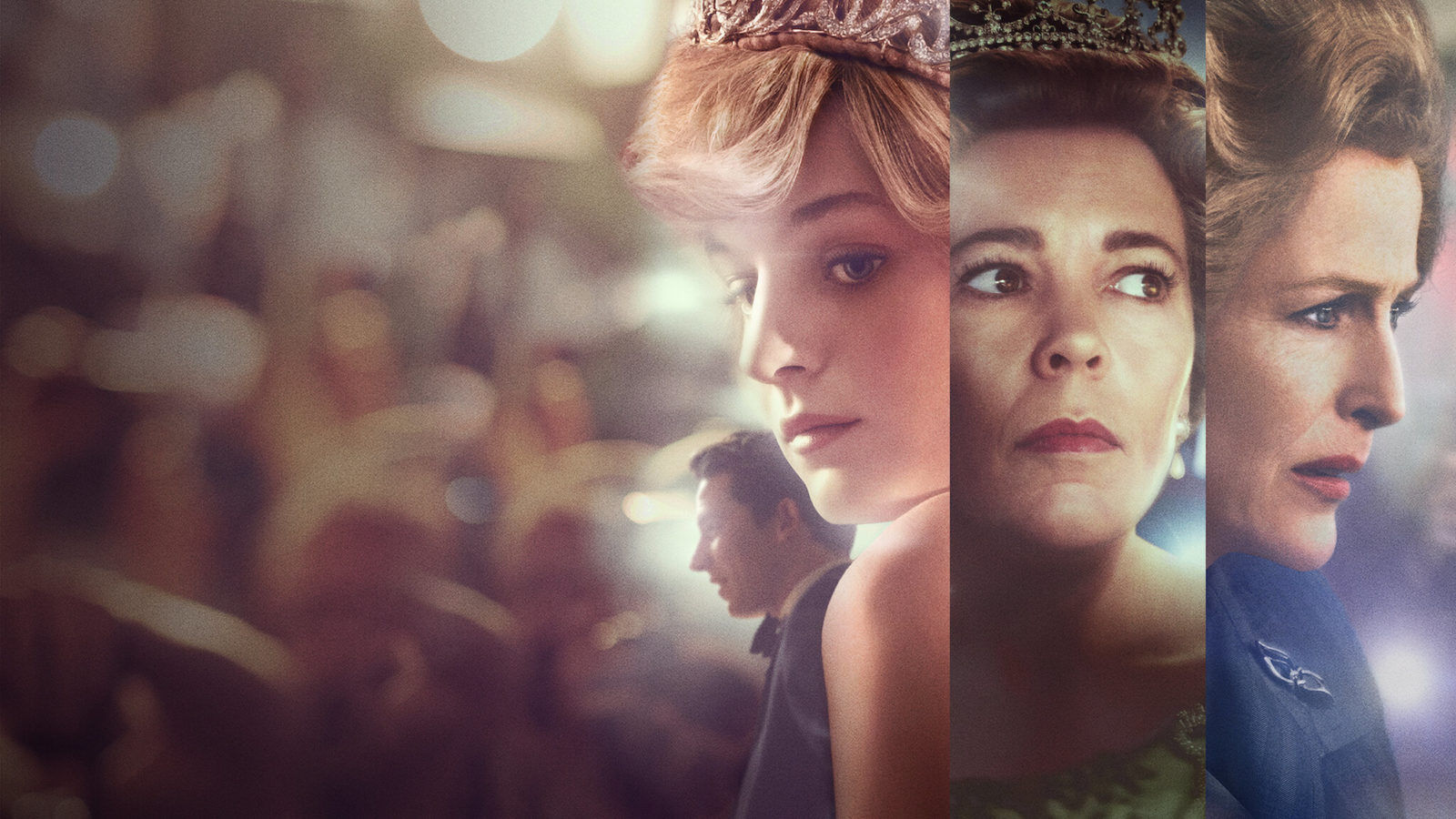 Still looking to fill the Bridgerton–shaped void in your life? Here are nine period dramas releasing 2022 that may help.

From Dakota Johnson’s Persuasion — tailor-made for hopeless romantics, to Florence Pugh’s A Wonder for thrill-seekers, the choices are endless for period drama enthusiasts. This is set to be an exciting year for period dramas, with numerous highly-awaited films and series releasing both on celluloid as well as streaming platforms like Netflix.

Living
Where to experience your own ‘Bridgerton’ in Bangkok

Starring Dakota Johnson, Cosmo Jarvis, Henry Golding and Suki Waterhouse, Persuasion narrates the tale of a second chance and the rekindling of long-lost love between the protagonists, Anne Elliot and Captain Frederick Wentworth. Based on the namesake novel by Jane Austen, the film follows the life of Anne, who is one of the three daughters of the wealthy and influential English aristocrat, Sir Walter (Corin Redgrave).

A part of Anne’s wish remains unfulfilled, ever since she is persuaded by her family to not marry her true love, Frederick, eight years ago, owing to his poor social standing. However, the flame between them never died.

Years later, when Wentworth returns from the Napoleonic Wars with financial gains and the socially respected rank of a naval officer, old sparks rekindle between the two.

Directed by Carrie Cracknell, the Netflix movie is a must-watch if you are into the ‘one who got away’ trope of romance. Watch the period film for its beautifully extravagant costume design, and Cracknell’s playful rendition of this classic from Jane Austen.

This film brings to life the story of one of the most famous and trailblazing writers of the millenium, Emily Brontë, a gem, who the world lost at just 30 years of age. Starring Emma Mackey as Emily, the tale follows the intense years leading up to the creation of her influential novel Wuthering Heights.

It offers a peek into her exhilarating, uplifting and rebellious journey to womanhood. Set in the backdrop of the Yorkshire moors, this coming of age film is Frances O’Connor’s promising directorial debut.

Written and directed by Damien Chazelle, Babylon is an American period drama film all set to have a Christmas release this year. The star-studded cast includes Brad Pitt as John Gilbert and Margot Robbie as Clara Bow, along with Tobey Maguire serving as an executive producer. Maguire also has a cameo in the movie, as silent film icon Charlie Chaplin.

Although Paramount has not officially released a plotline yet, speculations say that the movie  explores the glitzy and glamorous world of Hollywood and the industry’s transition from silent films to motion pictures with a synchronised soundtrack (talkies). The cast also includes Olivia Wilde and Jean Smart.

An adaptation of Irish-Canadian playwright Emma Donoghue’s best-selling novel, The Wonder is a psychological thriller that examines the life of a ‘miracle’ girl, who appears to survive without food for months together. With Florence Pugh as Lib Wright in the lead role, the Netflix movie is set in the mysterious valleys of 19th-century Ireland and directed by Sebastián Lelio.

Pugh plays the role of an English nurse, whose presence is urgently requested in Ireland to observe and analyse the 11-year-old, deeply religious miracle girl, Anna O’Donnell (Kíla Lord Cassidy). She has been heralded as a marvel and turned into a tourist attraction for her monk-like survival skills sans any food. O’Donnell soon becomes a sensational phenomenon as townsfolk throng to get a glimpse of her.

Wright is also joined by a journalist, who is skeptical of this seemingly miraculous story of survival, and wonders whether something more sinister is at play.

Actress Emma Corrin, who essayed the role of Princess Diana in the fourth season of The Crown, will star as free-spirited noblewoman, Lady Constance Chatterley in this period drama. Based on DH Lawrence’s novel of the same name, the film is directed by Laure de Clermont-Tonnerre and follows the story of Lady Chatterley, who is pursuing a torrid affair with a gamekeeper (Jack O’Connell), after falling out of love with her husband. In this process, she discovers more desire and intimacy than she ever thought was possible.

An American historical epic film, directed by Gina Prince-Bythewood and co-written by Dana Stevens (screenplay too), The Woman King is a period drama inspired by the true events that took place in The Kingdom of Dahomey. It was one of the most powerful African states in the 18th and 19th centuries.

The remarkable  story follows the fierce military general, Nanisca (Viola Davis) and her recruit Nawi (Thuso Mbedu) as they ward off enemies and fight those who have corroded their sense of honour. The cast also includes Lashana Lynch, John Boyega, Sheila Atim, Adrienne Warren, Jayme Lawson and Hero Fiennes-Tiffin.

Chronicling the political upheavals and personal intrigues of Queen Elizabeth II’s reign, ranging from the 1940s to modern times, the fifth and penultimate season of the highly popular series is scheduled to release in November on Netflix. Imelda Staunton stars as Elizabeth, along with Jonathan Pryce, Lesley Manville, Jonny Lee Miller, Dominic West and Elizabeth Debicki in pivotal roles. The series follows the momentous events that shaped the second half of the 20th century.

Offering dramatic accounts of the queen’s early reign, personal life and romances, the Netflix-original series debuted in 2016 and garnered worldwide recognition. Season four tracks the years following 1979, when Prince Charles meets Diana (Emma Corrin) for the first time. The tumultuous progression of their relationship, right from courtship to marriage and the birth of Prince William and Prince Harry is portrayed in this season.

The upcoming fifth season is expected to cover the events that took place in the late 1990s during the world’s most famous monarchy, where the previous season had ended.

Centred around the classic ‘enemies-to-lovers’ angle, the period romance drama follows the life of Mr. Malcolm, who is in search of a suitable bride for himself. He wishes to find a lady who shall meet his fussy and long list of requirements and conditions.

Pinto plays the role of a country girl who despises Mr. Malcolm in the beginning and plots revenge against him, alongside her friend Julia Thistlewaite (Zawe Ashton), because he rejects Julia for not meeting his criteria. In a (not so) surprising turn of events, she ends up courting him instead.

While this was released in April, Simon Curtis’s exciting sequel, Downton Abbey: A New Era is a must watch for period drama-lovers. The movie revolves around the Crawley family as they go on a grand journey to the South of France to unearth the mystery of the dowager countess’s newly inherited villa. Set against the background of Highclere Castle’s hallowed halls, Dame Maggie Smith is back as Dowager Countess Violet Crawley, with Michelle Dockery returning as Lady Mary Talbot.

Tuppence Middleton, is back as Lucy Smith, with Hugh Bonneville reprising his role as Robert Crawley and Imelda Staunton as Maud Bagshaw.

It released in theatres in the United Kingdom on 29 April 2022, by Universal Pictures and in the United States in May by Focus Features.

Netflix New on Netflix Bridgerton period dramas Bridgerton Season 2 Film & TV 2022
You might also like ...
Culture
‘Bridgerton’ season 3 to focus on Colin and Penelope’s love story
Living
Where to experience your own ‘Bridgerton’ in Bangkok
Living
Nicola Coughlan of ‘Bridgerton’ on body positivity
Living
New K-dramas and Korean movies releasing on Netflix this 2022

15 feel-good Korean comedy movies to beat all your blues