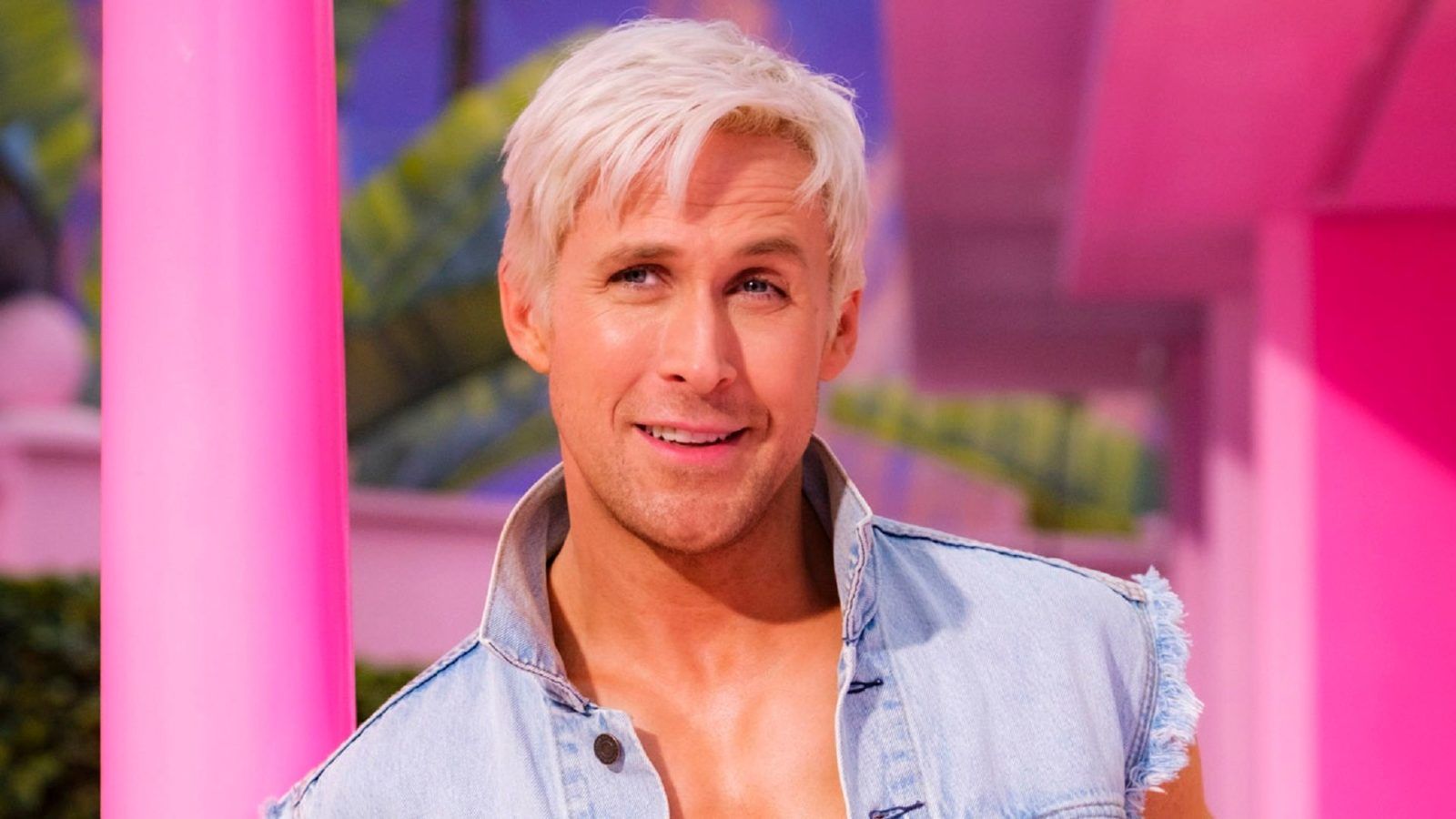 The internet is going crazy over Ryan Gosling as Ken in the upcoming Barbie movie. Especially his custom underwear.

The first look of Ryan Gosling as Ken in the upcoming film Barbie, was released by Warner Bros. on 15 June, piquing everyone’s attention. In the world of Mattel’s Barbie dolls, Ken is Barbie’s tanned, toned and plastic boyfriend.

What all we know about Barbie

The 41-year-old Hollywood heartthrob is seen striking a pose in an all-pink setting.

The shirtless Gosling wears a 1980’s style denim vest, through which his perfectly sculpted eight-pack abs and tanned body are clearly visible. The white waistband of his underwear bearing the name ‘Ken’ is evident over the jeans too.

The two-time Academy Award nominee’s Ken look comes around two months after the makers revealed Margot Robbie in the titular role of Barbie.

In her picture, Robbie can be seen smiling while posing in a hot pink convertible.

Robbie, who is also a two-time Academy Award nominee, serves as a producer of the film as well. In a 2019 press release, she had underlined the contribution of Barbie dolls in empowering children.

“Playing with Barbie promotes confidence, curiosity and communication throughout a child’s journey to self-discovery,” Robbie said.

She added, “Over the brand’s almost 60 years, Barbie has empowered kids to imagine themselves in aspirational roles from a princess to president. I’m so honored to take on this role and produce a film that I believe will have a tremendously positive impact on children and audiences worldwide.”

Barbie is the first live-action film on the eponymous dolls. Directed by Greta Gerwig, the film is set to release on 21 July 2023.

The plot details are not known, but reports say that some of the other actors play different versions of the characters, such as Simu Liu, who plays another version of Ken.

The Barbie doll was created by Ruth Handler, and debuted on 9 March 1959, at the New York Toy Fair. Since then, it has become one of the world’s most famous toy ranges, including celebrity-inspired dolls.

Margot Robbie Barbie Academy Award Ryan Gosling Ken
Manas Sen Gupta
Manas enjoys reading detective fiction and writing about anything that interests him. When not doing either of the two, he checks Instagram for the latest posts by travellers. Winter is his favourite season and he can happily eat a bowl of noodles any time of the day.
Travel Culture Entertainment Food
Sign up for our newsletters to have the latest stories delivered straight to your inbox every week.