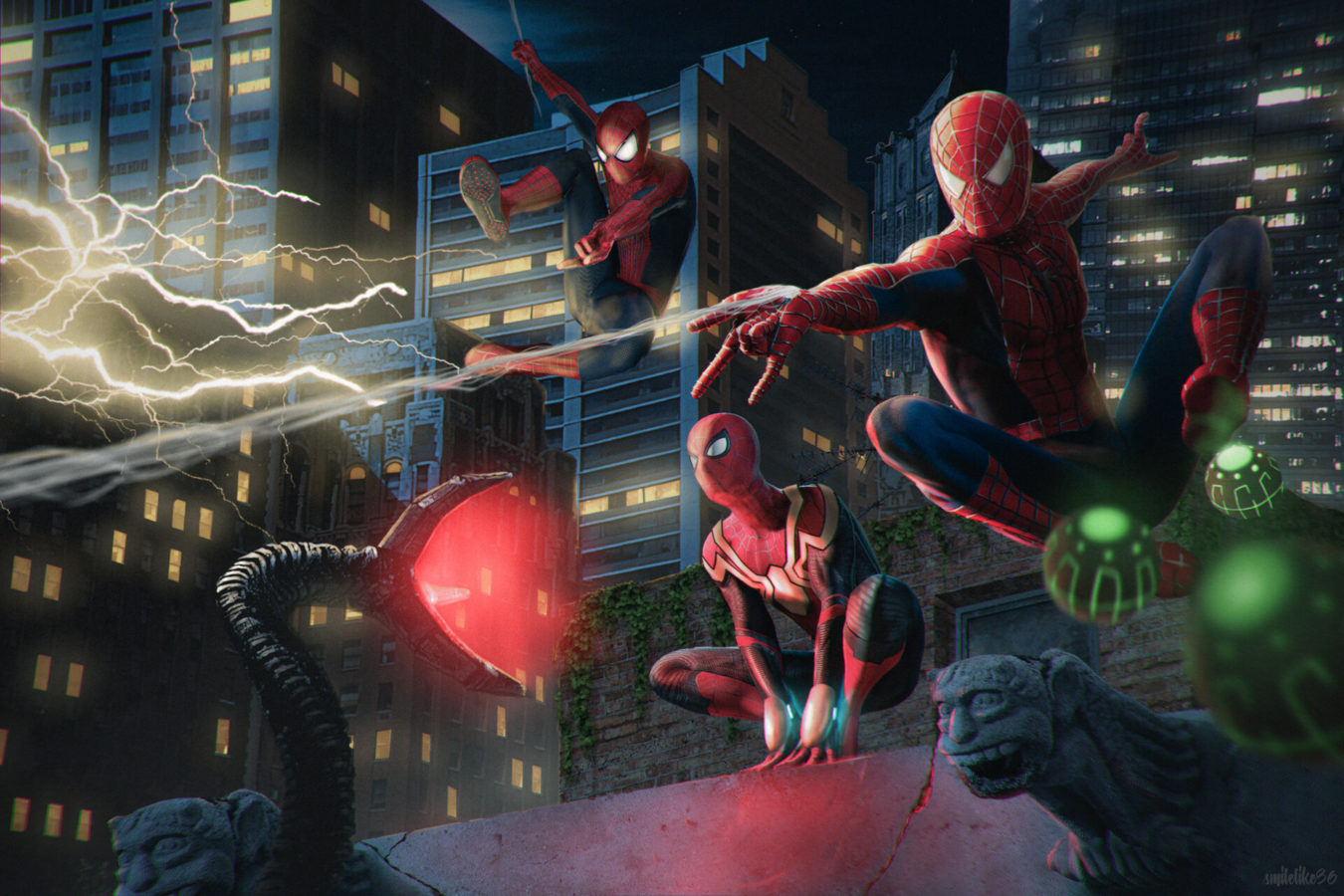 Spider-Man: No Way Home is hitting theatres, so before booking our tickets, we’re looking back at Spider-Man’s most iconic movie scenes over the years.

Ladies and gentlemen, it’s Spidey season. Right since I saw the first Spider-Man: No Way Home trailer back in July that confirmed the return of Doc Ock, Green Goblin, Sandman, Electro, and the Lizard, I’ve been digging the internet for any trace of the other Spider-Mans jumping in too. Don’t want to spoil anything, but Marvel fans and especially those who grew up watching the Sam Raimi and Marc Webb movies, are in for a treat. However, before the watch, what critics are claiming to be ‘the greatest super-hero movie ever made’, let’s look back in time and reminisce the good ol’ Spidey days. From one Spidey-fan to another, these are some of the best Spider-Man movie scenes of all time.

After his bite, Peter is still discovering and adjusting to his new superpowers. In the process of this, he saves MJ from slipping over while catching the contents of her lunch tray. Also, he slingshots some macaroni onto Flash, which leads to Peter bullying the bully.

Every 90s kid loved this scene, and it was perhaps one of the most iconic super-hero kisses ever. After saving MJ from a few muggers in a really shady New York alleyway, she calls him back for a small ‘thank you’.

The Green Goblin is one of Spider-Man’s most menacing enemies and we can’t wait to see him on the screen once again. The last time we did, was when Spider-Man dodged his goblin glider and it crashed into him, leading to his death. This was right after the infamous bridge scene and his mano-a-mano fight with Spidey. His last words still haunt us, ‘Peter, don’t tell Harry’.

The guilt of his uncle’s death, murdering Norman Osborne, multiple jobs, money trouble at home, and a rough relationship with Mary-Jane was undoubtedly a bit too much to handle for good-guy, Peter Parker. This resulted in him losing his confidence and hence, his powers. After a brief period of reflection and consultation, he dumps his Spidey-suit in the trash.

Making his big ‘Spidey-Man is back statement’ after Doc Ock kidnaps MJ, they battle it out in and over a moving New York train. At one point, Doc Ock jams the train on full throttle and ditches it saying “You have a train to catch”. Peter then shoots out 100s of webs holding back the train. This was undoubtedly one of the best Spider-Man scenes of all time.

Right after the train havoc, Doc Ock delivers Peter to Harry Osborne, who promised him a hefty dose of tritium in return. As he pulls off Spider-Man’s mask, he falls off his feet in shock seeing it’s his best friend. He then tells Peter about Doc’s plans leading to a final fight.

Finally, the Venom symbiote takes control of Peter Parker for the worse, leading him to accidentally harm MJ too. After some self-reflection on a church tower, he decides it’s time to ditch his infamous Venom suit. After real brawl, he manages to break free as it then gets a hold of Eddie Brock.

There’s a lot happening in this scene here. Spidey almost dies, Harry comes to the rescue then sacrifices himself, Venom is destroyed by a goblin pumpkin bomb, and Sandman comes clean about uncle Ben’s murder. All of this, was while Peter tried rescuing a hostage MJ.

Is it just me? or the Lizard was a tad bit weird to look at? Maybe it was just bad CGI. The first real battle between the Lizard and Spider-Man took place in the drains. And it was quite a fight, leaving Spider-Man injured. Also, speaking of ‘leaving behind’, the Lizard finds a camera with the label ‘Property of Peter Parker’.

Whilst Spiderman and Goblin Jr are busy exchanging blows back and forth, Stacy’s life was at risk as she very tightly holds onto dear life atop the power grid installed by Electro. Probably the most gut-wrenching, heart-pounding scene as Gwen loses grip of the web and falls to the ground as Spiderman got in to rescue her a little too late.

The big airport fight scene wasn’t only one of the best Spiderman movie scenes but also a pivotal point in the Avengers timeline. It’s Team Iron Man vs Team Captain America, and moments before the battle begins, Start yells out ‘Underoos’, with Spider-Man swinging in and stealing Cap’s shield.

Vulture shows up on the ferry – Spider-Man: Homecoming (2017)

Homecoming was the first official independent film as Tom Holland as Peter Parker. After he finds out that something suspicious is scheduled to take place on the ferry, he tries to intercept. In the chaos of things, the ferry literally gets sliced open and it’s upto Spider-Man to hold it intact. Luckily, Start comes to the rescue and later confiscates Peter’s Spidey-suit.

Moments after Thanos snapped, we witnessed Dr. Strange, Groot, and members of The Guardians Of The Galaxy fade into dust. One of the key heroes, Spiderman fell victim to the snap and very concerningly fell into Iron Man’s arms saying, ” I don’t feel too good’ and ‘I don’t want to die Mr. Stark’.

I think what made this scene particularly eerie was the fact that Tony Stark just died, and Peter was still mourning his loss. After Peter tries to inform Nick Fury about Mysterio’s intentions, he realizes that it was all an illusion. Toying with Peter’s mind, he throws a frenzy of mind-bending illusions trying to tap into his guilt and insecurities.

Looks like the cat’s out of the bag. After being defeated by Spider-Man, Mysterio leaves back a small gift for all New York news channels. He gives out Spider-Man’s identity. This is where the movie ends and Spider-Man No Way Home picks up from.

‘Midnight Asia’: 16 thoughts we had while watching the Bangkok episode on Netflix