Home > Living > Film & TV > If you loved ‘Squid Game,’ check out these 7 other survival game-themed shows 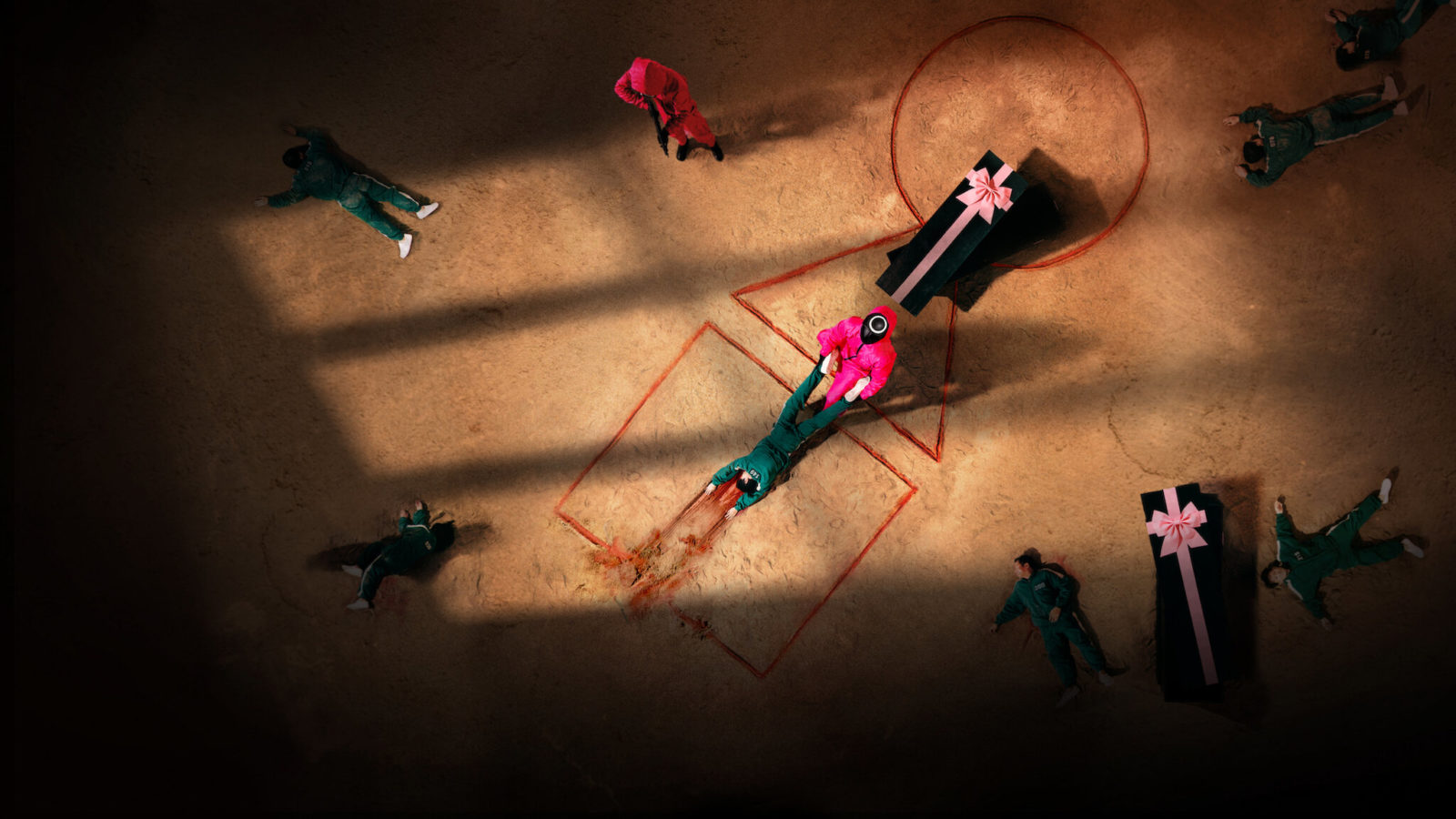 If you loved ‘Squid Game,’ check out these 7 other survival game-themed shows

Living
If you loved ‘Squid Game,’ check out these 7 other survival game-themed shows
Share this article
Next article

If you binge-watched Squid Game like we did, and you’re looking for something similar to watch now, here’s what we’ve got out eye on.

With a Rotten Tomatoes rating of 100 percent, season 1 of the K-drama Squid Game is surpassing the ranks of popularity swiftly; the show has topped the global Netflix chart. The 2021 survival drama series may even become Netflix’s biggest show ever as per the streaming platform’s co-CEO, Ted Sarandos.

“There’s a show on Netflix right now that is the No. 1 in the world, like everywhere in the world. It’s called Squid Game. Squid Game will definitely be our biggest non-English language show in the world, for sure,” Sarandos said at the Code conference in Los Angeles, US — as reported by CNET. Meanwhile, the series has reached the top spot in the US and the UK.

Sarandos says that “Squid Game,” a non-English Korean show that debuted only nine days ago (and I am just hearing about now), is on track to be its biggest show ever and is already number one in most countries.

Netflix describes the series as:

“Hundreds of cash-strapped players accept a strange invitation to compete in children’s games. Inside, a tempting prize awaits — with deadly high stakes.”

Squid Game depicts a set of poverty-stricken people — 456, to be precise — who are invited to play a mysterious children’s game, albeit with deadly twists. Participants are expected to risk it all as they set out to win 45.6 billion won (about US$ 38.4 million). Where the psychological survival game leads each contestant will keep you guessing.

The point is simple: if you win, you gain; if you lose, you die. Giving a deadly spin to the Japanese game show Takeshi’s Castle, each round leaves piles of dead bodies behind. So strap on your seat belts as the tightly written horror-thriller show is all set to capture you.

With Squid Game generating a buzz in its wake, are you in for some more thrill and gore? Here are some other survival game-themed shows to watch if you loved Squid Game. 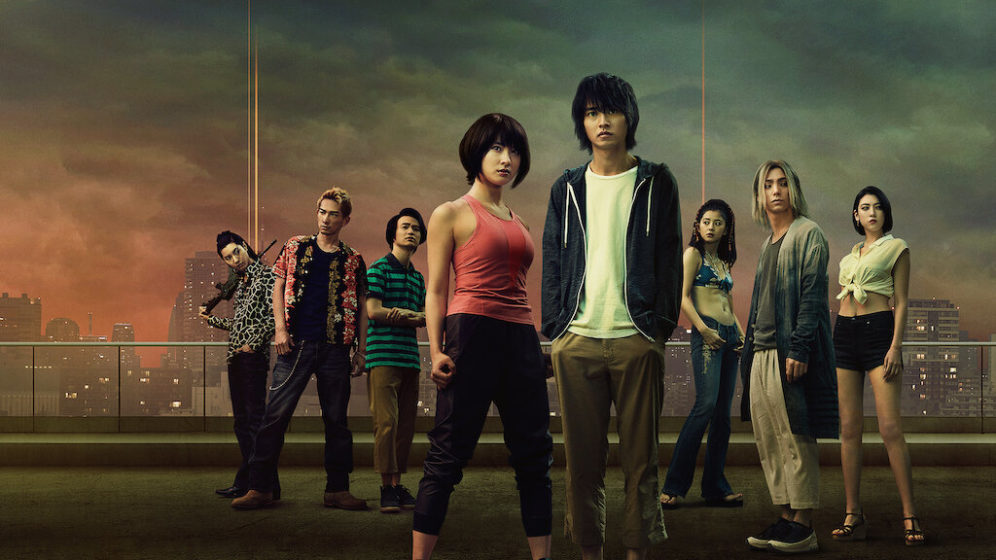 Finished watching Squid Game? Here’s another binge-worthy show. Based on the Japanese manga series by the same name, live-action series Alice in Borderland on Netflix is a sci-fi thriller that will blow your mind.

Starring Kento Yamazaki, Tao Tsuchiya and Nijiro Murakami in pivotal roles, the series has a Rotten Tomatoes score of 83 percent.

The dystopian series revolves around a group of friends who are forced to play a deadly game of cards. But here lies a deadly twist — each game ensures that the winner gets a little more time to live, and any player who runs out of time is killed by laser beams. Even though the deadly games are scary and brutal, the series will keep you glued to the screen.

Playing cards has never been as risky as this. 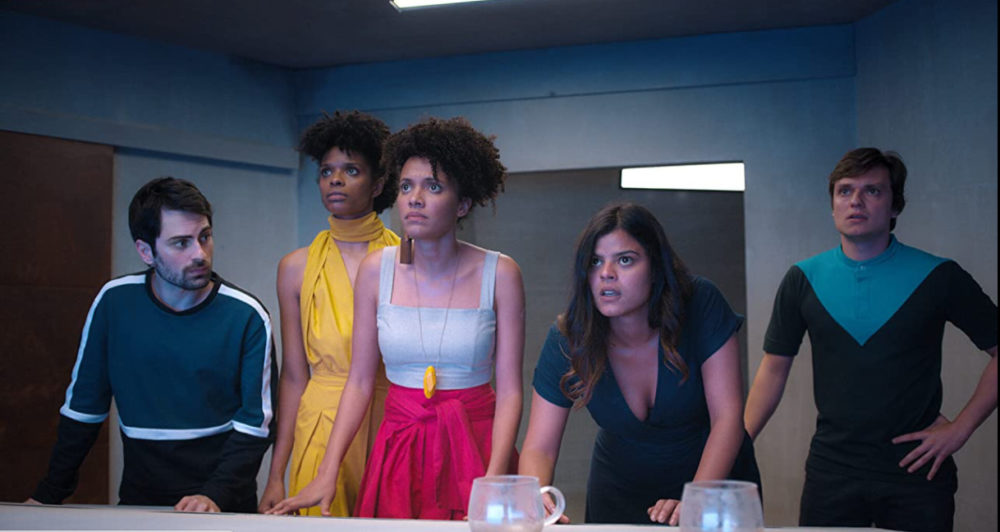 Starring Bianca Comparato, Vaneza Oliveira, and Rodolfo Valente, 3% depicts a future where more than half of the world battles with poverty and lives in a place called Inland. The affluent, on the other hand, live in the idyllic land of Offshore.

The only way the youth of Inland can build a better life for themselves is by competing in The Process — a deadly game where 20-year-olds are pitted against each other. Out of them, only three percent will win a chance to live in Offshore. Just like Squid Game, this game, too, gives a ray of hope to its contestants but comes at a high price.

With an IMDb rating of 7.4, all four seasons of 3% are available on Netflix. The series is highly recommended for Squid Game fans. 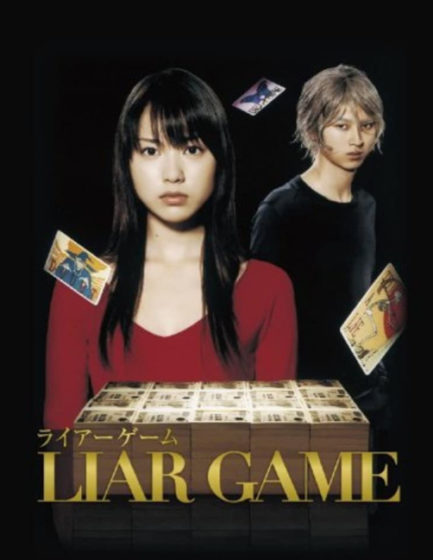 Based on a popular manga series of the same name, the plot of Liar Game is quite similar to that of Squid Game. The three-season show will keep you on the edge, and you can watch the last season of this show — Liar Game: The Final Stage — on Netflix in some countries.

The Japanese television drama series comprises three seasons and follows the journey of a young woman, Nao (Erika Toda), who finds herself drawn to the dangerous Liar Game.

Each participant in the game is given a huge sum of money and are supposed to manipulate the other into handing over their money. The mystery and intrigue only increase as each episode unfolds.

With Erika Toda, Shôta Matsuda and Michiko Kichise in main roles, Liar Game has an IMDb rating of 8.0. A South Korean version of this show by the same name was released in 2014. 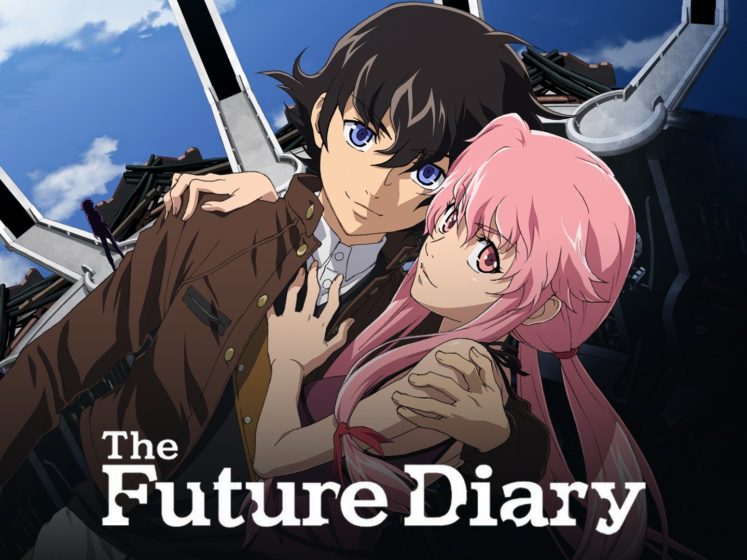 Mirai Nikki or The Future Diary is an anime series that shows Yukiteru Amano (Misuzu Togashi/Josh Grelle) as an introvert who spends his day journaling on his phone. One day, a god named Deus Ex Machina (Norio Wakamoto/Kent Williams) pays him a visit, which leads Yukiteru to participate in a deadly game. Here, he becomes one of the holders of a “Future Diary”.

Yukiteru soon realises that 11 others possess future diaries and are competing in a survival game, where the winner will be crowned as Deus’s successor. And to win the game, one must, obviously kill all the other competitors.

The 27-episode series is available on Netflix and has a 7.6 IMDb score. Many viewers believe that this one trumps Squid Game in terms of pace. 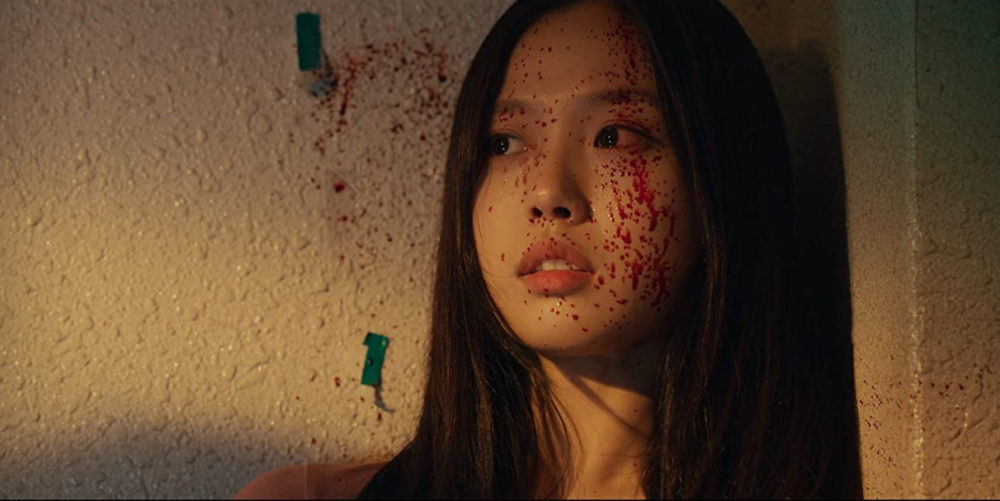 Based on an eponymous webtoon, Netflix’s K-drama Sweet Home is fantasy horror action-adventure series. Song Kang, Lee Jin-uk and Lee Si-young are cast in primary roles in this Korean drama.

Netflix describes the series as:
“As humans turn into savage monsters and wreak terror, one troubled teen and his apartment neighbors fight to survive — and to hold on to their humanity.”

The series entails individuals transforming into monsters that depend upon their heart’s innermost desires. With danger waiting to pounce upon them from every corner, residents of the teen’s apartment are left to defend themselves and survive.

Rated 83 percent by Rotten Tomatoes, the 10-episode-long series is a must-watch for those who relish survival-themed shows. 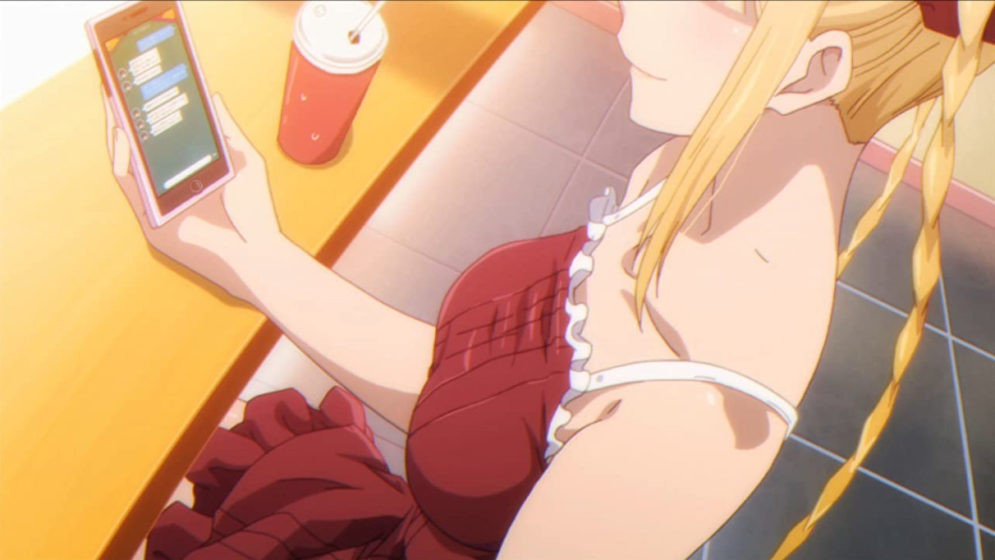 In this anime series, Sudou Kaname (Yûsuke Kobayashi) starts playing a mysterious mobile game only to find out that he can’t quit it no matter what.

Darwin’s Game is based on a Japanese manga series written and illustrated by FLIPFLOPs.

This series and Squid Game have similar themes as both showcase the protagonist’s detestation of the game master’s ways. With an IMDb rating of 7.3, the 12-episode season 1 is available on Netflix in some countries. 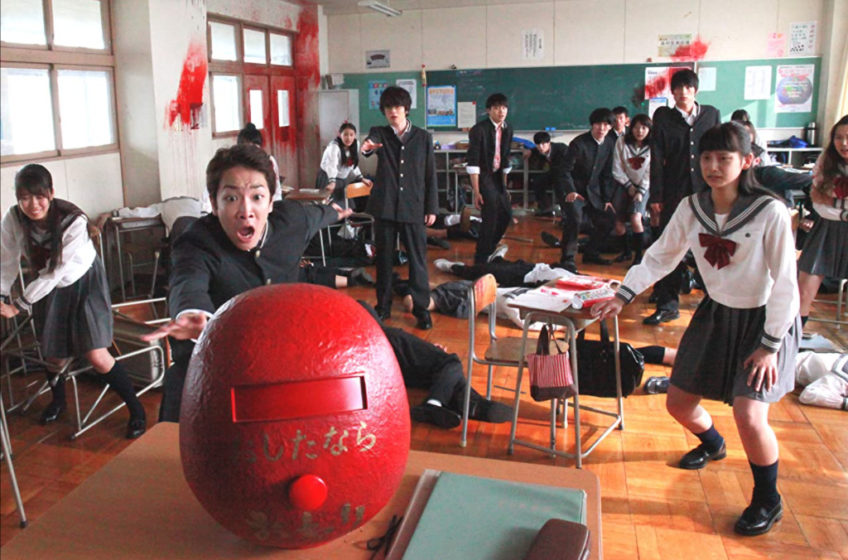 Based on the manga series Kamisama No Iu Toori, As the Gods Will revolves around a group of high school students who find themselves trapped and forced to play a game that will only lead to their destruction.

Starring Nijirô Murakami, Ryûnosuke Kamiki and Nao Ômori in prominent roles, the psychological thriller-survival series is available in select countries on Netflix. With a Rotten Tomatoes rating of 57 percent, the survival game series was also adapted into a movie.

Find out more
Entertainment New on Netflix What to stream on Netflix Content Hub Hidden K-drama Squid Game Netflix new series
You might also like ...
Style
12 designer heels we spotted and loved in K-drama shows
Living
10 other high society TV shows to watch after the ‘Gossip Girl’ reboot
Living
The 8 most bizarre shows we could find on Netflix
Living
Netflix Shows to keep your Olympics spirit going
Priyanka Lamba
It was while pursuing her degree in computer applications, when Priyanka decided to set her sights on content writing (talk about realisation and serendipity). In her spare time, she is either found immersed in books or movies.
Food Entertainment Culture Travel