Don’t lie. Watching Squid Game totally made you want to bring out your old tracksuit and Vans again.

The unprecedented success of the South Korean series Squid Game is helping to put this sportswear staple at the center of fashion wardrobes. Indeed, the drama series, which landed on Netflix September 17, could have a major impact on future fashion trends, from clothing to accessories.

The sweatsuit is currently living its best life. After being propelled to the forefront by the pandemic and, more specifically, by the successive lockdowns, the tracksuit has suddenly reappeared on the fashion world’s radar. Now that we’re back to an almost normal life, you may have thought that sweatsuits would be forgotten, but the global success of the “Squid Game” show — and the outfits worn by its main characters — seems to have decided otherwise. Not only is the sweatsuit far from dead, but it could well be the star piece of everyone’s wardrobe by the end of this year.

Surely no one can be oblivious to the global phenomenon that is Squid Game? Scoring the biggest series launch in Netflix history, with no less than 111 million views in under four weeks, according to the streaming platform, the South Korean series is well on its way to breaking all kinds of records. Starring Lee Jung-jae, Park Hae-soo and Jung Ho-yeon — who have gained millions of Instagram followers in just a few weeks — the drama follows a group of indebted individuals risking their lives in a survival competition for a high-stakes prize: more than $35 million.

The premise seems to have attracted many fans around the world, while also sparking interest in the clothing and accessories worn by the show’s main characters — sweatsuits first and foremost. The show’s heroes all wear teal-colored retro-inspired tracksuits — jacket and pants — on which appears their designated number, also visible on their white T-shirts. And it’s a look that seems to please. The global fashion search platform Stylight reports a 16% increase in clicks on tracksuits since the series’ release, September 17, compared to the same period a year earlier.

Similarly, the global platform Lyst reports a 97% increase in searches for retro-inspired tracksuits a few days after the series aired, but also a 35% increase for white number T-shirts — something that users certainly weren’t searching for randomly. Note too, a renewed interest in red jumpsuits — and this time Money Heist has nothing to do with it. Indeed, these are also seen in the series, with an increase of 62% in searches for this category. 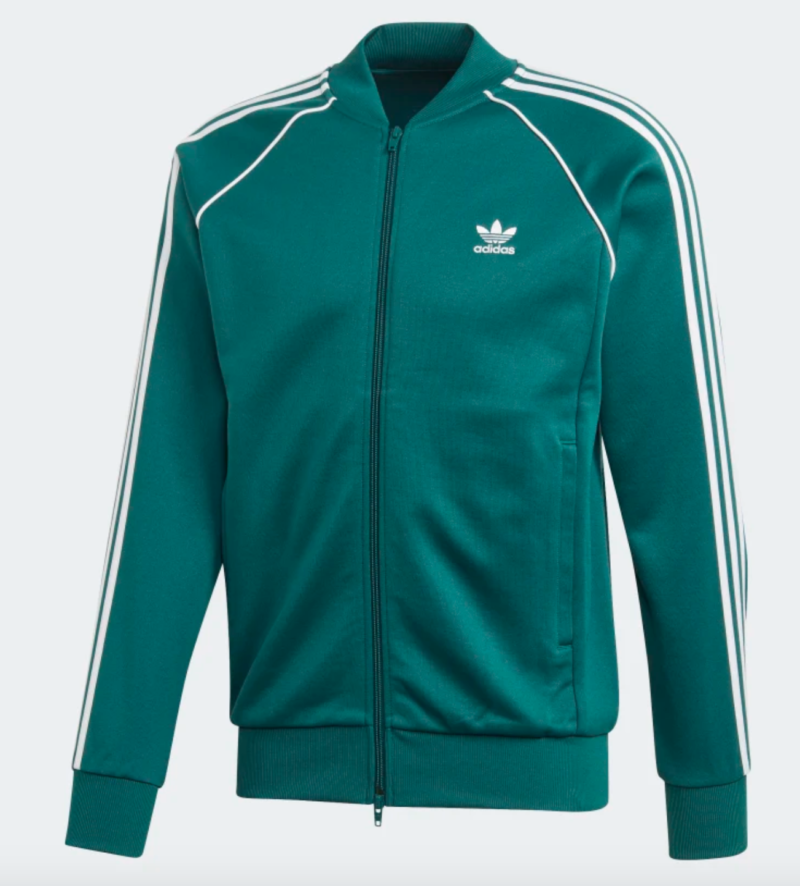 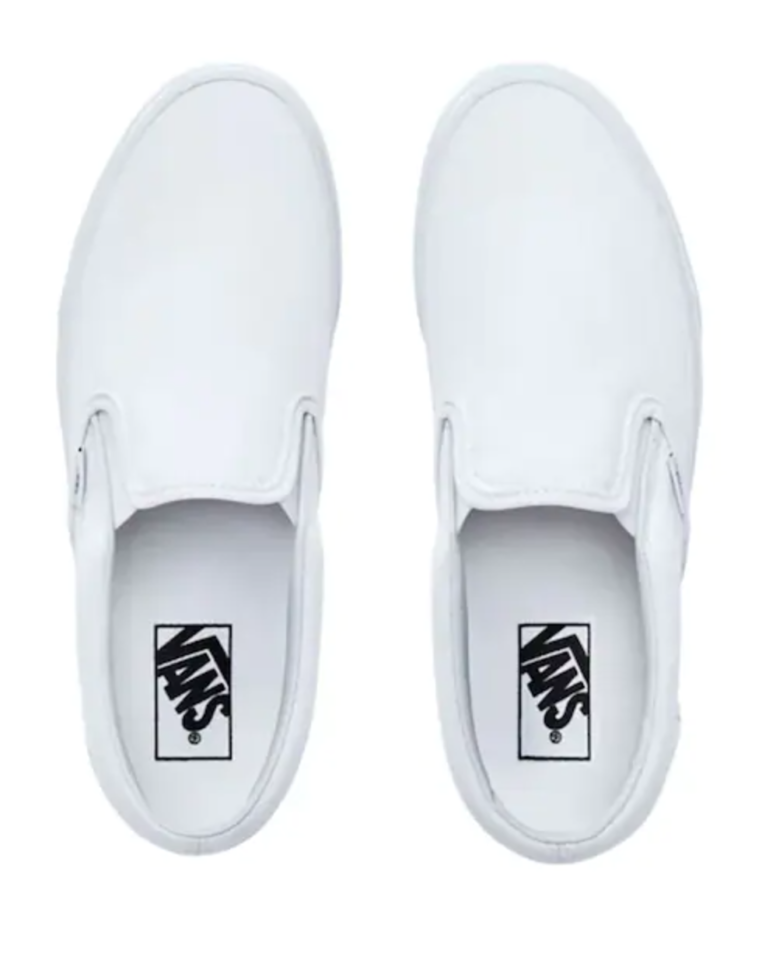 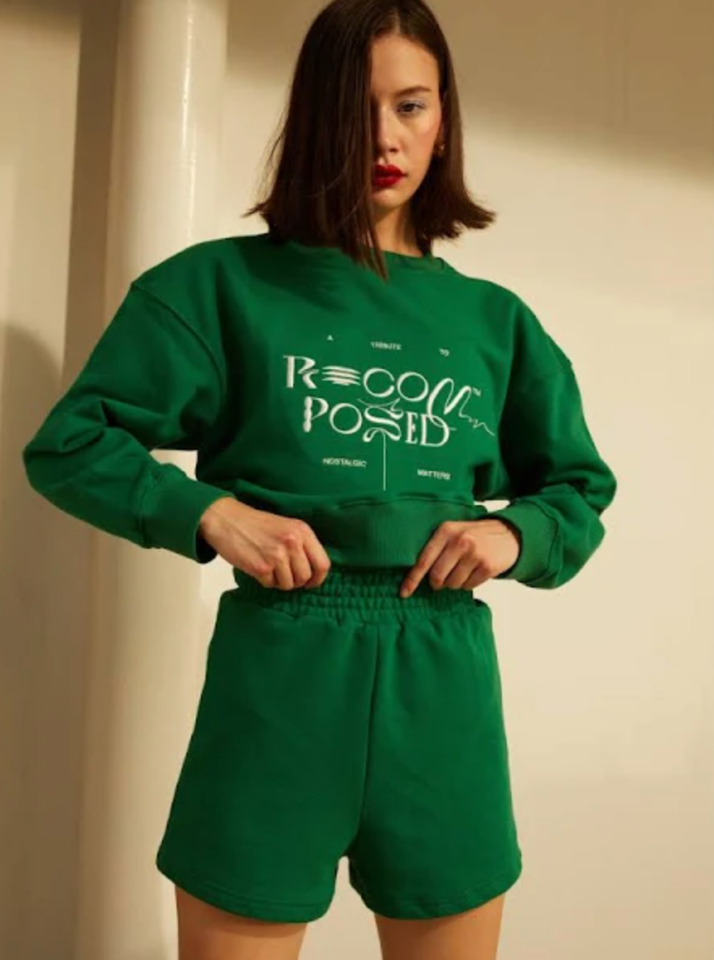 A boon for Vans Slip-Ons

The main characters of Squid Game all wear the same pair of shoes, easily identifiable as Vans Slip-On sneakers in an immaculate white shade… which does not remain so for long in the show. And again, these seem to be proving popular. Stylight observed a spectacular jump of 200% in clicks on the white version of the skate brand’s slip-on shoes, as seen in the series, from September 14 to October 14, compared to the same period a year earlier.

For its part, Lyst announced a 145% increase in searches for the white slip-on sneakers a few days after the release of the series, stating that Vans were the most viewed sneakers on the platform.

In recent years, television series have become a major source of inspiration for fashion lovers. From Lupin to Emily in Paris and The Queen’s Gambit to Bridgerton, TV shows have brought back to life trends that were long thought dead and buried. The phenomenon certainly isn’t new — Sex and the City and Gossip Girl largely inspired fashion in the 2000s — but it now seems to be gaining even more momentum. In any case, the worldwide success of Squid Game could really put the sweatsuit back in the fashion spotlight.

Fashion Style Film & TV
You might also like ...
Style
How to wear your sneakers like ‘Squid Game’ star Jung Ho Yeon
Food & Drink
Squid Game in Bangkok: where to find spicy, crispy, and fancy squid
Food & Drink
Here’s the recipe for the Dalgona candy on ‘Squid Game’
Living
If you loved ‘Squid Game,’ check out these 7 other survival game-themed shows
Lifestyle Asia
Here's where you can read the latest news and stories from Lifestyle Asia and our sister titles PrestigeOnline and Augustman, curated from all of our editions in Hong Kong, Singapore, Kuala Lumpur, Bangkok and India.
Luxury