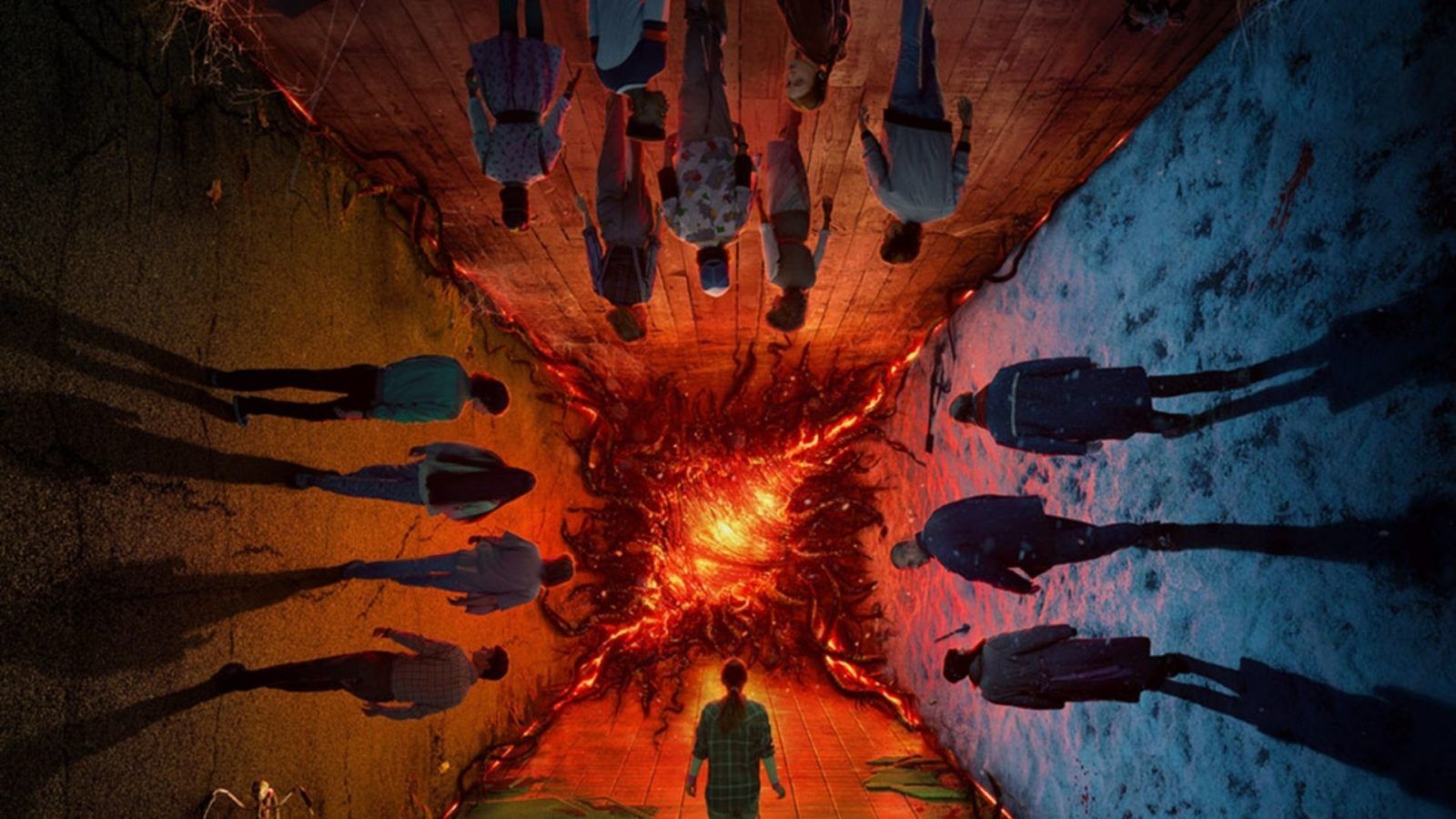 The nail-biting countdown to the Stranger Things season 4 trailer is finally over, revealing nearly four minutes of dramatic twists and non-stop action. After a three-year hiatus and a number of posters and images from the upcoming episodes being released over the past few months, the official trailer has finally given us an insight into the gang’s grown up adventures, in all its Upside Down glory.

Here’s all we know about Stranger Things season 4

While the previous seasons explored the eerie world set in Hawkins, Indiana, the show’s fourth season is split across several disparate, important locations. Serving as a harbinger to the epic battles about to take place in the ominous ‘alternate dimension’ called the Upside Down, the trailer catches up with Jim Hopper (David Harbour) in Russia, where he is detained and struggling to escape. A significant part of the exciting chapter unfolds in California, US, where Joyce (Winona Ryder) and the rest of the Byers family have moved to escape the supernatural occurrences and start afresh.

Adding to the suspense, Joyce is receiving unknown packages from across the world, and Steve (Joe Keery), Robin (Maya Hawke), and Nancy (Natalia Dyer) are investigating mysterious parts of Hawkins.

In this trailer, we see each of the characters in the story trying to move past the Battle of Starcourt tragedy from the past season. While Lucas (Caleb McLaughlin) seems to have gained some newfound popularity after being recruited to the Hawkins High basketball team, Dustin (Gaten Matarazzo) and Mike (Finn Wolfhard) have found solace in the Hellfire Club – an avant garde Dungeons and Dragons game at the school.

Max (Sadie Sink) is seen trying to get over the death of her step-brother Billy (Dacre Montgomery), while Will (Noah Schnapp) and Eleven (Milly Bobby Brown) are struggling to adjust to their new life all the way across the country.

With a heart-thumping background score of Journey’s “Separate Ways” lending a climactic touch, the trailer shows us an insane battle brewing between the good side and the bad. Ahead of the upcoming showdown, Dr Owens (Paul Reiser) urgently goes to California to seek help from Eleven, also called El. However, she confides that she has not gained back her superpowers yet, after losing them in the last season.

El is seen getting sinister flashbacks of her past, while demo-bats are wreaking havoc in the Upside Down. At the same time, Joyce is on a mission to rescue Hopper from the Russian jail, giving us a spine-chilling glimpse into the new threats looming around not just Hawkins, but in every part of the world. Featuring numerous 1980s pop culture references in the crisp cinematic shots, the trailer is not to be missed.

Some of the new characters include Jamie Campbell Bower as Peter Ballard, a caring man working at a psychiatric hospital and Eduardo Franco is seen as Jonathan’s new best friend Argyle.

Joseph Quinn will essay the role of Eddie Munson, a metalhead from the ’80s who runs The Hellfire Club, Hawkins High School’s official Dungeons and Dragons club. This character will find himself at the centre of the terrifying experiences in Stranger Things season 4.

Ahead of the trailer-drop, their Twitter note in February explained : “Seven years ago, we planned out the complete story arc for Stranger Things. At the time, we predicted the story would last four to five seasons. It proved too large to tell in four, but — as you’ll soon see for yourselves — we are now hurtling toward our finale.”

Commenting on the journey and filming of season 4, they said, “Stranger Things 4 was the most challenging season yet, but also the most rewarding one. Everyone involved is incredibly proud of the results, and we can’t wait to share it with you.”

You can watch the new riveting trailer down below:

Season three of Stranger Things ended with Jim Hopper and Eleven making a big sacrifice as they leave the town of Hawkins with Will Byers and his family to escape the supernatural happenings and start anew with a clean slate.

Netflix Stranger Things Millie Bobby Brown Netflix series
You might also like ...
Living
30 thoughts we had while watching ‘Inventing Anna’ on Netflix
Living
23 thoughts we had while watching ‘The Tinder Swindler’ on Netflix
Living
The most interesting new movies to know in the Netflix 2022 movie list
Living
What’s new on Netflix and HBO Go this February 2022
Trinetra Paul
An ardent foodie, Trinetra seeks every opportunity of travelling and writing. Storytelling and slam poetry are her go-to jam. Her lazying around ideas includes binge watching and whipping up some snacks or searching the next place to visit.
Sign up for our newsletters to have the latest stories delivered straight to your inbox every week.