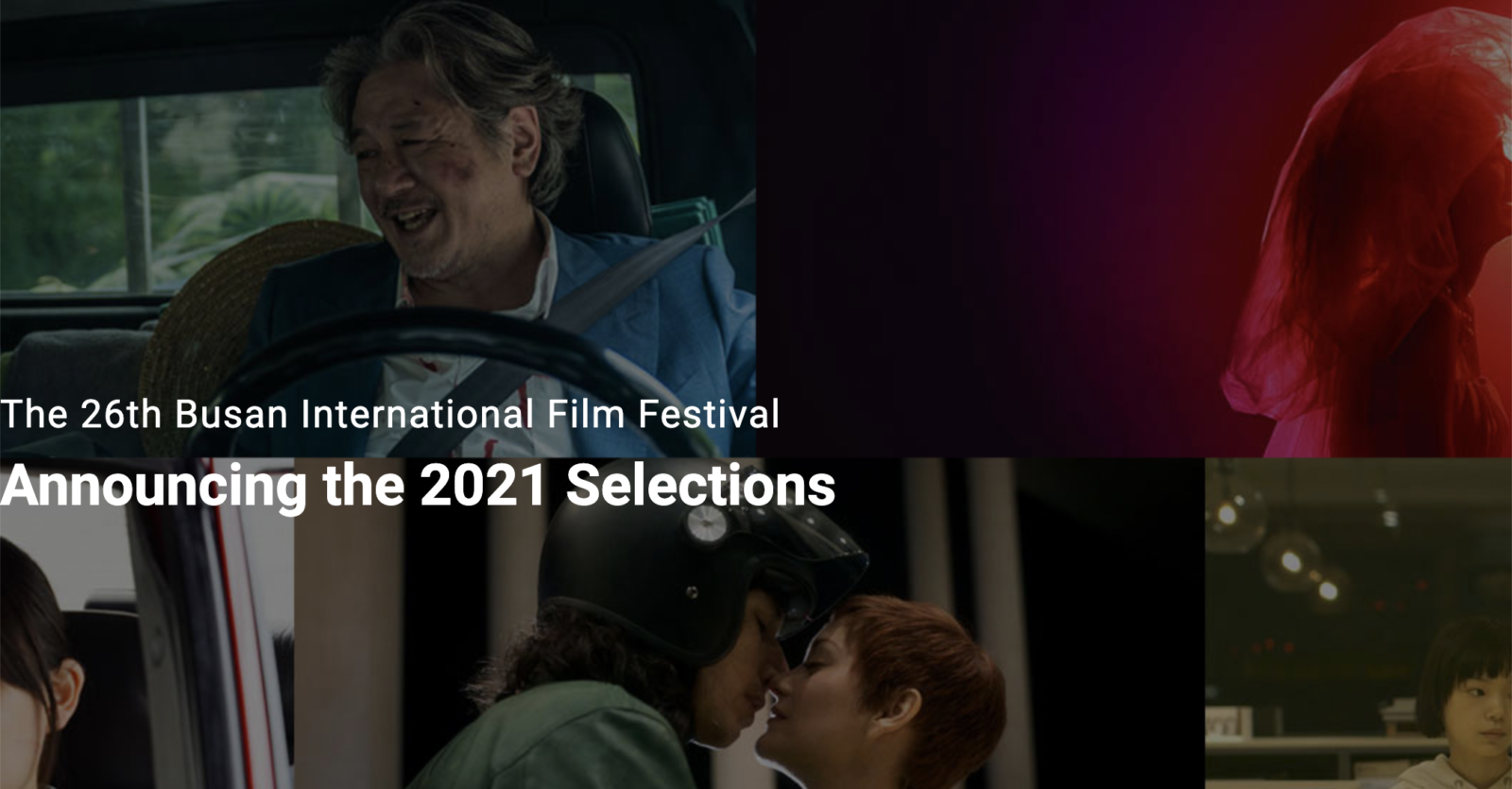 An annual event dating back to 1996, the Busan International Film Festival (BIFF) is held in Busan, South Korea. This ten-day event is one of the most prestigious film festivals in Asia, with the intention of the fête being to pioneer Asian cinematography. Thus, pivoting on first-time directors and new films from Asian countries.

2021 marks the 26th BIFF and will commence two weeks from today – October 6, 2021 to October 15, 2021. This year, the film festival is set to screen 223 films from 70 countries, 92 of which will see a world premiere and 4 of which will see an international premiere. BIIF’S entire 2021 film line-up will screen in theatres, with each film receiving numerous theatrical screenings.

The upcoming film festival has recently launched an ‘On Screen’ section, opening its doors to non-theatrical original content from online streaming services like Netflix and HBO Asia. A total of three drama series have been invited to the 2021 BIFF’S inaugural ‘On Screen’ section – two Netflix shows: Hellbound and My Name, and HBO Asia’s original series Forbidden.

Co-directed by Thai director Anucha Boonyawatana and Korean-American director Josh Kim, Forbidden is HBO Asia’s first Thai-language original series to be selected to screen at the BIFF. Being a part of the first-ever ‘On Screen’ section, the first two episodes of the highly-anticipated show will see a world premiere in October.

The horror drama series follows the story of four friends travelling from Bangkok to a remote village located somewhere in the mountains for the funeral of one friend’s estranged father. The group unleashes a long-held curse upon arrival, leading to discoveries of cover-up upon cover-up and soon making everyone a suspect in the murder mystery. However, the woods conceal something worse than mere superstition, leading to the four friends being hunted.

In the year 2017, Thai film director Anucha Boonyawatana won the ‘Kim Ji-Seok Award’ at the BIFF for her Thai drama film Malia: The Farewell Flower. The movie premiered at the 22nd Busan International Film Festival. Other films directed by the eminent Thai filmmaker include Not Me (2021), The Blue Hour (2015), and After Dark (2020).