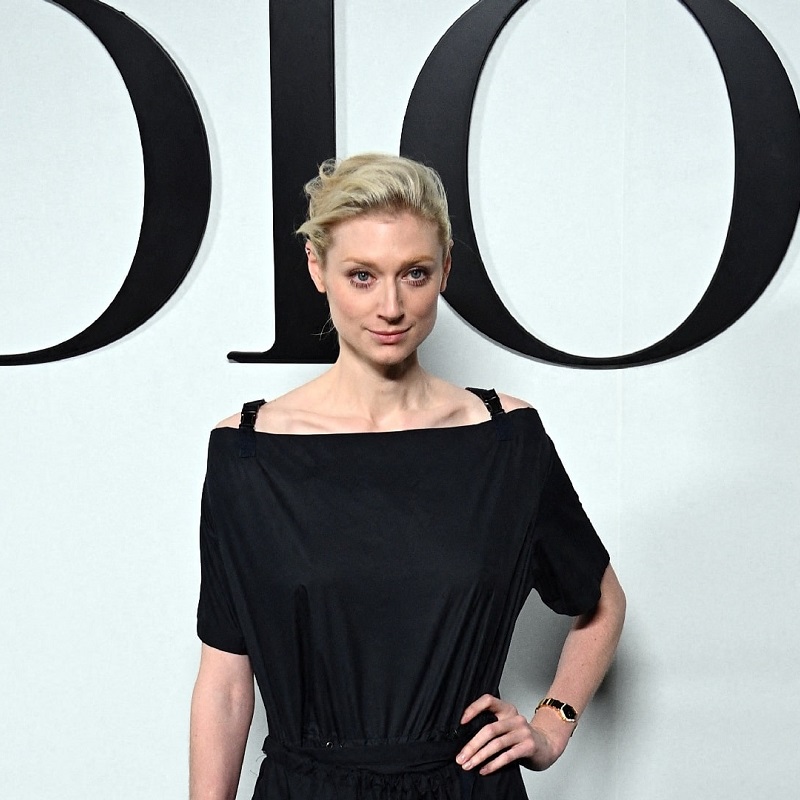 Living
‘The Crown’ season 5: A first look at Elizabeth Debicki in Princess Diana’s revenge dress
Share this article
Next article

In 1994, Princess Diana made headlines with her appearance at the Serpentine Gallery in Kensington Gardens for a Vanity Fair fundraiser in a black off-the-shoulder chiffon dress. Famously known as the “revenge dress”, it was at the time more than just a fashion statement by the princess.

Cut to 2021, actress Elizabeth Debicki, who plays Princess Diana in season 5 of the acclaimed Netflix series The Crown (2016– ), has recreated the look for the show.

In photos from the sets taken on 6 November, Debicki was seen wearing a replica of the famous outfit while filming for the fifth instalment of the TV series. The look has taken social media by storm.

We all knew the Revenge Dress. Princess Diana wore it in 1994 after Prince Charles’ televised admission of his adultery with Camila. Now, #TheCrown is recreating it and Elizabeth Debicki did not disappoint. Can’t wait for Season 5! ❤️ pic.twitter.com/L6bAIRgwCb

I can’t wait for revenge dress Diana in #TheCrown pic.twitter.com/FkGHLf0Cip

The dress was originally bought in 1991, but the princess did not wear it, deeming it too risqué. However, she wore it to the fundraiser to reportedly send a message to her estranged husband, Prince Charles, as an ITV documentary titled Charles: The Private Man, The Public Role (1994) was to be aired that night. In the documentary, the prince confessed to having an affair with his now-wife Camilla, Duchess of Cornwall, while he was married to Diana.

The original dress was created by Greek designer Christina Stambolian, and the princess paired it with silk Manolo Blahnik heels.

In the 2007 biographical book, The Diana Chronicles, author Tina Brown quotes Stambolian as telling a fashion commentator that Diana “chose not to play the scene like Odette [from Swan Lake], innocent in white. She was clearly angry. She played it like Odile, in black. She wore bright red nail enamel, which we had never seen her do before. She was saying, ‘Let’s be wicked tonight!'”

Living
From ‘The Crown’ to ‘Spencer’: the many portrayals of Princess Diana in film

Brown further writes that Diana had declined the invite till she surprised the organisers with a call confirming her presence, which was after leaks of Prince Charles’ adultery admission started doing the rounds.

Princess Diana’s iconic off-the-shoulder dress was thus dubbed “revenge dress”. Reports suggest she was supposed to wear a Valentino gown to the event but had to switch to the black chiffon after sketches of the gown got leaked to the press.

Meanwhile, completing her recreation, Debicki also wore a replica of the pearl choker with a sapphire centre circled by diamonds that the princess wore at Kensington Gardens. The brooch was a gift from Queen Elizabeth II’s mother, Elizabeth, the Queen Mother, to the princess.

What we know about The Crown season 5

The Crown season 5 will premiere in November 2022, which is still an entire year away. Not much has been revealed so far but new faces have been cast to play major characters, including Queen Elizabeth II.

While Elizabeth Debicki, who is best known for The Great Gatsby (2013), takes over Diana’s role from Emma Corrin, Deadline reports that Imelda Staunton will play Queen Elizabeth, Jonathan Pryce appears as Prince Philip and Lesley Manville will be Princess Margaret. The Wire actor Dominic West will essay the role of Prince Charles in the next instalment of the series, taking over from Josh O’Connor.

According to Deadline, season 5 will include Princess Diana’s 1995 interview with BBC journalist Martin Bashir in which she spoke about the turmoil in her marriage and problems with the royal family. The interview, however, has itself become controversial after a 2020 investigation revealed that Bashir employed unethical means to secure Diana’s participation. Bashir resigned just ahead of the release of the report in 2021.

Entertainment Princess Diana the crown Film & TV Elizabeth Debicki
You might also like ...
Culture
Emmy Awards 2021: all the highlights from ‘The Crown’ to ‘Ted Lasso’
Living
From ‘The Crown’ to ‘Spencer’: the many portrayals of Princess Diana in film
Culture
Netflix makes its foray into online gaming with two ‘Stranger Things’ games
Living
What’s new on Netflix and HBO Go this November 2021
Manas Sen Gupta
Manas enjoys reading detective fiction and writing about anything that interests him. When not doing either of the two, he checks Instagram for the latest posts by travellers. Winter is his favourite season and he can happily eat a bowl of noodles any time of the day.
Travel Culture Entertainment Food