Home > Living > Film & TV > The first ‘Blonde’ trailer is here, and it shows a dark side to Marilyn Monroe 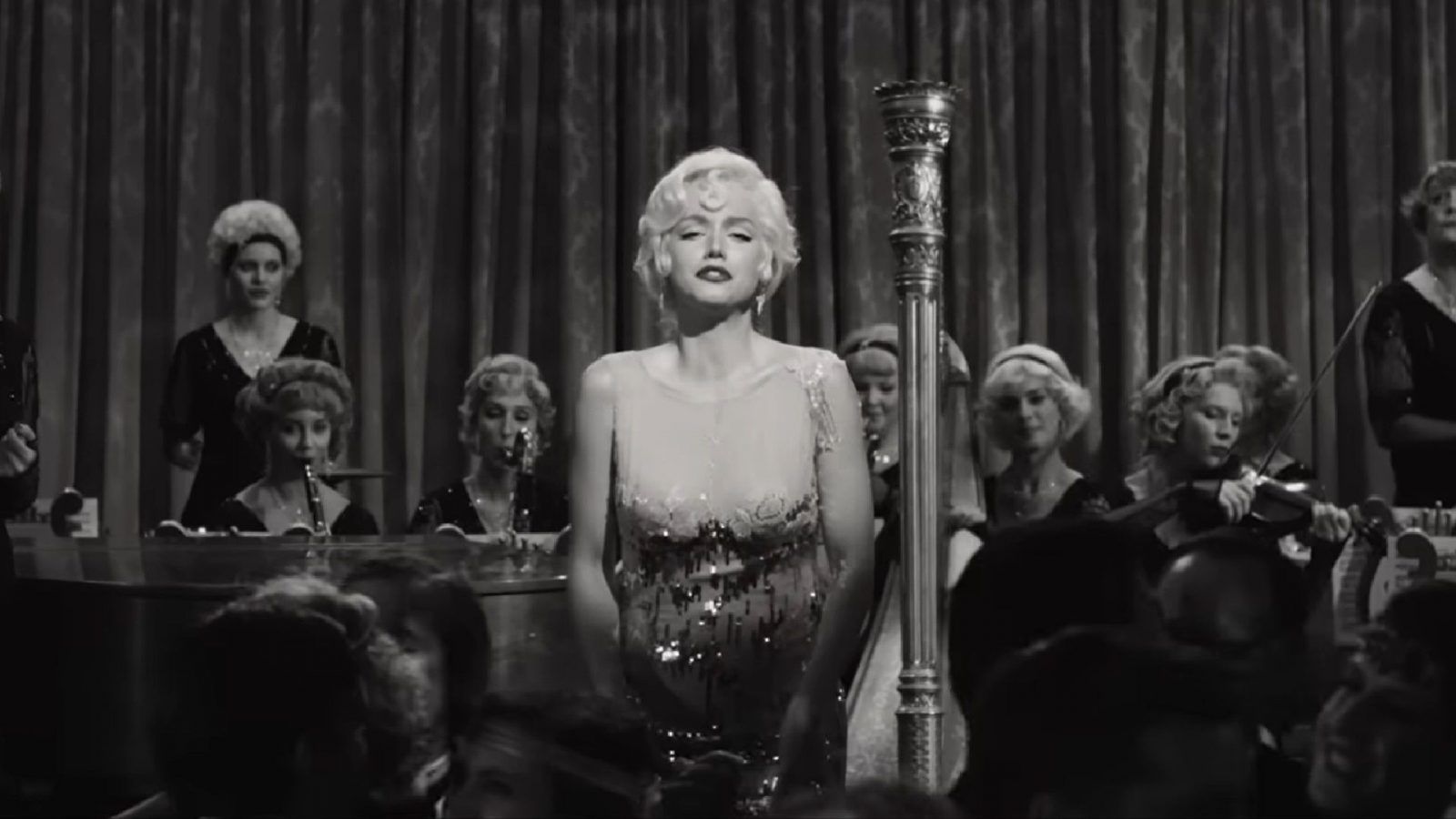 The first ‘Blonde’ trailer is here, and it shows a dark side to Marilyn Monroe

Living
The first ‘Blonde’ trailer is here, and it shows a dark side to Marilyn Monroe
Share this article
Next article

Netflix released the first trailer for Blonde on 28 July, showing glimpses of the film starring Ana de Armas as Hollywood legend Marilyn Monroe. It also showcases the struggles and the battles to the dark side of her fame.

Based on the book of the same name by Joyce Carol Oates, the film takes a deeper and darker look at the famed career of the screen goddess who enthralled fans in the 1950s and 1960s.

Blonde traces the journey of Monroe, who was born Norma Jeane, from her childhood to her attaining stardom and the pitfalls that came with it. It also shows her many relationships and failed marriages.

The two-minute trailer of the NC-17 film also presents the first look at two of the prominent supporting cast — Bobby Cannavale and Adrien Brody.

What the trailer shows

The trailer shows Monroe waving at cheering fans and photographers before she is asked how she got her start in the movies.

Monroe says she was “discovered” as flashes show her crumbling under the overbearing and obsessive weight of stardom.

The darker side of Hollywood is further explored in the trailer, which is set to Monroe’s song “Diamonds Are A Girl’s Best Friend.”

The Blonde trailer reveals the internal struggle between Monroe and her life as Norma Jeane.

“I can’t face doing another scene with Marilyn Monroe,” she says.

As the trailer progresses, Monroe is shown venting out her frustration on set and almost crying while pushing her way through a crowd of press and fans. Scenes such as a screaming Monroe being dragged down a hallway, a car crash and Monroe standing amid flames build up a sort of climax.

The trailer ends with Monroe saying, “Marilyn doesn’t exist. When I come out of my dressing room, I’m Norma Jeane. I’m still here when the camera is rolling. Marilyn Monroe only exists on the screen.”

The film is executive produced by Christina Oh and produced by Brad Pitt with Dede Gardner, Tracey Landon, Jeremy Kleiner and Scott Robertson.

The film is directed by Andrew Dominik and is set for release on the streaming platform on 23 September.

Netflix Marilyn Monroe blonde Ana de Armas
Manas Sen Gupta
Manas enjoys reading detective fiction and writing about anything that interests him. When not doing either of the two, he checks Instagram for the latest posts by travellers. Winter is his favourite season and he can happily eat a bowl of noodles any time of the day.
Travel Culture Entertainment Food
Sign up for our newsletters to have the latest stories delivered straight to your inbox every week.