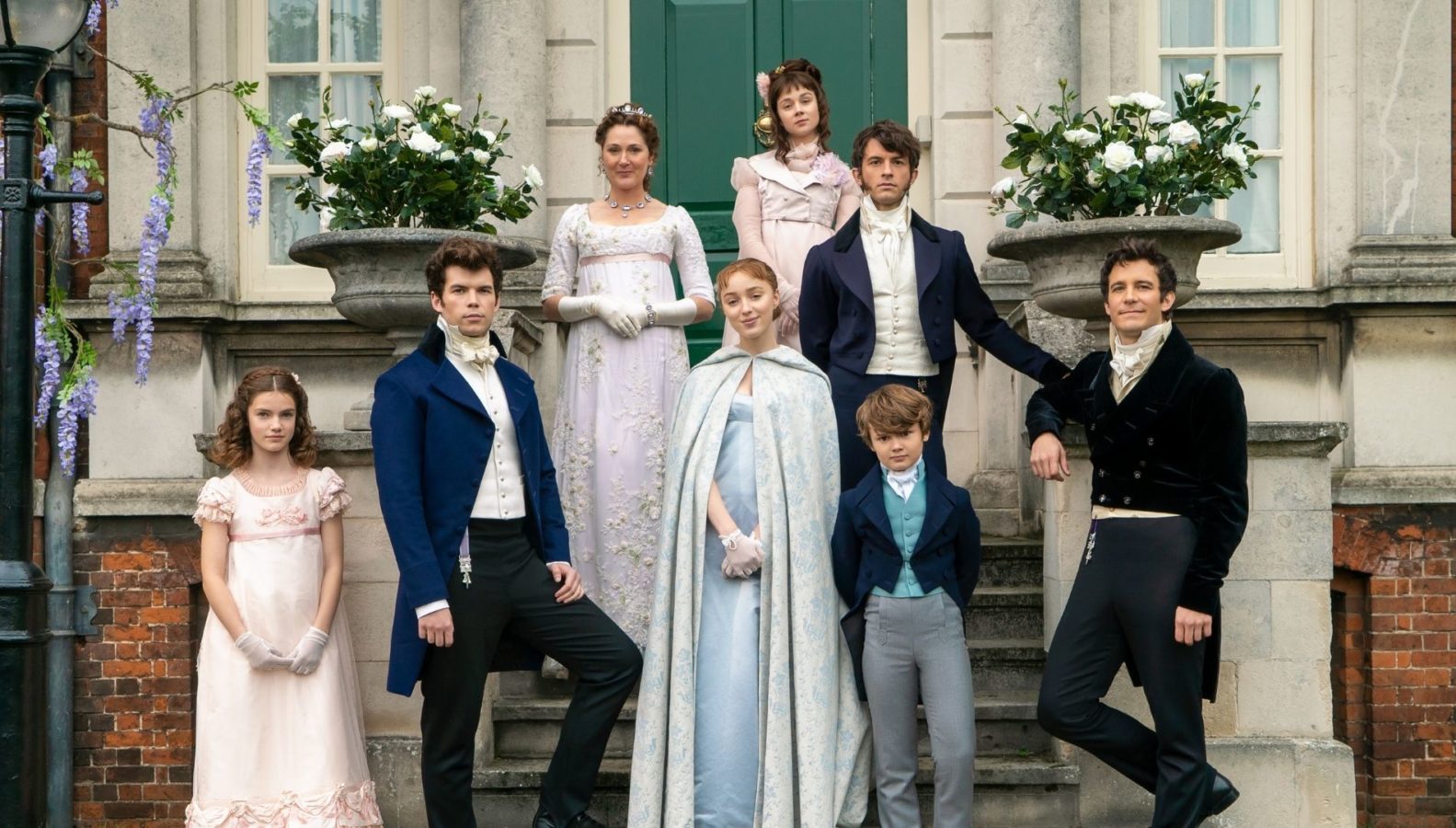 2021 was a pretty good year in terms of new (and new seasons of) shows. Here’s the lineup for upcoming shows we cannot wait to see in 2022.

The release of several TV shows and movies had to be moved to 2022 from the previous year. But now, the wait is over, and OTT platforms like Netflix, Amazon Prime, Disney+ and HBO Max are ready with brand new shows and season finales that will keep you glued to your TV screens.

To make things simpler, we have curated a list of TV shows you must watch in 2022 and a glimpse of what you can expect. But don’t worry, there are no spoilers here!

So, block your calendar, refresh your watch list and restock munchies because it’s time to binge-watch some of the best series as they hit your TV screens.

Here are some shows that you cannot miss in 2022

House of the Dragon season 1

If you’re a Game of Thrones (GOT) fan, then you must have this one bookmarked.

Set two centuries before the GOT events unfolded, House Of The Dragon is a prequel that follows the saga of House Targaryen. Based on George R.R. Martin’s book Fire and Blood, Miguel Sapochnik and Ryan Condal created the series, while Clare Kilner and Geeta V. Patel are among the directors helming the show.

Other notable names in the series are Jefferson Hall, Steve Toussaint, Eve Best, Rhys Ifans and Sonoya Mizuno who will have an irreversible impact on Westeros and King’s Landing.

Though HBO hasn’t set a premiere date for the TV show, it has got us all waiting and is one of the must-watch series of 2022.

The official synopsis of Peaky Blinders on Netflix reads: “A notorious gang in 1919 Birmingham, England, is led by the fierce Tommy Shelby, a crime boss set on moving up in the world no matter the cost.”

After nearly two years of airing season 5, the makers of the series announced the last instalment of the series will release in early 2022. While speaking to Digital Spy, director and maker of the series Anthony Byrne revealed the first episode of the new season will be titled “Black Day”. The teaser dropped by BBC shows glimpses of Thomas Shelby’s sister Ada saying, “Take a good look, Tom, because one of us isn’t gonna be here for long.”

There will be some changes in the cast of the final season. Helen McCrory, who essayed the role of Shelby’s aunt Polly Gray, will not be seen in this season. McCory passed away in April 2021 after a battle with cancer. While actress Charlie Murphy confirmed she will not be seen as the real-life union leader and Communist activist Jessie Eden, some new faces include Amber Anderson, Stephen Graham and Rebecca Keatley. However, their roles are yet to be disclosed.

The Lord of the Rings season 1

The Lord Of The Rings trilogy created by director Peter Jackson breathed life into the novels of the same names by J.R.R. Tolkien. After bagging 15 Academy Awards, the makers are back with a big announcement.

A multi-season TV series based on the novel will be released on Amazon Prime Video on 2 September 2022. What’s more exciting is that the series will be filmed at the original New Zealand sets where Jackson shot the films.

Describing the film, Amazon Studios says that the “epic drama is set thousands of years before the events of J.R.R. Tolkien’s The Hobbit and The Lord of the Rings, and will take viewers back to an era in which great powers were forged, kingdoms rose to glory and fell to ruin, unlikely heroes were tested, hope hung by the finest of threads, and the greatest villain that ever flowed from Tolkien’s pen threatened to cover all the world in darkness…”

As per Netflix, Ozark follows a financial adviser who “drags his family from Chicago to the Missouri Ozarks, where he must launder $500 million in five years to appease a drug boss.”

The series has won three Emmy awards — Jason Bateman bagged one for Outstanding Directing for a Drama Series, while Julia Garner was awarded Outstanding Supporting Actress in 2019 and 2020.

The end of season 3 left viewers with many daunting questions over Ben’s death and Darlene’s intentions, which will be answered in the final season premiering on 21 January.

The fourth season will also see some new additions, including Alfonso Herrera as Javi Elizonndro and Adam Rothenberg as former cop Mel Sattem. Characters reprising their roles are Felix Solis (Omar Navarro) and Damian Young (Jim Rettelsdorf), among many others.

Set in a new spooky location of Creel House, season four of Stranger Things is scheduled to hit your TV screens in the summer of 2022.

While season 3 ended on a cliffhanger, the trailer of the Stranger Things season 4 shows Mike reading a letter from Eleven where she says that she has finally adapted to the new life in California and has made many friends. However, that’s far from the truth.

Meanwhile, Eleven is looking forward to meeting Mike and having the “best spring break ever”. But the following scenes of chaos, explosions, creepy dolls and an underground base depict otherwise.

The Emmy award-winning TV series, The Crown gives a peek into Queen Elizabeth II’s reign as the British monarch. With four seasons garnering acclaim from critics and viewers alike, the show is now gearing to release its fifth instalment.

Reportedly covering the events of the 1990s, including the speculations around Princess Diana’s death in 1997 and the general elections in the same year, season 5 of The Crown is one of the most anticipated shows on Netflix. However, the streaming platform confirmed that the fifth season will not be the final one and will be followed by another one.

Similar to its previous seasons, which has seen many changes in casting to depict the passage of time, the fifth season will also see new faces portraying prominent characters. Stepping into the shoes of Queen Elizabeth II and Prince Philip will be Imelda Staunton and Jonathan Pryce, respectively. Elizabeth Debicki will assume the role of Lady Diana and Prince Charles will be portrayed by Dominic West.

In January 2021, Netflix announced the second season in the form of a gossip pamphlet published by Lady Whistledown as seen in the series. This time, the story will revolve around Lord Anthony Bridgerton (Jonathan Bailey), who is the eldest of the eight Bridgerton children. The new season is reportedly based on the second book The Viscount Who Loved Me by Julia Quinn, which will see Anthony searching for love as he refuses to marry for duty. Adding to the diverse high society of the Regency era depicted in the series, Simone Ashley will be seen as Kate Sharma, Anthony’s love interest.

Though most of the cast will be seen reprising their roles in the upcoming season, Regé-Jean Page will not be seen as Duke of Hastings. Charitha Chandran will assume the role of Kate’s sister and Shelley Conn will portray Lady Mary Sharma, among other additions to the cast.

Star Wars fans, here’s a reason to rejoice. What was initially proposed as a film will soon be released as a TV series on Disney+ in 2022. The story begins a decade after Star Wars: Revenge of the Sith, where Obi-Wan Kenobi came to know about Anakin Skywalker’s corrupt ways, which turned him into Darth Vader.

Although not much is known about the plot, director Deborah Chow hinted that the series will enter a dark time, which will involve keeping baby Luke safe.

The new show will feature various known faces as well as some additions to the Star Wars family. Besides starring Ewan McGregor as Obi-Wan Kenobi, Hayden Christensen will be seen as Darth Vader. Other cast members include Indira Varma as Tia, Maya Erskine and Moses Ingram.

The Boys is returning to Amazon Prime Video after a successful second season. Series creator Eric Kripke shared a couple of photos in February 2021 to announce that filming of the third season had begun. In September, a video of the cast saying that production was wrapped up was shared on Twitter.

An EW report mentions that “the big twist in the season 2 finale will give way to the main plot for season 3.” Quoting Kripke, the report said, “I don’t want to say too much because there’s a certain mystery in season 3 about exactly why Victoria is doing what she’s doing. But, yeah, I think the overall theme of the show is you need to have a healthy suspicion of your authority figures, and that goes for all of them.”

Now you have an update on Season 3! Stop sending your stan letters to our homes. pic.twitter.com/cX5nOvJ0oB

Another big release from Shonda Rhimes is the Netflix series Inventing Anna, scheduled to premiere on 11 February. Rhimes decided to do the series after reading about the scammer in an article in The Cut titled, ‘How Anna Delvey Tricked New York’s Party People.’

The official Netflix synopsis reads: “Audacious entrepreneur or con artist? A journalist chases down the story of Anna Delvey, who convinced New York’s elite she was a German heiress.”

Although filming of the series began in 2019, it was stalled for a whole year due to the pandemic.

The much-anticipated Marvel TV series is definitely a must-watch. Releasing on Disney+, Secret Invasion is based on the Marvel comic of the same name. Reports so far suggest that the series is a sequel to the 2019 films Captain Marvel and Spiderman: Far From Home.

Andrew W. Marlowe wrote the script of Secret Invasion based on Jim Starenko’s comics Nick Fury, Agent of S.H.I.E.L.D. and S.H.I.E.L.D. Helicarrier, before Jackson was cast in the film as Nick Fury for the Marvel Cinematic Universe. Later, Marlowe said that the script can be ‘tweaked’ to incorporate Jackson’s character, following which, Kyle Bradstreet was roped in to write and executive produce the series with Nick Fury as the lead, according to a 2020 report by Variety.

However, a specific premiere date in 2022 has not been announced yet.

The much-loved dark-comedy on Netflix is returning with season 3. The official release date is set for 14 January 2022 and Ricky Gervais will reprise his role of journalist Tony Johnson.

The plot will follow Tony as he continues to pick up the broken pieces of his life after his wife passed away due to breast cancer. Making matters worse, he is also coping with the demise of his father (David Bradley) shown in season 2. Tony’s career, too, is going through a rough patch as he strives to save his relationship with Emma, his father’s nurse.

The second season aired in April 2020. After a year of filming, we look forward to the final season with Tony’s adorable German Shepherd confirmed to feature in it.

Game of Thrones Stranger Things tv shows Web Series Netflix new series
You might also like ...
Living
If you loved ‘Squid Game,’ check out these 7 other survival game-themed shows
Living
10 other high society TV shows to watch after the ‘Gossip Girl’ reboot
Living
The 8 most bizarre shows we could find on Netflix
Living
6 Marvel shows and movies only available on Disney+
Trinetra Paul
An ardent foodie, Trinetra seeks every opportunity of travelling and writing. Storytelling and slam poetry are her go-to jam. Her lazying around ideas includes binge watching and whipping up some snacks or searching the next place to visit.