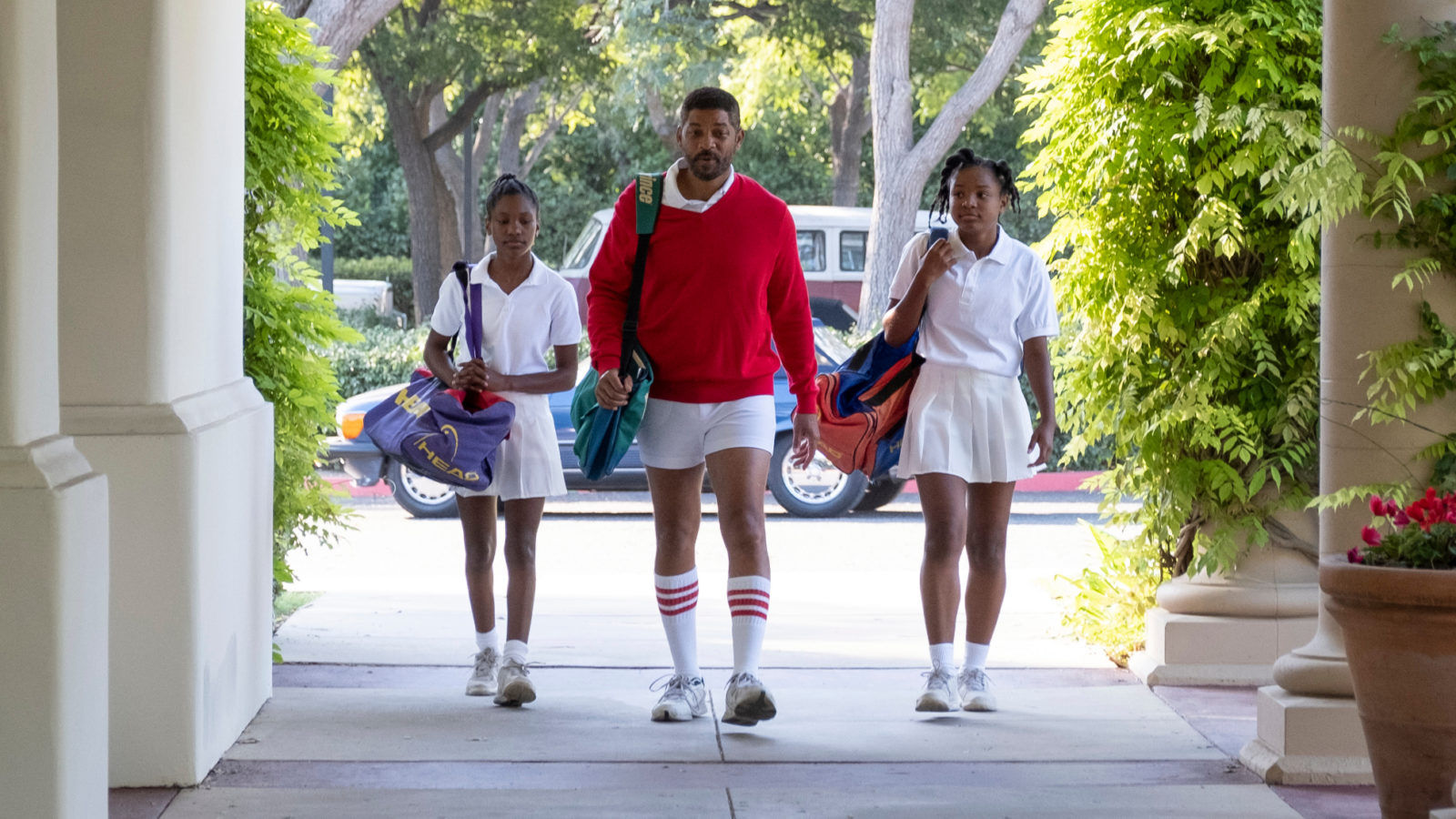 Where to watch the 2022 Oscar-nominated movies online

Are you as excited for the Oscars 2022 as we are? Here’s where to watch Oscar-nominated films online this week.

As we head towards the Academy Awards 2022 — the biggest cinematic awards ceremony of all — it is the perfect time to watch Oscar-nominated movies online. A good news for the film buffs is that most of the films are available on various streaming platforms. Either on weekends or otherwise, get set for binge watching these gems.

A galaxy of critically acclaimed films are in the running for the highest honours at the Oscars on 27 March. These include The Power of the Dog, which has flexed its winning prowess at other award ceremonies of 2022. Then there is King Richard, West Side Story, Don’t Look Up, Dune and the Japanese film Drive My Car in the Best Picture category among others.

It’s indeed a star-studded panorama of superb performances and in-depth character depictions across the films.

How to watch Oscar-nominated films in Thailand

The question “where to stream the films?” has been answered by the variety of streaming platforms.

Owing to these platforms, many of the films that have been nominated in various categories at the Oscars 2022 can be seen at the comfort of your home.

Netflix, Disney+, Apple TV and HBO Go together offer a selection of the competing titles that span various genres — comedy to musical and animated to thriller.

Don’t Look Up is a disaster comedy in which Dr. Randall Mindy (Leonardo DiCaprio) and Kate Dibiasky (Jennifer Lawrence), two astronomers, want to warn the world of an incoming comet which is set to destroy Earth. The problem is that no one from the government or the media seems to be taking them seriously.

The film has been described as a satire on the current state of the world where everyone seems to be in denial regarding the impending climate crisis. Rob Morgan, Jonah Hill, Mark Rylance, Cate Blanchett and Meryl Streep play other prominent characters.

Dune is the first of two planned film adaptations of Frank Herbert’s 1965 novel. Directed by  Denis Villeneuve, the film is set in the distant future where mankind has colonised planets.

Paul Atreides (Timothée Chalamet) is the young heir of a noble family, which has been given the charge of Arrakis — a desert planet which is the source of a fuel known as ‘spice’. While on the planet, Paul finds himself drawn into a conspiracy that threatens his family and everyone loyal to them. As he searches for answers, he meets Chani (Zendaya), a young girl from the Fremen tribe who he has been seeing in his visions lately.

The film received three Golden Globe nominations and 11 BAFTA nods. It won one Globe and five BAFTA, with Zimmer taking home the awards for composing the music at both ceremonies.

Available to stream on HBO Go.

The Power of the Dog is one of the most critically acclaimed movies among those nominated at the Academy Awards 2022. As such, it is certainly among the best Oscar nominated movies on Netflix.

Campion is the first woman to have received two Best Director nods at Academy Awards. The won big at 2022 awards circuits, with winning the best picture and best director awards at Golden Globes, Critics’ Choice Awards, BAFTA besides multiple wins and nominations in several other categories.

The musical revolves around two star-crossed lovers Tony (Ansel Elgort) and Maria (Rachel Zegler) in 1957 New York City. Their beautiful dreams are shattered by the reality of their unavoidable connection to two rival gangs — Jets and Sharks, who would do anything to gain control over the streets.

West Side Story is the second feature film based on the 1957 stage musical of the same name. It was praised for the diversity in casting and the performances, particularly of Ariana DeBose who won the supporting actress award at Golden Globes, Screen Actors Guild (SAG), Critics’ Choice and BAFTA.

The film marks the feature directorial debut of Lin-Manuel Miranda. Adapted from the autobiographical musical by Jonathan Larson, the film follows Jon (Andrew Garfield) — a waiter about to turn 30 who is eagerly looking for a breakthrough in the business of entertainment with his musical work. But while he is looking forward to his artistic career, life in New York City of the 1990s throws numerous challenges to bring him under pressure.

Garfield won the Golden Globe for Best Performance by an Actor in a Motion Picture – Musical or Comedy.

The Tragedy of Macbeth

Joel Coen infuses a new life into William Shakespeare’s Macbeth with the powerful film retelling the rise and fall of a feudal lord named Macbeth (Denzel Washington). The story stays true to Shakespeare, where three witches tell Macbeth that he will become the King but his friend, Banquo, (Bertie Carvel), will be the father of future kings. Provoked by Lady Macbeth (Frances McDormand), Macbeth commits acts that pave the path of his downfall.

Available to stream on Apple TV+.

The Eyes of Tammy Faye

Tammy Faye (Jessica Chastain) is a televangelist who rises to fame during the 1970s and 1980s in the United States along with her husband, Jim Bakker (Andrew Garfield). As millions are drawn to her messages, the world that the couple created begins falling as financial irregularities emerge.

The biographical film has been particularly noteworthy for the performance of Chastain, who won the Critics’ Choice Best Actress award and the Outstanding Performance by a Female Actor in a Leading Role at SAG awards.

Leda (Olivia Colman) meets a young mother, Nina (Dakota Johnson), during a vacation in Greece. The meeting stirs suppressed memories in Leda making her confront her own life as a young mother.

The film marks the feature directorial debut of Maggie Gyllenhaal and is based on the 2006 novel of the same name by Elena Ferrante.

Encanto is a major critical and commercial success of 2021. It has received universal praise for the story, direction, character sketches and music. It won several accolades including the best animated film at both BAFTA and Golden Globes.

Directed by Jared Bush and Byron Howard, the film is about a family in Colombia whose members receive a magical power when they turn five. But Mirabel Madrigal (voiced by Stephanie Beatriz) is one member who does not receive any magical gift. When strange happenings begin threatening the village and her family, Mirabel decides to protect everyone and save the magic from disappearing forever.

In a seaside town on the Italian Riviera, Luca Paguro (voiced by Jacob Tremblay) befriends Alberto Scorfano (voiced by Jack Dylan Grazer). Joined by Giulia Marcovaldo (voiced by Emma Berman), the three children have fun-filled adventures in the beautiful town. But the boys live in a constant fear that Giulia and the townsfolk might discover that they are actually sea monsters going around as humans.

The Mitchells vs. the Machines

The fun-filled animation film is about a dysfunctional family on a road trip which gets trapped in the middle of a robot apocalypse. As hopes of all humanity rests on them, they find two unlikely allies — friendly robots.

After her father is killed by evil magical forces, young princess Raya (voiced by Kelly Marie Tran) goes on a quest to find the mythical last dragon, Sisu (voiced by Awkwafina), to restore a broken gem that might defeat the darkness and bring peace back into her mythological world of Kumandra. But the problem is that the other tribes of the land are not friendly.

The Hand of God is an Italian film set in 1980s Naples, when football legend Diego Maradona arrived in the city to play for home club Napoli. The story revolves around a young boy, Fabietto Schisa (Filippo Scotti), who has been living a normal life with a special love for football. Then tragedy strikes his family and Fabietto is not the same again.

The film is directed by the Oscar winning writer-director Paolo Sorrentino who is best known for his works Il divo (2008) and The Great Beauty (2013). Naples is Sorrentino’s hometown and therefore the film is said to be closer to his personal experiences.

Academy Awards Netflix Oscars Disney
Manas Sen Gupta
Manas enjoys reading detective fiction and writing about anything that interests him. When not doing either of the two, he checks Instagram for the latest posts by travellers. Winter is his favourite season and he can happily eat a bowl of noodles any time of the day.
Travel Culture Entertainment Food
Sign up for our newsletters to have the latest stories delivered straight to your inbox every week.