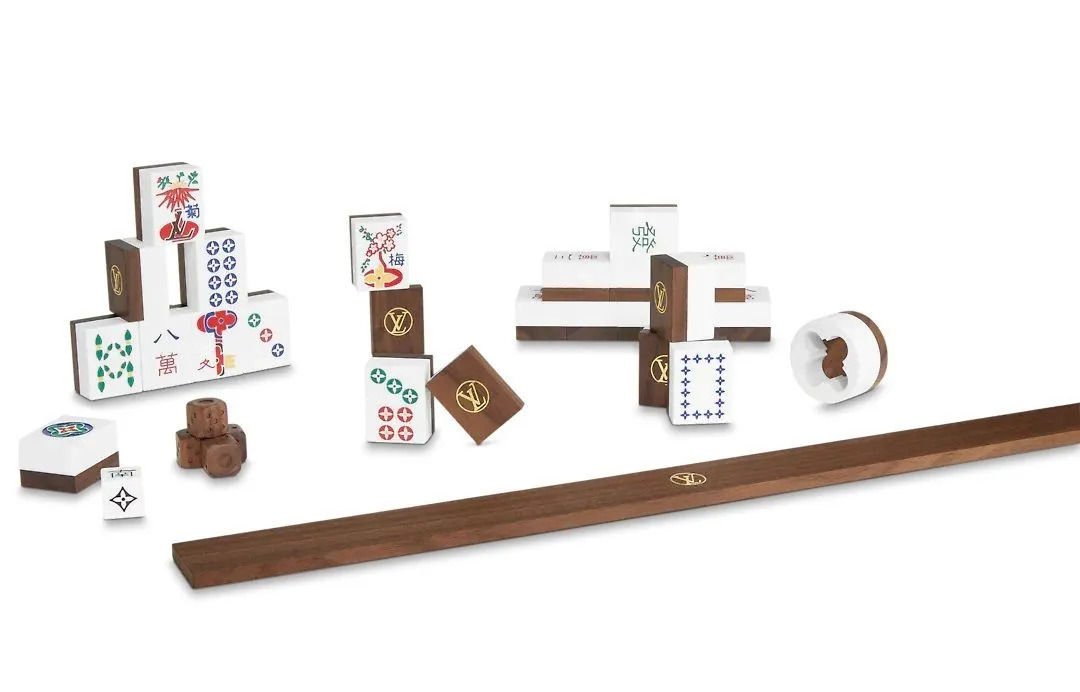 Taking inspiration from the first mahjong box introduced by the brand in the 1950s, French luxury label Louis Vuitton has launched a new version of its Vanity Mahjong set.

The 1950s mahjong box set had a satin-lined interior. The box contained all of the 144 tiles, wooden rulers, dice, and sticks along with add-ons that are part of a Mahjong game set.

What does the set contain?

The new set reflects the high standards and the rich history of Louis Vuitton’s trunk. The box is made of high-quality wood and Corian.

Including five extra tiles, there are 149 handcrafted tiles made of walnut wood and stone. Some of them are engraved with Louis Vuitton’s monogram flowers. The set also contains four wooden rulers, four wooden dice, and one round cube and plate.

What is the price of the set?

The official website of the luxury brand says that the Vanity Mahjong set will only be available in stores.

Before the current version, Louis Vuitton released a Vanity Mahjong set with jade engravings in 2020. It was followed by an updated set in 2021.

To the uninitiated, Mahjong is one of the most famous family games in South East Asia and East Asia. Of Chinese origin, the tiles in the game bear Chinese characters and symbols. The winner of the game is the player who gets a complete hand, which means getting all 14 tiles in one’s hands neatly divided into four specific sets and a pair.

The strategy game is also popular outside of Asia and has several variations in both gameplay and tile designs.

Louis Vuitton Living Home mahjong
You might also like ...
Style
All the coolest watches coming out this July
Style
Balenciaga launches a “speaker bag” with Bang & Olufsen
Style
Inside the Louis Vuitton Men’s Fall/Winter 2022 Spin-Off Show in Bangkok
Style
BTS is launching accessories in collaboration with CASETiFY
Manas Sen Gupta
Manas enjoys reading detective fiction and writing about anything that interests him. When not doing either of the two, he checks Instagram for the latest posts by travellers. Winter is his favourite season and he can happily eat a bowl of noodles any time of the day.
Travel Culture Entertainment Food
Sign up for our newsletters to have the latest stories delivered straight to your inbox every week.

12 karaoke apps perfect for your next house party

The best gardening tools every loving plant parent should invest in

How to grow and care for the spider plant, the best low-maintenance houseplant around

The most expensive houseplants in the world