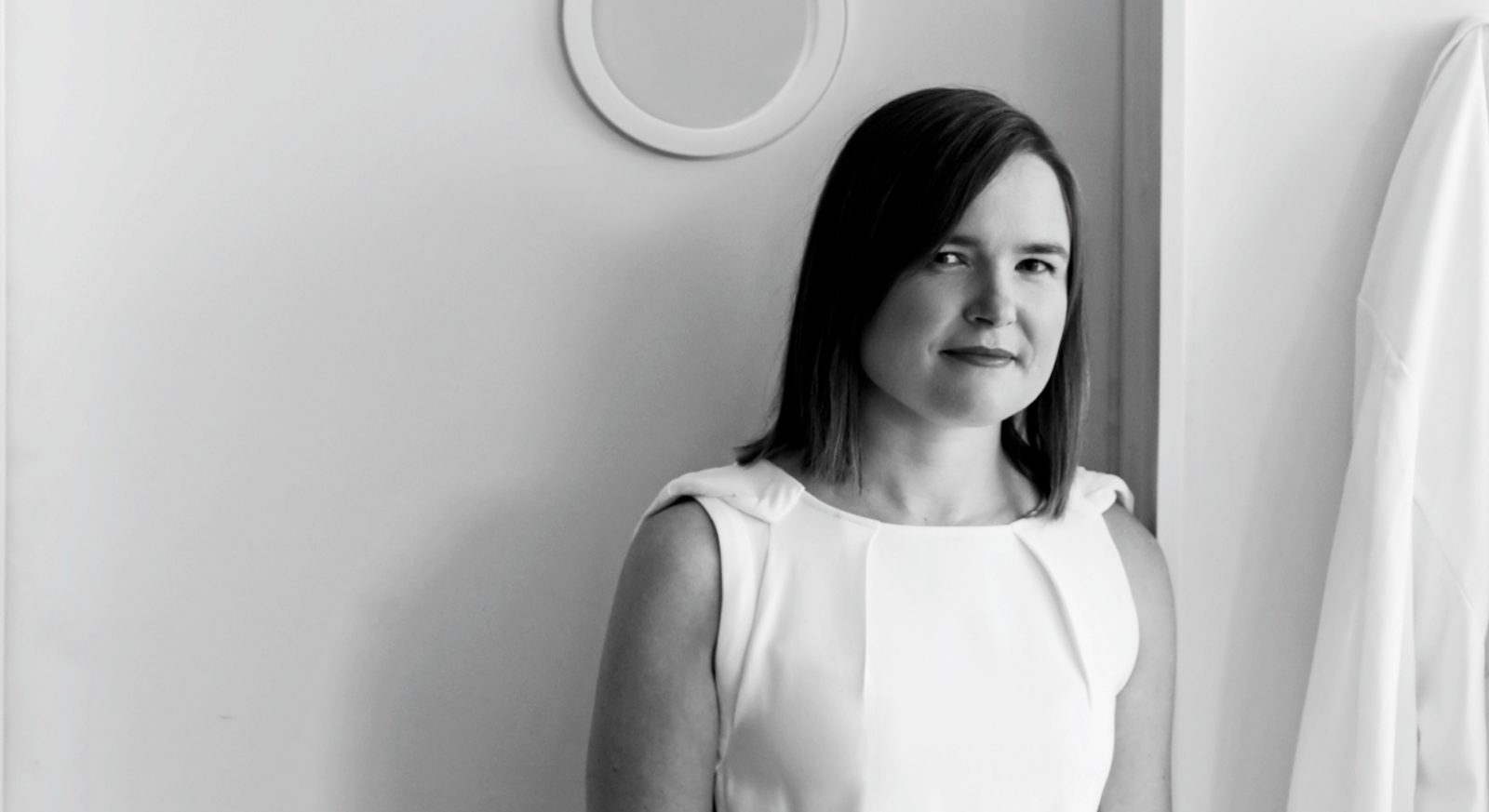 Following the launch of their highly anticipated Aromatique candles, we sit down with Aesop’s very own Kate Forbes, Director of Innovation.

In the era of the gig economy and an increasingly nomadic working culture, Dr. Kate Forbes stands out as something of an anomaly. Now tasked with overseeing the development and growth of Aesop’s entire product lineup, Forbes joined the Melbourne-based, internationally acclaimed skincare behemoth at the turn of the millennium, adding up to an unusually lengthy tenure by today’s standards in the beauty industry.

Educated at the University of Melbourne, where she obtained a doctorate in chemistry, Forbes began her career at one of the skincare world’s most recognisable players as an in-house chemist. Over the years, she has been deeply involved in enhancing the safety and sustainability of the Aesop offering; and, to date, worked on around 90 percent of everything that fans of the brand slap on their face, scalp, and person. A monumental task given how the brand plies everything, from face cleansers to literature.

Forbes’s latest baby is of course the new ‘Aromatique’ candle range — the culmination of a lengthy partnership with consultant perfumer (and Serge Lutens alumnus) Barnabé Fillion. Having previously worked together on the brand’s home aroma offering, the duo’s goal this time around was to “add subtle light as well as nuanced, lingering fragrance to [our customers’] interiors.” For this initial release, three candles were created: ranging from the piquant and floral (‘Aganice’) to green and arboreal (‘Callippus’) and resolutely earthy (‘Ptolemy’).

In the month following the Aromatique range’s release, we jump on a call with Forbes for a trip down memory lane: beginning with her early, now-signature formulations for Aesop, a behind-the-scenes look at the company’s long-awaited foray into the lucrative segment of scented candles, and finally, what winning strategies have helped her — and Aesop itself — maintain its success over the years.

To start, tell us a little bit about your own background — how did you end up in the beauty and wellness industry? Was there a specific moment that inspired you to become a chemist?

To be honest, there wasn’t any one particular moment, but during high school and university, chemistry was the one subject which really just made perfect sense to me — it helped me gain a deeper understanding of natural materials in our world, and how these all interact with one another.

I joined Aesop in 2000, as the first in-house chemist to work alongside our founder — Dennis Paphitis. During the earliest days at the company, we had less than 20 people working out of a small building in Melbourne — it was an office, laboratory, and warehouse all rolled into one. I had the privilege of working directly alongside Dennis, so much of what I absorbed was heavily influenced by the way he and our other leaders approached the decision-making process.

Creatively speaking, what was your remit like in those days?

Early on, I was responsible for researching the benefits of essential oils, vitamins and antioxidants in skincare. The resulting findings enabled us to eventually introduce the Parsley Seed and Skin Care+ ranges — some of our most popular products till this day. As the brand grew, my responsibilities evolved to cover managing the various product portfolios, in addition to R&D, packaging, and even compliance.

Was there ever a ‘Eureka’ moment you had during your time at Aesop when you knew the brand was beginning to have a real impact with customers?

I think that a key turning point for me happened back in 2003 when we opened our first retail store — in St. Kilda (Melbourne). Spending time in a retail environment with consumers, and focusing on honing in on their needs, was an extremely illuminating highlight. Now that we have more than 250 stores globally, we can hear that kind of feedback directly from all of our retail consultants to continue and deepen this relationship.

You have an established reputation in the beauty industry for your “rigorous approach to scientific enquiry.” How did that inform the development of Aesop’s new candle releases?

When formulating our skin, body and personal care products, the first priority is efficacy. We select essential oils and other ingredients for the benefits that they deliver, combining both scientific and botanical ingredients. Our goal is always to use the best ingredients available and to allow them to guide us towards a particular scent profile.

But when it comes to the development of home and personal fragrances, the scents themselves are the centrepiece, so we have more freedom to explore ingredients based on their aromatic complexity. There’s no ‘signature’ profile, but one thing enthusiasts have all noted is how Aesop fragrances feature many notes that are deeply woody, smoky and herbaceous. The basic idea is to develop fragrances that we love, and to share those with our customers — as opposed to basing all of our work off the latest aromatic trends.

Scented candles are a category Aesop fans have been requesting for many years. What convinced you that 2020 was the right moment to meet this long-standing demand?

We’ve been working on the fragrance profiles for some time — obviously, in response to repeated requests from our customers for a range of scented candles. Our long-term partnership with Barnabé Fillion provided the ultimate context for development: having previously collaborated with him to create our Aromatique Room Sprays, we’d long been considering the nature of the fragrances we might employ for a similarly distinctive candle. We also spent a lot of time thinking about the design of the vessels that would house them.

Obviously, it’s a silver lining that the release of the Aromatique range coincided with circumstances that have seen all of us (especially here in Australia) confined to the home — for extended periods, in many cases. It’s our hope that the uplifting fragrances, and the gentle subdued light they offer lend a measure of calm and succour in these tricky circumstances.

Nowadays, most beauty brands begin the process of creating a new fragrance with a particular scent or mood, whereas you and Barnabé [Fillion] have based these around the theme of astronomy. What’s the story behind that?

The overarching concept began with the notion of ‘candles as stars’. Simply put, we wanted to compare candlelight flickering in the dark to the stars in the night sky. That quickly widened to incorporate ideas related to the scientific study of the universe and the fact that stars have primordial, cross-cultural significance. You can best see that in the way we’ve chosen to name every candle after an astronomer of ancient repute — Aganice, Callippus, and Ptolemy. There’s an allusion to candlelight’s capacity to evoke a sense of calm and wonderment, like a radiant evening sky.

Aganice is named for the women who is often cited as the first female astronomer of Ancient Greece, famed for her knowledge of lunar cycles; Callippus honours another Greek astronomer and mathematician, responsible for refining the dominant planetary theory of his time; while Ptolemy bears the name of a Greco-Egyptian scientist whose work influenced much of medieval astronomy.

The connections we saw between the night sky and the scientific and cultural history of astronomy seemed entirely apt — in keeping with our customarily pensive approach to product design.

Do you have any crucial productivity hacks? Anything you do when you hit a wall during the conceptualising phase?

Interestingly, we often take inspiration from sources outside traditional beauty — we look to cuisine and winemaking, for instance. When working with Barnabé, the collaborative nature of the process means we have to make a conscious effort to challenge one another: different combinations of ingredients; different methods of extraction. It’s definitely a process that requires some degree of patience, but a necessary one.

With the benefit of hindsight, what’s one piece of advice you wish you’d been given at the beginning of your career?

For those just starting out, it is imperative to pursue one’s passion and look for an organisation whose values align closely with your own. At the time I don’t recall that being an active element of my decision to join Aesop, but I’m very fortunate that even after 20 years with the company the way we work continues to inspire me.

What does an average day at your office look like?

Well, like most people I’ve been working from home over the past six months. That said, even under these difficult circumstances, my day is as varied as ever. Among other duties, I regularly have to ensure that all the products we have in development are on-track; whilst also looking at future projects and researching what new technologies we can consider; and how we can incorporate more sustainable practices into our products.

Aesop People Living
Randy Lai
Editor
Having worked in the Australian digital media landscape for over 5 years, Randy has extensive experience in men's specialist categories such as classic clothing, watches and spirits. He is partial to mid-century chronographs and a nice chianti.
Style Watches Drinks Tailoring Travel