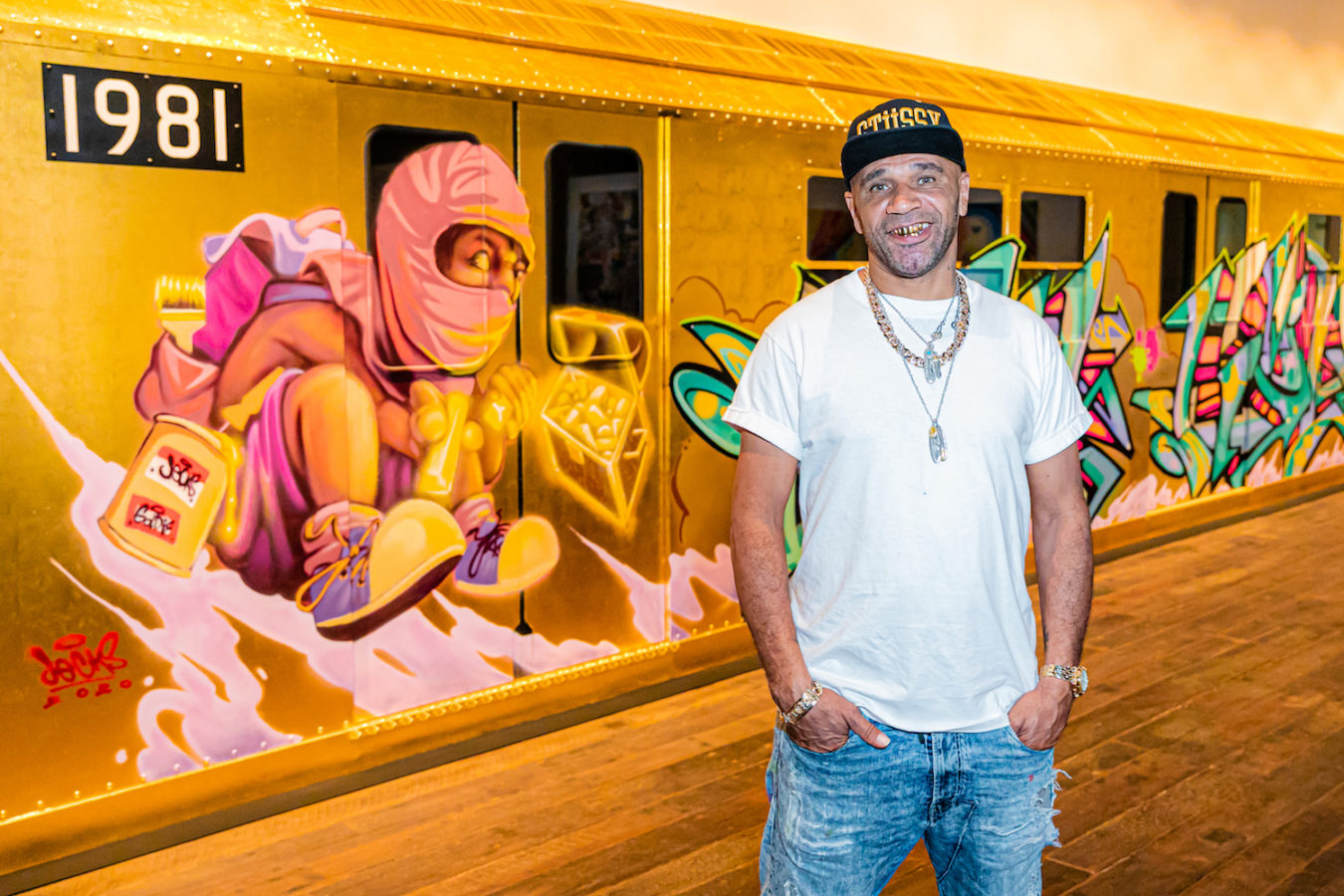 Living
#NoFilter: In conversation with Clifford Joseph Price a.k.a Goldie
Share this article
Next article

Bangkok’s cultural scene never fails to impress us with its new talents and thought-provoking arts. The city has become a hot haven for dynamic up-and-coming artists, welcoming innovative ideas and talents with open arms. Dedicated to all these creatives in town, this series explores the journey and the edgy personalities of some of the most notable rising stars in the country.

If there was another word for a fireball of energy, that would be Goldie.

We got candid with the goofy, energetic, and vibrant personality, Clifford Joseph Price, who is better known as Goldie. Born to a Scottish-Jamaican couple, Goldie spent his childhood days in foster care and soon was a part of a breakdance crew called Bboys where he earned the name ‘Goldilocks.’

Getting into graffiti art brought him to the world of fame, and eventually, the artist saw no boundaries — he is an internationally-acclaimed British DJ, musician, and even an actor. His roles in the James Bond film The World Is Not Enough and BBC Soap drama Eastenders gave him a venture into the world of acting. He even started eventually selling gold tooth caps given his famous teeth — over which even we were wowed by.

We recently visited the new hub of contemporary and urban street art — Aurum Gallery — at Warehouse 30, for Goldie’s latest exhibition in Bangkok. Goldie puts his heart and soul into bringing his lifetime passion and career into this gallery, where he seeks to offer local and international artists a platform to shine. Whilst he was busily resonating with his positive vibes around the gallery, we got in a conversation with him for a spontaneous Q&A session. Here’s a dose of Goldielocks. Describe yourself in two words.

What do you like about graffiti art? And how did you get into it?

It’s just my life. I grew up on street art and street culture. It’s the one thing that I looked at when I was a kid, and someday I was like “O.M.G. I want to do that.”

It’s on HBO. It’s prolific. It’s I Know This Much Is True, and it’s heartbreaking. Mark Ruffalo plays identical twins and it’s about a curse of a family that caused a tragedy, but beautiful hope at the end.

What is your favourite part about being an artist?

The fact that I can get up in the morning and be motivated by something far greater than myself. 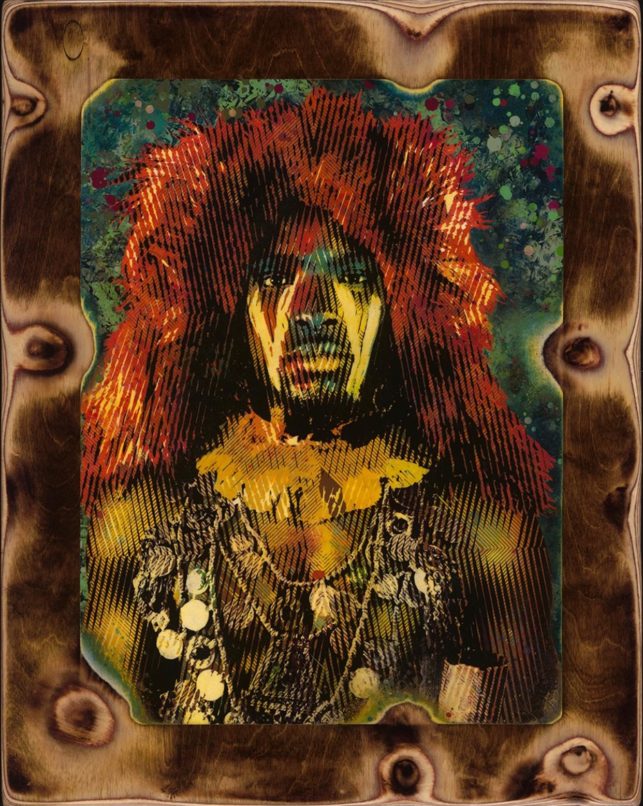 What is a character you would like to play from a TV show or movie?

Been there, done that.

If you could only choose one song to play every time you walked into a room for the rest of your life, what would it be?

Are you Going With Me? by Pat Metheny Group.

Who do you think is the most underrated artist?

There are hundreds and thousands of underrated artists waiting to shine. I can’t measure that – it’s like saying “what’s the measurement of success?” I think Mode2 for me. In terms of arts, the guy is just a god I think. 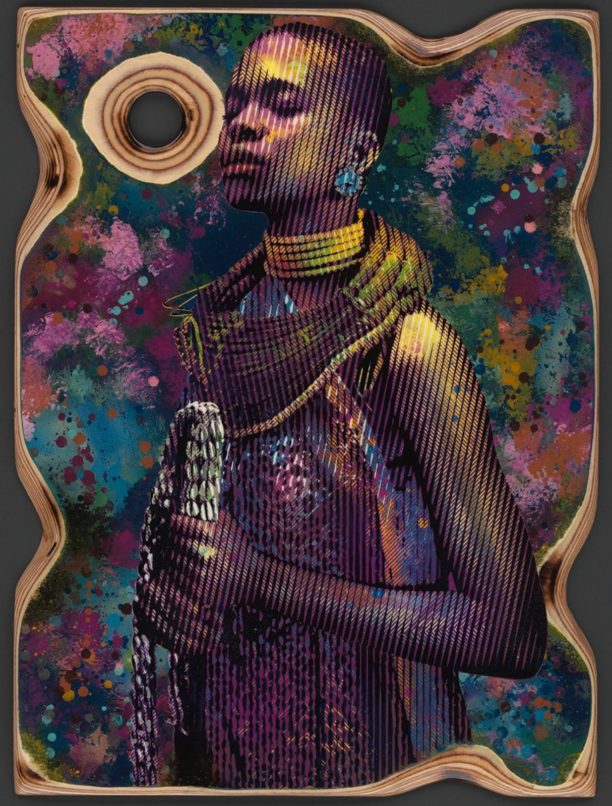 Who is your favourite artist?

Mode2 is my favourite artist because he paints the human figure. For me, he’s in the hand of Da Vinci or someone. I think he’s just got this natural…especially the female character the way he captures the human figure is “wow.”

If you were not an artist, what would you be?

Only my own because it’s a parody, because I think we are all obsessed with ourselves. I actually make mine really funny. There is some funny stuff on there. You can’t take this very seriously. I think influencers in itself is funny, because it’s like “look at you humans being silly about yourselves, trying to get the most perfect picture.” We are stupid creatures.

What are you currently reading? 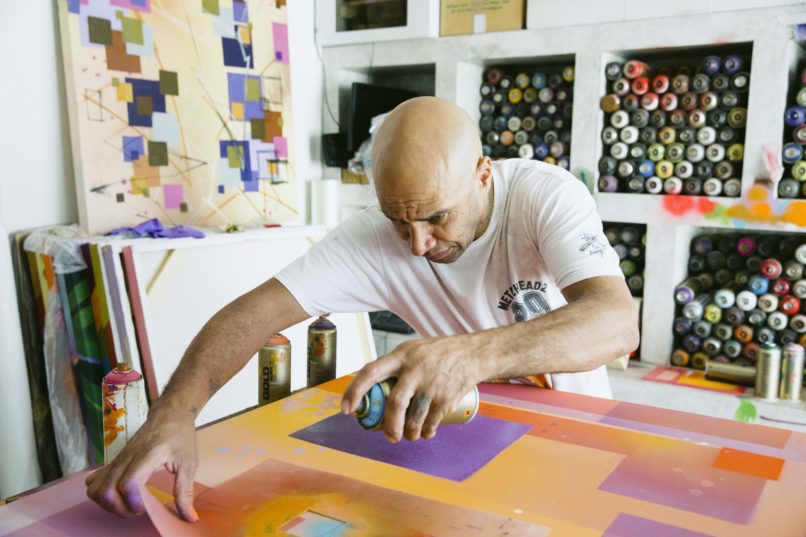 If you were to write an autobiography, what would the title be?

I’ve already done two. So, the first one was about my Ego. It’s all about that “me, me, me” in our lives. It’s called Nine Lives.

The second one I wrote, which released two years ago, is All Things Remembered. It’s a great book because for me, it’s looking at myself in a lateral manner…it’s just an interesting book about a story of a boy and his experience. You know when you think of something its like déjà vu, the book is very based on this experience.

What is your catch phrase?

“It’s the truth of idea that will last in the honesty of time.”

“What we do today creates tomorrow.”

What’s a wardrobe staple everyone should own?

Name 3 essential items you like to always carry in your bag.

My cap, my ring, and my brain. Your favourite spot in Bangkok?

It’s got to be Greyhound. Bacon, egg, rice with blue drink, and ice cream – and with that extra lemon.

Your favourite spot in Phuket?

Being up in the mountain, hiking, the very top. It’s beautiful just being in that jungle.

Could you tell us about your artwork today?

It’s a collection of artists I really love and respect. It’s a lot of local art…so I just got to know them as I’ve been here only for a while and they are already kind of established. It reminds me of New York in 1989 for some reason. I just wanted a place where I could do something new and reinvent myself. You know post-Covid 19 it’s a hard thing, but hey, we are getting over it and we can tick the box now. I’ve jumped out of a plane, spoke to Ted Turner, been in a James Bond film, and met the Queen!

What's next on your bucketlist?

It’s never done, is it? I think doing this was amazing — it could last 6 months or a year. Galleries do have a small lifespan, they come and go. We’ve done it and it’s a great collection.

Would you like to add anything else? A message for young inspiring artists who want to pursue this as a career?

What you do today, creates tomorrow. Do as much as you can. People try to think it’s some kind of a secret. “How do I get a new record label?” “Make good music that I like.” That I call subjective.

There’s no trick to this. I think the idea of telephones gives us the idea that we are mortal and we are going to live forever. You’ve got a very limited time. You spend all the time staring at your phone and all the time is gone. That’s a distraction. Keep technology at an arm’s length. You have to be more active with your born passion and creation because your mind is the best computer you could ever get, it’s the best camera.

People Goldie No Filter Clifford Joseph Price Aurum Gallery
You might also like ...
Culture
10 must-see art exhibitions in Bangkok this July 2020
Culture
#NoFilter: in conversation with renowned Thai artist “Gongkan” Kantapon Metheekul
Style
8 fashionable face masks for Bangkokians with style
Culture
5 binge-worthy art podcasts that will rekindle your love for art
Alisha Pawa
Writer
Alisha is a passionate dancer and is always creating her own choreographies. She is a fan of rom-com novels, a coffee-drinker who loves tea, and is always on-the-go for her midnight chocolate cravings. She hopes to tick-off her never-ending bucket list one day by hosting her own travel show.
Beauty Fashion Arts and Culture Travel

27 Questions: Gongkan, the contemporary Thai artist with a passion for teleportation

Best Dressed in Bangkok: what’s everyone wearing to go out again?