If you like electronic dance music (EDM), you’ll like DJ Ninda Felina’s new music. In her latest collaborative project with Greenpeace, the Indonesian artist incorporated nature sounds of wild forests in her sweet beats — all to raise awareness for deforestation. The Birds of Paradise is the resulting medley of nature sounds that she collected in Papua, Indonesia. We think it’s extremely admirable that her goal is not only to produce successful soundtracks, but also advocate for nature. Ninda is also fighting for the forests in other meaningful ways; for instance, she volunteered to be a forest fire fighter with Greenpeace, protecting our forests and bringing people together to find solutions.

While we were at Wonderfruit Festival, we sat down with Ninda to talk about everything from her nature-inspired EDM to her experiences as a forest fire fighter.

For those who don’t know your story, can you tell us briefly about your background and how did you enter the music industry as a DJ?

Before I became a DJ, I was working as a part-time model. Later in 2008, I entered the music industry as a DJ; and just few years ago, I decided to become a producer as well.

How would you describe your music?

Actually, I’m not a purist so, I never limit myself to playing only one type of music. I can also play other music genres. I will put together notes and rhythms and present them as long as I think it’s a good soundtrack. I think that is what being a DJ is all about. 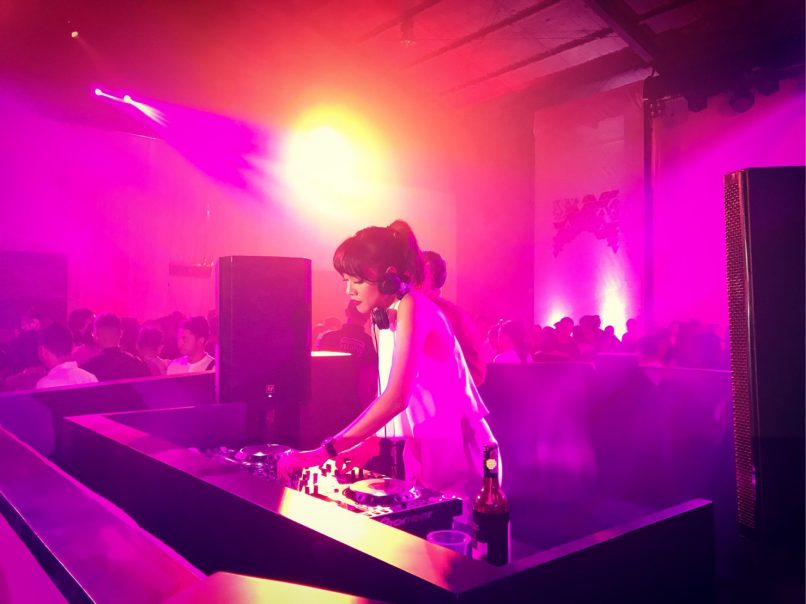 How do you think your music differ from others?

What makes my music different from others is the way I incorporate real sounds of jungles into my music. I’ve been travelling and collecting a lot of nature sounds from the woods. Finally, I got to remix them into my soundtracks. I combine my music interest with my nature-loving passion.

What is the message you want to deliver through your nature-inspired music?

Basically, I want to create the positive vibes, as well as raising awareness for our forests. Through my music, I want to make green movements and send out good intentions. I collected the nature sounds from Papua in Indonesia, specifically from Malagufuk. I chose this place because the rainforests in that area were threatened by the nearby palm oil company. The devastating deforestation is a big environmental crime, and I want people to be aware of how beautiful the nature is. And more importantly, why we have to protect it. 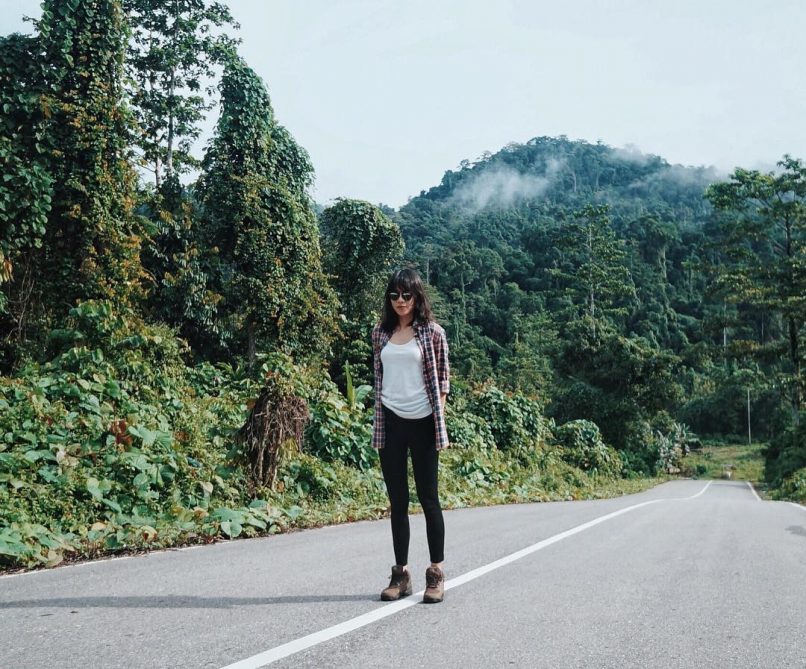 I have been working with Greenpeace since 2014. I joined Greenpeace as a fire forest fighter. And this year, I’m working with them on our latest ‘Save our Sounds’ project. I hope, in the near future, we can work on other amazing things and do more for the world together.

Tell us about your experience in fire fighter training with Greenpeace.

I did the training programme on Sumatra island with the professional firefighter. I learned how to stop the fire in the forests and actually performed field studies. I wore the suit to protect myself and it was so hot. But in real situations, it could reach up to 40 degrees plus.

What are some of your life goals as a DJ, as well as an environmental influencer?

I want to organise a huge music festival in my country. I hope to play alongside with my favourite house techno DJs. On top of that, I hope to have more opportunities to perform on the international stage.

What made you decide to work with Greenpeace?

I think we have a common goal. I want to do something for Mother Nature, and Greenpeace has always brought environmental issues to the forefront. 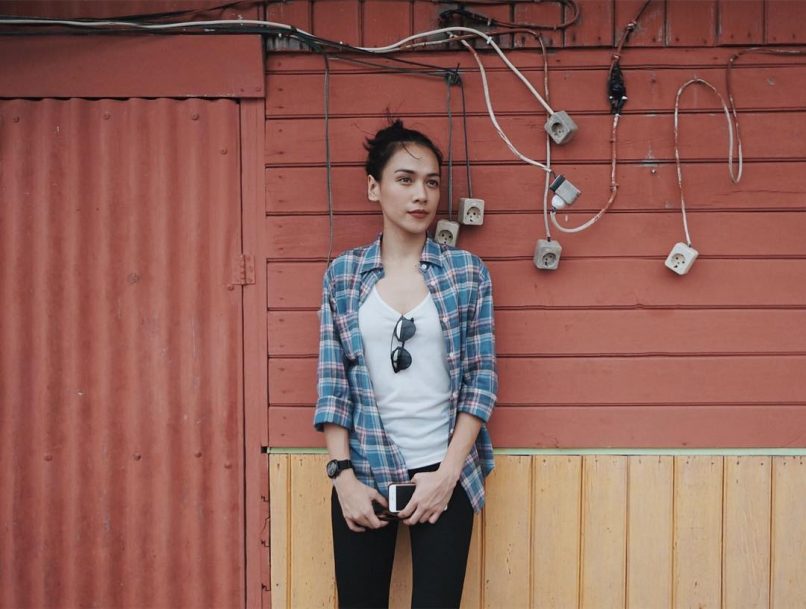 Out of all the Greenpeace movements and campaigns, such as fighting global warming, protecting forests and oceans, promoting sustainable food, which project do you feel most strongly and passionate about? And why is that?

I feel strongly passionate with protecting forests and oceans, because I think forests, as well as oceans, are the heart of Mother Nature. That’s the most important thing, and we should all be mindful.

How do you feel about performing live music in Thailand?

I’m very excited. This is my first time performing live at Wonderfruit. Actually, it is also my first time in Pattaya. The first place I visited in Thailand was Phuket. I love Thailand. I hope I can take some vacation days here some time soon.

Do you have any upcoming tours, concerts or projects? 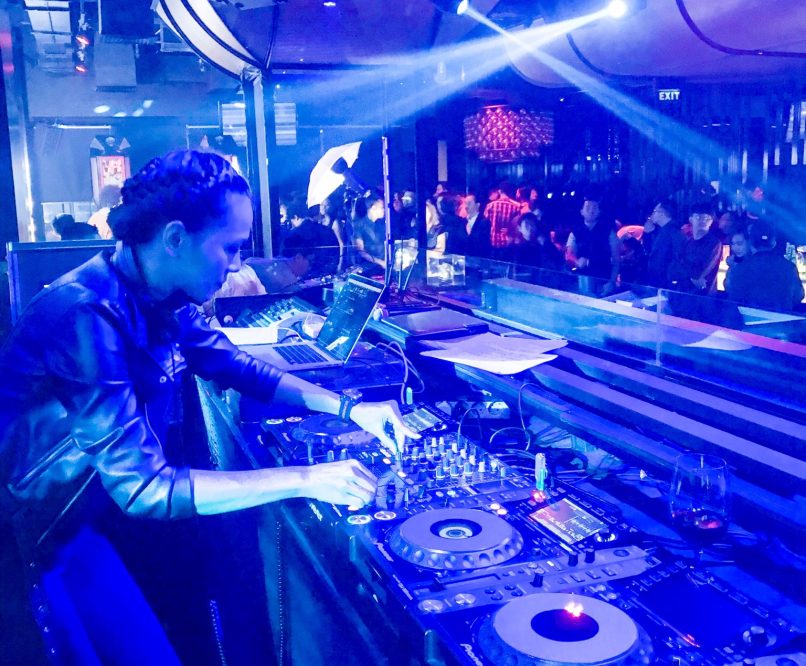 At the end of December, I will release my new song ‘Your Time is Now’, featuring the musician Lalakarmela. Soon after, I have a tight schedule of performances in Indonesia.