Q&A: Thai designer Polpat Asavaprapha on his philosophy of fashion

One of the top Thai designers in Bangkok, Polpat “Moo” Asavaprapha has always been fascinated by the aesthetics of fashion and styles. Having studied and worked in New York for almost 10 years, Polpat came back with a dream to pursue a fashion career as a dedicated designer. Since then, he has successfully established his own namesake couture brand, Asava that became locally and internationally recognized. With his keen perception on fashion, his unique designs speak for the women in the modern days. Passion took Polpat far, as he is now a Creative Director and founder of Asava Group, which is consisted of luxury bespoke clothing and dining lines. This talented designer has also made a name for himself from designing the costumes for Miss Universe Thailand.

This year will be the 10th year anniversary of Asava Group, and we recently caught up with Polpat to discuss about his successful path and philosophy of fashion.

For those who don’t know about your story, can you tell us briefly about your background and how did you enter the fashion industry as a designer?

It’s such a long story. I graduated from Chulalongkorn University, Mass Communication faculty, majoring in Speech Communications and Performing Arts. I grew up in a business-oriented family. My family owns car dealerships, so everyone is pretty much an economist, a strategist, or an accountant. We were set into the path to carry on the family’s business. Later on, I was sent to study Masters of Business to become a strategic consultant. However, since I was very young, I have been very interested in fashion and started to collect magazines. 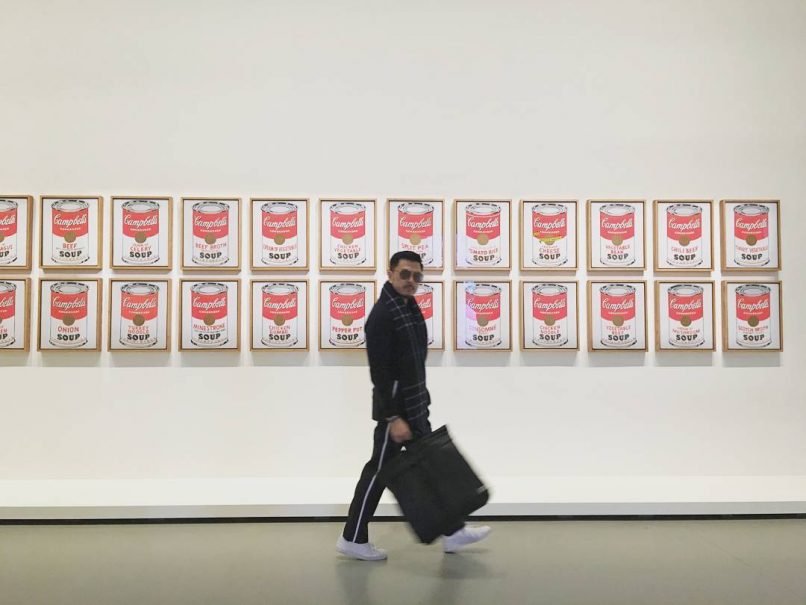 Back then, it was really hard to get your hands on these international magazines. I bought Thai magazines as well such as Lalana that was an avant-garde magazine for Thai people at that time. Most of the Thai designers who graduated from Paris got featured in this magazine. I was drowned into that world. While other boys were playing football, I was reading fashion books and listening to jazz music. It’s the secret dream that I’ve always been passionate about. After the master degree, I studied an associate programme at Parsons School of Design. Then, I was sent to do an intern at Marc Jacobs for a while, and after I left, it became the part of the LVMH company. Looking back, everything was perfect and fallen into places.

Tell us about your experience as an intern at Marc Jacobs.

At that time, the company was really small. As an intern, I wasn’t assigned a lot of responsibilities. Still, it was such a great experience for a Thai boy with a dream. Even though the work itself was not that pretty and quite tough, I knew that it’s worth and fulfill all my wishes.

What were the differences between Bangkok’s and New York’s fashion scene?

I spent 10 years in New York. In Thailand, the fashion was not a massive market and well-established during ’90s. The fashion system or management was not there yet. There were only small fashion boutiques. The fashion houses were very selective and niche back then.

In ’80s, the first wave of the fashion houses were the designers who graduated from famous design school abroad such as Khun Pom Tirapan, Kob Soda, and Tua Duangjai Bis. That was how the fashion started coming up. The second wave, or the generation in late ’90s were Sretsis, Closet, Disaya and Vickteerut, who came back from abroad with the know-how of the fashion business. The fashion show started to emerge in the society, which changed the whole game for the fashion industry in Bangkok. In New York, it was a messy city with big brands that got the power house in Paris like Marc Jacobs and Tom Ford. I was very lucky enough to witness all of this.

What are your thoughts on the current fashion industry in Bangkok?

I think now the current fashion industry is more diverse and at the same time homogenize (Thai style) in terms of the designs. In terms of the market, it’s suitable for the economy nowadays, especially for a growing middle class. I think people are very proud of wearing Thai designer’s labels these days. We get to the point they start to think Thai fashion brands are very prestige. The industry is getting bigger as we can see all the big shopping malls devoted one floor for Thai designers.

How would you describe your personal fashion style?

Urban, realistic, sophisticated, intelligence and authentic – these are in my fashion’s bible, and to sum all that up, ‘grace’ is key. I believe the clothes reflect your perceptions. I don’t sell clothes, but I sell the process of thinking. I try to communicate with my customers through my fashion pieces, connecting my clothes to the process of their thoughts. When they all combine, the beauty shines. So, I design the clothes for people who share the same mind and soul.

What are the difficulties or challenges as a designer?

Under ASAVA group, there are Asava, ASV, Uniforms by Asava, White Asava and Sava All Day Dining. Asava is simple, minimalistic and intellectual, while ASV is like a younger sister, who is more adventurous and approachable. White Asava is the bridal line. Uniform by Asava is when we design the comfortable and functional clothes for the company all while reflecting its culture and professionalism. This is our 10th year anniversary, and it had been years of fun and challenges.

How is it like to design dresses for Miss Thailand Universe?

My designs were very controversial, but I still believe in what I truly believe. I don’t believe that women are an object of desire. It’s not just the appearances anymore that Miss Universe pageants are competing, but we’re looking for someone who can represent and be the role model for the whole world. From my point of view, we’re sending an ambassador of the culture to show the world the progress of our country, as well as the sense of modernity and heritage. So, I incorporated the soul of that selected woman. To celebrate the beauty of Thai women, I wanted to design something meaningful and empowering. We’ve got the highest scores from the board of national costumes in the past three years. I think 9.99 was the highest score ever, and I think I did my best.

In what way do you think online shopping and social media affect fashion industry?

Of course, online shopping and social media change a lot of things. They change scenario and the cycle of fashion, which have become the point of attention. It changed the way people perceive fashion. The trends also go much faster than before. Also, it becomes something we all question as people are addicted to fast fashion. People seem to be confused about the beauty and speed, which are not synonymous at all. However, I don’t believe in fast fashion. We appreciate the beauty of fashion and we believe good things always take time.

What is Cristiano Ronaldo’s net worth?