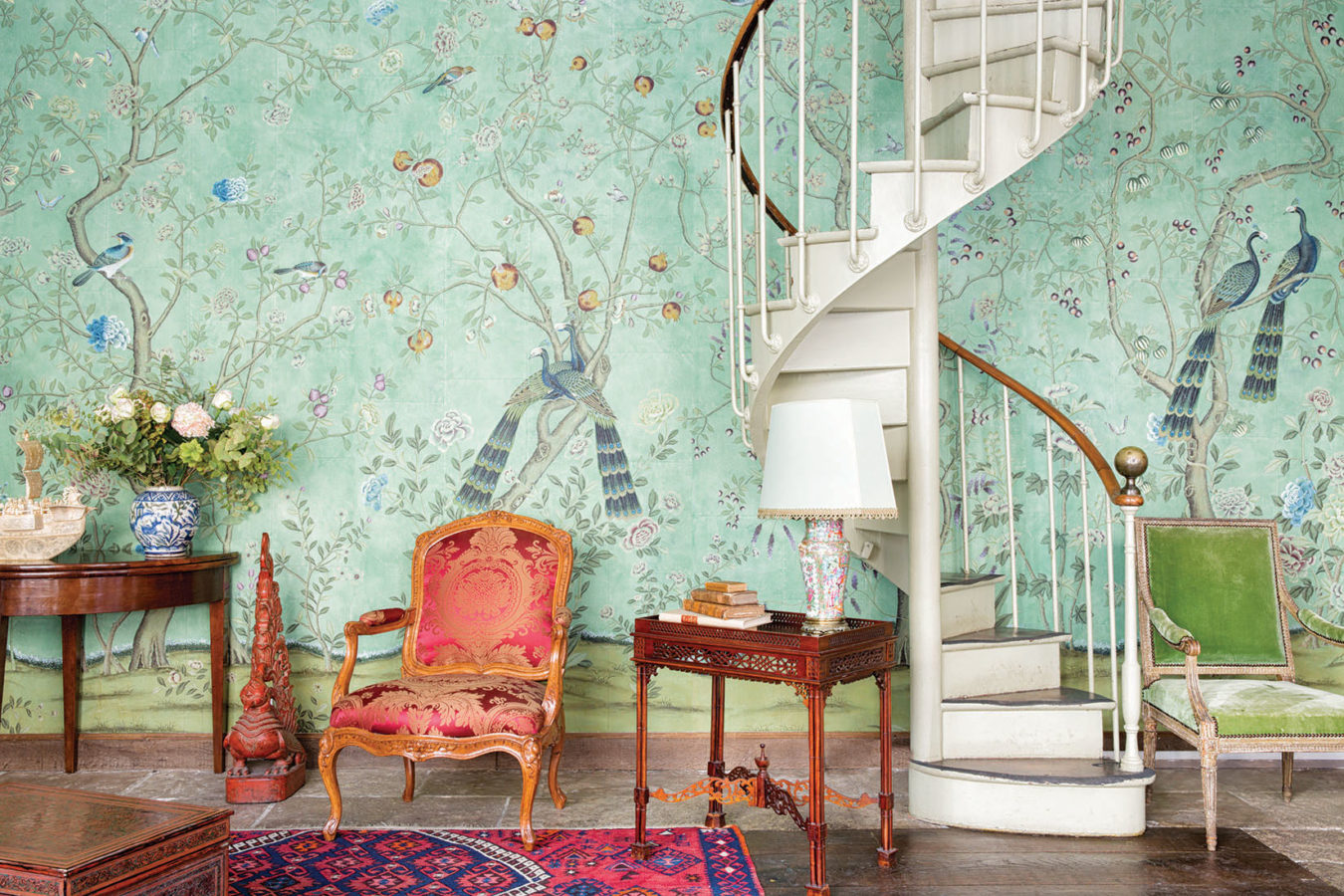 What is Chinoiserie and why should you incorporate it in your home?

Living
What is Chinoiserie and why should you incorporate it in your home?
Share this article
Next article

We’re all about all things beautiful when it comes to interior decor. Chinoiserie is one of those things, and if you’re not yet in on the trend, read on and become entranced.

Chinoiserie is not a style created by the Chinese, but a European interpretation of East Asian design.

It is a far cry from Oriental or Chinese style, although the word chinoiserie inherently derives from the French word chinois, which means “Chinese”. However, this style didn’t actually come directly from any parts of Asia.

It’s actually a European interpretation of East Asian design influenced during the golden days of cross-continent trades in the 17th and 18th centuries. At that time, only a handful of Europeans travelled to Asia and developed a great respect for Asian art and culture.

Despite very limited knowledge on the subject matter so unfamiliar to them, they were intrigued by exotic Asian cultures and began reinterpreting their versions of ‘East Asian designs’. These new designs were very much rooted in the highly ornamental rococo style that was highly favoured by members of the royal family. Very soon, chinoiserie became relevant as it graced the chambers and boudoirs in palaces of King Louis XV and King George IV.

It was also during this time that tea became one of Europe’s biggest imports. As tea appreciation grew in popularity, the need for elaborate mise-en-scène complete with tea sets, silverware, matching tables and chairs, tea chests and more, bolstered the demand for all things chinoiserie.

While some may call it an accidental style, chinoiserie observes more than just beautiful pieces of art. It was never a mismatch of cultures but a harmonious balance of east meets west — similar to Peranakan and Indochine style. As an evergreen style in interior design since the 17th century, chinoiserie spans the full range of decorative arts encapsulating wallpapers, textiles, intricate furniture, fine china, paintings and landscape artistry.

Every home should have a piece of chinoiserie or two to spruce up the interiors. When put together nicely, a chinoiserie piece adds character, exuberance and a touch of whimsy to a space. While the common colours in Chinoiserie range between rich yellows, aquamarine and greens to off-beat lacquered colours like deep red, orange and teal, elements of this style are created to stand out as a statement piece in a room — so it’s all about the mix.

You can tell the difference between Chinoiserie and other Asian-inspired styles by these key motifs including pagodas, dragons, foo dogs and nature sceneries. A pair of foo dogs (some regard them as lions) that are usually placed outside palaces and temples represent the harmony of yin and yang. These are usually used as decor on TV consoles or as life-size statues at your foyer.

When it comes to textiles and wall coverings, you don’t need to go all maximalist with chinoiserie style. A good touch of chinoiserie can exude a glorious timelessness without feeling choked or too extravagant. Chinoiserie motifs have a natural luxury and elegance thanks to its Rococo roots.

These wallpapers, fabrics and embroideries can easily blend themselves into contemporary spaces, classical interiors or even a speakeasy room — making chinoiserie furnishings the answer to quick home makeovers.

If you’re a collector of sorts, antique chinoiserie furniture can be really hard to find. But there are many new reproductions that you can peruse at speciality furniture shops or buy online. Everything found in typical classical French furniture repertoire has its chinoiserie version. Chinoiserie furniture is usually lacquered and generally comes in black, red, yellow and wood tones. These furniture pieces have a signature shine, an extremely glossy finish that’s embellished with hand-painted motifs, intricate carvings and inlaid details in gold or mother of pearls.

Bamboo is also another prevalent component in chinoiserie furniture. The beauty of lightweight skeletal furniture takes inspiration from the quintessential Ming chairs that are reinterpreted in various modern ways in current times.

Another popular fixture in chinoiserie design is the folding screen. These screens are typically ornate and add visual interest with its fair share of pattern play, colour, curvy lines and classic leitmotifs. It acts as a great way to demarcate spaces and can be moved around to give your space a quick update every now and then.

The Europeans drew inspiration from the traditional blue and white Ming porcelain for pieces like vases, lamp stands, tea sets and more. Just like the Dutch delftware, the ‘direct imitation’ soon secured itself as a quintessential part of chinoiserie style. Decorating with chinoiserie vessels is purely for aesthetic purposes. You either have one large piece as the main decor or have them in large clusters — arrange everything on the dining table for maximum impact.

Interior Design Living Interiors Chinoiserie East meets West
Lifestyle Asia
Here's where you can read the latest news and stories from Lifestyle Asia and our sister titles PrestigeOnline and Augustman, curated from all of our editions in Hong Kong, Singapore, Kuala Lumpur, Bangkok and India.
Luxury

Interior trends: why vintage pottery and ceramics are making a comeback

Why everybody needs a cast iron pan in their home