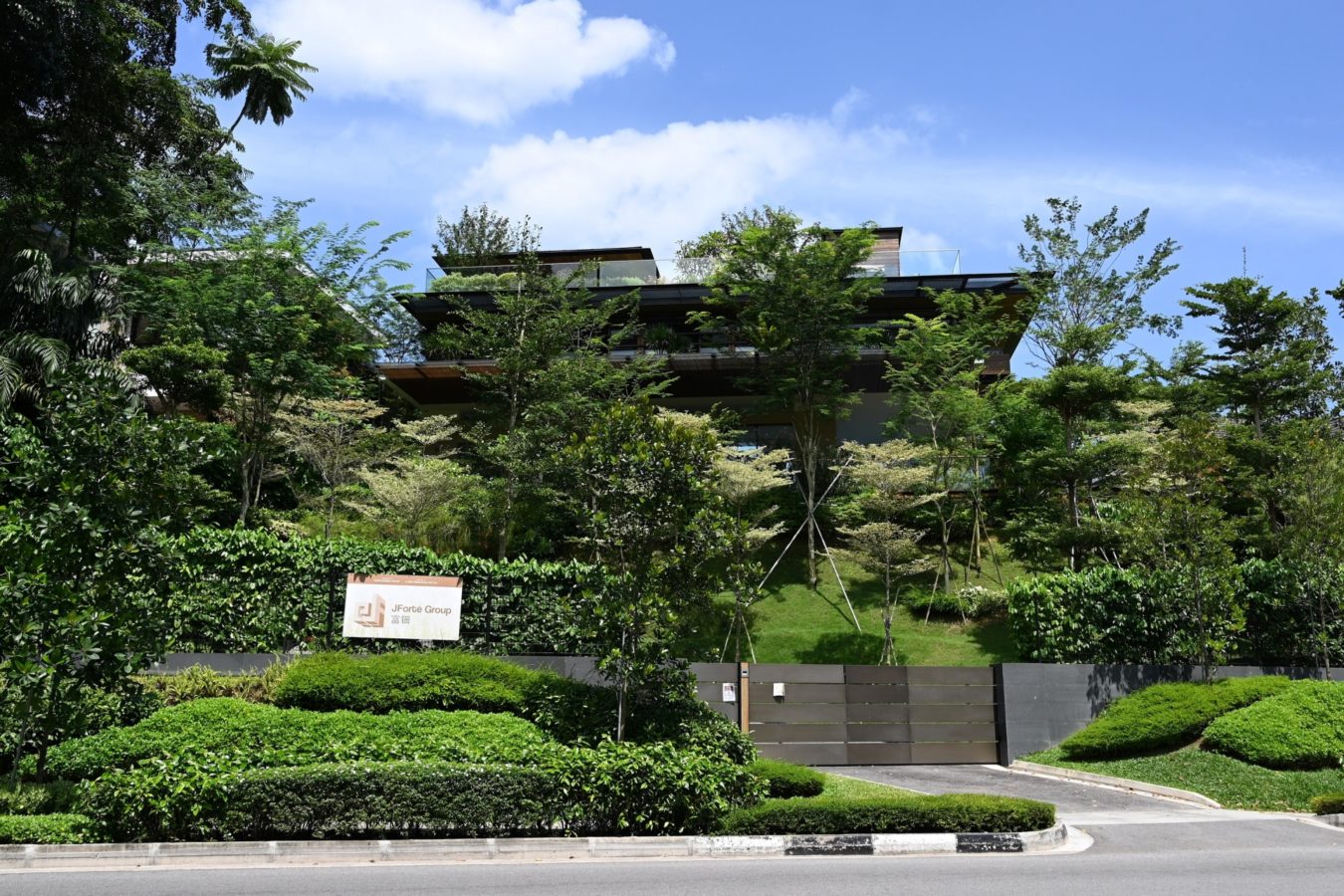 James Dyson, a British billionaire inventor, is selling his luxurious Singapore penthouse atop the city-state’s tallest building, his company said Monday, about a year after buying it for a reported US$54 million (approx. THB 1,688,067,000).

The tycoon snapped up the property, which has a rooftop terrace, private pool and jacuzzi after his electric appliance firm announced it was shifting its global headquarters to the city-state from England. The price tag was the highest ever for a penthouse in the affluent financial hub. But a Dyson spokesman told AFP an offer had been accepted on the three-floor residence, which also has a 600-bottle wine cellar and a dedicated butler service.

He did not give details of the sale, but it appears Dyson has made a hefty loss — Singapore’s Business Times newspaper reported the property was bought by a businessman in the US for Sg$62 million (approx. THB 1,428,930,315). Despite the sale, the spokesman said: “Dyson remains fully committed to expanding its research and development footprint and other operations in Singapore”.

The property sits on the top floors of the 64-storey, 290-metre high Guoco Tower, which is in the business district and has panoramic views over the city, including popular waterfront area Marina Bay. Since announcing the move of his company’s headquarters to Singapore last year, Dyson has made headlines by going on a property-buying spree. Just weeks after snapping up the city-state’s priciest penthouse, he bought another luxurious house for Sg$45 million (approx. THB 1,037,126,841), which faces the UNESCO-listed Botanic Gardens and features an infinity pool. The company’s move to Singapore prompted fury in Britain that the tycoon – a vocal Brexit backer — was not investing more in British manufacturing. The firm – famous for its bagless vacuum cleaners – abandoned plans to produce electric cars last year, saying the project was not commercially viable. Its first vehicle plant was to be located in Singapore.

Luxury Penthouse James Dyson
You might also like ...
Living
High life: a closer look at the world’s 10 tallest residential skyscrapers
Travel
10 new hotels in Asia to check out once we can travel again
Living
This megamansion in Central London is about to make UK real estate history
Travel
Good Life Getaways: 6 boutique hotels in Hua Hin for your next trip
Staff Writer
Property

“Brave Ground” has been named the next trending colour for 2021

Late-afternoon munching always calls for something

Starting our weekend on a wholesome note at plant-