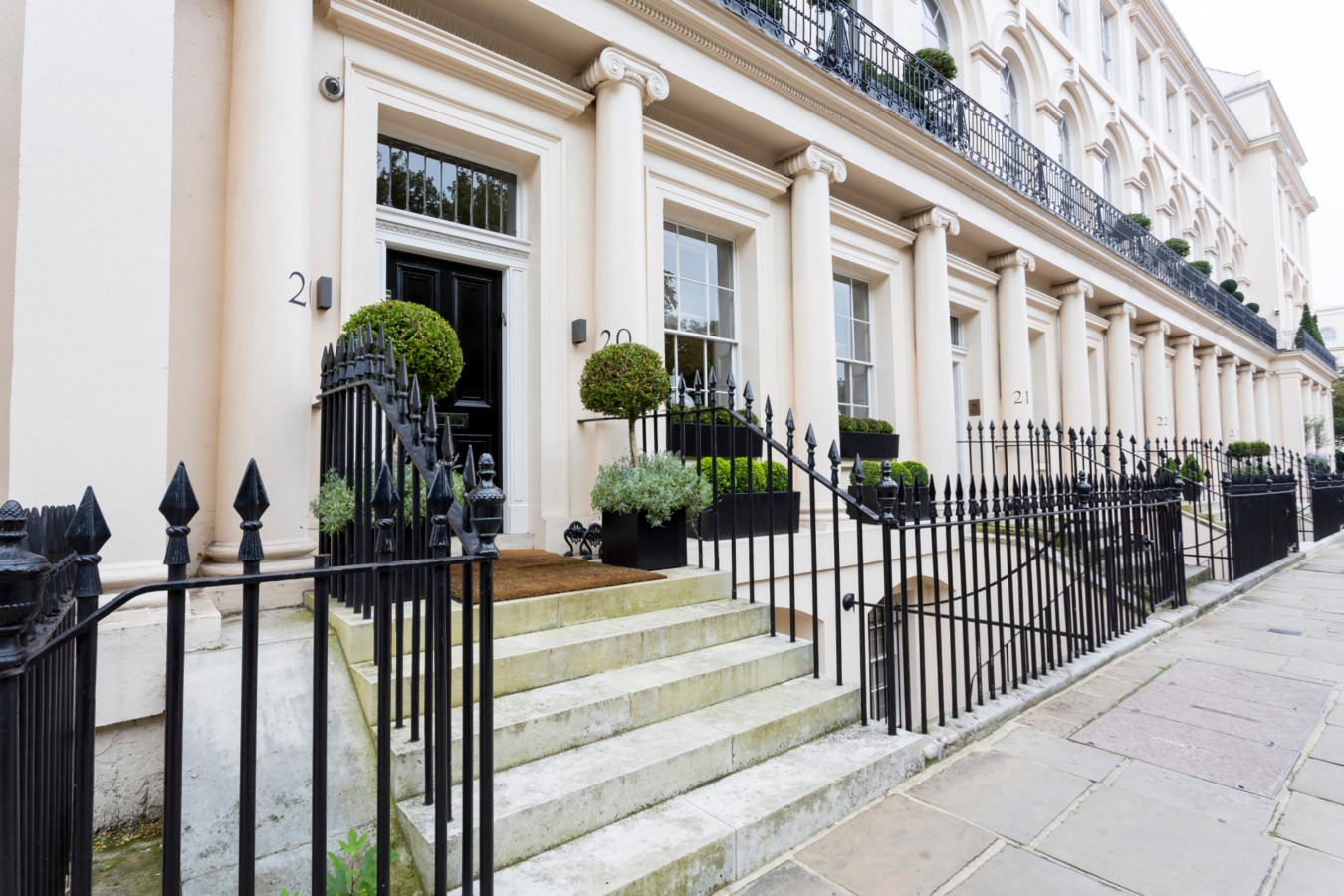 It is simultaneously the best and the worst time to buy property. And if you’re a billionaire with a thing for megamansions, look no further than right here.

While experts estimate that £27 billion of property sales were wiped out by the coronavirus-induced market lockdown, a London mansion is currently listed for an astounding £185 million.

Overlooking London’s leafy Regent’s Park, the 28-bedroom mansion is believed to be the first entire John Nash-designed terrace to ever come to the open market.

This Grade I-listed building has planning permission to be turned into two houses and 26 apartments with 42 underground parking spaces, according to London-listed real estate adviser Savills Plc.

The megamansion is offered on the market by real estate investment group Zenprop, which acquired the ultra-prime residency from the International Students Trust in 2016.

Despite the nine-figure asking price, Zenprop is reportedly hoping to sell 1-18 York Terrace East to an individual looking to acquire a private residence, rather than another developer.

“Nothing on this scale in such a prime London location has ever come up for sale. It is an opportunity to create a special and extensive private estate within the tranquil surrounds of Regent’s Park, moments away from Marylebone High Street and the West End,” Stephen Lindsay, head of Savills St John’s Wood, commented in a statement.

If the megamansion sells for its asking price of £185 million (around $241 million), the transaction will be one of the most expensive in the history of Britain’s real estate market.

The Regency property would be second only to a 20-bedroom Knightsbridge mansion, which sold for more than £200 million (about $261 million) back in January.

“It won’t appeal to many people, but we only need one person. The kind of person with billions, who wants a place in London,” Derrick Beare, CEO of Zenprop, told the Financial Times, adding that he expects to attract prospective buyers from Asia.

London Property Living
You might also like ...
Travel
Checking in: Amanpuri, where it’s hard to be sad
Style
Michael Jordan’s Air Jordan 1 High sneakers auction off at a record near 19 million Baht
Travel
Hollywood’s famed Chateau Marmont is going to become a members-only hotel
Travel
LSA Neighbourhood Guide: 10 reasons to check out Surawong Road
Staff Writer
Property
Sign up for our newsletters to have the latest stories delivered straight to your inbox every week.