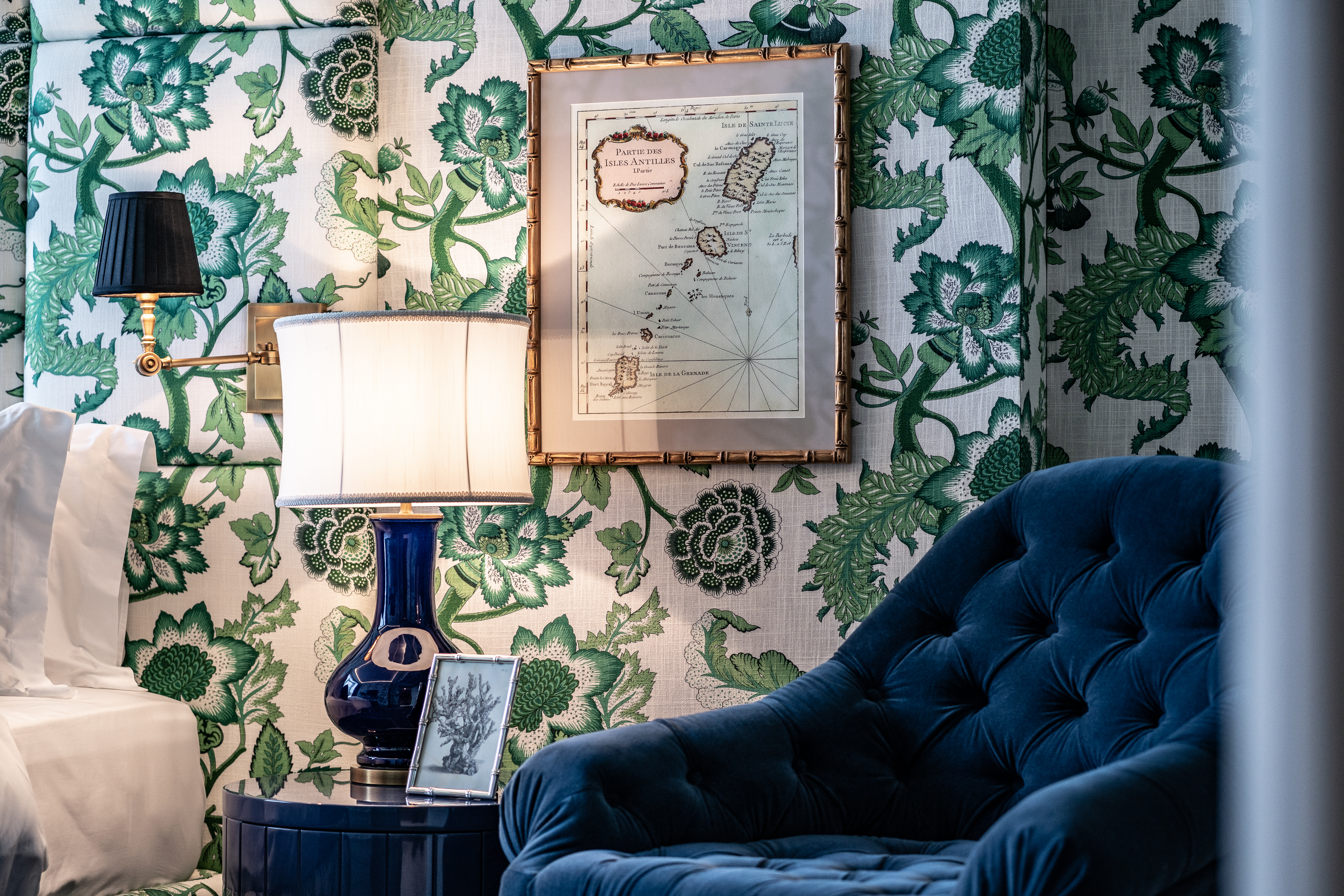 Sansiri x Lorenzo Castillo: the answer to feeling at home in grand spaces

Living
Sansiri x Lorenzo Castillo: the answer to feeling at home in grand spaces
Share this article
Next article

It’s so easy to be enchanted by historic European design. How could we resist? The high ceilings, the textured wallpaper, the grand doorways — it’s all so picture-perfect. But, in truth, we’re also kind of intimidated, maybe even skeptical. How could we live in such grandeur? How do we not go crazy within the maximalist patterned walls? Then we also hear questions from our 21st-century egos: will this classical design meld well with our Wi-Fi? Where are we going to put the flat-screen LED TV?

Lorenzo Castillo is some proof that these dilemmas have solutions. The Spanish antiques dealer-turned-designer is known for mixing style with time. He takes old pieces from various eras and colours them anew with meticulous placing, achieving the finest balance between classic and contemporary style. The widely acclaimed interior designer seems to offer an answer to the challenge of making grand architectural spaces seem welcoming, homey, and even fun. What’s more, we’re now able to see this magical transformation first-hand: Castillo has brought his distinctive vision to Bangkok, creating a specially designed luxury unit with Sansiri. The collaboration bursts with such euphoric colours, patterns, and structural lines, which, even if we won’t be moving in anytime soon, is worth admiring as a work of art.

[All images courtesy of Sansiri PLC]

We often look through history to see how things began. But Castillo began with history itself. An early fascination with antiques took the designer to study at the Antique School in Madrid, and then to specialise in Silverware and Jewellery in Boston. He became a sales and buyer of vintage items, opening his own antique store in 1992. It was eight years later in 2000 when he founded the world famous ‘Santiago Castillo’ and became a full-time designer. The studio for Santiago Castillo — located in his private home in Madrid — is itself a work of an antique revival. The house is in fact an old 17th century palace which hosted Queen Isabella II when she visited the capital in 1880. Then in the 1900s, the space became a store that sold opera outfits. It was only when Castillo revived it that the place was reverted into a home once more— becoming what it once was, but in a new way.

Playing with ideas of the old and the new is key to Castillo’s aesthetic philosophy. ‘Classic with a modern spirit’ is how the designer is often described. “Modernity should be complemented with tenderness and humanity”, says Castillo. “This can be achieved with mixing in elements like antique items — art pieces, books, any object that reflects past experiences”. Peer into any room in the Castillo-designed unit for Sansiri, and sure enough you’ll see opulent elements taken from the 16th or 17th century placed within modern surroundings, materials, and textures.

For Castillo, mixing the old and the contemporary is a way of giving life to a home. “Surely, the house must reflect the character of its owner. Without that, it is like a house with no soul.” And it’s his love for antique items that serve his best interests in this regard. Embedding things of the past into a room is adding a new story to the space, which in turn makes it a new space overall. As a former antiques dealer, Castillo says “I have always bought antiques from the standpoint of a designer and not as a reseller. I think that has been my point of success.”

In many ways, Lorenzo Castillo is a very Spanish interior designer. The specially designed Sansiri unit is an authentic showcase of that free-wheeling, vividly colourful, playfully perverse, adventurous, and oh-so-slightly mischievous spirit that’s often associated with Spain. Along with the complex play between antique furniture and modern curation, what we also find in a Castillo room are colourful patterns and eye-popping geometrics. The Spanish designer plays boldly with colours and shapes as another way to bring out new meanings and atmospheres from old, classical styles.

As a result, Castillo’s rooms are always full of pop-art energy with a mix of antique-store intrigue. But for all the complex stripes, offbeat colours, and sumptuous textures, Lorenzo Castillo never loses control. None of his rooms feel chaotic or messy; every aspect is placed meticulously in perfect pitch. His rooms may be eye-catching and subversive, but the designer would never sacrifice appropriateness for dramatic effect. In his own words, “decorating a home is like doing a jigsaw puzzle; every piece must connect”.

Still, the work of Lorenzo Castillo goes beyond nationality, walls, or any other borders. His homes are designed to be welcoming to all. With a broad and global resumé consisting of designing five-star hotels, high-end restaurants, as well as luxury fashion stores such as Loewe, Castillo is now offering a specially designed home in Bangkok. The Castillo-designed apartment at The Monument Thong Lo by Sansiri transcends all rules of trends or historical eras. Distinctively his, the rooms are the perfect balance between opulent classical pieces and a modern vision. They are liberating in their irreverence and playfulness. You get the feeling you could put that flat-screen TV anywhere you liked.

Sansiri has always flourished in their excellent collaborations with design royalty — this time, they strike a particularly harmonious chime with Lorenzo Castillo. The partnership works to remarkable effect. Both have a magical ability to create dazzling yet cosy spaces. Both are eye-catching and progressive, yet neither would sacrifice suitability just for dramatic effect. Both appreciate time-old treasures as well as modern creativity.

Grand places can be homey places after all. The Sansiri x Lorenzo Castillo residence is clearly a place designed for life to occur, for a whole future of conversations, drinks, flirtations, and laughter. With antique vases from centuries past blending beautifully into bright contemporary surroundings, it’s a perfect place to share old stories and make new ones too.