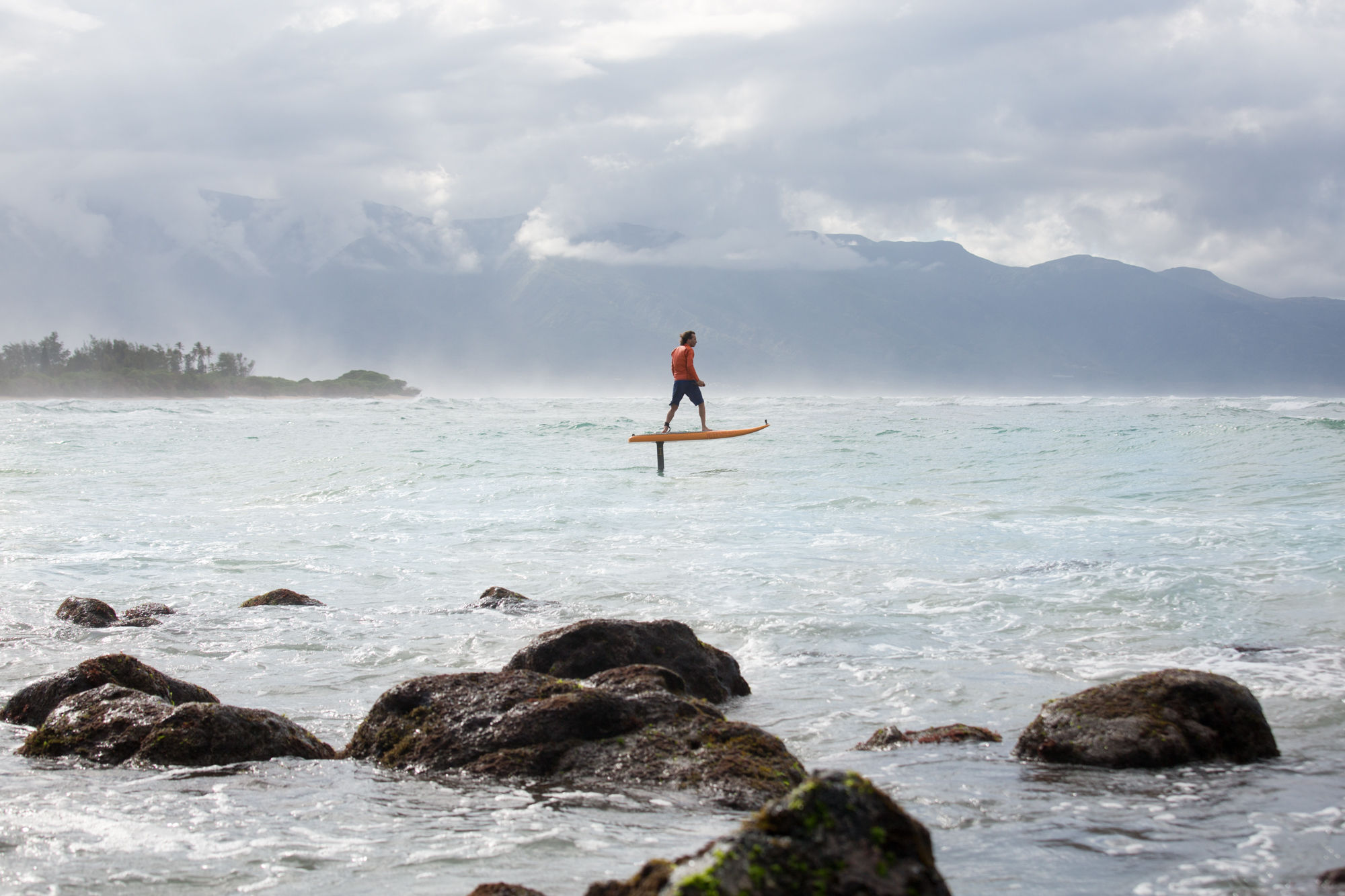 It’s not quite surfing, yet it isn’t kiteboarding. Enter hydrofoiling, the latest watersport obsession of Silicon Valley executives.

Hydrofoiling, or just simply foiling, is a sport little known to the rest of the world, save for those residing in the San Francisco Bay Area and Hawaii. And if kiteboarding was the new golf, foiling is the new kiteboard.

Simply put, hydrofoils are a lifting surface attached to the underside of a watercraft, enabling it to rise up above the surface of the water. This reduces the amount of drag it has when travelling at high speeds against the currents. And while it was conventionally used for boats, sports enthusiasts are now affixing hydrofoils onto almost anything. It also saw a surge in popularity when Larry Ellison, co-founder of Oracle, allowed its use on the yachts participating in the 2013 America’s Cup.

There are many ways one can go about foiling. There is the jetfoiler, a version that uses an electric motor to propel forward; the SUP foil, an attachment for stand-up paddle boards; and the kitefoil, similar to a kiteboard, with the addition of a foil below the board. Foilers have described the sensation of being on the boards akin to “flying above water”, and travelling across waves is much smoother as the rider doesn’t experience the bumpy chops.

First conceptualised by the Canadian-American watersport athlete Don Montague over a decade ago, there now over a dozen startups in the Bay Area alone manufacturing the various kinds of foils. Prices for the foils can range from US$385 (S$520) for a simple setup to US$12,000 (S$16,200) for the Lift eFoil, along with a five-month waiting time. Those who thirst for bragging rights can join the year-long wait list for a bespoke board by Mike Zajicek, a craftsman based in California with over 30 years of experience, and known to be the best in the trade by the foilers.

Montague cites industry giants like Google’s Larry Page and Sergey Brin alongside Virgin Group founder Richard Branson as regular foilers (the Google founders are clients of his company, Kai Concepts), proving that this sport is not just any other watersport, but one that can potentially spark new business deals and partnerships.

Although foiling has not taken off in the Southeast Asian region yet, there is a slew of schools that offer kiteboarding lessons around Changi Beach and Bedok Jetty. Enthusiasts sometimes head out to Desaru or Bintan for a different landscape, too. So there is already a foundation set in the region for those who seek to be able to “fly” above water. And unlike kiteboarding, there is no need for any winds to facilitate movement, so you could even do it on the waterways of Sentosa Cove.

Sports Health Google Tech San Francisco silicon valley jet foiling hydrofoiling watersports larry page sergey brin
Josiah Neo
Writer
Josiah Neo is a tech writer who contributes occasionally to the fashion, travel, and culture beats. When he’s not busy keeping up with the keynotes, he’s probably stuffing his face with the best Melbournian donuts (at Shortstop, BTW) or watching his favourite esports team, the Los Angeles Valiant, pummel their opponents into oblivion.
Technology Travel Fashion Culture
Sign up for our newsletters to have the latest stories delivered straight to your inbox every week.