Home > Living > Wellness > What’s up with the hype behind screen golf in South Korea? 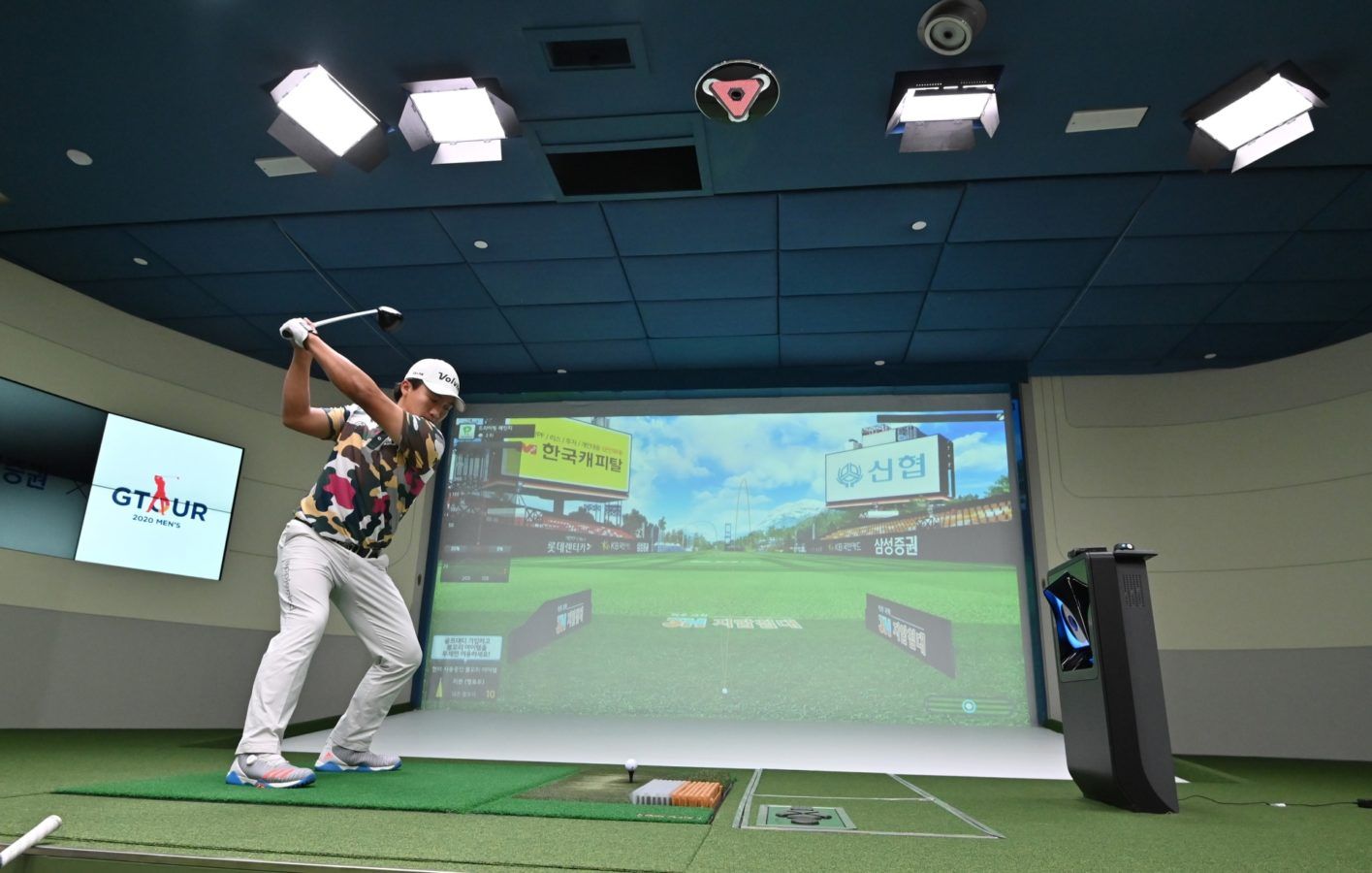 What’s up with the hype behind screen golf in South Korea?

Living
What’s up with the hype behind screen golf in South Korea?
Share this article
Next article

If you’re an avid golf player, this is going to be of interest to you.

During the final green of the tournament, Ha Ki-won carefully took his stance and rolled it forward. In front of him it circled the hole, making a rattling sound as it dropped, and Ha raised his fist in triumph, taking victory and a 20 million won ($17,000) winner’s cheque by a single shot. The ball, though, was not in a hole, but still on the carpet. This was a professional screen golf tournament in South Korea, which hosts what organisers say is the world’s only such tour.

For Ha, 38, screen golf has offered a competitive lifeline: he first wielded a club at the age of 17, and reached the second tier of the professional KPGA tour, but never made a cut in tournament play.

In screen golf, though, he now has five victories, and in 2017 he gave up real-life competition altogether, converting fully to simulator action.

“Now I feel more at ease in front of the giant screen,” said Ha.

Just like on a real course, players compete in several groups simultaneously, each taking shots in turn.

But rather than walking in open countryside to reach their next lie, they step in front of a screen measuring 5.8 by 3.0 metres.

Sensors on the floor and ceiling track the trajectory of the ball after impact and project its onward path down the virtual course.

The country’s biggest screen golf operator Golfzon — which has more than 1,300 centres across the South — set up the tour in 2012, with seven events a year, culminating in November’s GTour Championship, worth 150 million won to the winner.

There were 130 competitors at this month’s tournament in Daejeon, south of Seoul, eight of them first-tier KPGA professionals.

The popularity is driven by accessibility: traditional golf is a hugely successful spectator sport in South Korea, which is a global powerhouse in the women’s game, providing eight of the current world top 20.

But with more than 65 percent of South Korea made up of mountains and a population of 52 million, land for golf courses is at a premium, club memberships are highly exclusive, and green fees can cost hundreds of dollars.

Screen golf has stepped into the breach: Golfzon says 60 million rounds were played at its centres last year, and sales were up 10 percent in the first six months of 2020.

Technological improvements have “narrowed the gap between real golf and screen golf”, Golfzon representative Yoo Young-sang told AFP, adding that interest from first-tier KPGA players has been “on the rise”.

Screen golf tournaments also attract fans of their own, he added: as many as 200 fans will attend tournaments, said Yoo, although this month’s event was held without spectators as a coronavirus precaution.

South Korean female professionals are less interested than their male counterparts, according to Yoo, as the real women’s game in South Korea is more lucrative than the men’s, with more tournaments offering larger prizes and greater prospects for commercial sponsorship.

It’s a reflection of their diverging fortunes on the global stage, where South Korean men fall far short of their countrywomen’s dominance.

Theories for the contrast include that the average physical differences between Asians and Westerners are smaller among women than men, and that male South Korean players’ development is interrupted by compulsory military service.

The Daejeon venue has no fewer than 27 golf booths, equipped with speakers to provide special effects to enhance the experience: good shots are met with rounds of applause and women calling “congratulations”.

If a ball lands in a bunker, the player has to play their next stroke from a deep-pile mat to simulate the effect of blasting out from sand.

But there is still a gap between virtual and real, said competitor Kim Da-hun, 24, who first picked up a club aged eight and is currently in the second tier of the KPGA tour.

“Out on the field, even the subtlest feeling in your hands and wind movements affect your play,” he said.

“But here, your play is mostly dependent on a shot angle and speed.”

Sports Entertainment Golf Tech
You might also like ...
Travel
Good Life Getaways: 8 boutique hotels in Khao Yai for a cool escape
Gear
Meet the Samsung Terrace: the world’s first outdoor 4k QLED television
Style
A millennial dream: Christie’s is holding a Michael Jordan-themed auction
Gear
Everything you need to know about Apple’s newly-launched news podcast
Staff Writer
Sports
Sign up for our newsletters to have the latest stories delivered straight to your inbox every week.