Home > Living > Wellness > Welcome to Aquarius season 2022: Everything you need to know 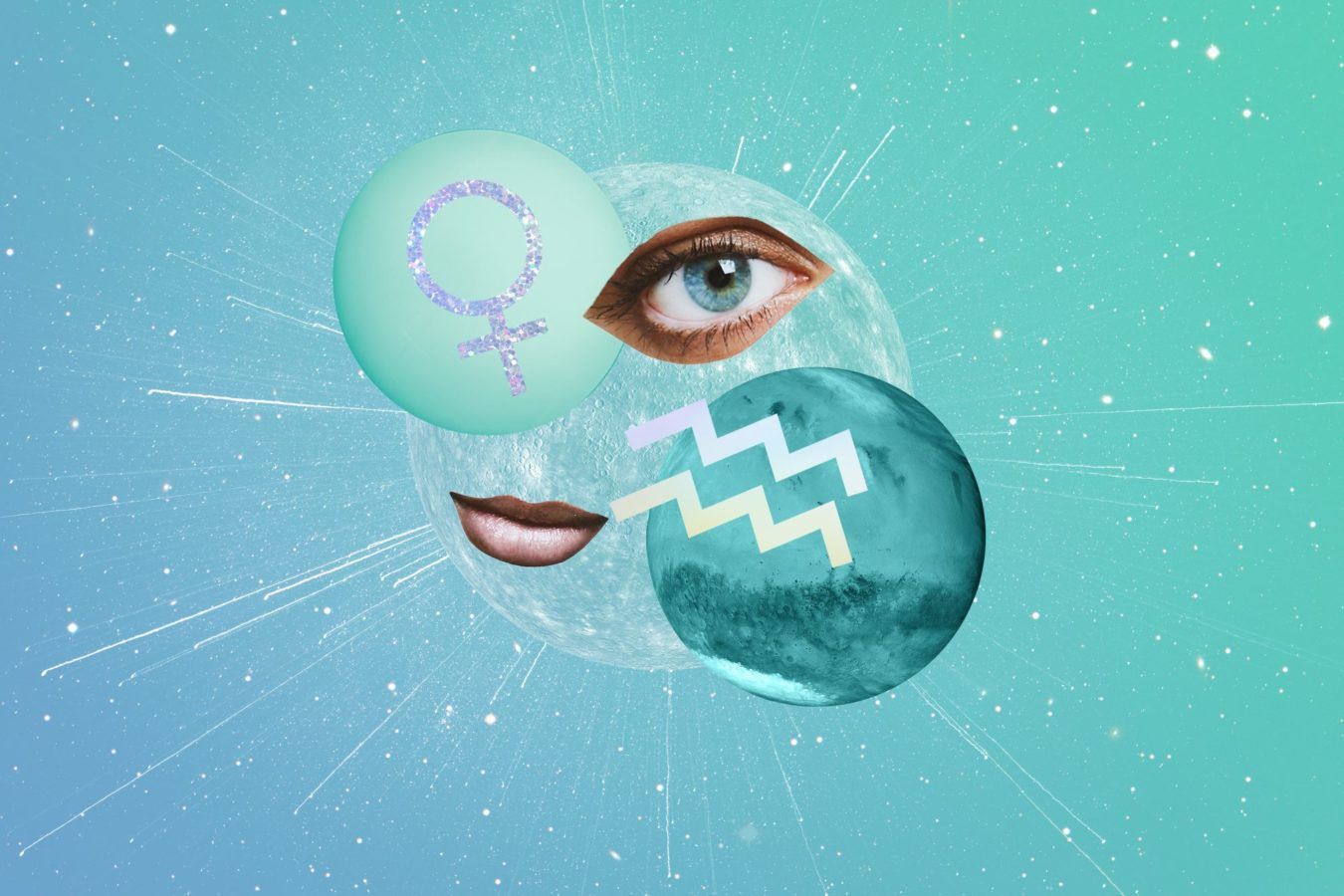 Welcome to Aquarius season 2022: Everything you need to know

Every year, from approximately January 20 to February 18, the sun moves through the eleventh sign of the zodiac, Aquarius, the fixed air sign.

Ruled by game-changer Uranus, the planet of rebellion, revolution, and innovation, Aquarians would prefer to strike out on their own rather than conform to anything they feel is mainstream or, even worse, traditional. The intellectual, humanitarian air sign is particularly adept at forging and nurturing platonic relationships, working with others, and striving for the greater good. And while they might be one of the innately social air signs and live to collaborate and make friends with just about anyone and everyone, they have a tendency to dig their heels in, especially when it comes to their ideals.

For this reason, regardless of your own “astrological DNA,” Aquarius season is bound to turn your focus toward collaboration with others, standing up for communal causes you believe in, and bolstering scientific understanding and technological advancement. It’s no wonder this time of year is marked by forward-thinking (Groundhog’s Day), applauding — and debating — leaders’ approaches to promoting progress (Martin Luther King Jr., George Washington, Abraham Lincoln, etc.), and trying to settle the age-old question of whether Valentine’s Day is a commercial scam or a day to celebrate love.

But while the sun moves through the quirky sign annually, the moon and planets move at different paces and patterns in our solar system, so you can expect a unique experience during every sign’s season. Here’s a glimpse at Aquarius season 2022.

Two retrogrades will keep your eyes on the rearview mirror

For the first 10 days of Aquarius season, there were not one but two retrogrades keeping your sights trained on tying up loose ends from the past. Venus, which went retrograde on December 19, continued to move backwards until January 29, urging reflection around all of the areas of life it oversees: relationships, beauty, love, money, and values. On the 28th, it conjunct Pluto in restrictive Saturn-ruled Capricorn for the third time recently (the duo also got together back on December 11 and 25), intensifying desires in a way that could even morph into infatuation and power play.

Meanwhile, Mercury’s retrograde, which began on January 14, will continue through February 3. Until January 25, the planet of communication moves backwards through Aquarius, promoting inward reflection on how you’re standing in your sense of self — especially in the context of group activities. It’ll be easier to zhush previously started projects with a little help from your friends or colleagues. And from the 25th to February 3, it’ll move back through Capricorn, reviving any interpersonal issues that arose in December. From the 3rd to Valentine’s Day, it’ll remain in the sign of the sea goat, pushing for more goal-oriented communication and thinking.

Thankfully, while both planets will need a bit of time to get back up to full speed once their retrogrades come to a close, the last couple weeks of Aquarius season should allow for more forward movement in love and communication.

Not only will Mercury be back in Capricorn for much of Aquarius season, but go-getter Mars, the planet of energy, action, and sex, moved into the cardinal earth sign on January 24. Until March 5, it’ll bring a more industrious feeling to the way we take care of business, assert ourselves, and express ourselves between the sheets. Anything you’ve been wanting to work on — whether it’s getting ahead on a work project or perfecting a new position in the bedroom — will get a boost from this focused, ambitious energy.

And Cap’s ruler, taskmaster Saturn, also gets a moment in the spotlight when it pairs up with the confident sun — in Aquarius — on February 4. Because this is a benevolent aspect, it could signal well-deserved rewards stemming from putting your nose to the grindstone, particularly on communal efforts.

On February 1 (ET), the new moon falls in Aquarius, cosying up to Saturn, which can drive serious, hard work on our intentions. But because the moon will also square off against electrifying Uranus, you could be tempted to break free of any situation, pattern, or relationship that feels as though it’s been holding you back.

And the Leo full moon on February 16 happens at the same time that Venus pairs up with Mars in Capricorn, inspiring serious post-V-Day steaminess. If the holiday itself (falling on a Monday, ugh!) was a bust, you might find the fiery full moon offers up a welcome dose of heat, setting the stage for more power play and experimenting with control between the sheets.

Just before the sun exits Aquarius, lucky Jupiter — in Pisces since the end of December — will form a friendly sextile to electrifying Uranus in Taurus on February 17, just before the end of Aquarius season. Now’s your chance to more fully embrace any major shifts, epiphanies, breakthroughs, or innovative thinking you’ve been flirting with (possibly since the new moon back on February 1). Then, tapping into your inner Aquarius, standing in your sense of self, and moving in a totally different direction could usher in a lot of luck.

Zodiac Astrology Aquarius Sun signs
You might also like ...
Living
It’s Aquarius season: 10 Aquarius celebrities to celebrate this month
Culture
Your survival guide for the first Mercury retrograde of 2022
Living
Venus Retrograde 2022: What it means for your love life, beauty, and finances
Living
The affirmation you should make for 2022, according to your zodiac sign

How to use Libra season to your advantage, based on your zodiac sign