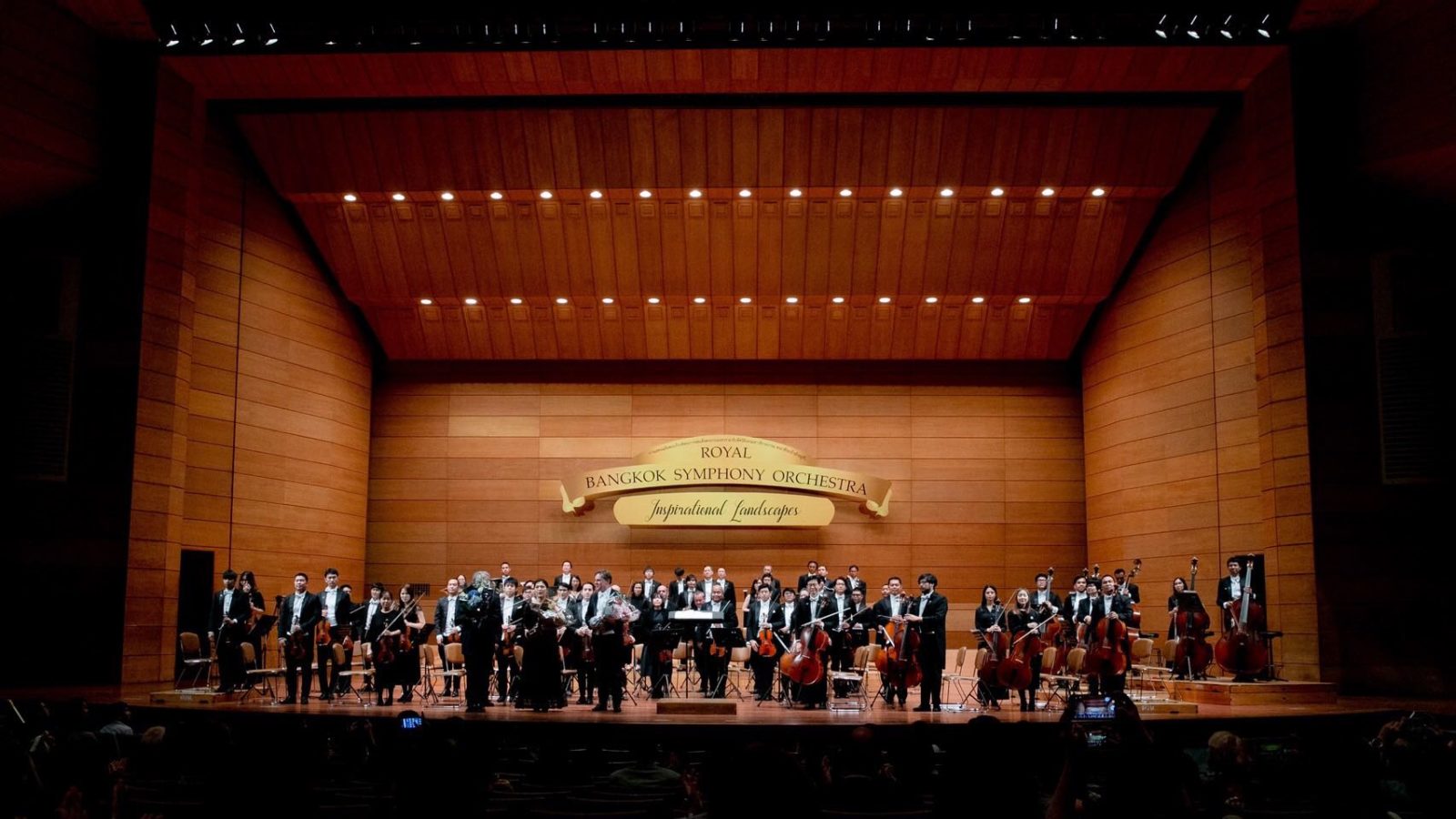 Did you get to swoon to the grand symphonic poem at RBSO’s latest concert? We got a little carried away seeing the Russian violin legend embracing the stadium.

“Inspirational Landscapes” just like it’s namesake, brought a myriad of inspiring music to Bangkok at the end of last month. Imagine, being in a room filled with magical tones of German music. Inspired by the landscapes surrounding Germany’s most significant waterways, River Rhein, the opus is also known as Rhenish.

On 31st January, we saw guest star virtuoso concert violinist Boris Belkin sparkling the night way by performing the legendary romantic Scottish Fantasy by Max Bruch. The Scottish folk tunes and expansive four-movement work brought the dimensions of a full-blown concerto to the stage — more like a mesmerising poetic symphony that filled the air with love. The “Inspiration Landscapes” concert was held to honour His Majesty H.M. King Maha Vajiralongkorn Phra Vajiraklaochaoyuhua, and was organised by the Department of Cultural Promotion, supported by B.Grimm, and the Royal Bangkok Symphony Orchestra Foundation under the Royal Patronage of Her Royal Highness Princess Sirivannavari Nariratana Rajakanya. The Royal family has continuously supported the arts and cultural activities in Thailand, especially of Western Classical Music. The Royal Bangkok Symphony Orchestra has been consistently hailed throughout the past three decades as one of the leading orchestras, placing Thailand on the world map of Western Classical Music countries. 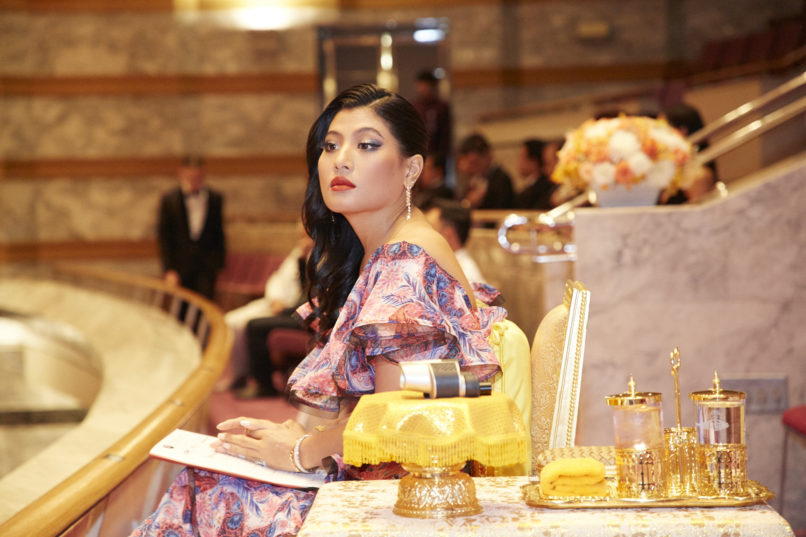 Talented violinist Boris Belkin was born in the former Soviet Union in 1948 where at the age of 6 his talent was discovered. Finally, Belkin made his first public appearance with the prominent conductor Kirill Kondrašin. During his early days, Belkin was also a privileged protege of Yuri Yankelevich, Felix Andrievsky, and Isaac Stern. Today, Belkin is globally recognised as one of the finest violin soloist and chamber musicians. After successfully performing at the standard concerto repertoire all over the USSR with top national orchestra and receiving the coveted first prize at the Soviet National Competition for Violinist in 1973, Belkin settled in Belgium as a citizen for good.

The Royal Bangkok Symphony Orchestra (RBSO) decided to take it up a notch under the baton of Music Director Michel Tilkin playing Beethoven’s Die Wut über den verlorenen Groschen (Rage Over A Lost Penny) in its orchestral version by Erwin Schulhoff. This opening piece was the perfect combination of Beethoven’s clever, challenging, and novel approach, followed by Beethoven’s brilliant pianism in Vienna. This piece was originally written for solo pianists, but after listening to the orchestral version, we wouldn’t have it any other way. In the second half of the concert, we hummed to Schumann’s wonderful Symphony No. 3 in E-flat major opus 97. Whilst we have seen Tilkin conducting this masterpiece on his first visit to Bangkok in 2010, we had the opportunity to hear it here once again.

Coming up this month

If you are looking forward to another concert this month, then “Graceful Grief – Beautiful Brahms” will take place on Saturday 22 February, at the Thailand Cultural Centre, Main Hall. Guest conductor Golo Berg and Soloist Pianist Belle Suwanpotipra will be playing Weber’s Overture Oberon, Grieg’s Piano Concerto in A minor, Op.16, and Brahms’ Symphony No.3 in F major, Op.90. Tickets are available at ThaiTicketMajor.com and the price range includes THB 300, THB 700, THB 900, THB 1,200, and THB 1,500.

Bangkok Culture Music bangkok events RBSO Royal Bangkok Sympohony Orchestra
Alisha Pawa
Writer
Alisha is a passionate dancer and is always creating her own choreographies. She is a fan of rom-com novels, a coffee-drinker who loves tea, and is always on-the-go for her midnight chocolate cravings. She hopes to tick-off her never-ending bucket list one day by hosting her own travel show.
Arts & Culture Beauty Trends Travel Tech

Travel
The best staycation and hotel reopening deals in Bangkok right now
Culture
Our theme for July 2020 will make you want to time travel
Style
Best Dressed in Bangkok: The New Normal Edition
Travel
5 boutique hotels in Hua Hin for your next escape from the city
Style
8 fashionable face masks for Bangkokians with style
Travel
The best staycation and hotel reopening deals in Phuket
Style
Porsche Design has launched a special custom watch program for owners and fans
Style
Why moon bags are set to be the style trend of the summer
Travel
LSA Neighbourhood Guide: 10 reasons to visit Ari
Food & Drink
6 new restaurants to try in Bangkok this July 2020
Sign up for our newsletters to have the latest stories delivered straight to your inbox every week.

Sports events after COVID-19: what will change?