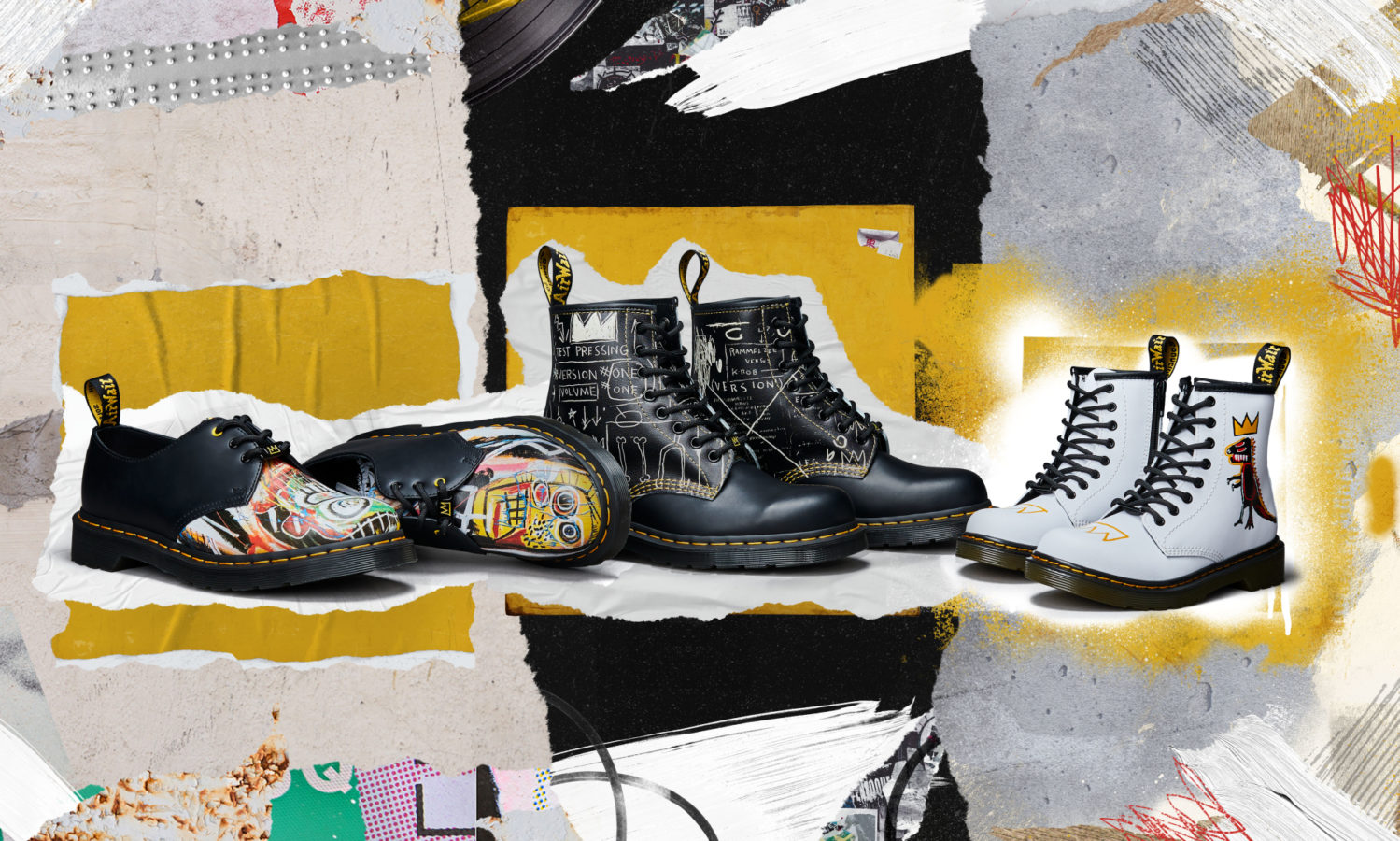 Are these Basquiat graffiti-inspired Dr.Martens the ultimate street style staple?

Style
Are these Basquiat graffiti-inspired Dr.Martens the ultimate street style staple?
Share this article
Next article
Dr. Martens pays homage to Jean-Michel Basquiat with a collection of shoes inspired by some of his works.

British footwear brand Dr. Martens is paying homage to Jean-Michel Basquiat with a collection of adults’ and children’s shoes inspired by some of the American artist’s most iconic works. Priced at less than 200 euros, the shoes will be available starting on July 10 from selected outlets and online from Drmartens.com.

At the end of June of this year, a Jean-Michel Basquiat works on paper entitled “Untitled (Head)” sold for 15.2 million dollars at an online auction organized by Sotheby’s. Of course, most people simply do not have the means to purchase a work by the Brooklyn-born painter, not even if they take on endless decades of debt. However, fans of the artist can now take heart in the fact that even though they can never afford an artwork, they can at least buy the boots. And not just any boots but boots by Dr. Martens. The cult brand is now preparing to launch a collection in collaboration with the estate of Jean-Michel Basquiat, which turns a spotlight on some of his most famous works.

So which of the Jean-Michel Basquiat works will you choose? In the collection, adult-sized Original 1460s are decorated with the graffiti-inspired “Beat Bop,” while junior 1460s offer a rendering of the “Pez Dispenser” dinosaur. Last but not least, the collection’s 1461’s feature the highly colourful “Dustheads.”

Art Fashion Style Dr. Martens Jean-Michel Basquiat boot
You might also like ...
Travel
The best staycation and hotel reopening deals in Phuket
Style
Why moon bags are set to be the style trend of the summer
Style
Weekend muse: swim shorts that’ll woo everyone on your next weekend trip
Culture
A drive-in cinema is coming to Bangkok for your next hot date
Staff Writer
Style