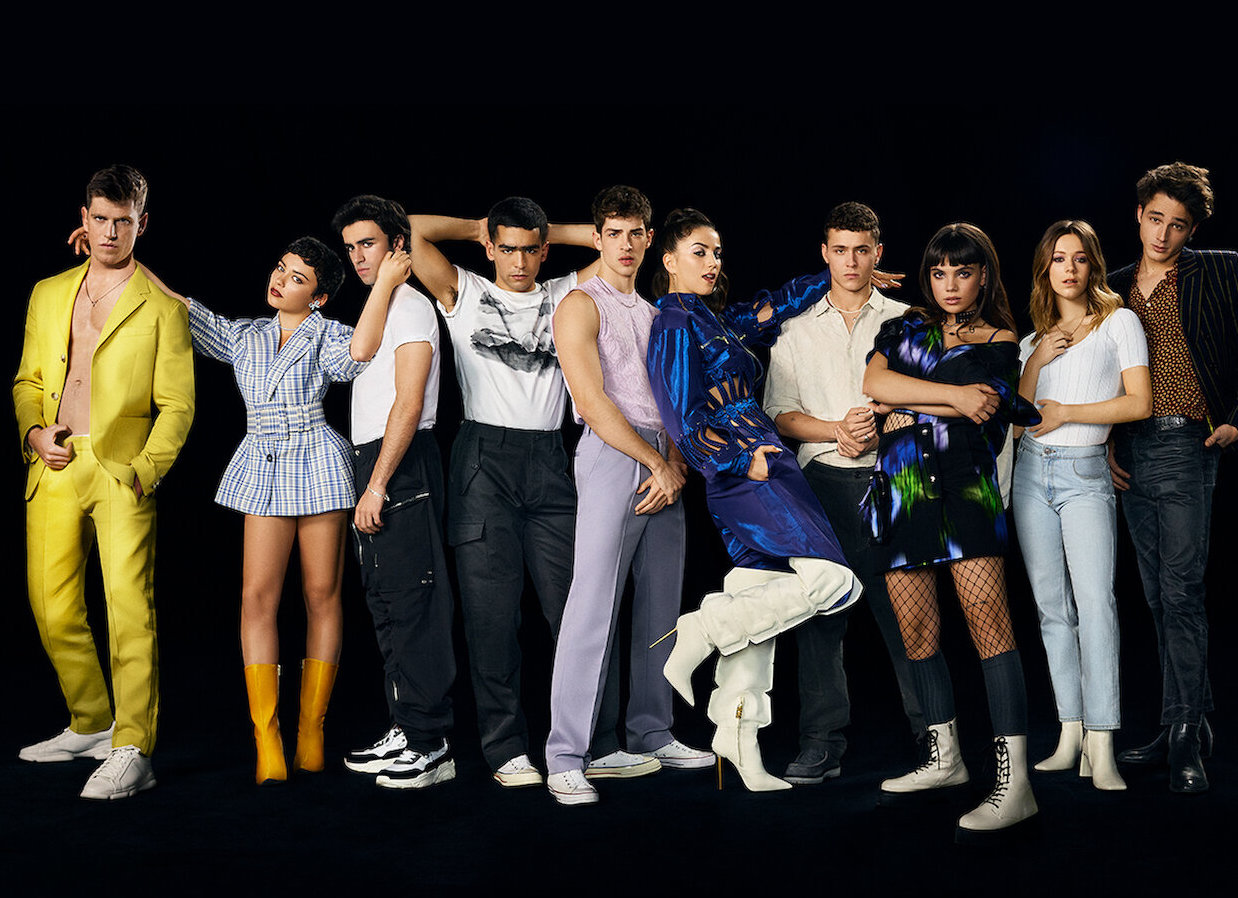 10 Halloween outfit ideas inspired by shows on Netflix and HBO

It’s the month of horror movies and Halloween. October is here, and that means one thing: time to play dress-up. Long gone are the days to dress up like a nurse, Cat Woman, or with little devil horns. Now, it’s all about pop culture and dressing up as characters from your favourite shows.

If you need some inspiration, here are ten Halloween outfit ideas inspired by our favourite shows. Get creative, get costumed, get crazy. 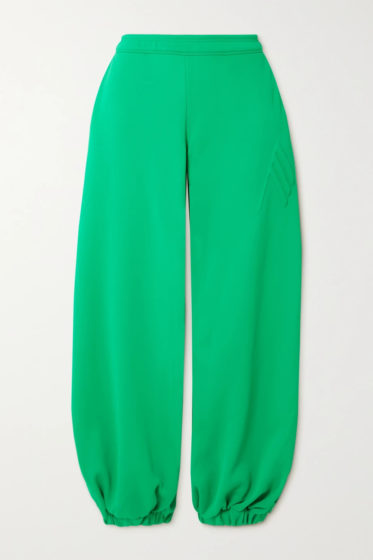 Yes, of course, Squid Game is first on the list. This Korean series is all the rage right now, and we are living for it. What better way to celebrate this global phenomenon than to dress like one of the players? Get these green-coloured sweatpants and become player 457. Red light, green light, dress right.

Pair with: an old white t-shirt (draw your number on it), and a matching green hoodie/jacket 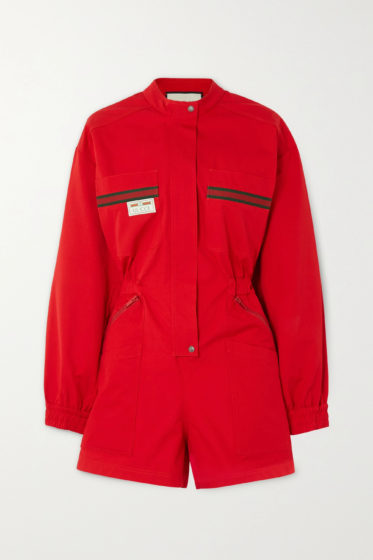 Always wanted to be a part of the Money Heist crew? This is your chance. Show up at your Halloween event in this bold and badass red Gucci Jumpsuit and introduce yourself as ‘Bangkok’ (or any other city of choice). If you want to go all out, maybe have Bella Ciao playing in the background as your entry song.

Pair with: a Money Heist mask 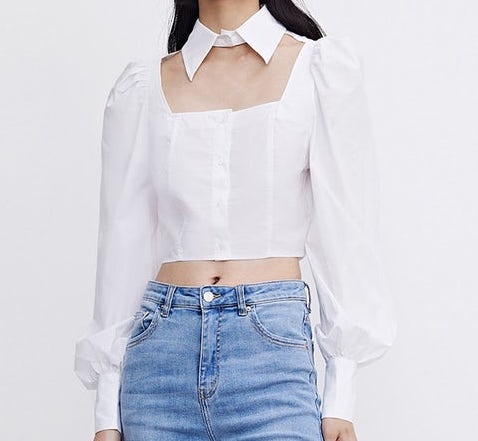 Girl From Nowhere has really gone somewhere. The clothing featured in the award-winning Thai drama may not be anything special, but it sure is perfect for Halloween. Instead of a basic white school shirt, here is a trendy take on the school uniform. To freak people out, maybe keep appearing and disappearing from the party.

Pair with: a black bowtie, a black skirt Are the Regency era and Boudoirs more your thing? If yes, what better than dressing up like you’re on the set of Bridgerton? Perhaps you’ll find your Duke while you’re slaying in this sexy one-piece that looks like a contemporary version of something Daphne would wear. 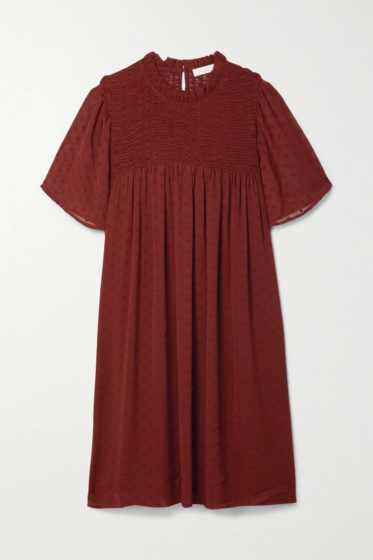 Netflix Original Chilling Adventures of Sabrina screams “Halloween.” In this coming-of-age dark fantasy horror, it’s pretty much the festival of Samhain all the time. If you want to fully embrace the authenticity of Halloween, opt for this shirred burgundy dress that makes the perfect Sabrina, but can also be worn to future events. 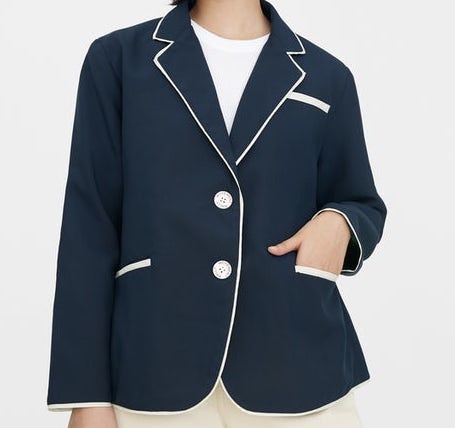 All the people on the Netflix Spanish hit teen drama Elite are so beautiful, and their uniforms are pretty cool, too. Just like all the fashionistas on the show add their own twist to the traditional school uniform, you can do the same with this navy blue blazer with gold finishings.

Pair with: a red tie, a white buttoned shirt, a navy blue skirt 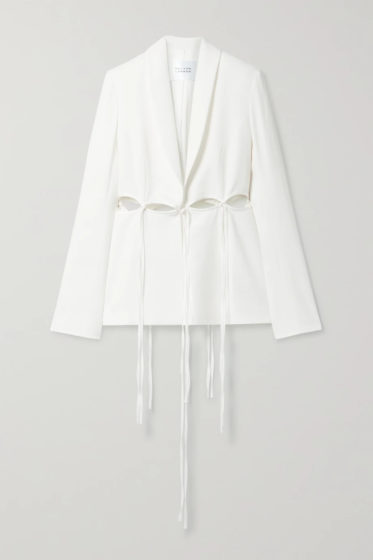 Although dressing up as a nurse might be last season, dressing up as a doctor on Grey’s Anatomy is definitely trendy. Rather than a basic, long, white doctor’s coat – go for Galvan London’s ellipse cutout blazer. After Halloween, you can still slay in this designer piece pretty much anywhere and everywhere.

Pair with: blue scrubs, a stethoscope This is probably one of the easiest, if not the easiest, outfits to put together. If you don’t want to spend much this Halloween, just invest in a bandana and throw some tropical clothing on. With a John B-inspired bandana and perhaps a floral t-shirt, you’re a certified Outer Banks Kook. 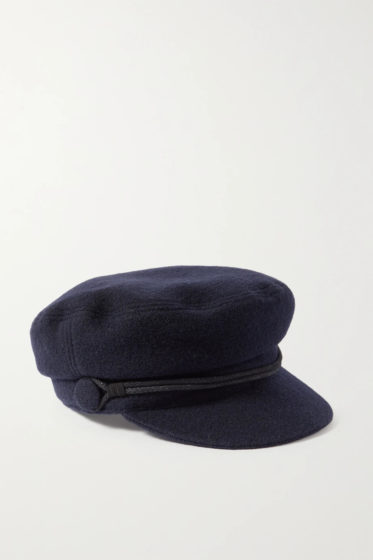 The British period crime drama Peaky Blinders has become somewhat of a global phenomenon. The iconic Tommy Shelby flat cap is worn by fans all over the world. Peaky Blinder fan or not, this Maison Michel navy-coloured hat makes for a good Halloween accessory, but also adds a touch of sophistication to your non-Halloween looks. 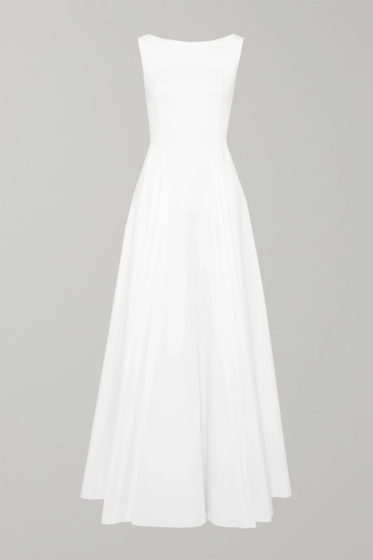 Although the show ended years ago, the hype around Game of Thrones lives on, especially with the prequel coming out soon. If you’re a #thronie, consider dressing up as Khaleesi this Halloween 2021. Out of her many looks, the ‘white dress’ is probably one of the most well-known ones. Halloween aside, this dress is stunning.

Pair with: a white cape

shop now
Fashion Style Halloween Netflix Money Heist Girl from Nowhere Bridgerton Squid Game
You might also like ...
Style
An outfit idea for every work-from-home personality
Beauty & Grooming
10 nail art ideas to try this October 2021
Style
How to wear your sneakers like ‘Squid Game’ star Jung Ho Yeon
Living
How ‘Squid Game’ brought sweatsuits and slip-ons back into fashion
Natasha Sethi
An animal-loving activist with a fervor for writing, designing, and anything creative. Natasha's hobbies include obsessing over golden retrievers & ocean swimming.