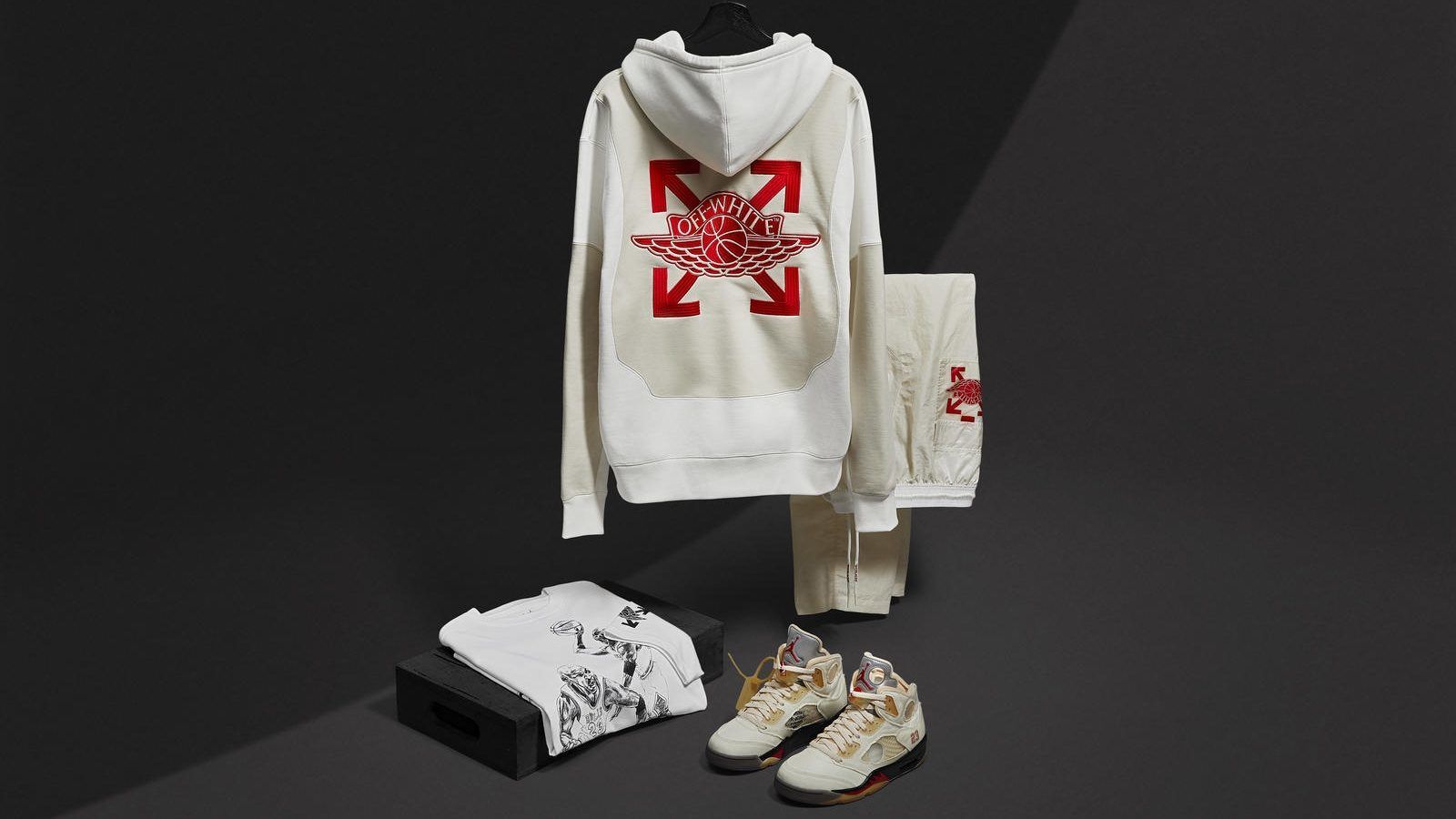 10 new sneaker releases to know about in November 2020

Sneaker Surge HK‘s Mira Uttamchandani is back again for a hot round-up of sneaker drops you need to know about this November 2020.

As we edge towards the holiday season, it’s high time to start writing out that end-of-year wishlist. The must-have drops of the month alone should keep sneakerheads pretty much occupied throughout November: From a handful of OG Jordan re-releases (some offered as a global debut) to the next iteration of previously ultra-hyped shoes, there’s plenty to shop this month whether you’re looking to rock or stock. 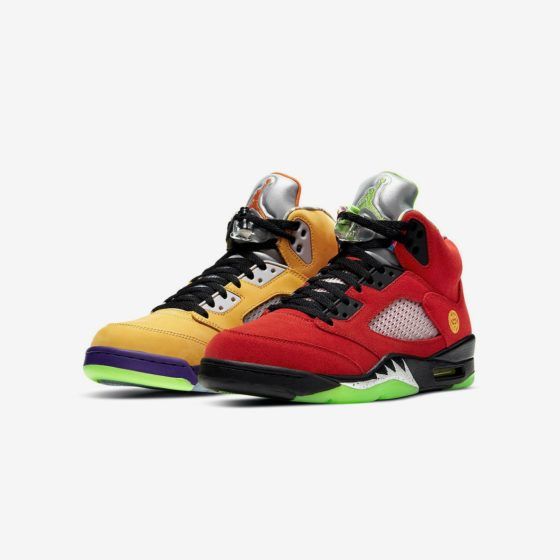 This year marks the 30th anniversary of the Air Jordan 5. Initially released in 1990, the Jordan brand has paid homage to the iconic shoe this year by releasing multiple iterations and collaborations of the silhouette. A consistent design element seen in every Jordan 5 is the shark-tooth motif on the midsole, inspired by Michael Jordan’s biting performance that year, whom Tinker Hatfield likened to a fighter plane.

The Air Jordan 5 ‘What The’ combines colourways and elements from notable previous releases such as the lightning yellow ‘Tokyo’ and bright red ‘Shanghai’ and ‘Raging Bull’ styles. This all adds up to create a fun mismatched pair in red, yellow and green perfect for the Christmas season. Stay tuned for an unboxing of this pair on Sneaker Surge HK. 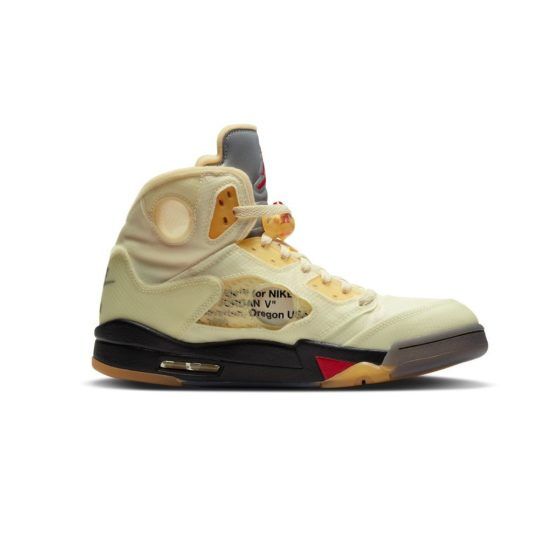 Virgil Abloh teams up with Jordan brand once again for his latest design of the Off-White x Air Jordan 5 ‘Sail,’ which released on 29 October. The shoe follows after the black colorway that came out earlier this year. Abloh tapped high fashion skater Erik Artaega, AKA Instagram’s @burberry.erry who is known for his fashion flair, skate tricks and most notably his ability to beat up the most highly coveted kicks in fashion in the process. It comes with a matching tonal hoodie, track pants as well as a graphic t-shirt so you can dress head to toe in the iconic fives. 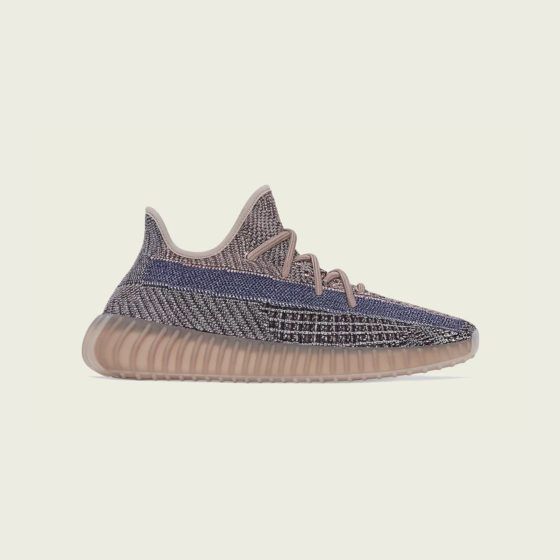 Just in case we haven’t had enough from Yeezy after his three-hour long interview with Joe Rogan, he is now releasing another colourway of his 350 V2 Sneaker just hot on the heels of October’s release of the light-coloured ‘Natural’ colourway. Initially coined ‘Yecher’ (from the Hebrew name ‘Jezer’) which translates into “purpose,” it was later changed due to backlash from multiple religious groups. The shoe is given a purple and blue fade and a tonal brown base, matching sock-liner and laces. It’s allegedly slated for 11 November release. 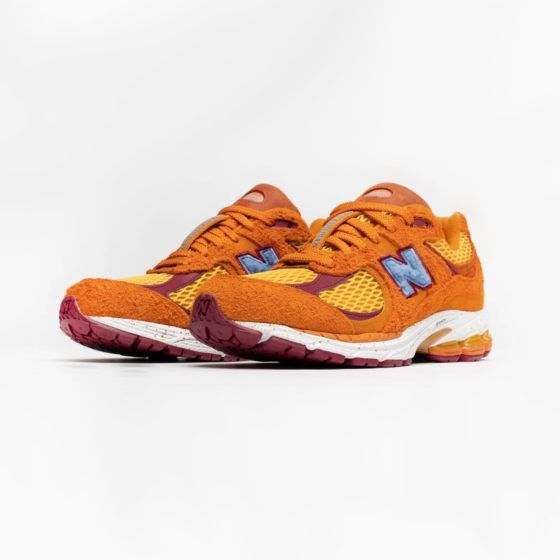 Salehe Bembury, ex-Yeezy designer and Versace’s vice president of Sneakers and Men’s Footwear is officially playing in the same league as Virgil Abloh, having been given the FNAA (Footwear News’ Achievement Awards) Designer of the Year award. He’s also behind one of 2020’s coolest releases. Inspired by the Arizona outdoors, and in particular the Antelope Canyon, the shoe has a deep burnt orange base with a pop of light blue appearing on the logo. The designer teased the collaboration in April this year, showing us parts of the laces, and his name appearing in blue. The pair has also been spotted on celebrities such as Colombian singer-songwriter Maluma, making it even more sought-after this season. 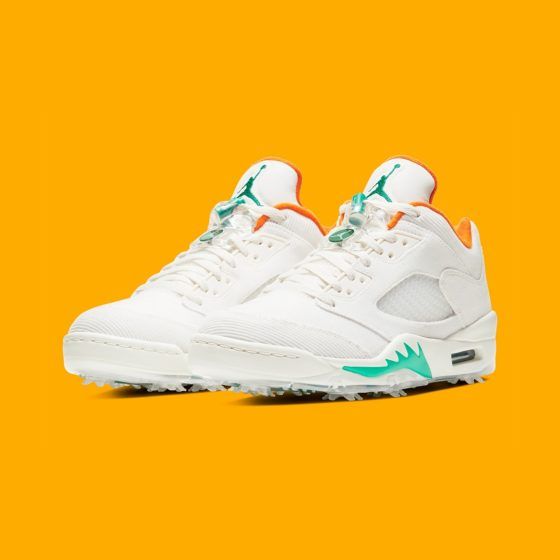 It’s tee-time, folks. One of Jordan’s favorite hobbies after his basketball career has been playing golf, and to celebrate this year’s US Masters, Jordan is releasing a special edition golf shoe in the coveted Air Jordan 5 silhouette, just days before the tournament begins on 12 November. Nike and Jordan golf shoes are notoriously impossible to find in Hong Kong, so expect to search high and low online for this retro-inspired pair. 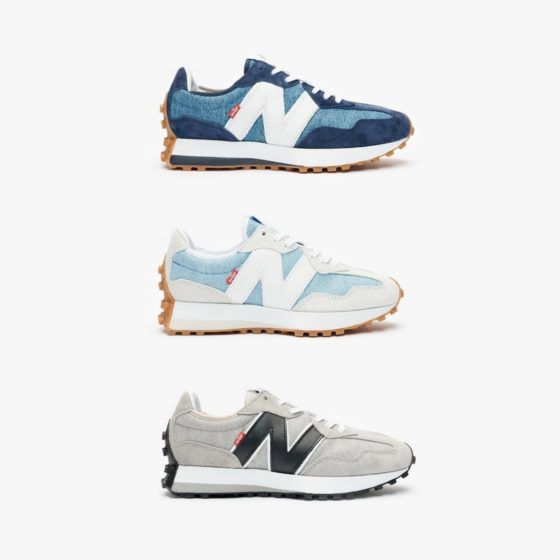 The New Balance 327 lifestyle sneaker has made a huge comeback this year. We saw a women’s collaboration with Staud last month amongst several high profile releases, and now Levi’s has applied their signature denim touch to the silhouette. The pack comes in three colorways catered to both males and females and is also accompanied with three denim trucker jackets and a graphic T-shirt. (Earlier slated for a release on 10 November, the drop has been delayed to 3 December). 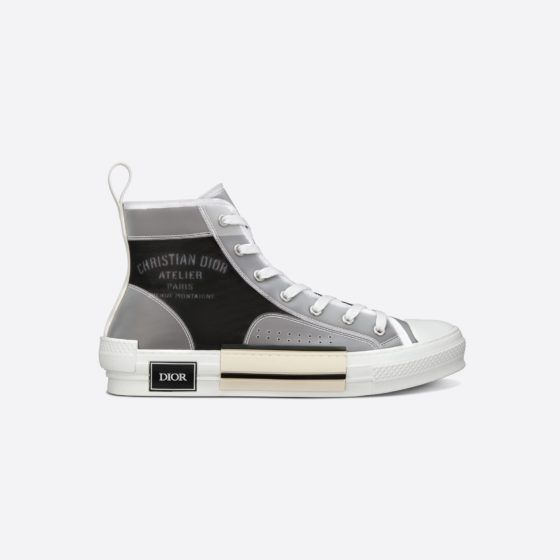 Kim Jones’s B23 Oblique high top sneaker was at the top of everyone’s Christmas list last year, and it’s still equally coveted for 2020, thanks to its unique sheer overlay upper, which sets it apart from other hype and luxury sneakers in the market. This Christmas, Kim Jones releases a new dark grey canvas colorway which has been selling out like hot cakes: The classic sneaker can be dressed up and dressed down as you please, available in men’s sizing and will work for ladies with a larger shoe size too. 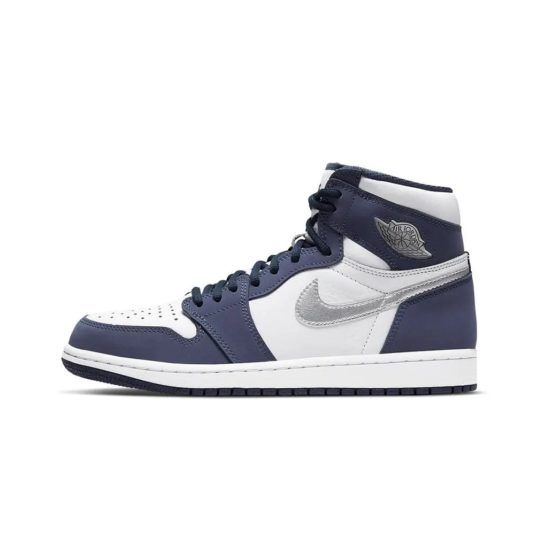 This pair was released 20 years ago in 2001 as a Japan-exclusive along with the Metallic Silver ‘Tokyo’ colourway. Now, the ‘OG Japan Midnight Navy’ has returned for its global debut on 31 October. The ‘Japan Pack’ is recorded as the first time Jordan Brand released ‘non-classic’ Jordan colourways, as well as the first time the brand ever had a country-exclusive sneaker pack. The 2020 edition will have slight tweaks compared to the 2001 edition and will come in full family sizing. 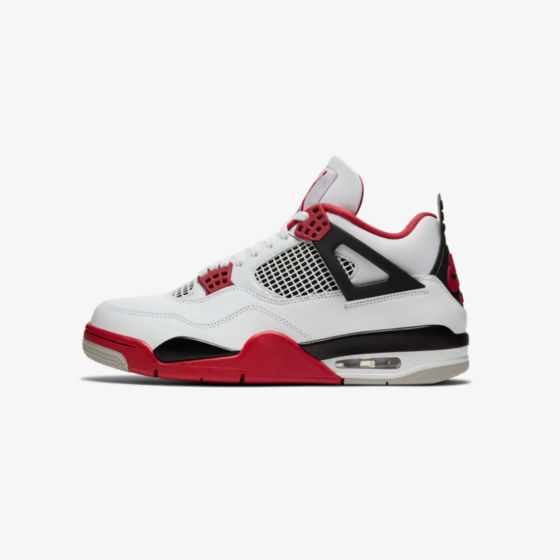 Bringing back the basics! Jordan brand is releasing the Air Jordan 4 ‘Fire Red’ in its true original design and colourway with the classic “Nike Air” branding on the heel tab. This pair has not been seen since its original release in 1989. It also comes packaged with a vintage Nike hangtag as well as original style box. The Nike SNKRS app did a shock drop of this pair on 27 October which — naturally — sold out immediately. However, it is available officially once again on 28 November — stay tuned to watch a Sneaker Surge HK unboxing on the same day. 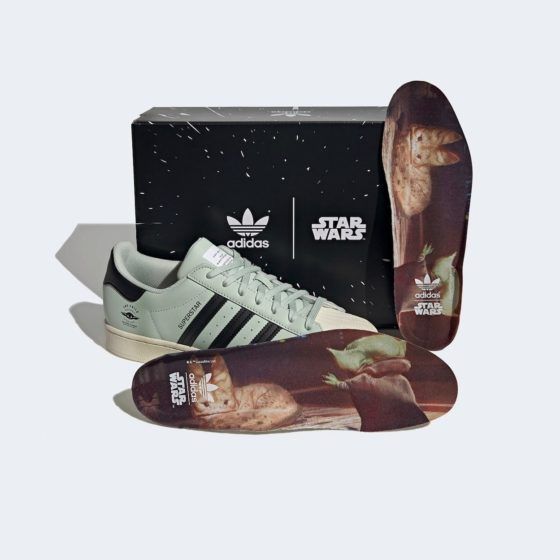 Coinciding with the release of the second season of ‘The Mandalorian,’ Disney + and Adidas have teamed up to release a nine-pack collection of sneakers fully inspired by the Star Wars franchise. The collection includes the most popular Adidas silhouettes including the Superstar, the NMD, the gazelle and the ZX 2K Boost. The collection aims to transform each shoe “into the galaxy’s greatest characters and moments” and achieves this by special detailing on socklines, prints, luxe materials and specific colours. Baby Yoda Superstars? Impossible to resist. Collect them all when they hit shelves on 4 November.

Release date
4 November 2020
Shop here
Sneakers Dior Adidas New Balance Levi's air jordan
Lifestyle Asia
Here's where you can read the latest news and stories from Lifestyle Asia and our sister titles PrestigeOnline and Augustman, curated from all of our editions in Hong Kong, Singapore, Kuala Lumpur, Bangkok and India.
Luxury
Sign up for our newsletters to have the latest stories delivered straight to your inbox every week.