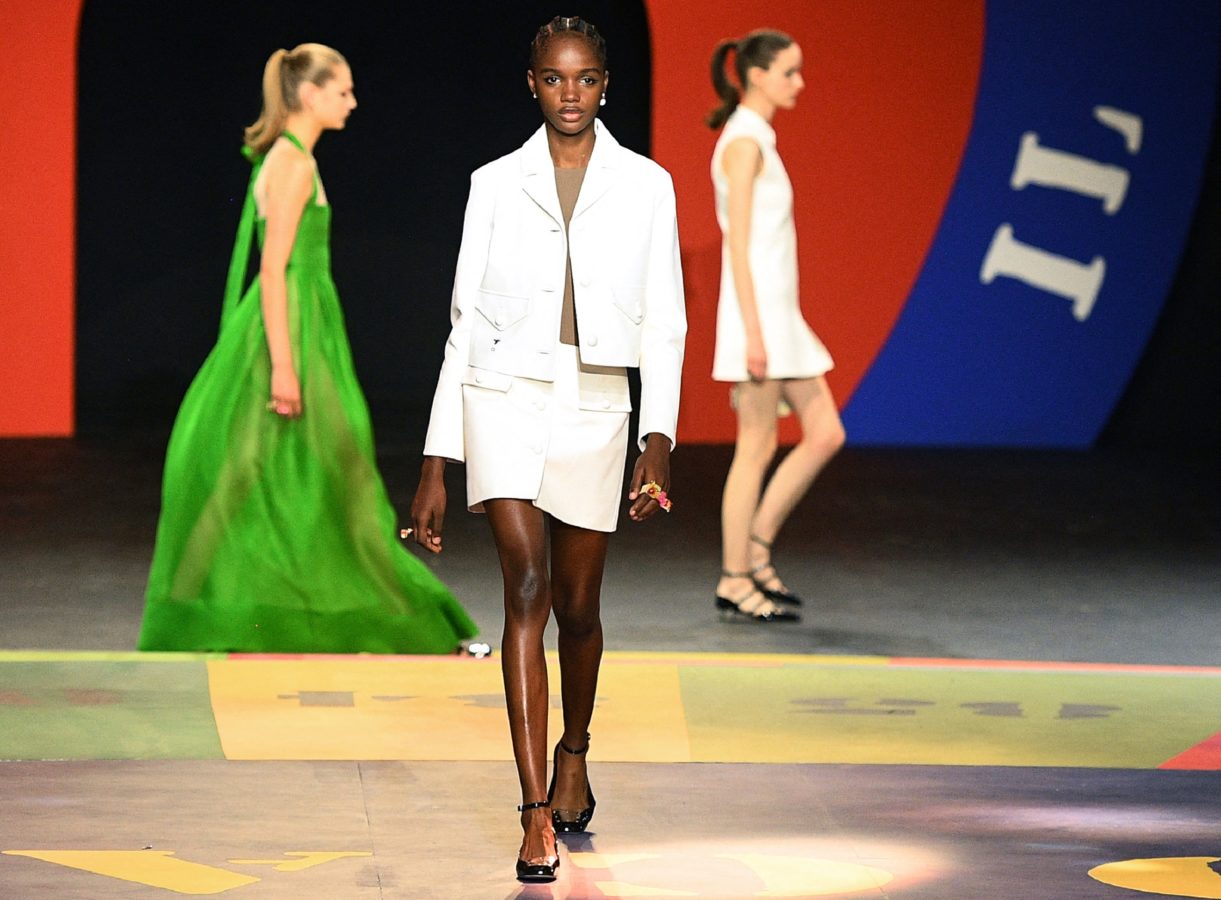 Style
Will 2022 be the year of the skirt suit?
Share this article
Next article

Two highly influential generations — namely Z and Y — are pulling their attention to the skirt suit. Here’s why it could become the it-item for 2022.

Long considered a classic in women’s wardrobes, the skirt suit hasn’t been considered a must-have piece for younger generations for several decades. But that could change in 2022 as the iconic set — despite its associations with strict cuts and a sophistication that don’t reflect the current zeitgeist — is being embraced by two highly influential generations, namely Z and Y … And brands are of course taking notice.

The skirt suit lives on — even despite the pandemic

The pandemic looked like it would put the final nail in the coffin of the skirt suit, as more casual clothing became the go-to across cultures and demographics. And yet, to the surprise of many it seems to be in the process of becoming “THE” flagship piece of 2022. While it may have never totally disappeared, this once-essential piece of women’s wardrobes recently looked like it had been left for dead, so what’s behind this turnaround? Seen on the catwalks for the spring-summer collections of next season, as well as on social networks where the skirt suit is becoming a sensation with fashionistas in their 20s and 30s, the skirt suit is making a comeback. And labels like Christian Dior and Coco Chanel, who helped make it iconic in the 1950s, must be pleased with all the visibility this piece is attracting.

Who said the suit was old-fashioned? Certainly not us. In fact nearly a year ago, when many countries were locking down for another covid-19 wave, Thomas Zylberman, fashion designer at Carlin International, predicted that this nearly forgotten classic would find a new following and re-establish itself. And it didn’t take long for the expert’s vision to become reality. The skirt suit is in the process of making a stunning return to the forefront of the fashion scene, and carving out choice placement in the closets of Gen Z and millennial shoppers, the fashion industry’s two favorite targets.

Dua Lipa, Camila Mendes, Emma Chamberlain, Hailey Bieber Baldwin are among the Gen Z celebrities — some of the top influencers on social media — who have already embraced the skirt suit, reinterpreting it in their own way in versions combining elegance and modernity with a sexy touch. But don’t misinterpret that: while the skirt suit has many followers when it comes in silk, quilted, or in more classic materials, it is also popular in its most iconic version — Coco Chanel would surely agree — in tweed. Gone are the bourgeois lady connotations, tweed is popular with 20-somethings, and even a younger crowd.

Eighteen-year-old singer Olivia Rodrigo caused a sensation during her visit to the White House last July. Invited by Joe Biden, the pop star showed off a tweed skirt suit, and her sartorial choice did not go unnoticed. This appearance helped restore the reputation of a piece once thought to be firmly in the past. Millennials, like Chiara Ferragni, one of the most powerful influencers in the world, are alo snapping them up in droves.

Travel
The top trending travel destinations to explore in 2022, ranked

At the beginning of the season, during fashion weeks, many major fashion houses placed the skirt suit at the center of their spring-summer 2022 collections, reinterpreting it in more modern versions. While tweed remains a must-have in this regard, especially at Chanel, the skirt seems to have lost a few inches since its previous heyday; jackets are either cut ultra short — cropped — oversized, asymmetrical, or in sporty versions. The whole thing is embellished with accessories, including large belts, chains, and embroidered flowers, and of course they are showing up in bright colors, in line with the trends of the season.

Chanel, Dior, and Moschino are among the houses that have shown several interpretations of the skirt suit, as well as, to a lesser extent, Saint Laurent, whose blazer evolving into a dress has once again caused a sensation. Note that the skirt suit has also been transformed, by some labels, into a short suit, with beautiful results. Fans take notice.