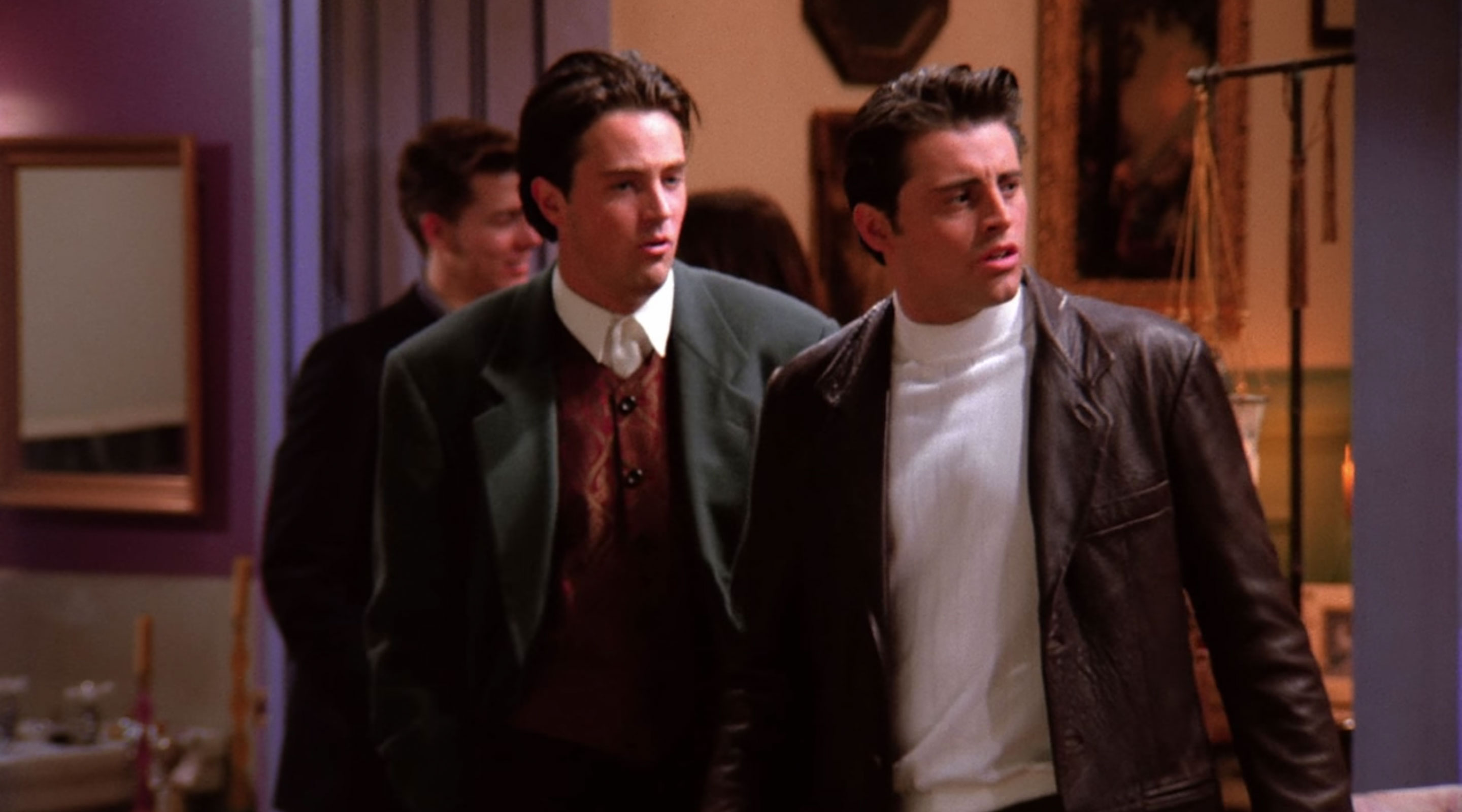 So no one told you life was gonna be this way. But 25 years later, Friends and all its iconic one-liners, “will-they-won’t-they” romances, and crazy 90s outfits are still there for you. It’s still one of television’s most popular shows, providing a sense of unity for 90s kids and millennials all over the world. Quote a moment from Friends and you’re sure to make yourself a few friends wherever you are.

When Netflix opened all 10 seasons at once, none of us really had any choice but to rewatch the whole series from start to finish. And now that this September marks the 25th anniversary of the premier of possibly the greatest show in television history, we again returned to our sofas in front of the TV and didn’t get up again until that final shot of the 6 keys and the purple door. After all these years: “Are you still watching ‘Friends’”? Yes, Netflix, we are.

Food & Drink
Foodies, here are the best food shows on Netflix you need to watch

And while we’ve been re-rewatching the entire series, we’ve realised what makes these characters so iconic and memorable. It’s not just their mannerisms and one-liners — it’s their whole aesthetic. Rachel wouldn’t be Rachel without her miniskirts and knee-high boots; Phoebe wouldn’t be Phoebe without her hippie garb and gypsy dresses. The magic of the fashion in ‘Friends’ is the way they perfectly encapsulate what we love about each character’s personality.

So, in celebration of our silver anniversary with Chandler, Monica, Phoebe, Joey, Ross, and Rachel, we’re going back to look at each of their greatest looks on the show. From Phoebe’s mink coat to Rachel’s cheerleader costume, here are our favourite fashion moments from ‘Friends’ that show exactly why we love these characters.

Chandler is probably not the most fashionable of the ‘friends’, but we’ve got to love the charm of the retro look. If 90s fashion can be considered vintage now, then Chandler’s sense of style throughout the show might seem positively antique.

The sarcastic Mr Bing is often spotted in a 40s style waistcoat pulled over almost everything from his boxy bowler shirts to his office shirt-and-tie. The vintage brings out the softer and romantic side of Chandler Bing — the side we’re all secretly in love with. That’s probably also why we’re into his more chill athletic looks, particularly all the times he’s seen in his backwards baseball cap. The sporty look on Chandler is a little bit ironic, but that’s probably exactly why he wears it.

Definitely look to Monica Geller if you’re looking for chic workwear inspiration. Business-minded and hard-working, Monica always seems to put a cool elevation on office wear. Sure, she’s got some cute work-approved dresses, but what we especially love is that Monica was never afraid to get into the androgynous style vibe. She may be the OCD perfectionist of the group, but she definitely didn’t pass on kicking back casually in a pair of jeans. We love all the ways she wore denim — she rocks a pair of jeans with a plaid shirt and converse just as coolly as she does with a minidress. It’s on these occasions where we see the full Monica — the laidback vibe makes her a more complex three-dimensional character.

Kooky, kind-hearted, and endearingly eccentric, Phoebe’s boho-chic style is one that’s definitely still relevant today. Aligned with what we’d call “festival style” nowadays, the fringe jackets and floaty dresses are all symbolic of Phoebe’s spiritual and wholesome character. She can also pull off more sleek formal looks with her signature layering of dresses over tops for a cute smart casual outfit. Our favourite of all her iconic style moments, however, has got to be her inability to resist the mink fur coat. Phoebe-the-Vegan condemns Rachel for loving the coat of real animal fur — “You think this looks good?!” — but then has a swift change of attitude the second she sees her reflection in the mirror — “Because I do!”. Still, Phoebe will always be known for her compassion and earth-loving nature, so her orange coat of vegan fur is still her best and most iconic look.

Joey’s style could be described as the direct opposite of Chandler’s. Where Chandler has his office worker’s 9-to-5 outfits, Joey’s wardrobe is somewhat split between his “jock stuck in high school” and unemployed actor aesthetic. There’s a mix between athletic jerseys (if there’s one thing Joey wears best it’s the sports team sweatshirt) and oversized woolly sweaters. We love both, and both complement each other to form Joey’s lovable, forever young, cuddly character. He’s also not afraid to use fashion itself to make a joke: we don’t even have to remind you about the time he mockingly impersonated Chandler by wearing every single item from his friend’s wardrobe. “Could I be wearing any more clothes?”

In the nicest way possible: Ross’s wardrobe is as bland as his character. There’s little to no experimentation, and the endless baggy shirts and trousers scream “dad” in every episode. But perhaps we’re being too harsh. Ross is in fact a dad, as well as a professor, so of course he has to dress appropriately. He does so with shirts that are a little too big for him and old-man tweed jackets with elbow patches. Of course, Ross isn’t all the sappy, meek palaeontologist we’re led to believe he is. We all know there’s more to him than meets the eye. And there were a couple of occasions where we saw sparks of this side through his sartorial creativity. One memorable one is his New Years’ resolution to up his style game and buy a pair of leather trousers, which he then struggles to wear. The other one was — you guessed it — *that* armadillo costume.

And of course, the style queen of pop culture herself. Rachel Green’s style has become so iconic that Ralph Lauren are now making an entire collection based on her outfits on the show. There were so many Rachel fashion moments we were obsessed with, and there’s certainly something about her tiny skirts and tight crop t-shirts that resonates with young girls everywhere. There’s something charming about Rachel’s aesthetic — a combination between spoilt daddy’s girl and terrible-because-underpaid waitress. She can pretty much pull off anything, but what we love most is that each of her outfits showed her abilities to self-empower. Rachel showed us that it was perfectly acceptable to have a cheerleader outfit as a secret seductive weapon. She also showed us that there’s no shame in lying on the sofa with a beer in your wedding dress. Knowing that looking good can help you feel good too is a relevant and valuable lesson to be learned from this iconic fashionista. From preppy to glamorous to full-blown wedding gown — Rachel’s outfits are a big part of the character we know and love today.