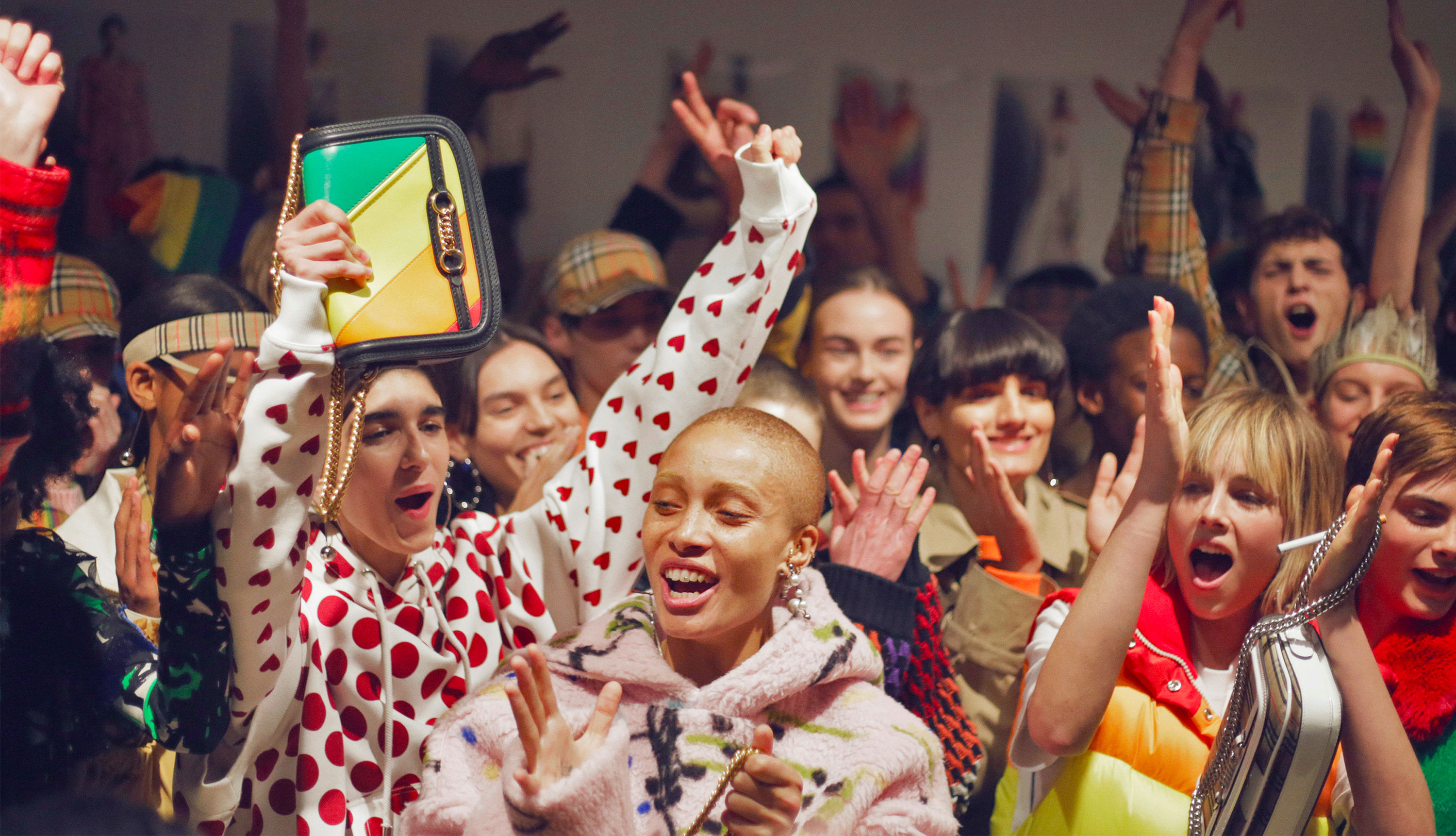 London Fashion Week has come and gone for another season, and for those of you who were too busy to keep track of all the happenings, we’ve got you sorted with our highlights from the action-packed week. From celebrating LGBTQ+ pride at Burberry to Queen Elizabeth II‘s first Fashion Week appearance, scroll down to find out our 5 favourite moments from London Fashion Week Fall 2018. 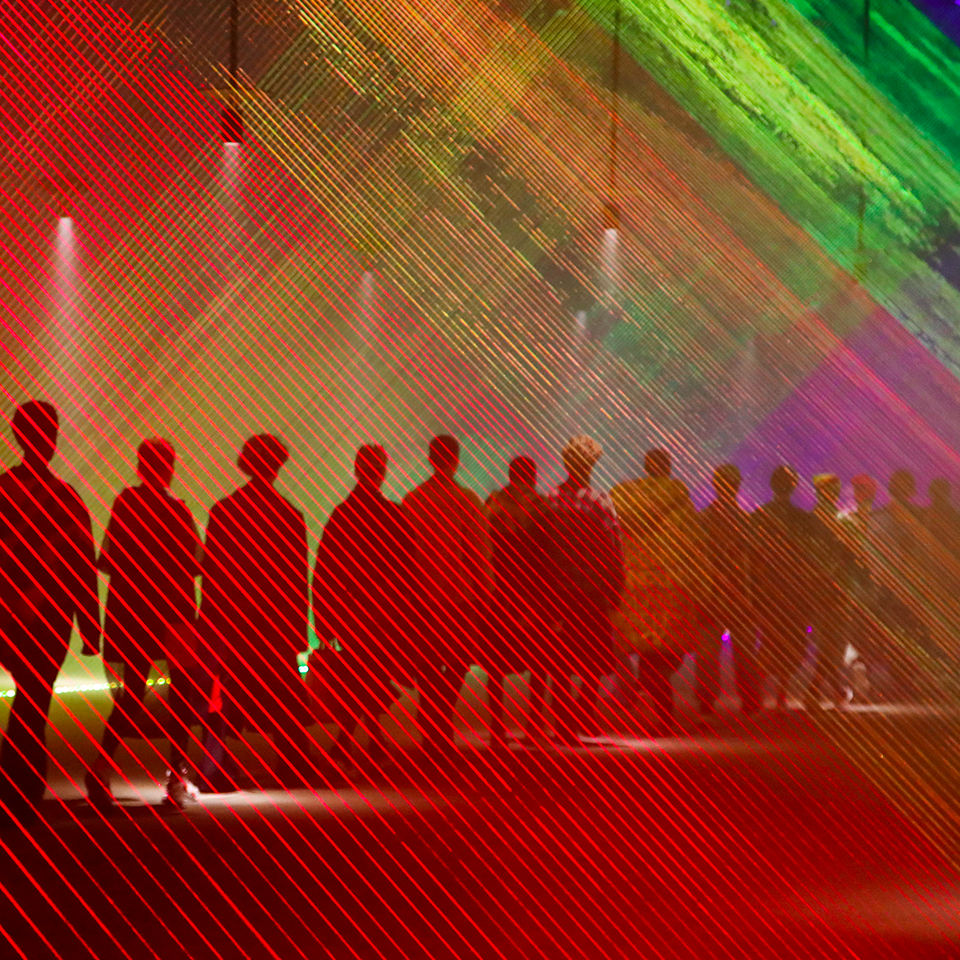 Christopher Bailey concluded his 17-year tenure at the British fashion house with a very colourful goodbye. Dedicating his final show in support of gay pride, the designer presented a collection of 85 looks featuring multicoloured pieces from puffer vests, shell jackets and plaid trenches, to blanket ponchos and beanies. “My final collection here at Burberry is dedicated to – and in support of – some of the best and brightest organisations supporting LGBTQ+ youth around the world,” explained Bailey. “There has never been a more important time to say that in our diversity lies our strength, and our creativity.” We cannot agree more. The show was closed by none other than Cara Delevingne, who walked down the runway wearing a beautiful faux fur rainbow cape. 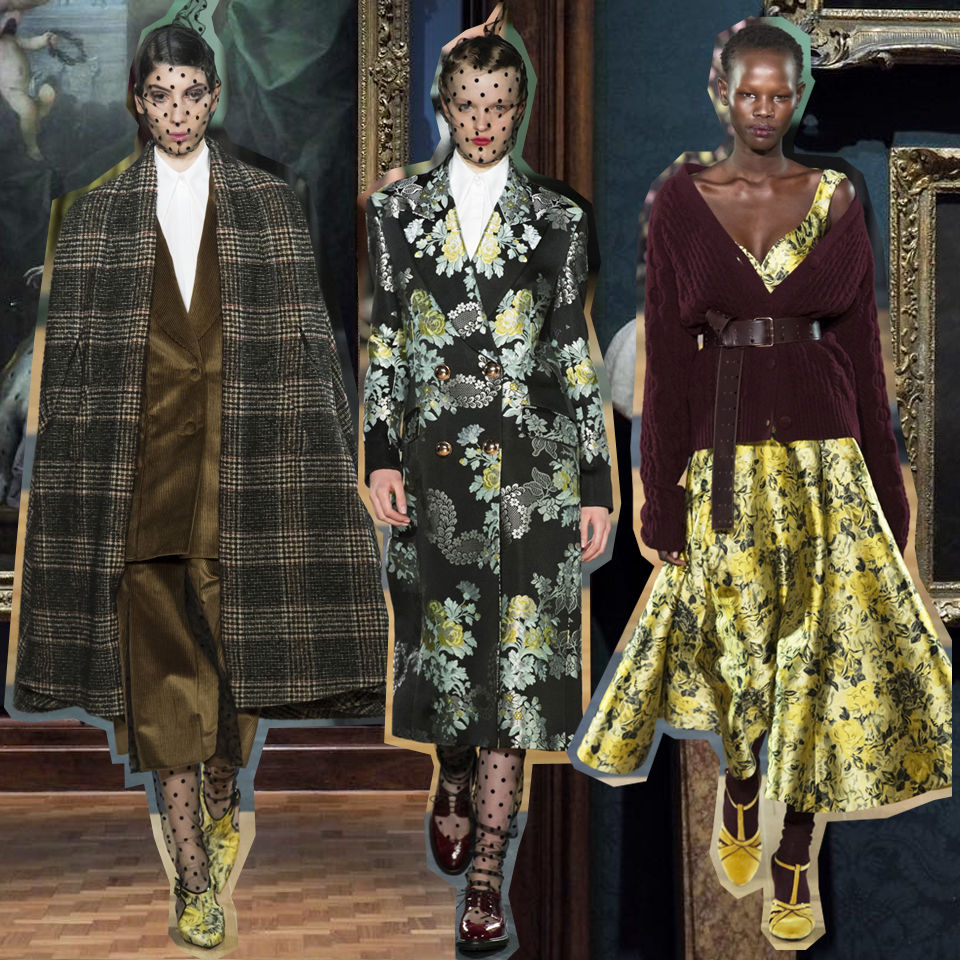 The National Portrait Gallery closed down for Erdem

The National Portrait Gallery, which houses centuries-old portraits of historically significant figures in British history, closed down for the very first time to make room for Erdem‘s Fall 2018 fashion show. It provided the perfect backdrop for the collection, which consists of dark, flowery jacquard dresses, sheer black polka dot veils and inky furs with an aesthetic that merges British aristocracy with the bejewelled opulence of the American Jazz Age. The inspiration? Adele Astaire, a talented and independent American showgirl who gave up her stage career to marry Lord Charles Cavendish, the second son of the 9th Duke of Devonshire, and led a very formal aristocratic life for over a decade. 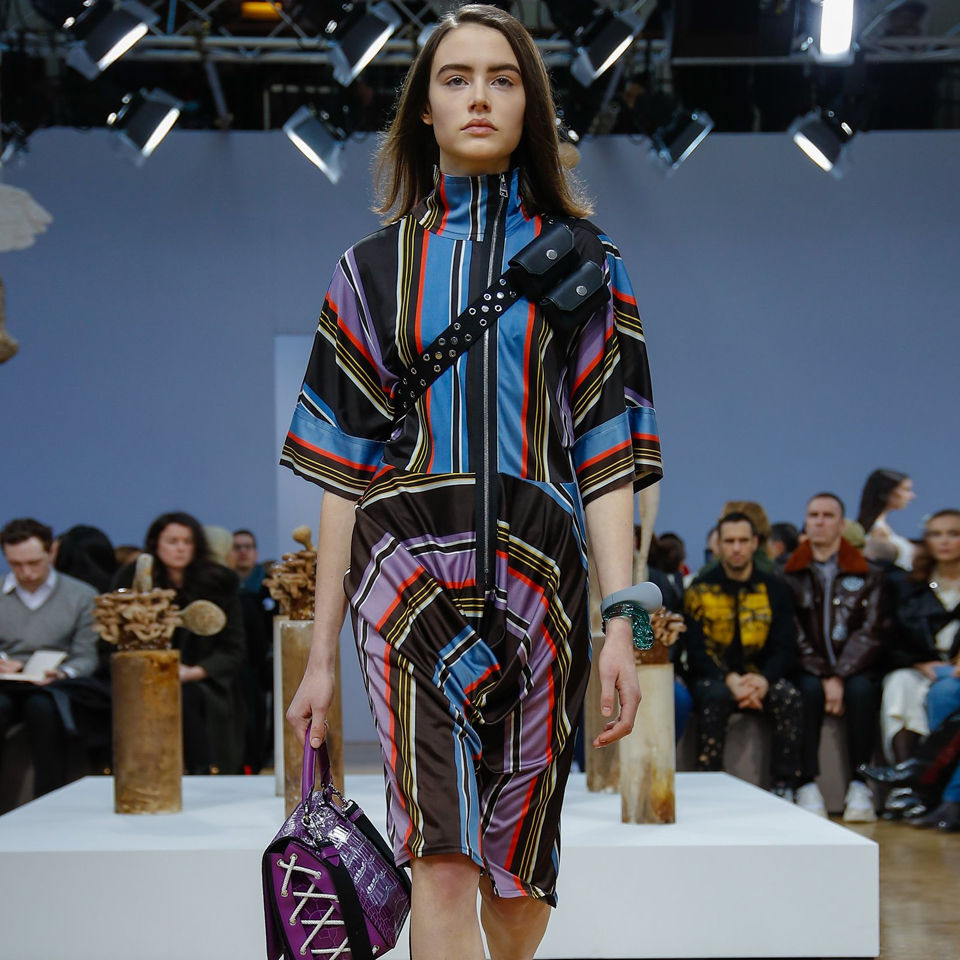 JW Anderson, who skipped the London menswear shows in January, became the latest designer to break away from tradition and take the new co-ed approach to runway shows. “I wanted to reconfigure the entire way we do things,” he told Vogue. “It doesn’t make sense to develop small collections. It’s time to pare back and start again.” The collection itself features a merge of different aesthetics from outdoorsy utility wear to more elements such as pom-poms and pleats, all inspired by contemporary art and its relationship with nature. 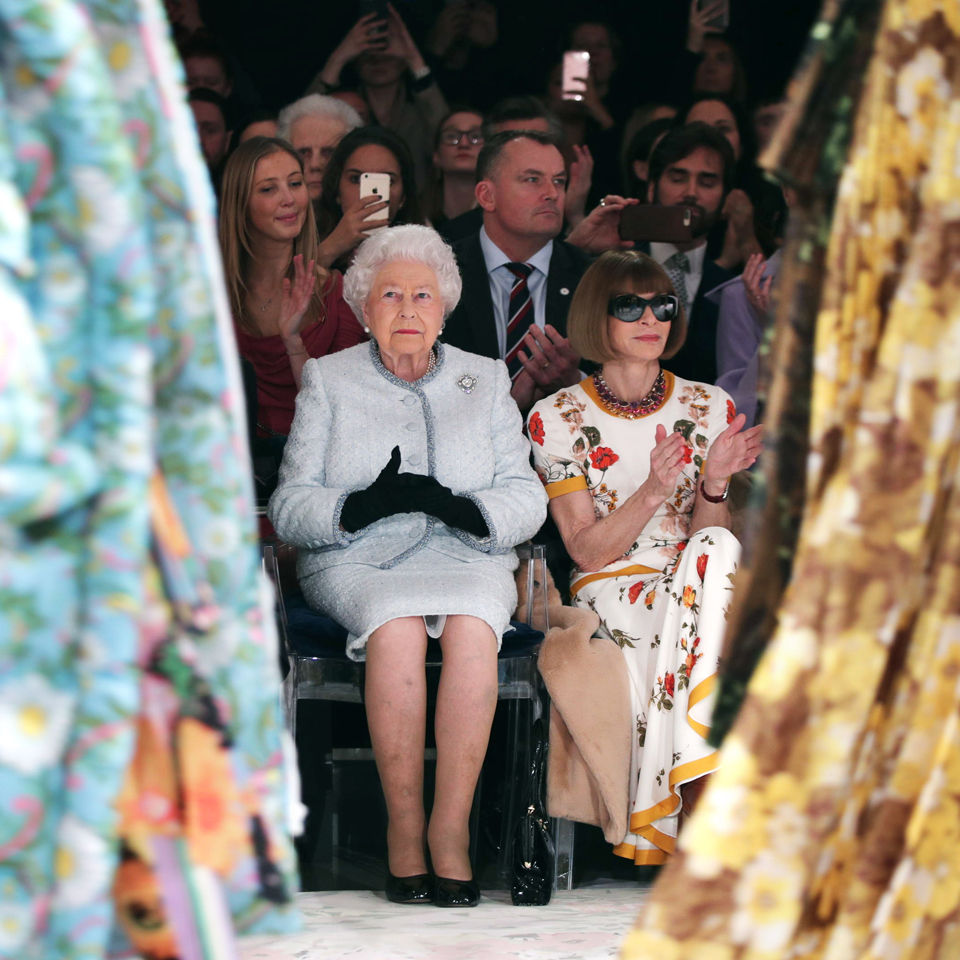 How many designers in the world can say that they have the Queen of England sitting front row at their fashion show? Well, British designer Richard Quinn just became the one and only. The 91-year-old Queen Elizabeth II surprised everyone as she walked to her seat (topped with a blue velvet cushion) next to Vogue’s editor-in-chief Anna Wintour and British Fashion Council’s Chief Executive Caroline Rush, where she enjoyed the entire show before presenting Quinn with the inaugural Queen Elizabeth II Award for British Design. Though this was the monarch’s very first time attending Fashion Week, she looked rather at ease dressed stylishly in a duck-egg blue tweed dress and jacket embellished with Swarovski crystals, topped with a pair of black gloves. 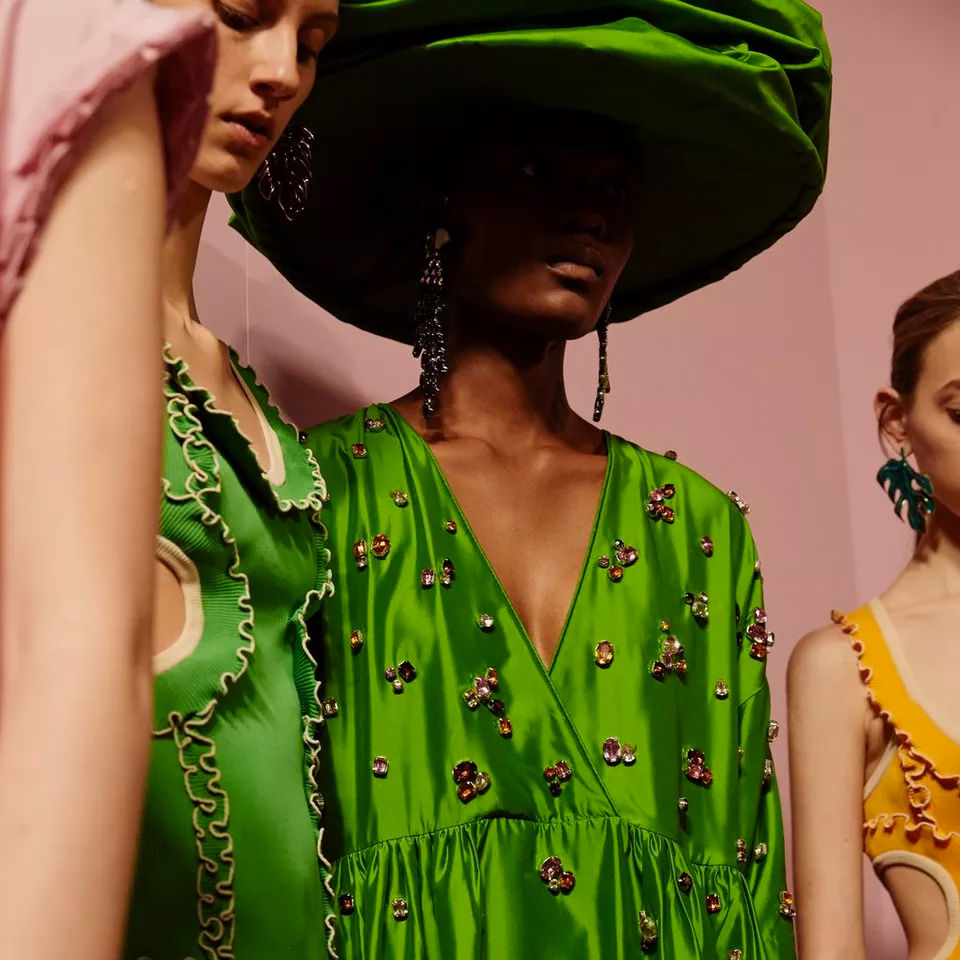 Taking over the magnificent 18th-century Spencer House (Princess Diana’s ancestral home) in London, Mulberry presented its first see-now-buy-now collection at a vintage music box-inspired show space, which also marked the start of ‘Beyond Heritage’, a series of events celebrating the new season. The Spring Summer 2018 creations are embellished with bold prints and a playful colour palette topped with elements borrowed from the turn of the century, with inspirations taken from typical English pastimes dating back to the Edwardiana era, from garden parties to the great tradition of serving tea in fine bone china.