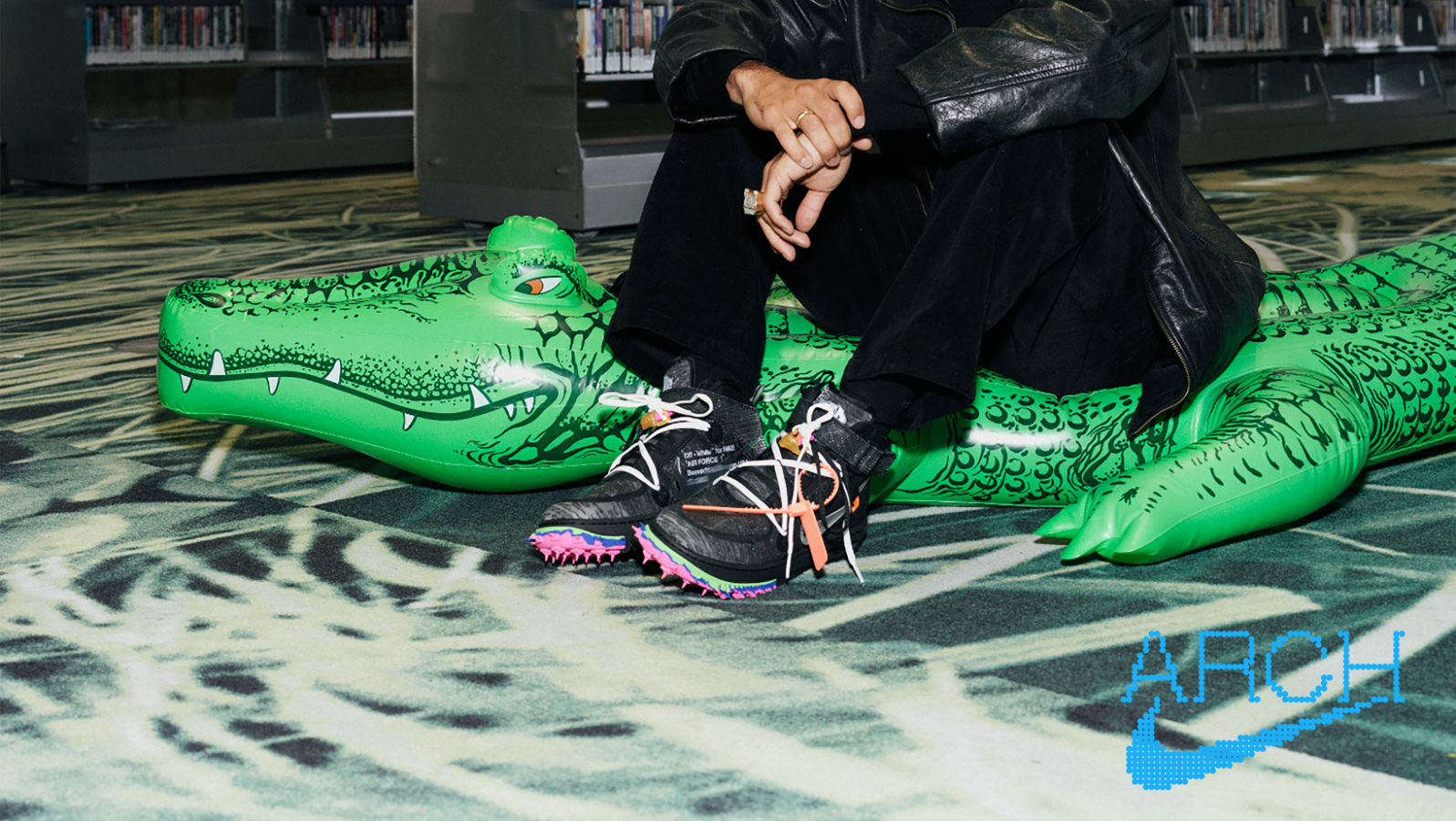 The shoes were designed by the late designer himself, with the campaign serving as a celebration of the AF1’s 40th anniversary as well as the legacy of Virgil Abloh, in what would be his final collaboration with Nike.

The visuals were directed by creative studio Architecture, which Abloh founded back in 2020, while the images were shot at the Seattle Public Library as a homage to the campaigns he directed for Off-White™ at Mies van der Robe’s Barcelona Pavilion, Le Corbusier’s Villa Savoie and Phillip Johnson’s Glass House.

The Nike AF1 had its beginnings back in the early 80s and was created by designer Bruce Kilgore. The sneakers marked Nike’s first basketball shoes to use the Nike Air technology for better performance in both street and professional basketball play. Offered in low, mid, and hip-top styles, the Air Force 1s are also commonly used in fashion.

Abloh, of course, took the identity and design of the AF1 to new heights. The latest collaboration has debuted with a mid-style model with ankle straps, also known as the “proprioceptus belt”, reinforced with the exclusive, familiar Helvetica text to represent Off-White™. While the shape remains intact, the new shoes are remade with a synthetic textile, weaved throughout in a wave-like pattern. Featuring brightly coloured and spiked outsoles along with a secondary set of shoelaces looping through the Flywire cables, the AF1 Mids this time are available in two shades: black and white.

They can be worn every day, on any occasion, and in a variety of styles, or, in other words, without limits – just like the visionary that was Virgil Abloh.

Get ready, folks, because this once-in-a-lifetime, legacy collection will soon be dropping in Thailand and for limited offers only.