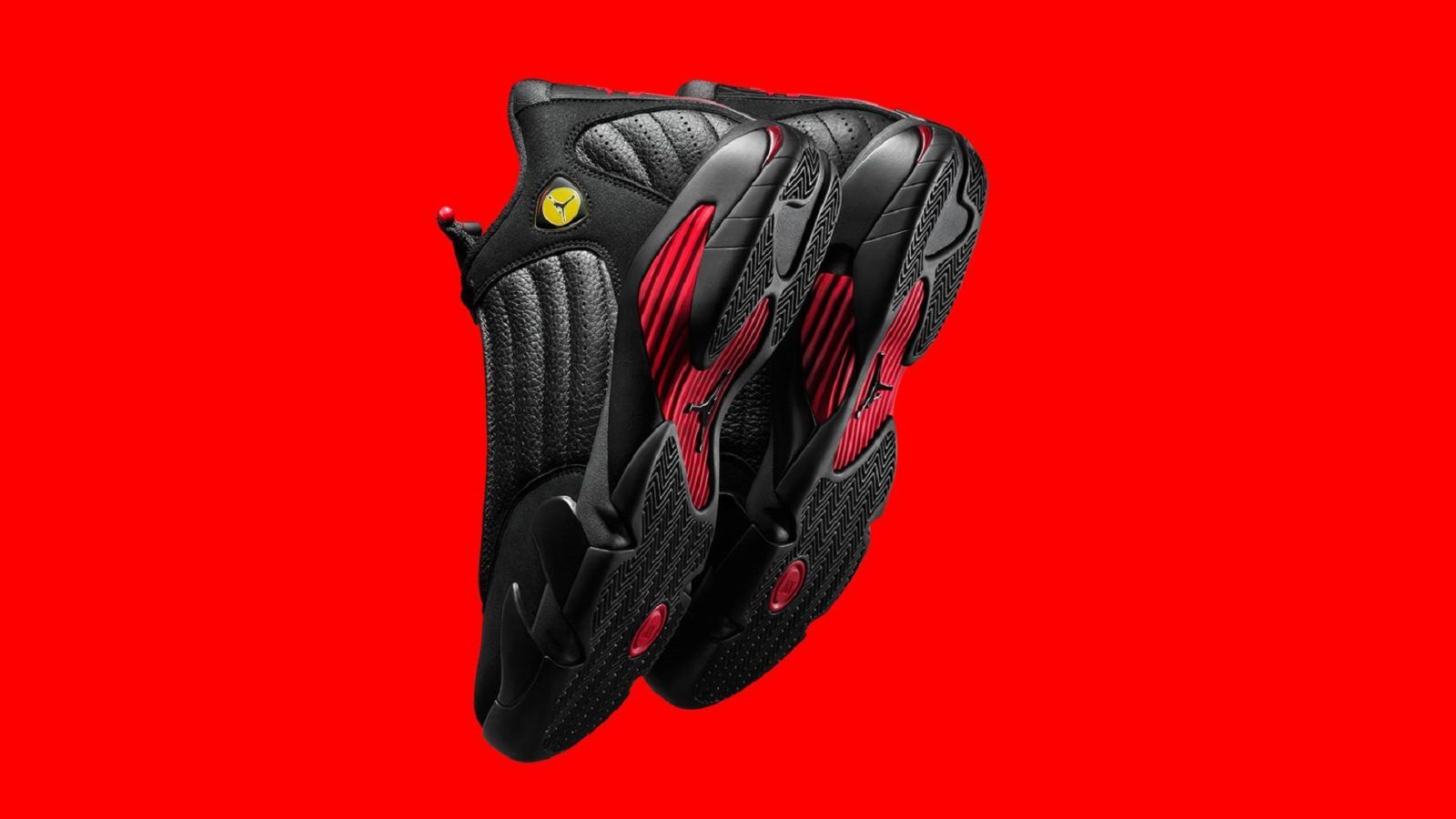 12 things you may not know about Air Jordans

If you love sneakers, then it is unlikely you haven’t heard of Air Jordan. One of the world’s most successful shoe lines, Air Jordans are a legacy that revolutionised sports and fashion.

Whether you already possess a pair or plan to buy in future, here are some interesting facts about the brand that is a family of technologically advanced, aesthetically designed, comfortable and high-performance shoes.

The name ‘Air Jordan’ was coined by Michael’s agent

We have David Falk, Michael’s agent from 1984 to 2003, to thank for convincing the basketball star to collaborate with Nike. An Adidas fan, Jordan initially refused to sign up with Nike. When Michael remained adamant on his choice, Falk reached out to his family. “I couldn’t even get him to get on the damn plane and go visit the [Nike] campus. So I called his parents,” Falk says in The Last Dance, a 10-part documentary series on Jordan. It was Michael’s mother who made him visit Nike which resulted in a deal, including a shoe line — Air Jordan, a name coined by Falk.

The first Air Jordan was ‘banned’ by NBA

On October 18, 1984, Michael wore an Air Jordan prototype for the first time on the basketball court. The distinctive red-and-black sneakers would be launched as Air Jordan I the following year. Strict about upholding its uniform colour shoe rule, the National Basketball Association (NBA) banned the sneakers and fined Michael US$5,000 (approx. THB 153,745) each time he wore the shoes. Nike capitalised on the decision and successfully created a marketing campaign around the NBA rules before launching Air Jordan I, which was priced at US$65 (approx. THB 1,998).

The ‘Jumpman’ is one of the most famous athletic logos and has featured on all sneakers after first appearing on Air Jordan III in 1988. The logo depicts a silhouette of Michael leaping in the air, with legs stretched, about to dunk. Its inspiration came from an original photograph of Michael that first appeared in advertisements, apparels and hang tag for Air Jordan I in 1985.

Known as “the grail” among Air Jordans, this shoe was originally launched in 1995. It is the first in the line to use a full-length carbon fibre plate. But what makes it stand out from the rest is the patent leather accents below the unique ballistic nylon upper cloth, which earned it the name ‘Concord’. The idea of incorporating leather in a sneaker was suggested by Jordan and Tinker Hatfield, the legendary designer behind most of the Air Jordans, found inspiration from a Japanese custom-made Nike baseball shoe.

The ‘Concord’ has been phenomenally popular among players, entertainers and fans, and also made an appearance in the acclaimed movie Space Jam. Thus, when Nike launched the Air Jordan XI Retro Concords just two days before Christmas in 2011, pandemonium ensued as thousands thronged to malls in parts of the US. Police were called for crowd control in the states of Indiana, Florida, Texas and Virginia. Some people were arrested for causing disturbances.

The Jordan Brand was born with Air Jordan XIII

The Air Jordan XIII was the first to be launched under the Jordan Brand name in 1997. Nike, which sold all the Air Jordan shoes under its umbrella, created the sub-brand as “a pure, authentic basketball brand of premium, high-performance basketball footwear and apparel.” The shoe was inspired by Michael’s nickname ‘Black Cat’. Its outsole is designed like a panther’s paw and its innovations include a carbon fibre plate for more agility to players. Its green hologram ‘eye’ on the heel gives it a distinct look.

On June 14, 1998, Michael’s team, Chicago Bulls, played against the Utah Jazz in the sixth and last game of the 1998 NBA Finals in Salt Lake City. With just 5.2 seconds left, he gave his team a one-point lead with a jump shot, which eventually led to the Bulls’ championship win. At the time, Michael was wearing Air Jordan XIV. The match was the last time that he donned the Chicago Bulls jersey. For these reasons, the shoe got the famous nickname ‘Last Shot’. The shoe’s design featuring red streaks was inspired by Michael’s Ferrari 550 Maranello car. Due to its low-cut shape and breathable mesh vents on the outsole, the shoe is known as one of the most comfortable AJs every made.

Most Air Jordan designs are based on cars or fighter jets

Michael had entered bike racing in 2004, the year before Air Jordan XX’s release. This inspired the low-cut design and the leash on the ankle that featured on this version. Since it is the 20th-anniversary edition, each heel lists some of Michael’s accomplishments. The straps have more than 200 icons embedded on them through which Michael’s childhood, career and Air Jordan’s legacy are spelled out. On the sides are 69 dimples — a tribute to his highest-scoring game played on March 28, 1990.

XX8 is the costliest Air Jordan to date

Priced at US$250, Air Jordan XX8 was launched in 2013. Its most noticeable feature is the zipped shroud over the upper made from Schoeller mesh, a Swiss fabric used for motorcycle jackets. The moulded external heel counter is made of carbon fibre and technology that used internal straps to wrap up from the midsole and connect with the laces for lightweight support. Air Jordan XX8 also marked the return of the Jordan Brand to using Roman numerals in the names of its shoes. From 2009 to 2012, the sneakers were named after the year of production instead of the traditional naming convention.

Launched in 2014, it is the world’s first woven basketball shoe. Its upper has been designed using special weaving machines that gave both stiffness and softness allowing for a tailored fit. Meant to enhance performance, its Flight Web fit system gives a superior mid-foot lockdown for better movement. The XX9 is eight percent lighter than its predecessor, making it the lightest Air Jordan ever.

Holmes, the winner of the 100-metre dash at the 2008 Beijing Paralympic Games, was the inspiration behind the articulated propulsion technology (APT) of the Air Jordan 2009 sneaker. The technology had its roots in Holmes’ prosthesis. At the time, when she became part of the Team Jordan, Holmes was the only female and only track-and-field athlete on board.

Air Jordan II did away with the Nike logo

Nike is easily identified by its unique swoosh logo on the sides. But the company took a bold move by removing the logo from the Air Jordan II. Released in 1986, it is the only shoe in the history of the line to have been made in Italy. Its faux lizard skin design and stylish lines on the upper body made it known as a luxury sneaker.

Fashion Style Sneakers Nike air jordan Michael Jordan
You might also like ...
Style
Michael Jordan’s Air Jordan 1 High sneakers auction off at a record near 19 million Baht
Style
The Virgil Abloh Women’s Air Jordan IV x Off-White sneaker has finally arrived
Style
6 new sneakers drops to know about this March 2021
Style
Barack Obama’s Nike Hyperdunk sneakers are going up for auction
Manas Sen Gupta
Manas enjoys reading detective fiction and writing about anything that interests him. When not doing either of the two, he checks Instagram for the latest posts by travellers. Winter is his favourite season and he can happily eat a bowl of noodles any time of the day.
Travel Culture Entertainment Food
Sign up for our newsletters to have the latest stories delivered straight to your inbox every week.