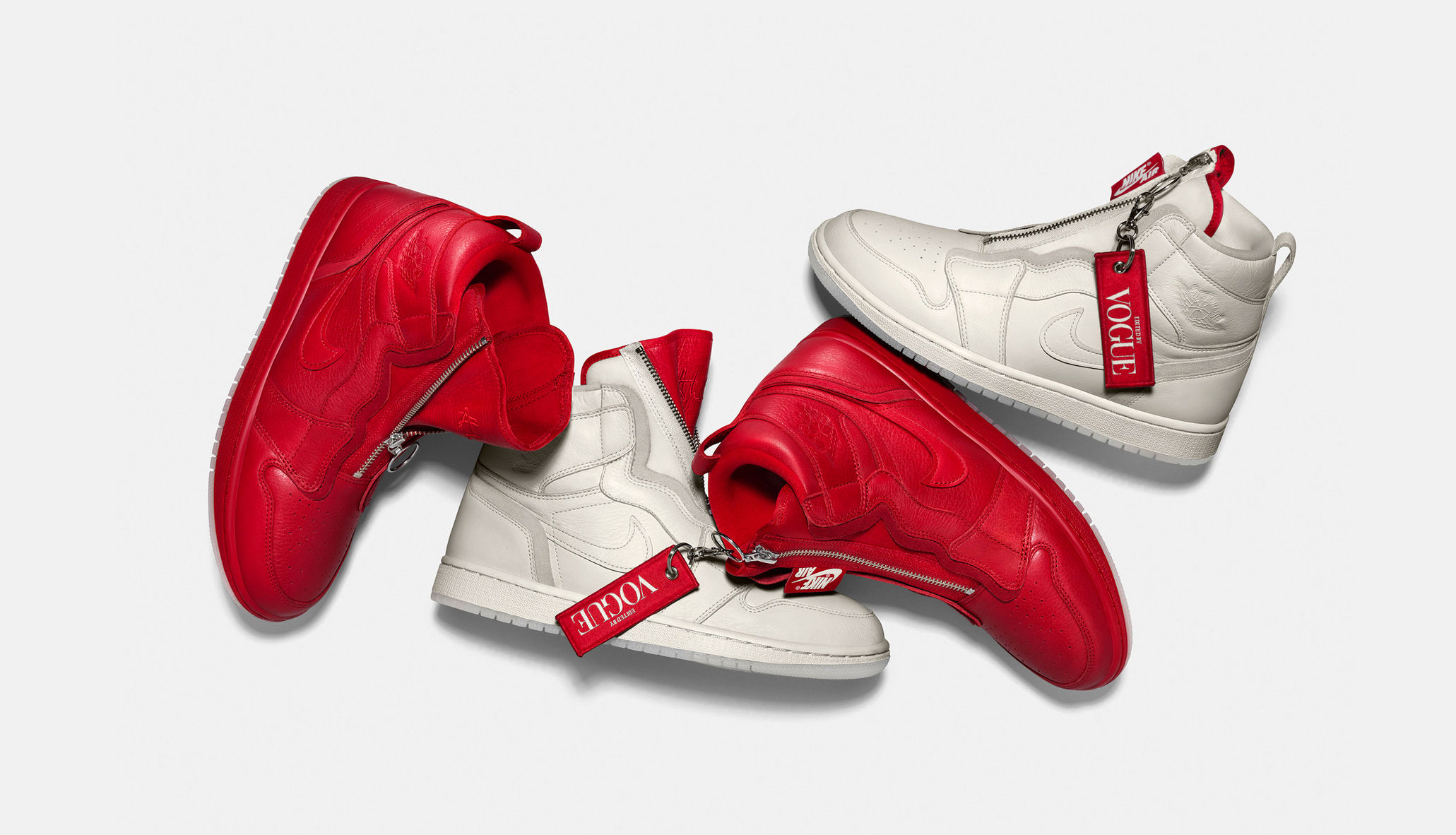 From Nicolas Ghesquière’s sculptural Louis Vuitton Archlights to Demna Gvasalia’s Balenciaga Triple S, sneakers have been popping up all over designer runways for quite some time now, but can they really be considered worthy of high-fashion? If you have any lingering doubts, you can officially put them to rest right now. That’s because Vogue‘s editor-in-chief and Condé Nast‘s artistic director, Anna Wintour — a.k.a. the most powerful person in fashion — has just given sneakers her seal of approval by collaborating with Nike on two special editions of the iconic Air Jordan 1 and Air Jordan 3 SE.

Set to officially launch this summer, these limited-edition sneakers will be available in a total of four colourways. The AJI Zip AWOK, which is based on the Air Jordan 1 silhouette, features a zipped-up, high-top design in red or off-white leather. The AJIII SE AWOK, meanwhile, is a reimagined version of the Air Jordan 3 SE and comes in either black or red tweed, along with glimmering black heels; it’s inspired by Wintour’s favourite Chanel tweed suits and signature black shades. All four sneakers are attached with “Edited by Vogue” Nike Air tags, completed with a tongue and soles stamped with “AWOK” (which stands for “Anna Wintour Okay”) — a well-known sign-off Wintour writes on the printed proofs of Vogue‘s final draft every month — the ultimate symbol of her approval.

For those who don’t quite understand the connection between the always sophisticatedly dressed Wintour and one of the world’s most sought-after sport shoes, perhaps you should watch the video below.